GODS: Lands of Infinity invites you into exiting world full of adventures, battles and quests of unearthly affairs. You can spend hours by discovering the world of Antasion, trading and completing the lead quests of each race or kingdom as well as many side quests helping ordinary people with their troubles.

Ancient world of Bellarion struggles in the neverending war of Gods. Conflict has aroused when Xarax, ruler of Gods of Bellarion, was murdered. Each of the remaining Gods claimed the right for the Divine Throne. After many quarrels, they all agreed that they should arrange the Ultimate Challenge in which all the Gods would cross their powers to show who is the most powerful to rule them all. But the Gods who failed were still not willing to submit to the winner. They summoned their armies and attacked the worshipers of other Gods. By the deaths of their worshipers, Gods lost part of their power and weakened. This deed could not have been left without reply. 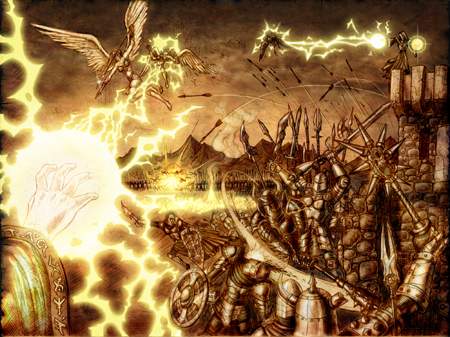 After 2000 years of battles, Bellarion lies in ruins. Vast black deserts of ashes, chasms sinking into the lava, earth torn and frozen into the lifeless glacier – that’s what most of Bellarion remained. Gods with their armies fortified in the heavily protected fortresses and sealed their territories with deadly magic traps. All those years the battle was drawn. Nobody could win. Untill…

The God of Darkness, Mortagorn, found a new weapon. New Clerics from his castles appeared in the battlefields. Each of them armed with a pale crystal at the end of their staves. When a cold light shone at the direction of their enemies, soldiers just fell dead to the ground. Neither magical nor physical protection was effective. 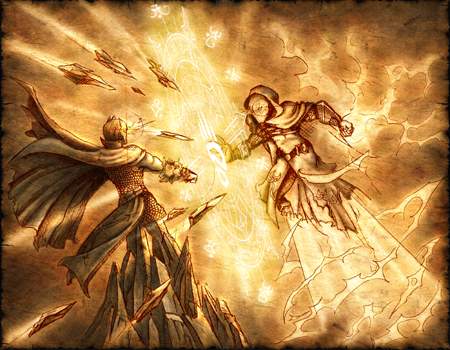 Mortagorn dominated most of the battlefields, as if he wields the one card that can trump all poker hands. His armies marched forward. Unstoppable, spreading like cancer. The other Gods could not withstand long in their defences if a new counter-weapon was not found. Gods searched for it through out all of the world of Bellarion. But no magic or their divine powers worked. 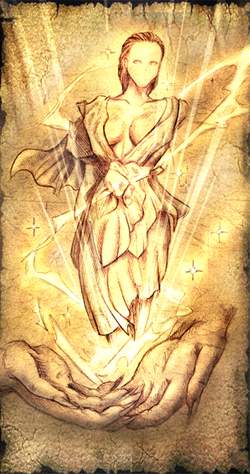 As the last hope, Arswaargh, the God of Fire, created Vivien from his own astral body and sent her through the space and time to seek other worlds where there might be the counter-weapon he needed.

The game starts when Vivien opens her eyes in the world of Antasion, completely unknown for her. Unfortunately, when Vivien traveled through the magical portal to another world, she disrupted the divine balance of the new world and her own divine essence was scattered into sparks and absorbed equally by the gods of Antasion. Without her divine essence, Vivien becomes a mortal being as other inhabitants of Antasion. She must seek the Gods of this new world, gain back her power and seek the counter-weapon against Mortagorn’s death crystals.

To promote Gods: Lands of Infinity and grow its popularity (top games), use the embed code provided on your homepage, blog, forums and elsewhere you desire. Or try our widget.

GODS: Lands of Infinity invites you into exiting world full of adventures,battles and quests of unearthly affairs. You can spend hours by discovering...

German version of the patch.

Russian version of the patch.

Polish version of the patch.

This is the second patch for the german version and it will bring the German version of the game up to version 1.39. It includes the first patch (1.37...

This is not a full game. Its a playable teaser version to a potential approach for a new Gothic game. Nothing is set in stone.

Ready to die? Experience the newest brutal action game from Team NINJA and Koei Tecmo Games. In the age of samurai, a lone traveler lands on the shores...

Zidane and the Tantalus Theater Troupe have kidnapped Princess Garnet, the heir of Alexandria. To their surprise, however, the princess herself yearned...

It is a time of war. Galbadia, a Global Superpower, has declared war on Dollet, a country whose training academy is home to two personalities: the hot-headed...