Gnomes have been stealing from your farm, and you must stop them! Together with your goblin friends, fend off the pesky thieving gnomes and protect your farm at all cost. Experience the classic arcade castle defense game play with loads of twists. You have an arsenal of power-ups at your disposal, and a selection of 30+ upgrades to choose from. This is war!

Sometimes, the small details in a game bring out its personality. With enough of these "small" yet noticeable things, even without any gameplay impact whatsoever, the game will start to manifest its charm that will ultimately leave a mark for the players.

With that in mind, I decided to add a few map variants for all the 3 existing maps in the game. Check these out: 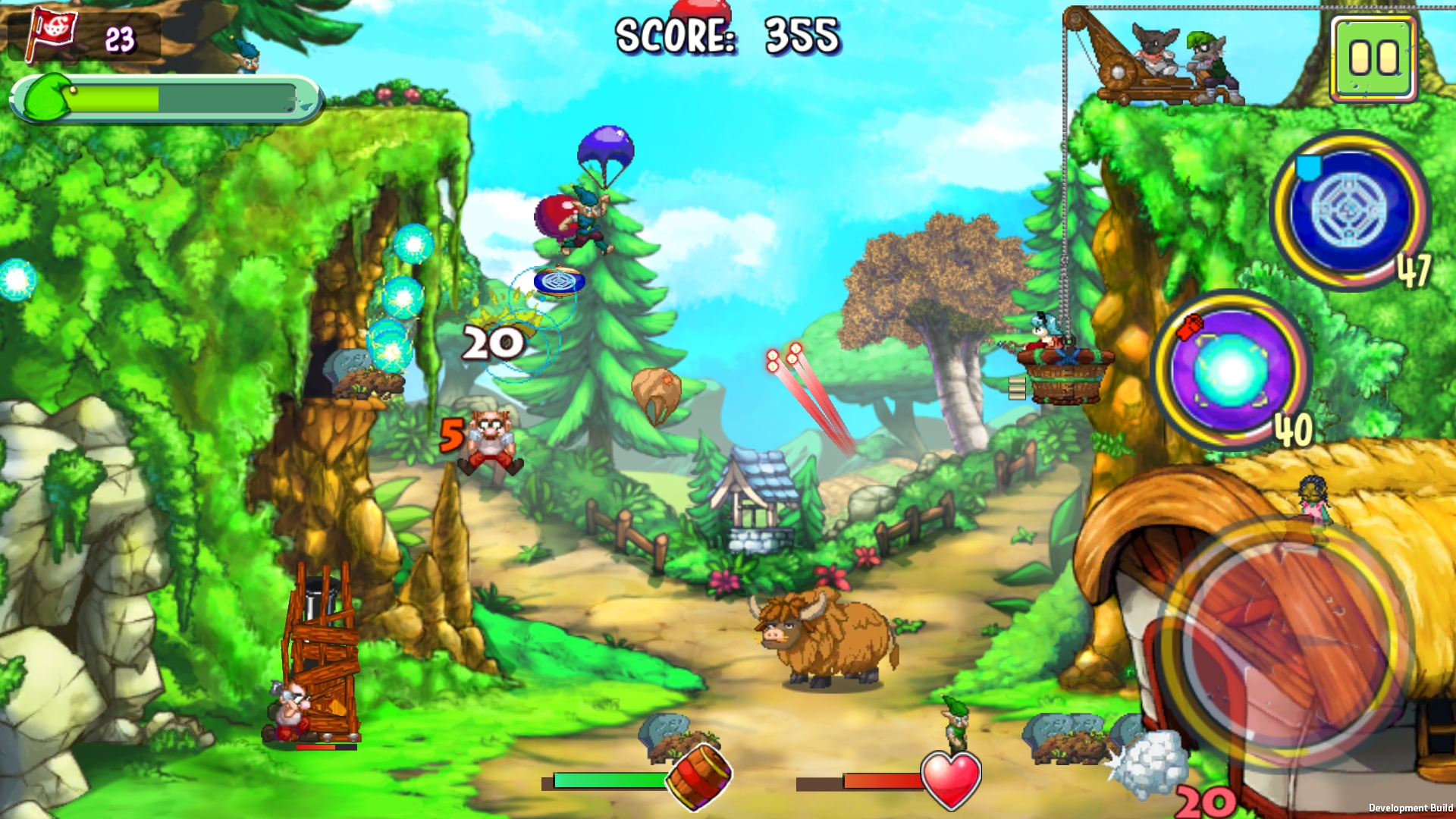 This is the default Freija's Farm map. If you haven't updated your game yet, you're very familiar with this map. Just a daytime map with a Yak nonchalantly chewing off its food in the background. 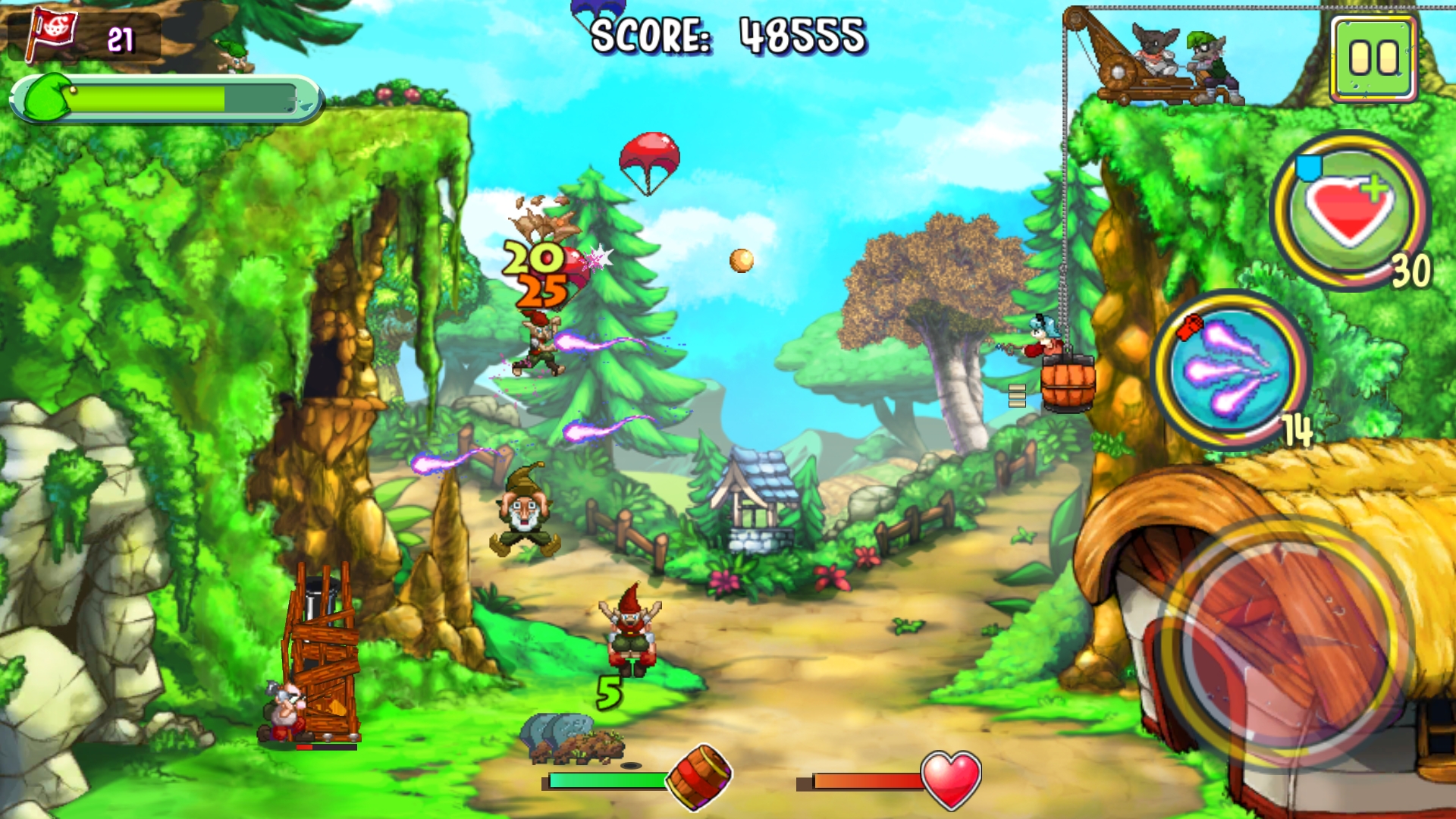 Sometimes the Yak leaves its station to wander off somewhere... 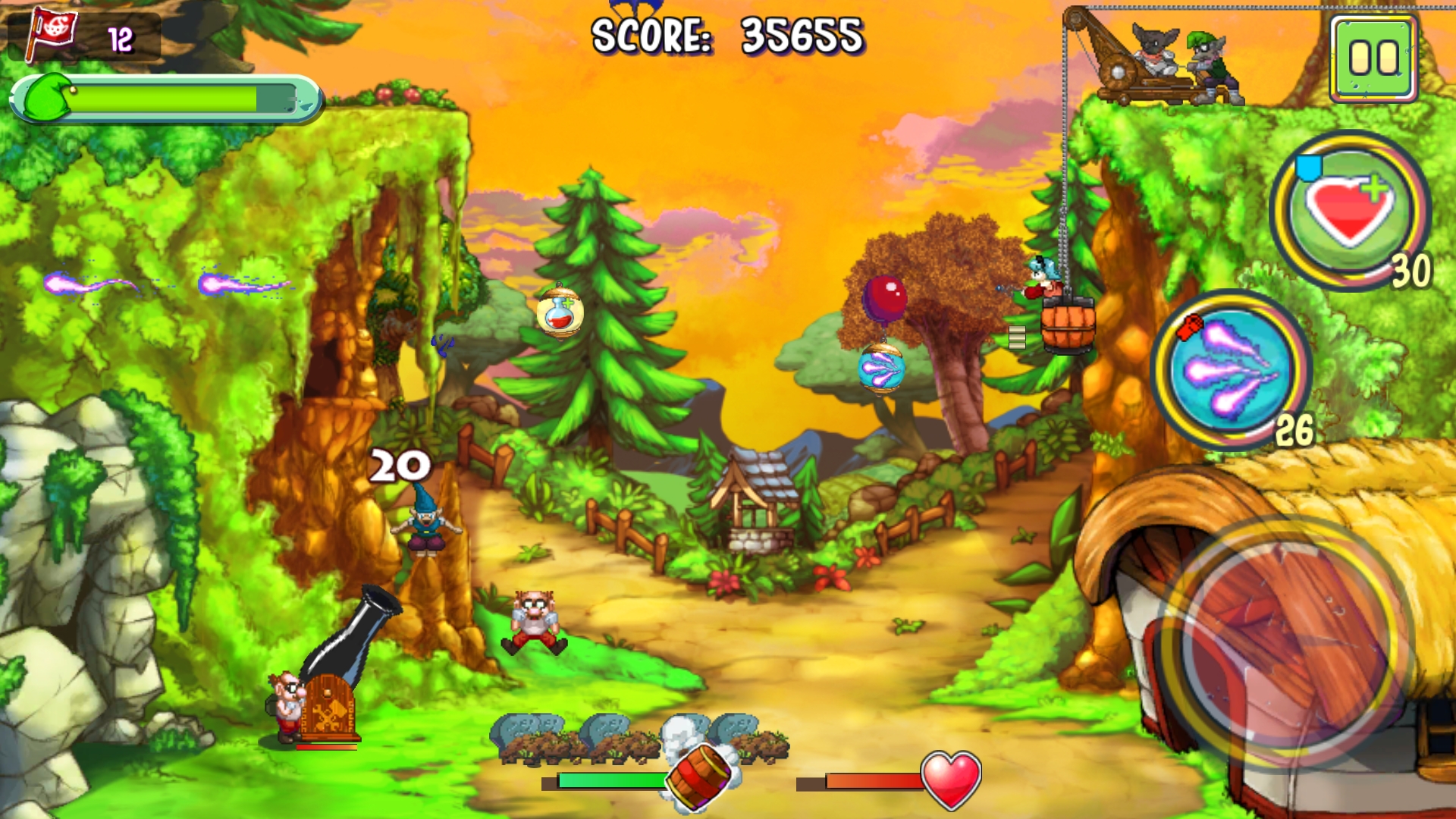 The sun is about to set, but the pesky gnomes have no plans to give up. 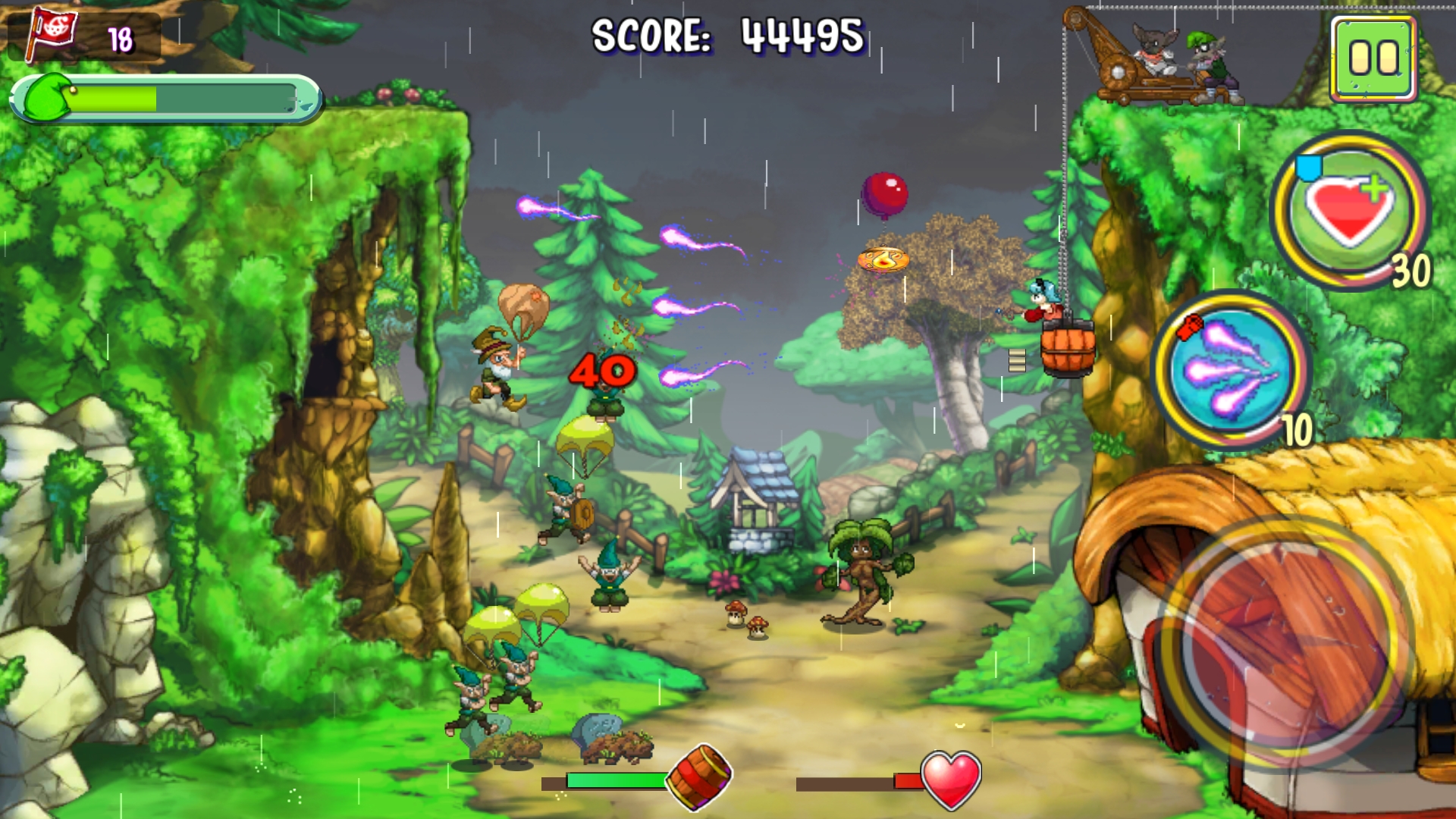 This one is a little bit special. I added some particle effects for the rain and the rain splatter. Also you will notice the Yak has been replaced with a dancing Dryad and a couple of young Sporelings playing around...probably happy about the rain. 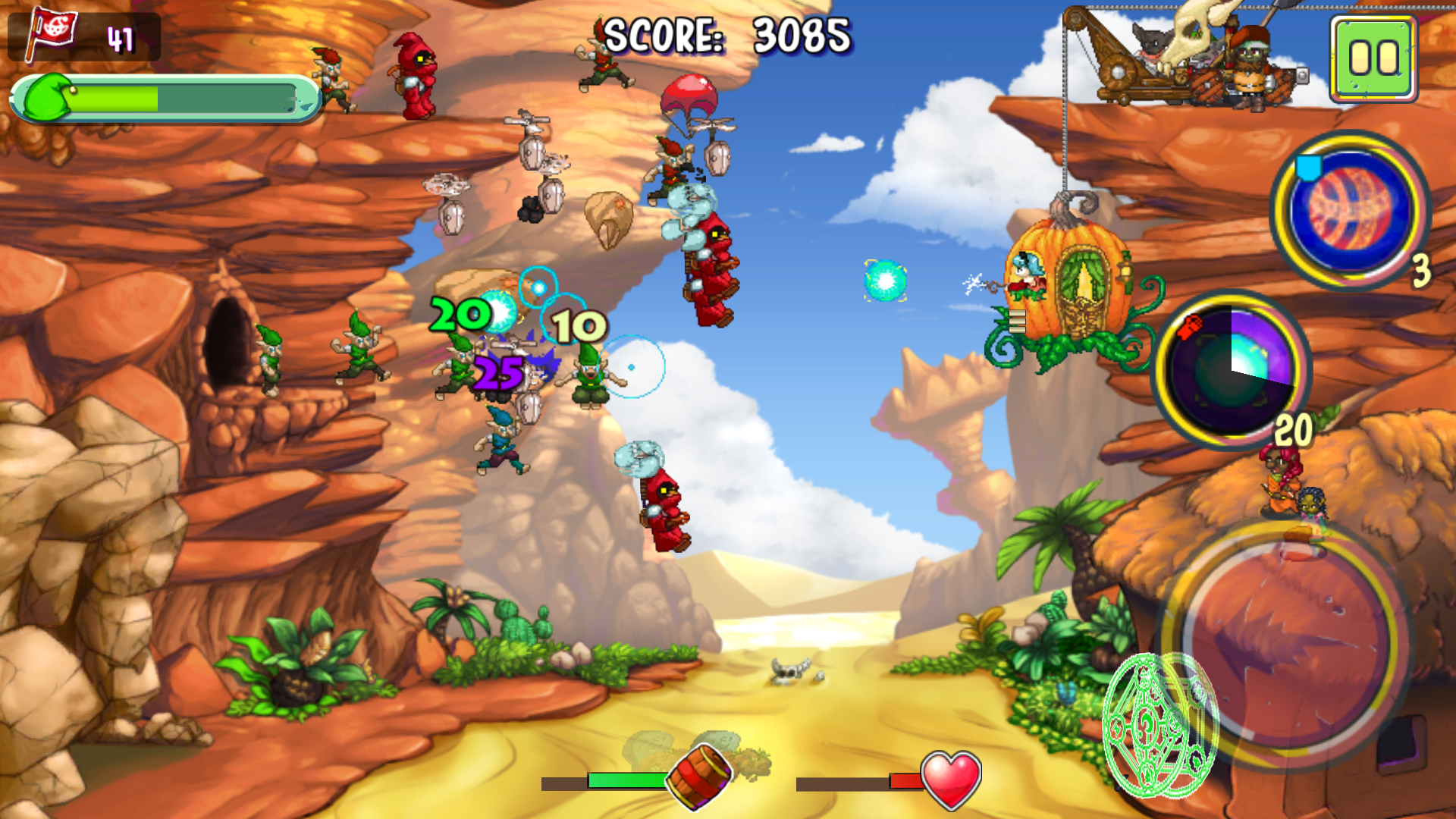 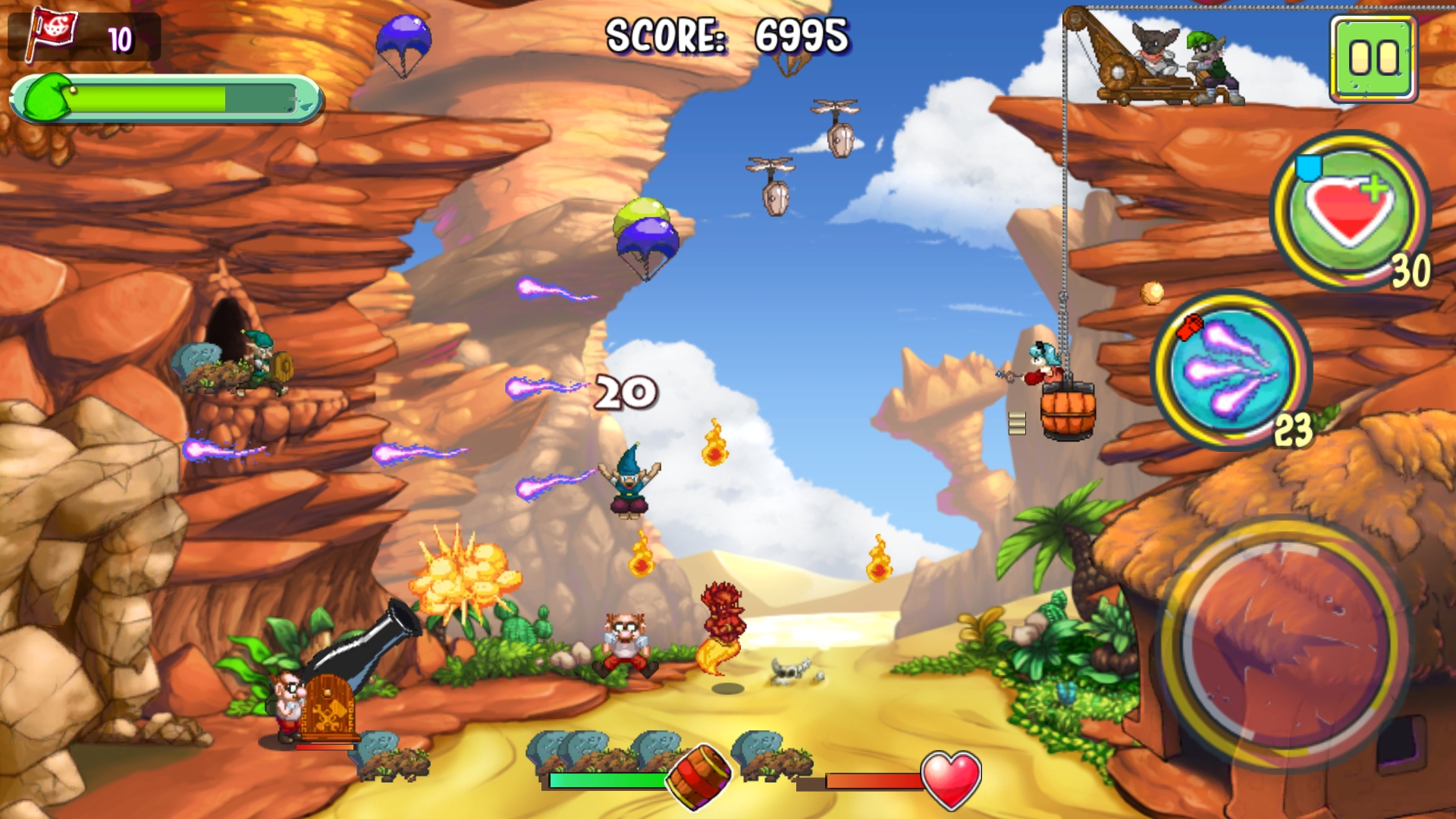 A sighting of a fire spirit (Efreet) is not an uncommon occurrence in the desert. 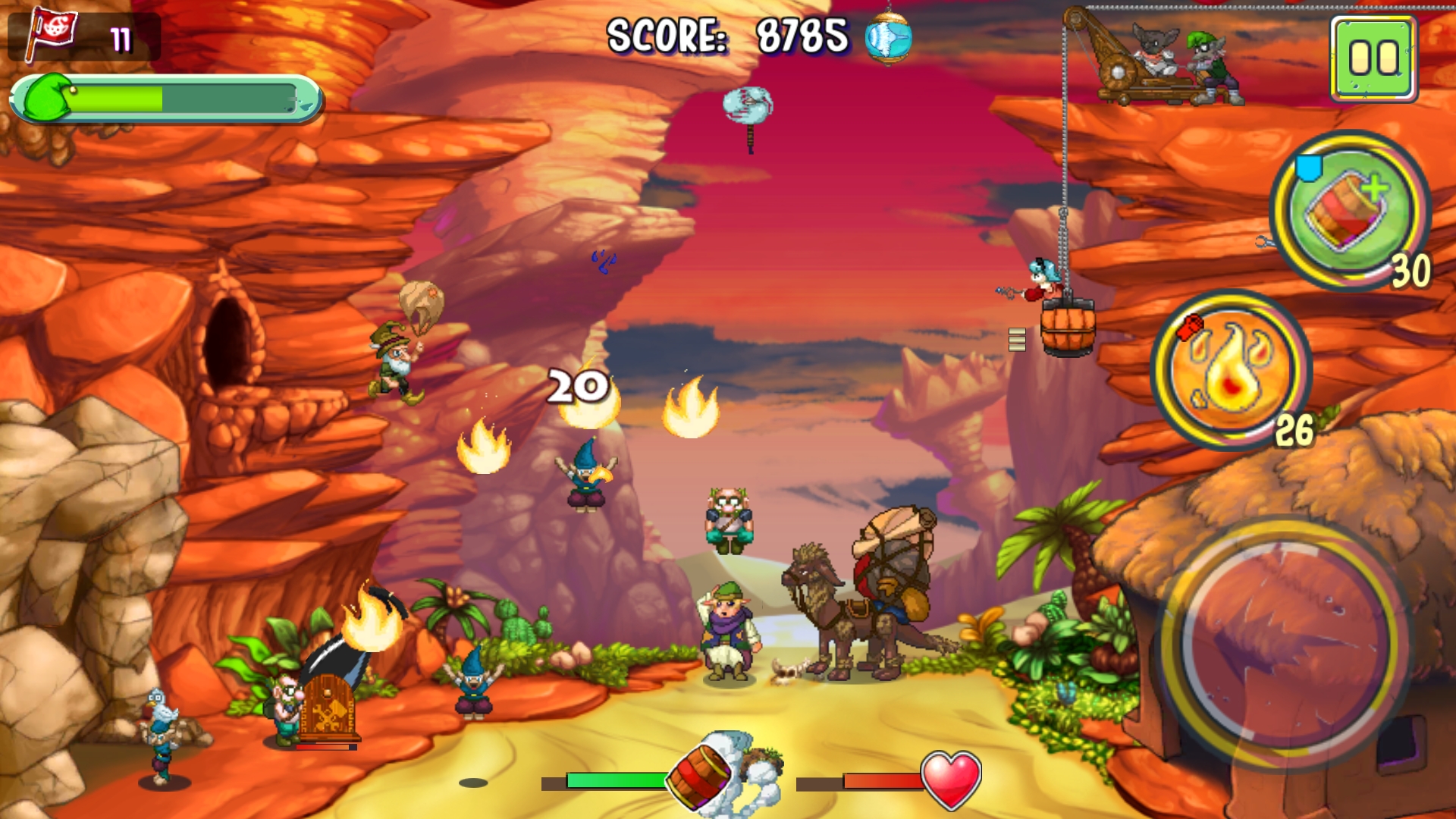 A travelling merchant has found himself lost and even more perplexed with the sight of these gnomes coming down the hill. His companion Zelk could care less though. 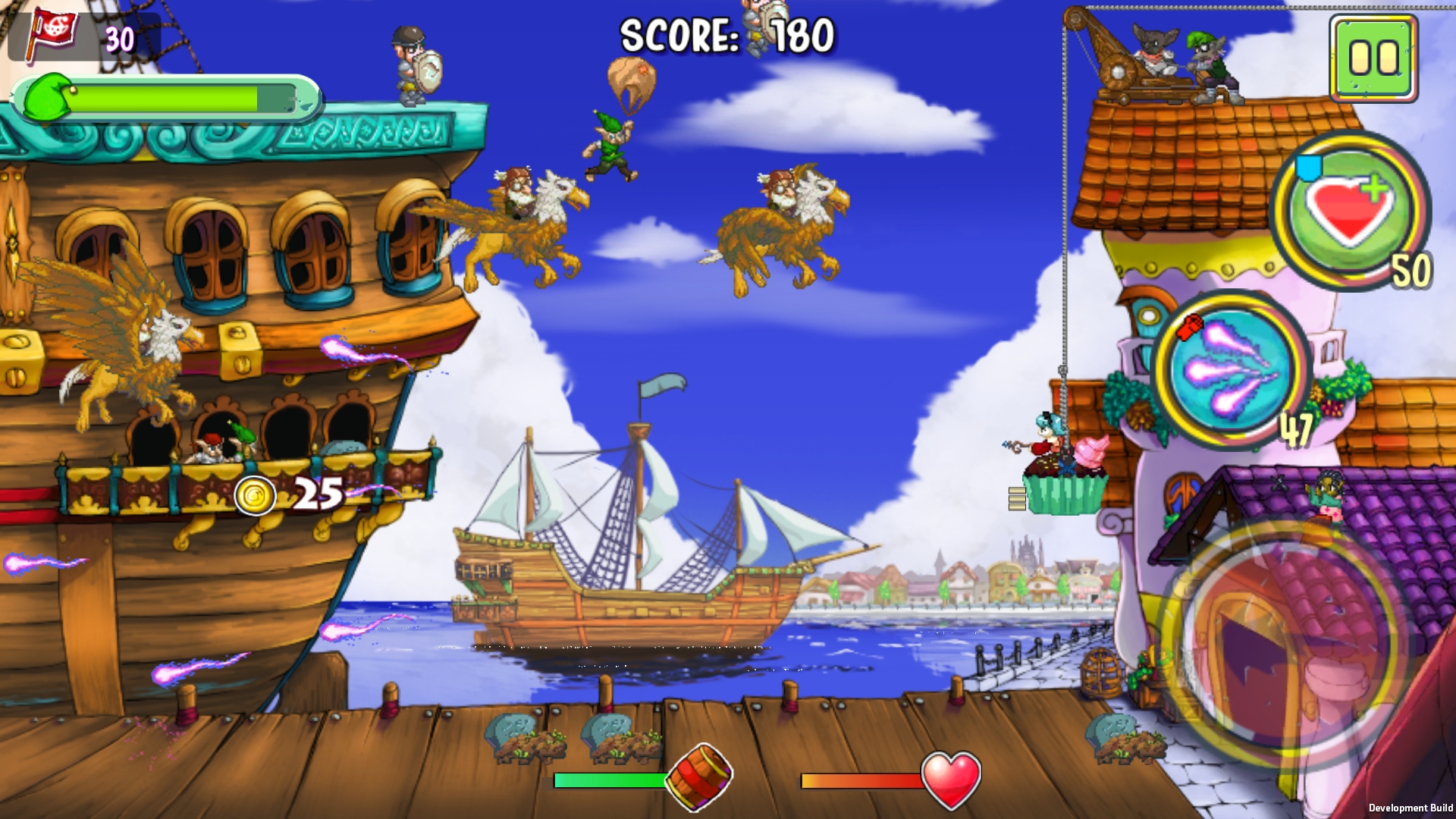 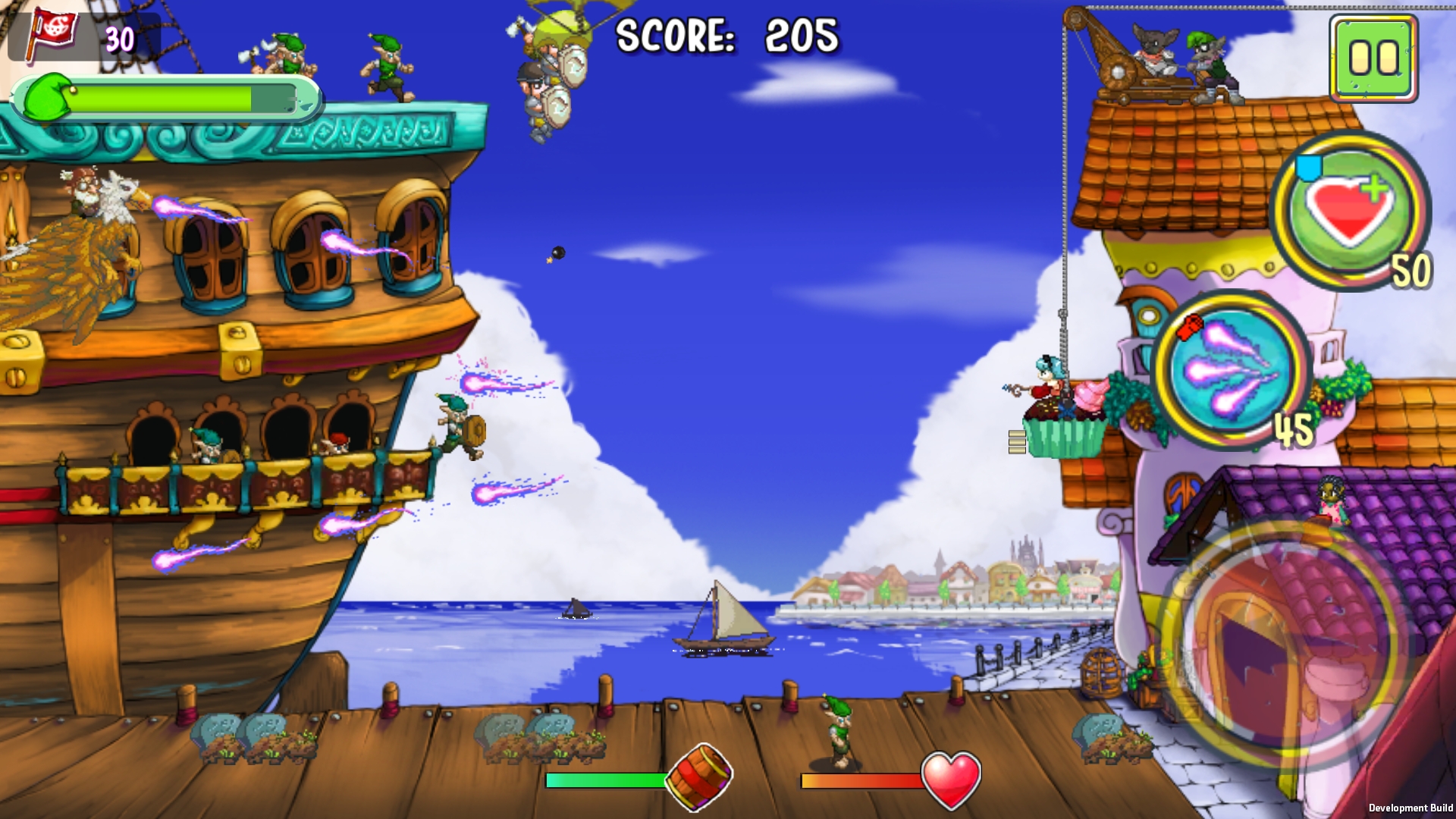 The large ship that was docked was replaced with a couple of fishing boats. 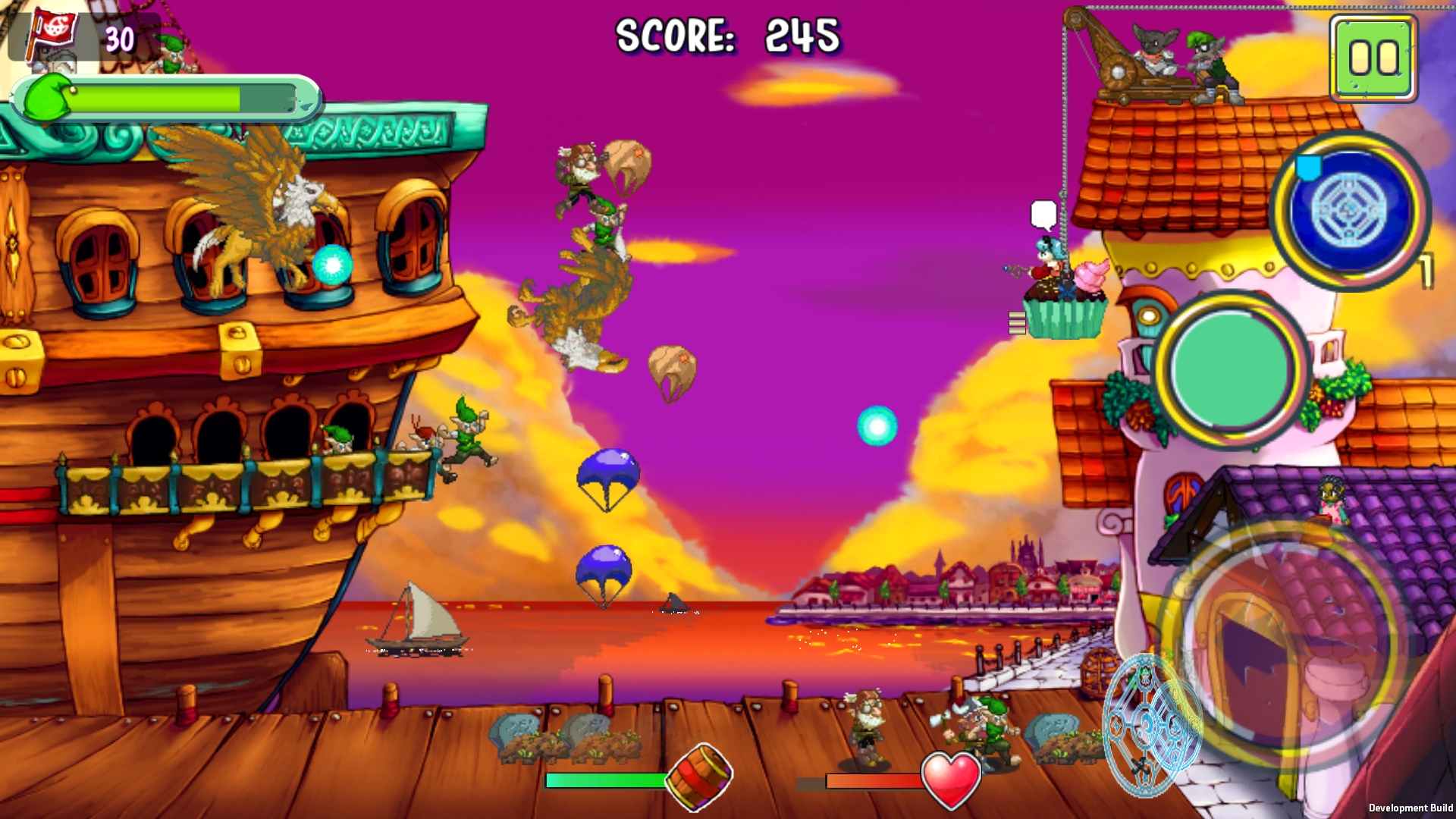 This month's update is really more of an aesthetic update only, but I'm hoping that little things like these will add up to give the game a personality, so players can feel that this isn't just a soul less piece of software, but a work of art-- my art.

I've just launched a crowdfunding campaign at Indiegogo. This campaign aims to raise just enough fund to get to the final stretch of the game's development...

It's been a productive couple of weeks for me, as I have successfully integrated google play services and, more importantly, I learned something new with...

I'm happy and excited to announce to y'all that the game has been finally published in the Play Store under Beta/Early Access. It would be awesome if...

Aside from unlocking and equipping power-ups, players will also be able to unlock and equip upgrades. Upgrades range from increasing the maximum hit points...