The idea of ​​practicing with the Unity Engine came up, so why not create a game to have a little fun ?. It is a community-driven game where community makes decisions about the progress of the project, that is, feedback is very important to build this world and with that everyone can participate and have fun together.

For The Village takes place in a chaotic medieval world with open PVP, where players will be able to do as they want and evolve their characters the way they prefer. We have some basic attributes for this evolution that can be distributed as your level increases. In the world of "For The Village" players don't use magic, the only forms of magic are the creatures, some items and other elements in the world, this means that players will be specialists in melee or in distance combat. Our idea is to release a solid combat system, where the build will be important but also the player skills. Another important point is the graphics, I know it can not please everyone the "low poly" however I am using resources from the "asset store" that are accessible to this project (for now), so I'm sorry if in case you do not like a more "cartoonized" style ", feedback on this will have to be ignored (sorry).

An important point is the evolution of the world where we will play and also its goals. I count on everyone's help to move forward in this, for example, map ideas, locations / areas, NPCs, systems for the game, whether we will have quests, whether we will survive in the environment in search of resources, whether we will create our own economy, we will build bases ...

The game is still in an early stage, we will have a long way to go but the idea is to have fun together while we create this project. I will release some versions of tests for everyone to interact with the project and for each version i will release a changelog list and all requests and suggestions will be heard. 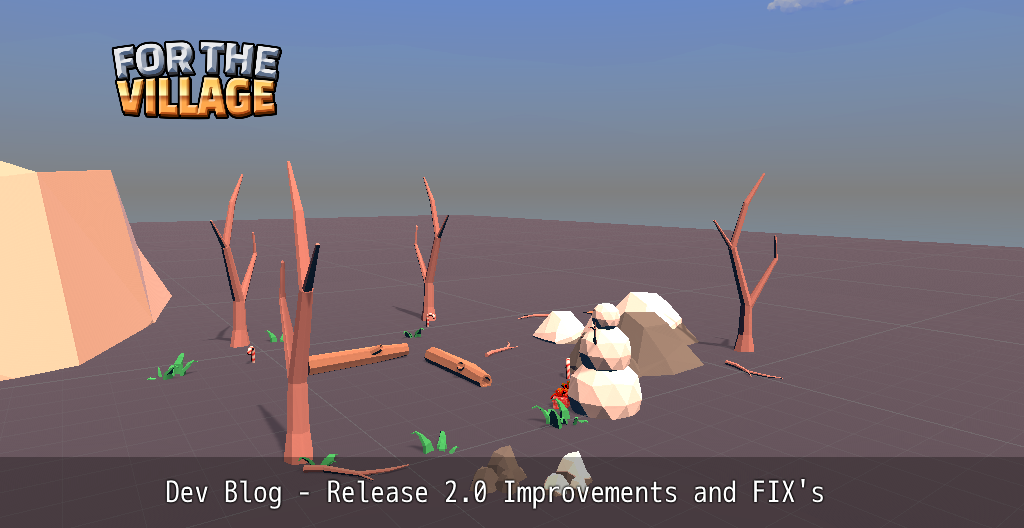 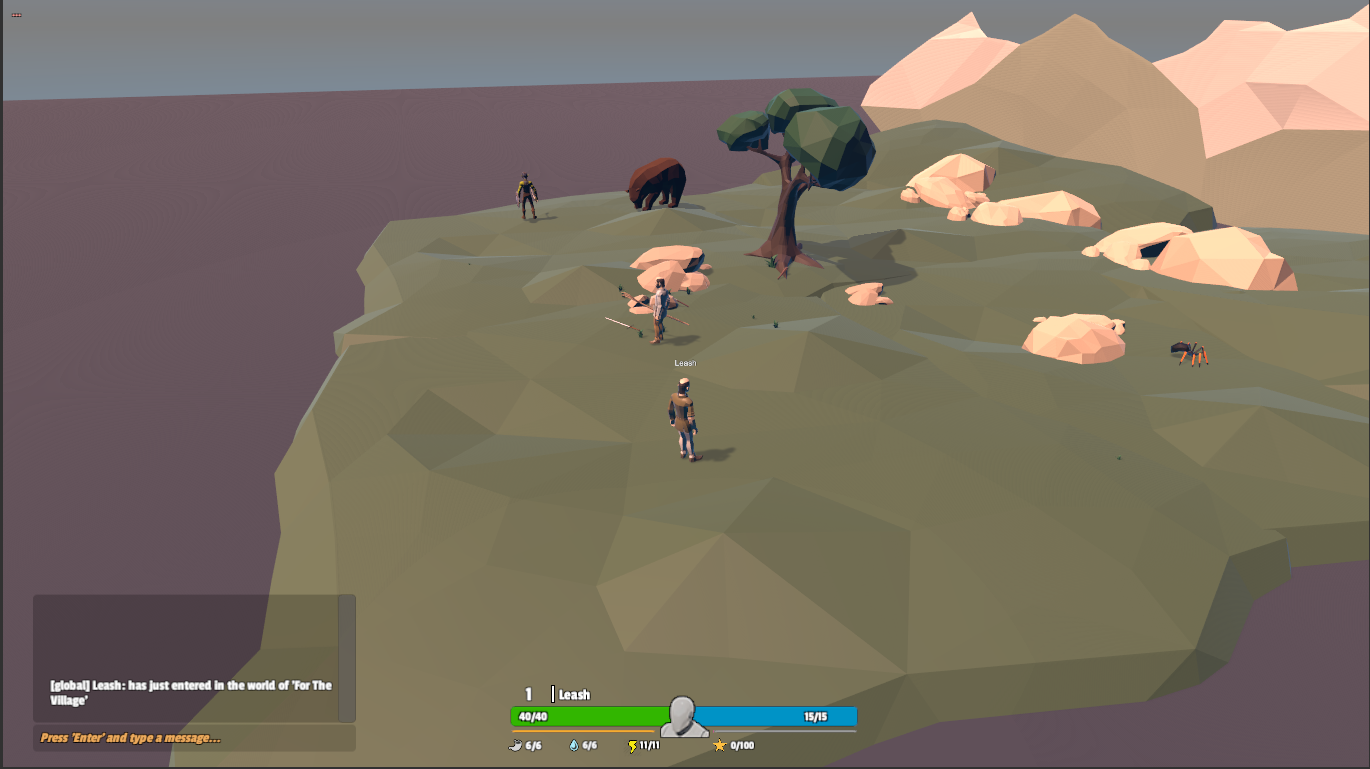 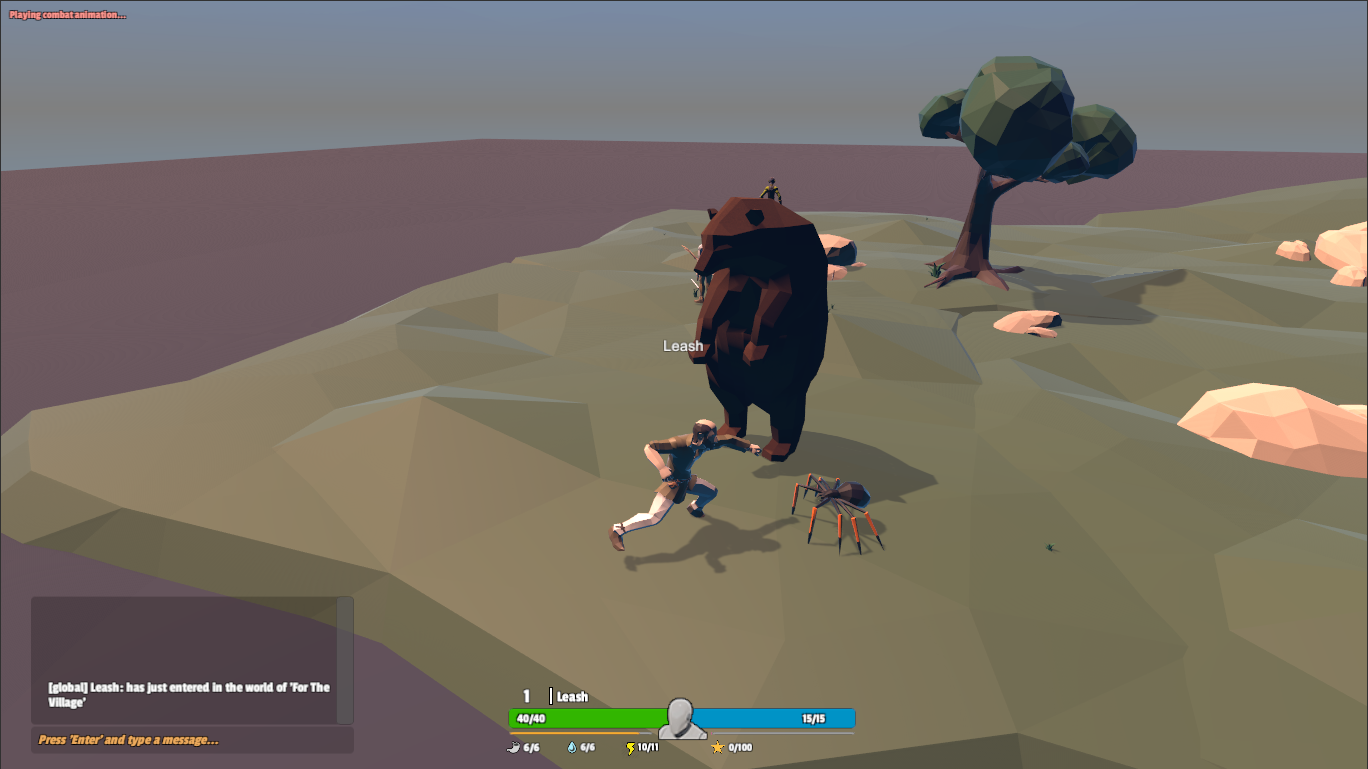 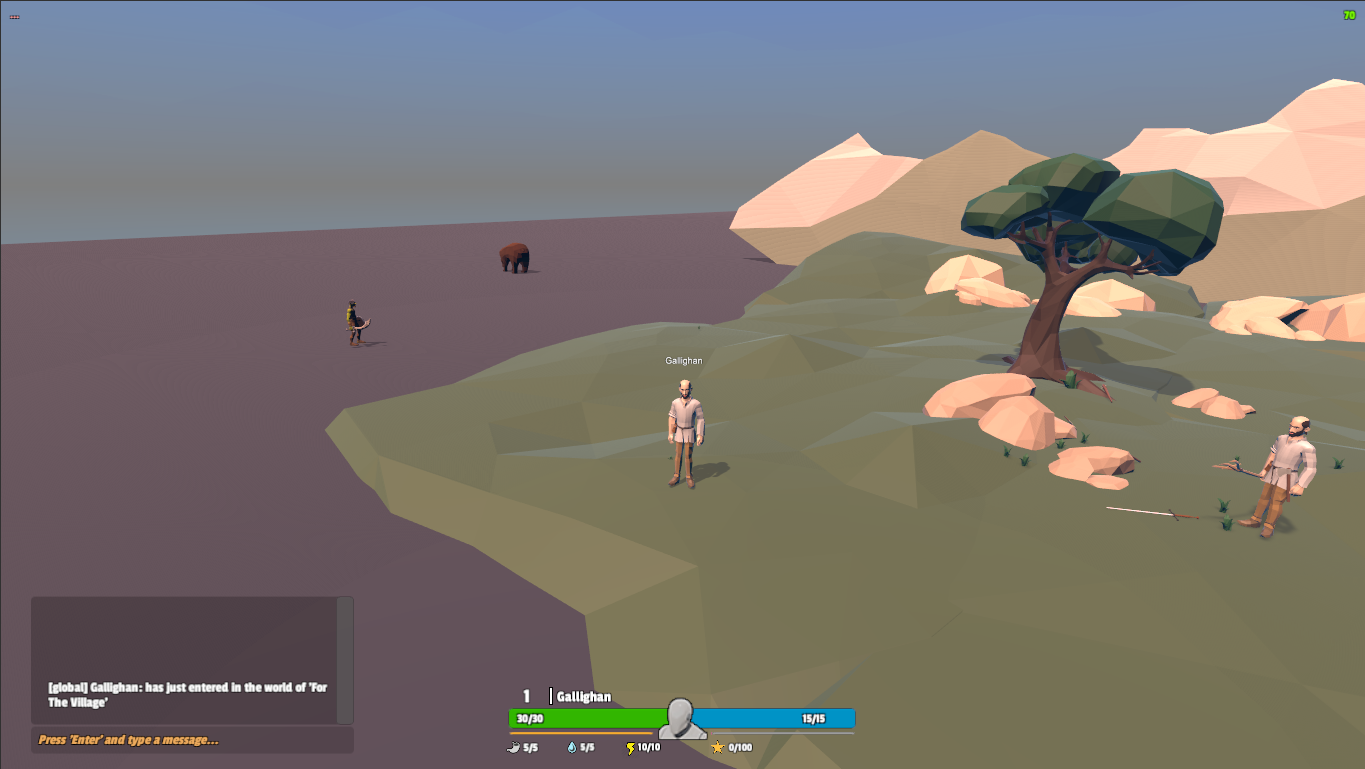 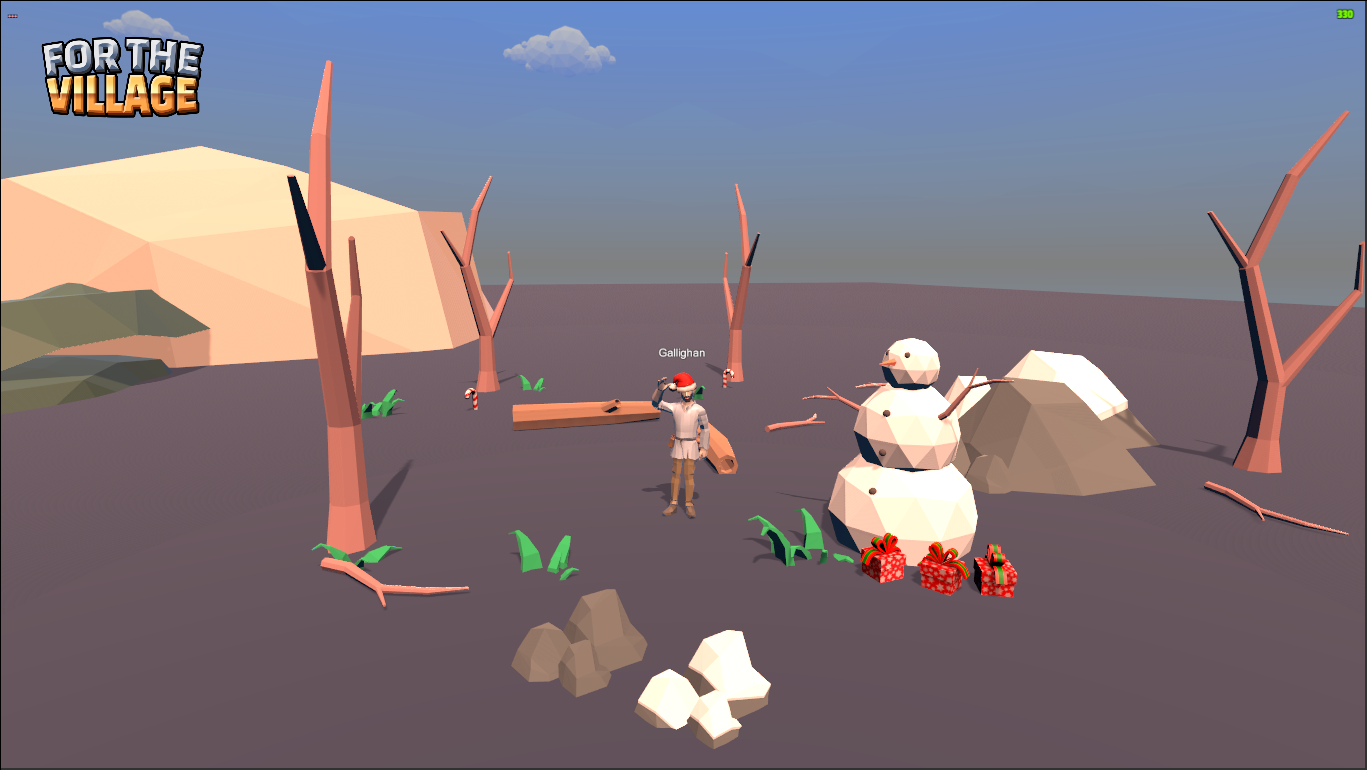 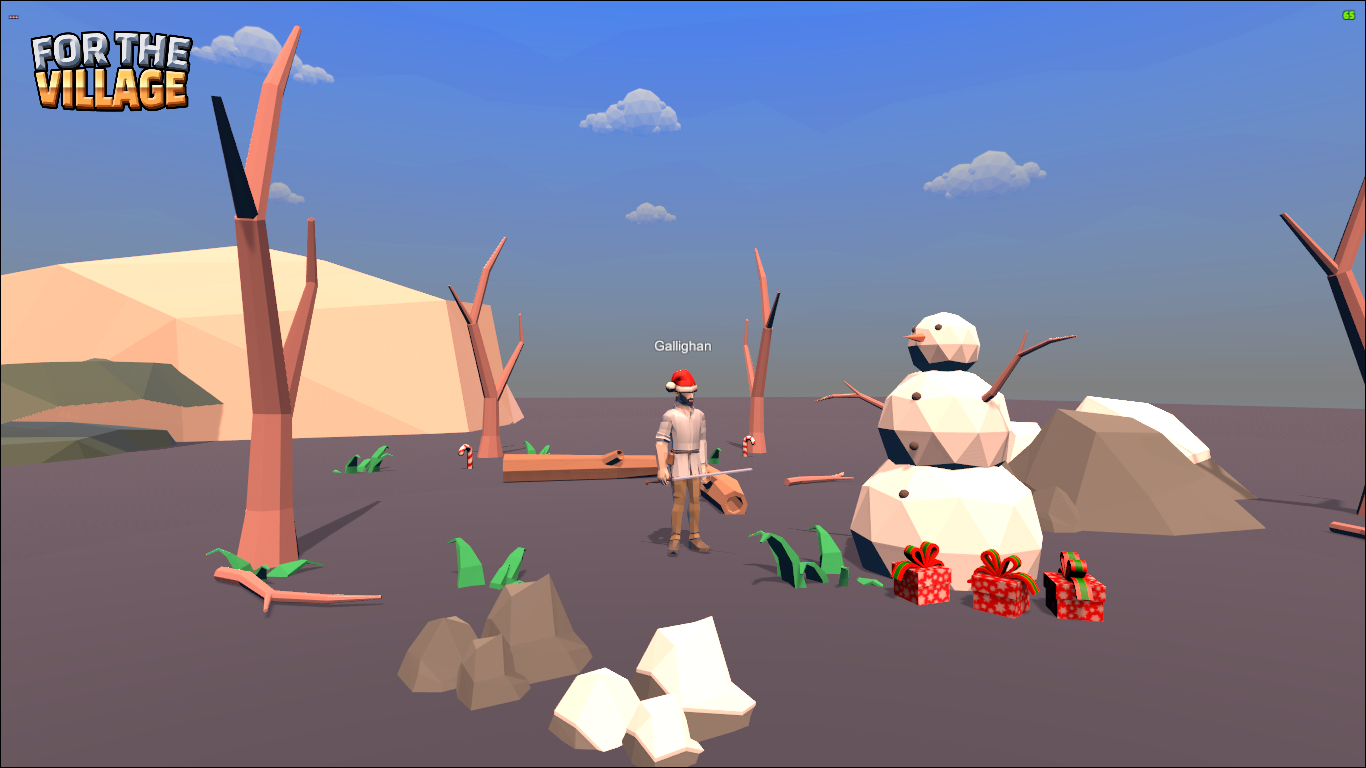 Now we will continue working on player's x NPC damage, damage animations on both sides, player death and NPC, respawns ...

We still need to finalize the point system by level, which is almost ready and finish the version 2.0 roadmap

Stay tuned for news, thanks for community support. do not forget to enter our discord. Discord Channel

In this article we will be bringing somenews for new test phase (release version 2.0). Enjoy.

Indie
Tags
Embed Buttons
Link to For The Village by selecting a button and using the embed code provided more...