In a matter of days, the Kingdom of Lucis is to sign an armistice, ending a long and bitter conflict with Niflheim. Ahead of the ceremony, Prince Noctis, heir to the Lucian throne, sets forth from his homeland to formalize the union of states through his marriage to the Lady Lunafreya of the imperial province of Tenebrae.

The offer of peace, however, is no more than a ruse to lower the Lucian shield, and the imperial army takes the crown city and its sacred crystal in one fell swoop. En route to his destination, Noctis is shocked to learn that he, his father the king, and his betrothed are believed dead.

Overnight, the dream of peace has faded into a distant memory. His world crumbling around him, Noctis has naught but his resolve and his loyal companions to see him through the trials to come. 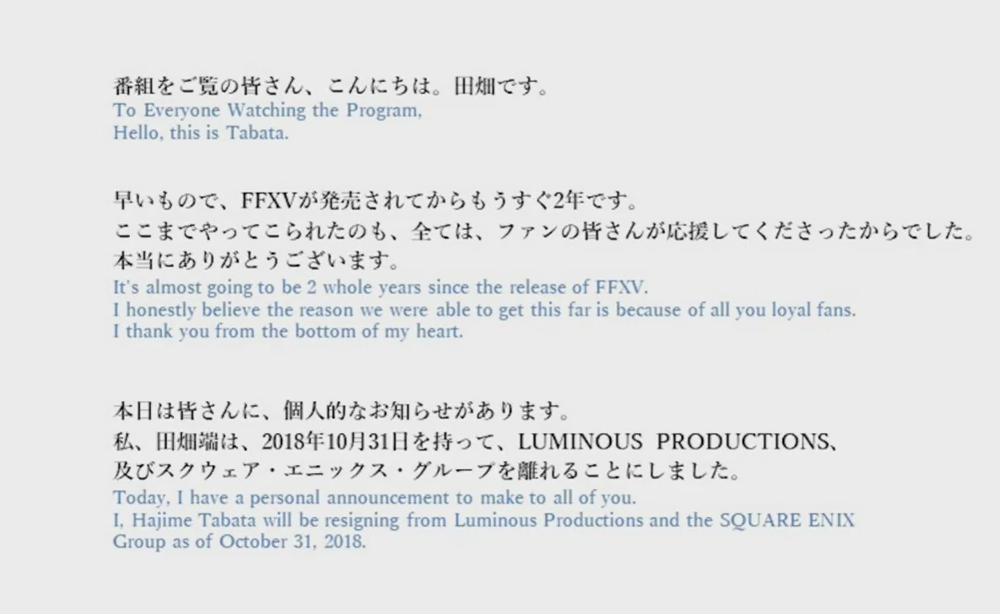 Additional development on Final Fantasy XV across all platforms has been cancelled, and the game's director, Hajime Tabata, has departed the studio. This is significant news, as four DLCs were planned to be released for the game - and now, only one of those DLCs will be completed. Additionally, this means additional mod tools - including a level editor - will no longer be released for Final Fantasy XV Windows Edition - tools that were a significant part of the game's marketing, as seen in the updates and comments from Square Enix below.

What has been released for modders of Final Fantasy XV is a model viewer and editor, allowing players to swap in-game character models for other existing ones. But more extensive mod tools were intended to be relased by Square Enix some time in 2018, though now that the company has offically ceased development, it's unlikely those tools will ever see the light of day.

Square Enix has officially announced the release date and special features coming to the Windows Edition of Final Fantasy XV. The game will launch on March 7, and will officially be coming with mod support. A host of new PC-exclusive features are also in the works, including 4K textures, Dolby Atmos support, NVIDIA Gameworks integration for effects involving grass, hair, fluids, and shadows – as well as support for NVIDIA’s in-game photo mode. The game will also ship with a new first-person camera option.

Final Fantasy XV’s Windows Edition will be coming to Steam, Origin, and the Windows Store – suggesting that though Steam Workshop support will come to the Steam version, its mods will not be Steam Workshop exclusive. Speaking to Kotaku during Gamescom 2017, Final Fantasy XV’s game director Hajime Tabata spoke of plans for modding tools to be released as well, though the team was still “investigating the right way to go” at the time:

"The policy we want to have is as few limitations as possible, so what we're looking into now and the direction we're considering is a dedicated mod editor and releasing that to users." 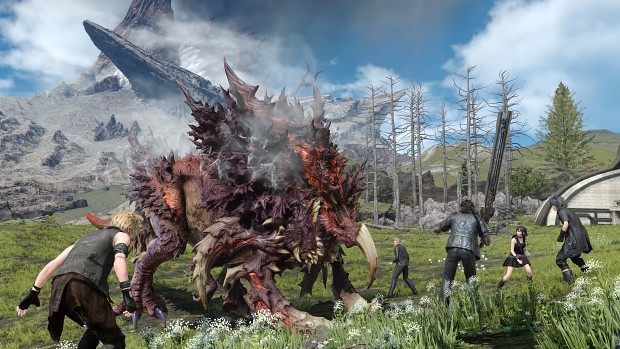 Tabata spoke separately to PC Gamer about the team’s initial concerns regarding the addition of mod support:

“Obviously there's some worry about ‘we've made this great world and people might try to stuff all kind of strange things into it and mess it up’ … When we were getting together for discussion, all the people together in the project were airing out their worries, [nude mods] were something most people were really worried about

What's stronger in my mind is the fact that I don't want to limit people too much - this is part of the culture of gaming these days. These people - it's a thing they've bought, it's their game now … I don't think it's a good thing, but we're going to leave it to the moral sense of all the players out there. I basically want, as a principle, to give as much freedom and as little limitations on it as possible."

Tabata concluded that “if things are taken a little too far,” future entries in the Final Fantasy series on PC may not receive mod support. 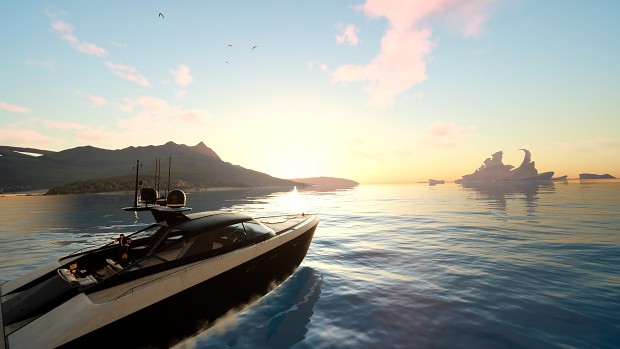 The official system requirements for the Windows Edition of Final Fantasy XV are below: 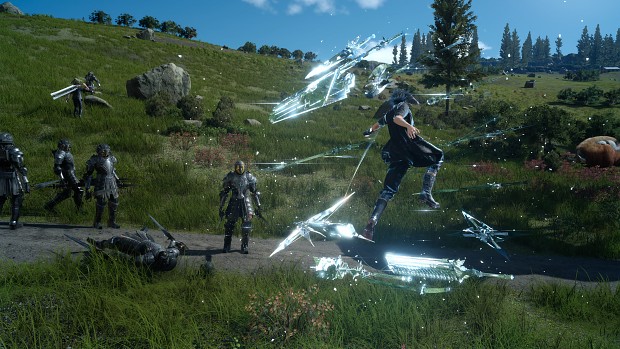 Finally, check out a 4K Screenshot Gallery here, then watch some of NVIDIA’s 4K gameplay footage, below.

UPDATE #3: Japanese site GameWatch featured an interview with game director Hajime Tabata with more information about the upcoming official mod tools for Final Fantasy XV Windows Edition. Translated via DSOGaming, Tabata says that the tool, which at first will be limited to reskinning characters, will be released this year in either May or June. He goes on to say that after its release, the team is planning on implementing a "level editor" so that users can "create quests". After that level editor is released, the team will focus on whether they can extend the use of the tool even further.

UPDATE #2: GameWatcher also spoke with technical director Takeshi Aramaki, who mentioned that mods will not be restricted to Steam, though mods on Steam may be vetted by Square Enix:

"We are planning on Steam Workshop support, and we’re also planning on a system without it so players can share mods outside of Steam... We haven’t got a dedicated monitoring team at Square Enix, so we may check the mods that go up on Steam Workshop but anything outside Steam we’ll leave free."

UPDATE #1: At the PC Gamer Weekender event last week, Final Fantasy XV's Windows Edition showed off some footage with a mod installed - this particular mod turning civilian characters into Cactuars. Rock Paper Shotgun followed up with a conversation with game director Hajima Tabata, technical director Takeshi Aramaki, and game development manage Kenichi Shida, in which Shida mentioned that other characters besides Cactuars, such as moogles and chocobos, will be available to replace character models with:

“When we were looking at making the Windows Edition of the game, and what PC gamers want, we really did see that there’s a large portion of the PC gaming community who really enjoy using mods and the freedom that they bring to gameplay. So we felt it was pretty much essential to give these people the mod support and the kind of freedom they wanted to see in that.

“We really want to keep it as free and open as possible to people, so rather than just telling people what we’re going to give them, we want to make an environment where people can be as free as possible to make their own mods. We’re planning to provide an official modding tool for that as well.” 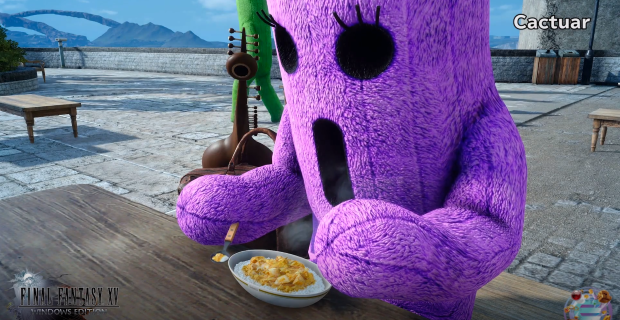 Aramaki goes on to say that this modding tool won't be available at launch, but will be available "very soon" after the game's PC release. He continues, mentioning that the tool is designed for people with no previous programming experience, and will initially be limited to reskinning characters, but will gradually expand in scope and ability to alter multiplayer elements. Tabata adds that the team is adopting this gradual modding capability release approach so that they have time to see what causes problems and introduce fixes for them. 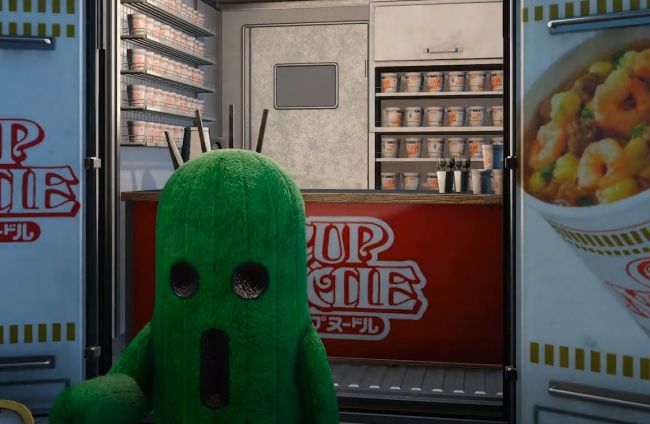 In additional bizarre news, Square Enix has announced that those who purchase Final Fantasy XV Windows Edition on Steam before May 1st of this year will receive the "Half-Life pack", including Gordon Freeman skins for the main character that can be used in singleplayer and multiplayer. Not only do you get a HEV suit, but you also get "Scientist Glasses" and a Crowbar to use as a weapon. Check out the skins, below.