About Endzone - A World Apart

In 2021, a group of terrorists blew up nuclear power plants around the world and plunged the world into chaos. Only few were able to escape into underground facilities called "Endzones". 150 years later, mankind returns to the surface - under your command! In an extremely hostile environment full of radioactivity, contaminated rain and extreme climate change, you'll have to prove your worth as a leader.

The world as we know it is gone. Build a new home for the last human survivors on earth! Give them shelter and a house. Fulfill their basic needs with steady water and food supplies, educate them, ensure their survival and help them stay motivated with over 50 different buildings.

As the leader of your settlement, coordinate and assign different professions and tasks. Let your people gather & refine many different resources and manage your economy by building an efficient infrastructure with streets, depositories and markets.

Every ground cell in the game features dynamically simulated humidity and radiation. Watch as rain clouds irrigate your soil or prepare for constant fights against contaminated rain bringing devastating radiation to your lands.

The climate has changed! Prepare for recurring and agonizing droughts and plan ahead by stocking up food and water. Every cycle is a new challenge! Withstand the unstoppable sandstorm, as it destroys buildings and brings deadly radiation.

The invisible danger of radiation is still haunting the surface with contaminated rain. Protect your people from radiation sickness with special gear. Clean water with active coal filters, build roofs on your fields and dig up the ground as a last resort to remove radiation from your land.

The world is in shambles but some of the manmade fragments still remain. Send expeditions to ruins and long forgotten places and make meaningful decisions that change the fate of your people.

We want to make a game that fits the needs of our community. We’ll update the game on a regular basis, adding brand new features and challenges while listening to your feedback and wishes. Embark on a journey with us to make Endzone the best game it can be. 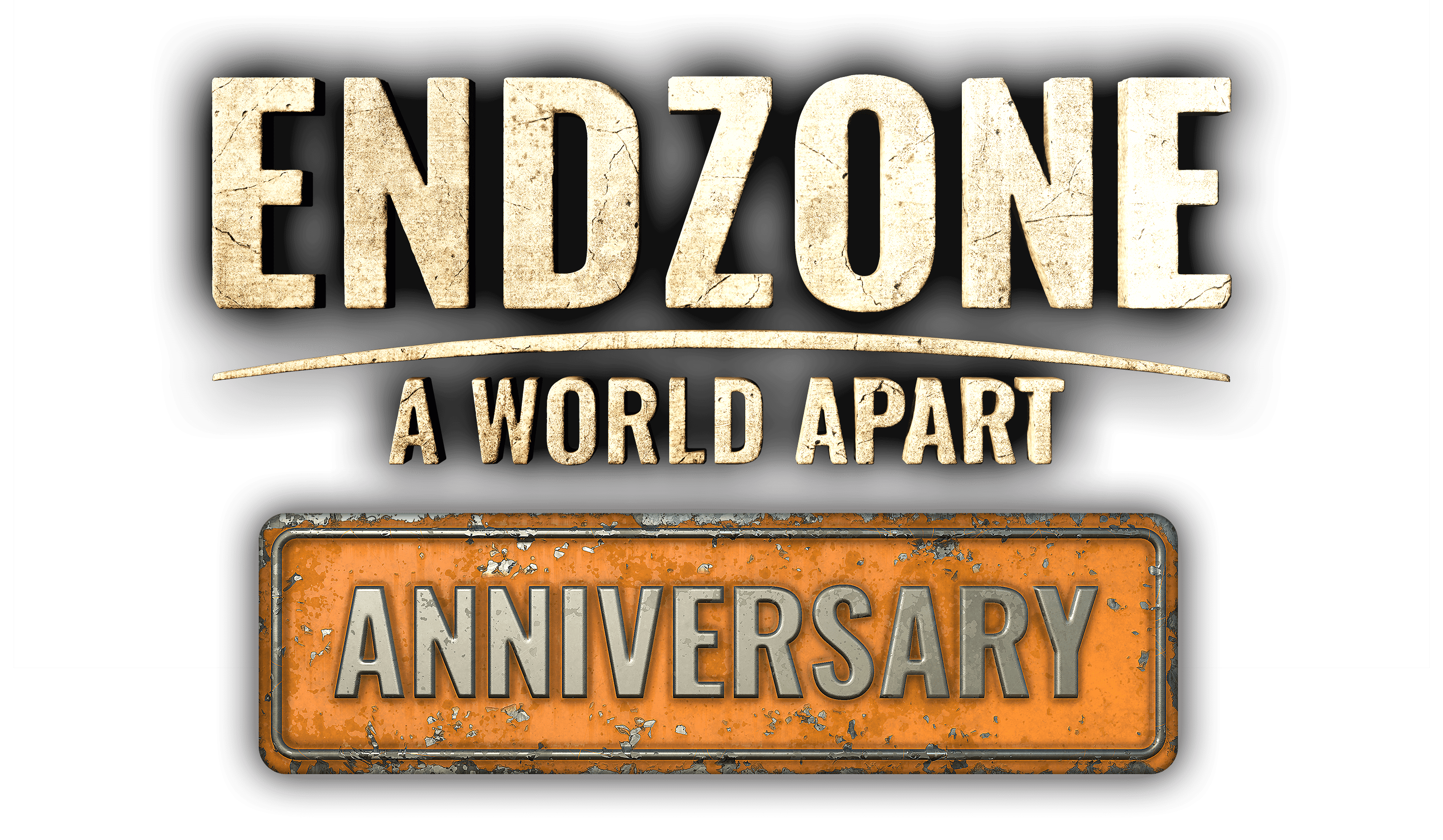 Survivors,
We are really grateful to have so many passionate veteran survivors among us, while also welcoming new players each day! Only because of you, Endzone has not just grown out of Early Access successfully, but thanks to your ongoing dedication, feedback and ideas, we were even able to go beyond our initial vision. All this really means a lot to us, and with this post and the first anniversary of our full release, we also want to say a heartfelt “Thank You”! Without your support, this would not have been possible, and we are humbled to have such a loving community.

To celebrate, we made a little recap of some of our achievements and the road we travelled together, including some dev bloopers and pictures from the team.

Additionally, even while our Early Access has ended, we are glad to be able to extend what Endzone has to offer with our ‘Prosperity’ expansion and the soon-to-be-released DLC ‘Distant Places’. Not to mention the upcoming release to consoles in May!

The developer’s Journey – Recap of our ride!
As part of our one year Endzone full release anniversary, we would like to give you some behind the scenes impressions with a focus on our daily work situation, interesting happenings like fairs and award shows and last, but not least, development bloopers. 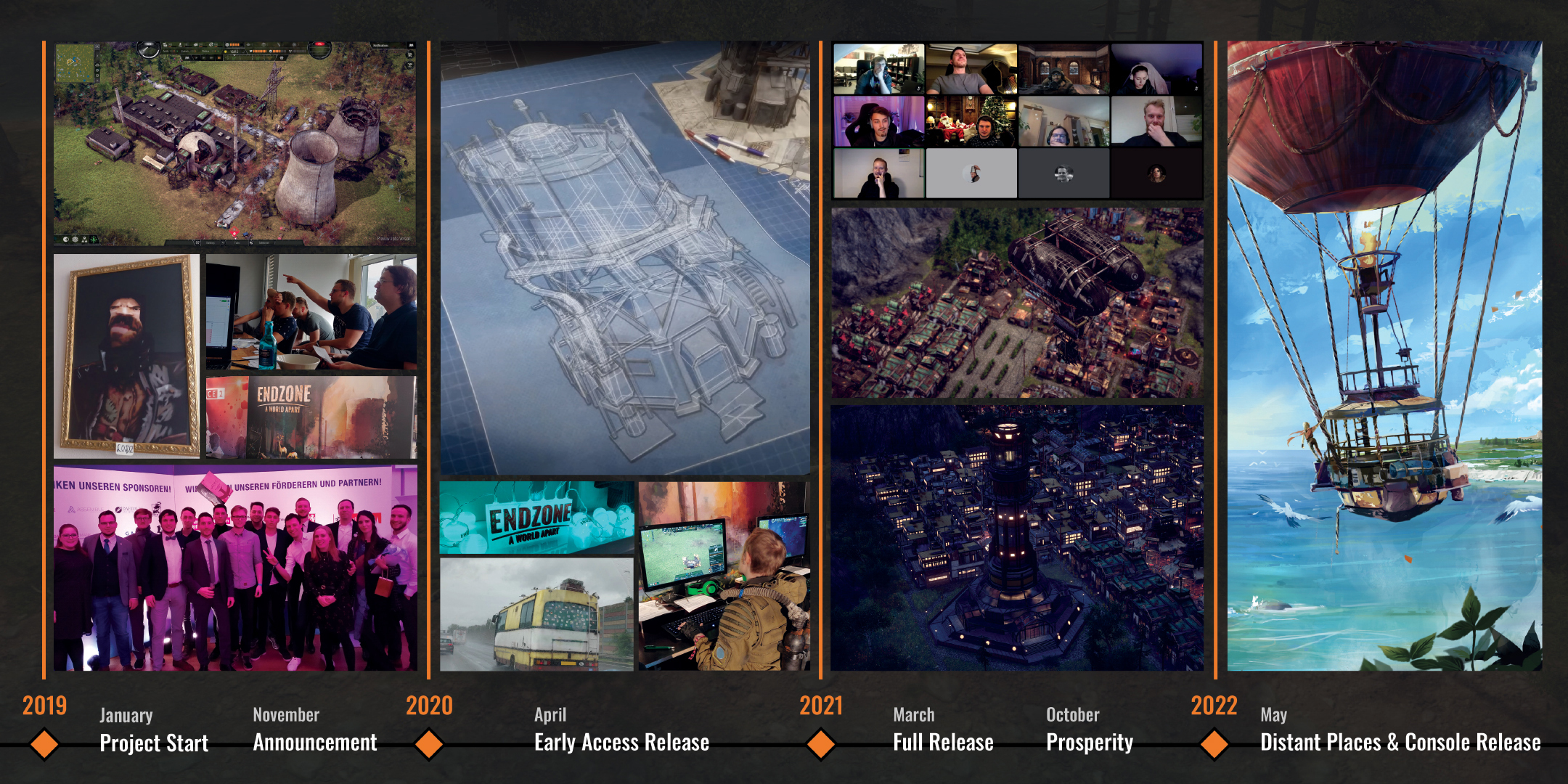 Where we at? Bloopers, yes. 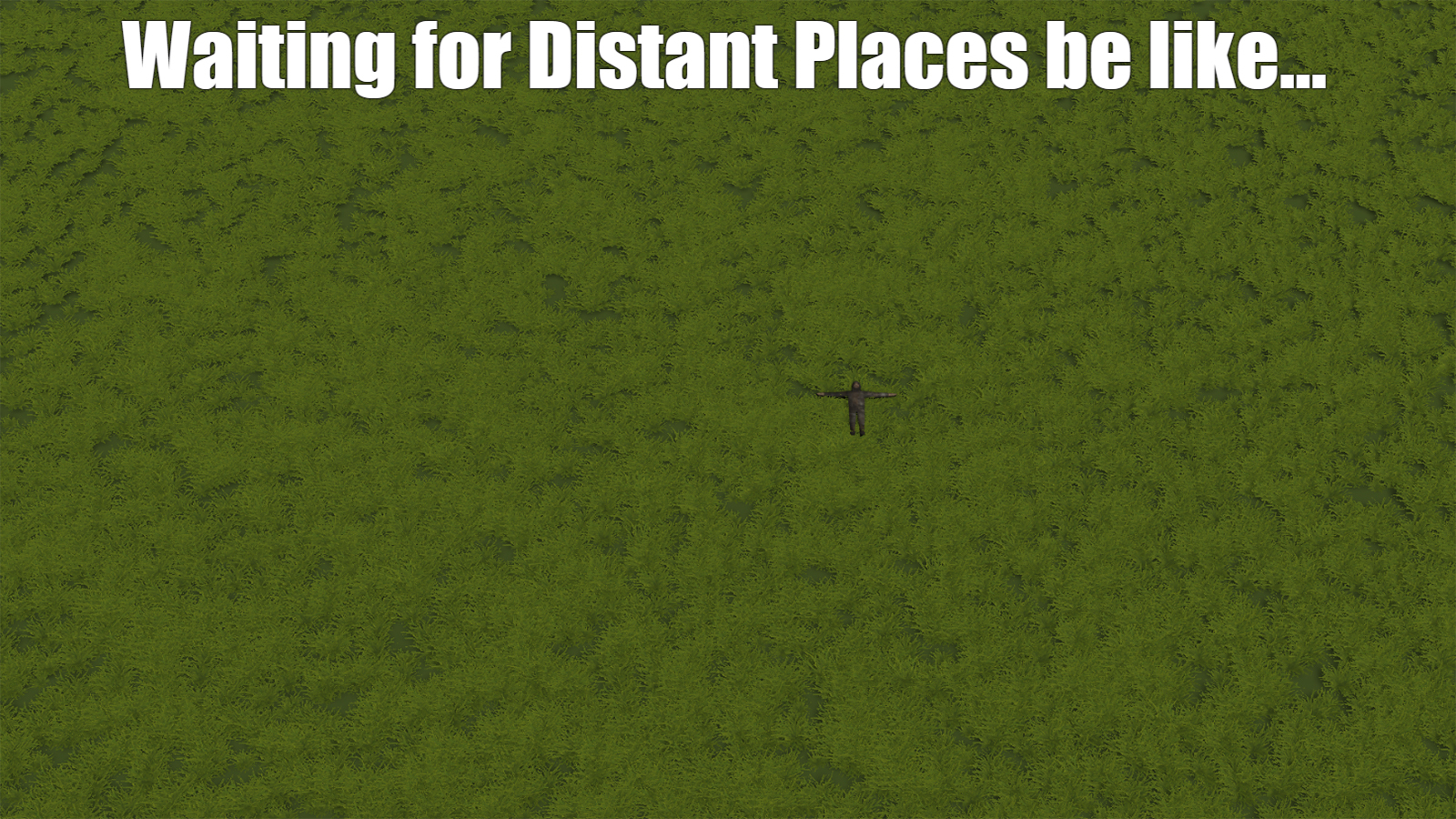 Join our Discord and have a look at more funny Behind the Screens stuff: Discord.com

Next Stop: Endzone is heading to consoles and the upcoming Distant Places DLC; both scheduled for a May 2022 release! 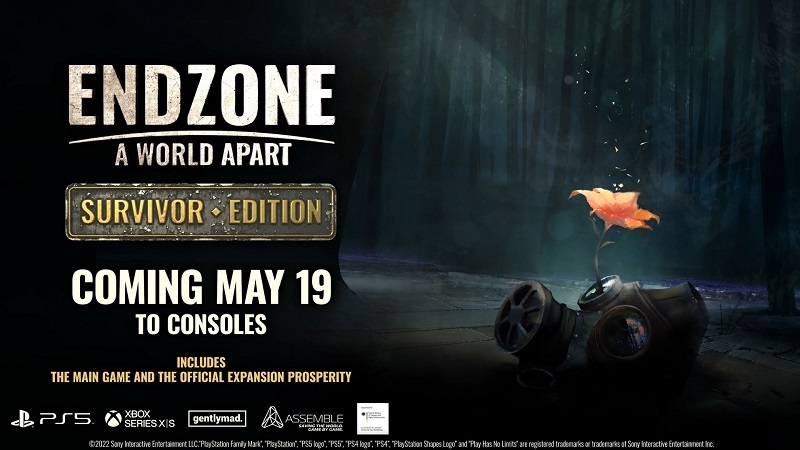 “While it’s been a long-time desire for us to bring Endzone to console platforms, the UI overhaul required to adapt such a deeply immense strategy game is nothing short of a challenge,” said Stephan Wirth, Co-Founder and Experience Lead, Gentlymad Studios. “We’re so excited to share this lovingly created game with new audiences come May, and we sincerely hope players enjoy the experience we’ve crafted for consoles.”

Coming to Xbox Series X|S and PlayStation 5, Endzone - A World Apart: Survivor Edition includes the base game and the expansion “Prosperity.” 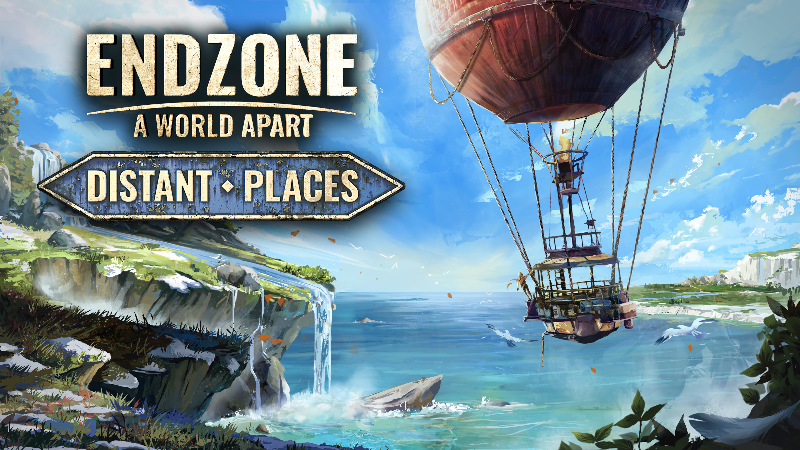 It has been centuries since we started to regain our foothold on the surface of the earth.

Up to this day, we have strived to establish a flourishing haven, much more than just a shelter to withstand the harsh environment we find ourselves in.
It’s a place that provides safety, health care, education and even electricity, but most importantly, it’s a place everybody can call their home.

A place to pursue happiness. But even after reaching these important milestones and creating a new and healthy civilization, our people are still curious as to what lies ahead.

Being the pioneers they are, they want to reach out to other survivors and discover new and exciting places beyond the borders of the settlement. They want to uncover the Distant Places, far, far away, that so many legends speak of.

But please be aware, sharing this is strictly allowed and welcome!

Post-Apocalyptic Luxury is a Reality in Endzone’s “Prosperity” Expansion — You Just Have to Work For It!