A few weeks ago the Dilogus team sent out a call for a PR officer to help keep the community up to date on the latest news concerning the development of the game. I'm pleased to announce that I will be the one happily assisting the team by answering community questions and providing you guys with those meet the team interviews you've been looking forward to so much! My name is Ashley King and you can expect see more regular updates on Dilogus since I'll be nagging the developers until they give me a bone to share with you.

About a week ago, we've closed in the votes on our previous poll over at our Facebook page, which was preceded by another poll about Meet The Team articles. The votes clearly reflected that people would be interested to know more about the people behind Dilogus - The Winds of War, therefore we bring you a series of articles (this is just one of the many for the next 2~ months) that will feature members of the project.

André Boström is a 3D artist working on Dilogus -The Winds of War mainly, while he does lend a hand towards our other game (InMomentum). It's his job to make sure you're visually wowed by the environment within the game, so if you've enjoyed the screenshots released so far, then André is performing his job remarkably well. André has been interested in 3D design and art since he was a young lad, as when I had a chance to talk to him, he regailed me with tales of fierce competition between himself and his brother while playing old classics.

So what are some of André's golden oldies? Blizzard Entertainment and Westwood Studios really left a mark on him as a boy, as André mentioned anything they produced was gold for him. Obviously he enjoys the strategy genre, since Warcraft, Starcraft, and the Red Alert series all fall within the jurisdiction of those two studios. Another game he mentioned was Captain Claw from Monolith Productions.

While André enjoyed these titles as a child and teen, it didn't dawn on him until his late teen years that the games industry could be so vast and modelling could be so fun. He quickly became interested in the realm of 3D art and decided to give it a whirl. It's not an easy path to take, but André persisted and from the beginnings of the most basic tractor model, he has progressed to the work you see in Dilogus - The Winds of War today.

I asked André if he had any teasers about what he was working on for us, and I received the cryptic reply "If I tell you, I'll have to kill you," with the addendum, "I've always wanted to say that!" While I couldn't get our 3D artist to share any special secrets concerning what's coming up next in the realm of Dilogus, I do have another character concept to share with you! (While new screenshots are inbound next week which will contain his work as well!) 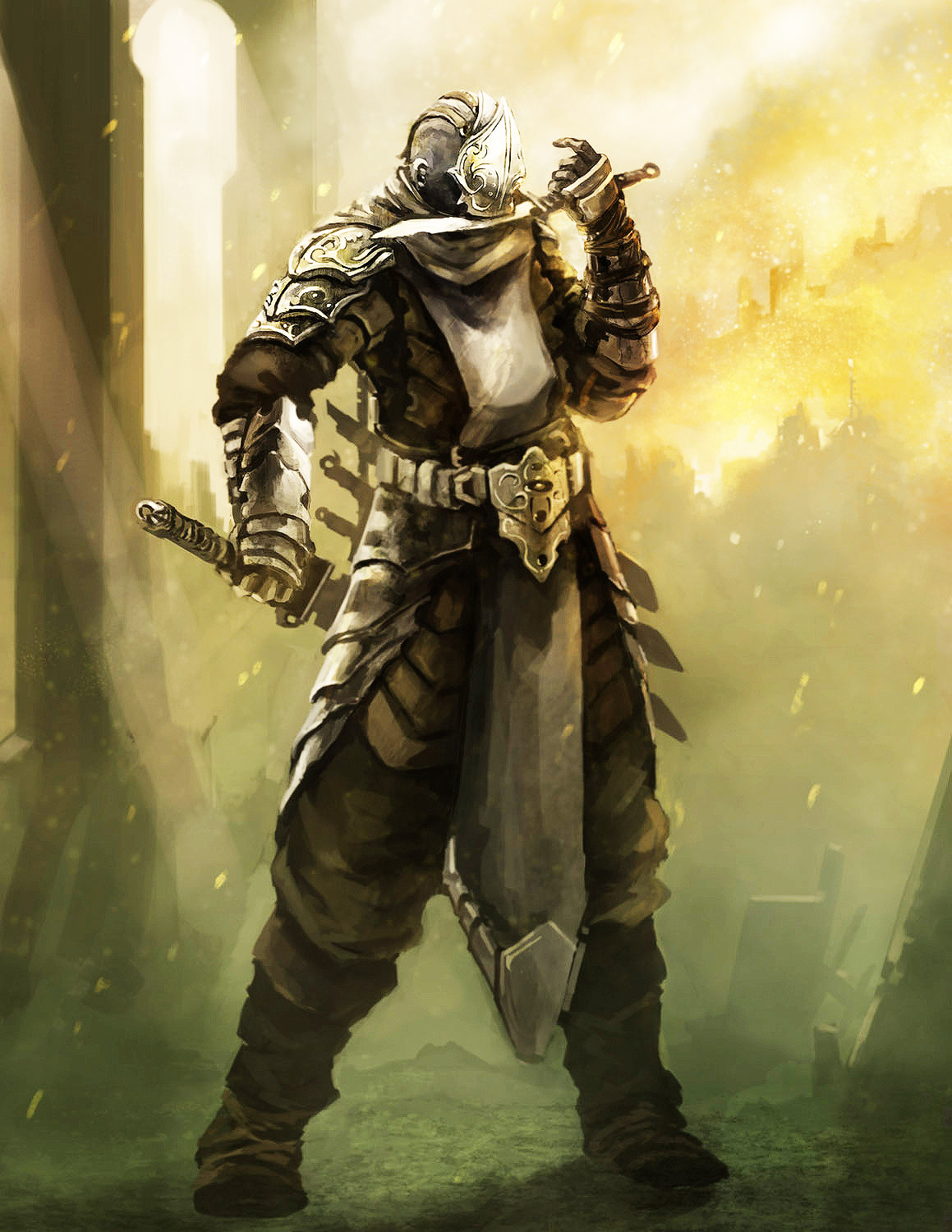 An Asher elite, a creature of celerity, cunning and unmatchable skill to kill.

Since work is not all fun and games as much as we would like it to be, I asked André what were some of the least favorite parts of his job. He's a surprisingly amicable fellow and said that he enjoys all aspects of 3D art, but if he had to pick one realm that he would prefer least in the spectrum of his work, it would have to be creating a low polygon 3D model from a high polygon 3D model. He describes the process as, "translating a high detailed 'mesh' to a low detailed version so that the game engine can handle the 3d mesh. It's almost like building the same 3d model twice."

His favorite indie games include the highly atmospheric Limbo, and Crazy 8 Studios' Cogs. He also mentioned not having played a lot of indie games despite being part of the scene, so if you have some suggestions shoot them at André in the comments.

You have a question for André? Feel free to ask. We're all ears (well, we're all eyes actually).

Thank you for supporting Dilogus: The Winds of War!
If you would like to follow our progress, you can Watch the project or tune in with one of our community sites. Another option is to have a check in at our Forum.

We answer our community: On Open Ended Gameplay - and are hiring a Press Officer

We've put up a boll and most of you voted on information about "Open Ended Gameplay". We'll cover it! We're also in a lookout for an addition to our team...

Another Screenshot: brighter lighting for our previous scene + community Q&A

Check out Tyrum during sunrise - for those that found our other scene to be too dark. We also answer some community questions.

We are releasing the first screenshot - and we also sit down for a great chat with the guys from OMG! Ubuntu! Check inside for more...

Dilogus: The Winds of War - The Forums Are Back!

The Digital Arrow forums are back and looking better than ever. Couple that with some exciting Dilogus news and you've got one sweet update! Check inside...

I still remember the dream about Dilogus

Well, unfortunatelly this one looks dead :( There's been no traffic on the forum either, since July.

I wish they would make some sort of official statement by now.

Desiderium said they developed Inmomentum to help fund Dilogus - The Winds of War. I hope they raised enough money, because dream about Dilogus when I got to bed :P

Gentlemen, please tell me that this is still in development!

When do you think you are going to start work on this game again since InMomentum is out? Also if you need testers I would be willing to help out again :D

I will definately buy this game. It just looks awesome... and it's probably going to be one of the most beautifull Linux games ever. Keep up the good work :)

Is this dead? If not, some updates would be nice.

It's not dead. Currently we're overtaken with the release of our other game, Indiedb.com . Once that ships (soon), Dilogus will get back into a regular schedule.

I see. I was unaware you had another game in development.

Yes, and the goal of it is to fund the development of Dilogus - The Winds of War. =)

Unigine is quite decent (a pity its not 64bit), but I can live with it, since we can run also 32-bit LSB binaries. Anyway, I am really curious whether this project will start or if it already did, what is the progress. ActionRPG it's very nice idea, be aware that You will have to beat the competitor (which I wish You for) RegnumOnline. It runs very nicely and has nice graphics as well. It's also ActionRPG, but very boring at the beginning until You reach certain level, and they have balance problems. I think Dilogus developer should use RO project as a lesson, and make their game more interesting at beginning, so players don't leave before reaching waring level.

Please let us know, about the progress.

Indie
Tags
Embed Buttons
Link to Dilogus: The Winds of War by selecting a button and using the embed code provided more...