Dengen Chronicles is the most engaging Online Customizable Card Game in the Manga universe, including both TCG and RPG elements.
Challenge real opponents in turn-based matches or play against the computer and gain coins and experience points!
Four Manga families are in war: ninja, fantasy, robot and school. Pick a side, create your deck of super customizable warriors and start spectacular fights.
✩ Free to play! ✩
PLAY NOW! 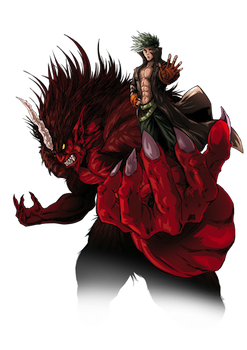 Play your saga with the awesome Dengen 4

Dengen 4 is now available for all gamers. We’ve made a lot of improvements and introduced powerful, new features. Anyway, some of them may sound familiar to you. As a matter of fact, gamers’ feedback and requests played a significant role in outlining the fourth edition of Dengen Chronicles. At the same time, we did accurate studies on game mechanics in order to enhance our plan.

Today you can leverage a smarter deck and a new dashboard. We’re sure you will love the dengen wardrobe for your heroes. Stop the mess of scattered items and sell stuff you don’t use anymore: heroes, dengen cards and war items will make you earn super handy crystals.

Fuel your saga with the new real-time tactical fights! Find out who is online for thrilling battles or search for your friends! War items now feature the dengen supporters, amazing creatures that will never leave your heroes alone. And, speaking of heroes, we’ve introduced level 6. Your deck is going to be more dengen than ever. Play your saga on Windows Phone, Android and iOS.

Here are some screenshots of the brand new GUI:

Finally here we are: Dengen Chronicles for iOS is out and is ready for iPhone 6, iPhone 6 Plus and new iPad.

Dengen Chronicles for Android is out!

After 200,000 download on Windows Phone, Dengen Chronicles is finally available for all Android devices.

Great achievement, guys! Over 100,000 users are playing their saga and fuelling the fight among the Dengen bloodlines!

The biggest update for Dengen Chronicles is out on web/PC and mobile versions. Localizations in 9 languages, daily rewards, tutorial, offline clash and...

Hi guys...thanks for the video!!

What about making a gameplay video?

Actually after christmas we have an exciting new format of show planned and we will be covering you in that! Its a more indepth look then the shorter snippets that our normal show Locked On Gives (which is about 5 minutes per game with 3 a show) This will be focused more on a single game with indepth review taking place and just enjoying the game etc. But dw, we'll let you know when its live!

Hi, it seems there is a problem with Windows 8 application. If I start the mission and meanwhile switch to another windows application or desktop, the mission remaining time freezes until I open the Dengen app again. The only way to get real data after minimizing the app is to log out and log in, which is really uncomfortable. Can you fix this bug? In the online version it works well...;o)

There is a 1.1 version available.
Can you update it and let me know if you still get the same problem?

Dear user, we just checked on a couple of Win 8 computers and it seems to work fine.

Windows 8 works different than previous versions. The applications ale always freezed when they are minimized. I have only the game and desktop open and the problem persists. Maybe the problem is that my computer is not a supported device for Win8 (I have Lenovo G470 and bought update to Win8). In the case of my computer all applications are freezed when I switch them to another. But it should be normal according to official Microsoft website.

Thanks for the feedback. We'll check it out right now!

I often get a blank screen instead of the manga combat screen. The forward button is there, so I can go on and either win or lose, but the blank screens show up maybe a quarter of the time.

Hi Andurian,
that's very strange!
Can you tell me what version are you using? Browser game, desura or windows 8?

Desura. And I shouldn't say it's a blank screen. The blue hexagon background is there, as is the feedback button.

Did you see the two users bars in the top and bottom?

You see them on the first screen, where you select skills, but the next two screens are blank.

can you tell me your username on the game?... so I'll check the logs.