Try to establish a settlement in this new yet classic take on the tower defence genre. The focus lies both on the battlefield where towers are built and upgraded to prevent monsters from reaching the settlement, as well as on the settlement where buildings are upgraded to keep the resource production going. In Defensa the player has to defend against numerous waves of monsters walking on a path designed by the player. The gameplay is structured around a day and night system, where the battles are fought during the day, and the night is used to build, upgrade, and plan for the morning. The game is won if a good enough defence is built, and a settlement is established. 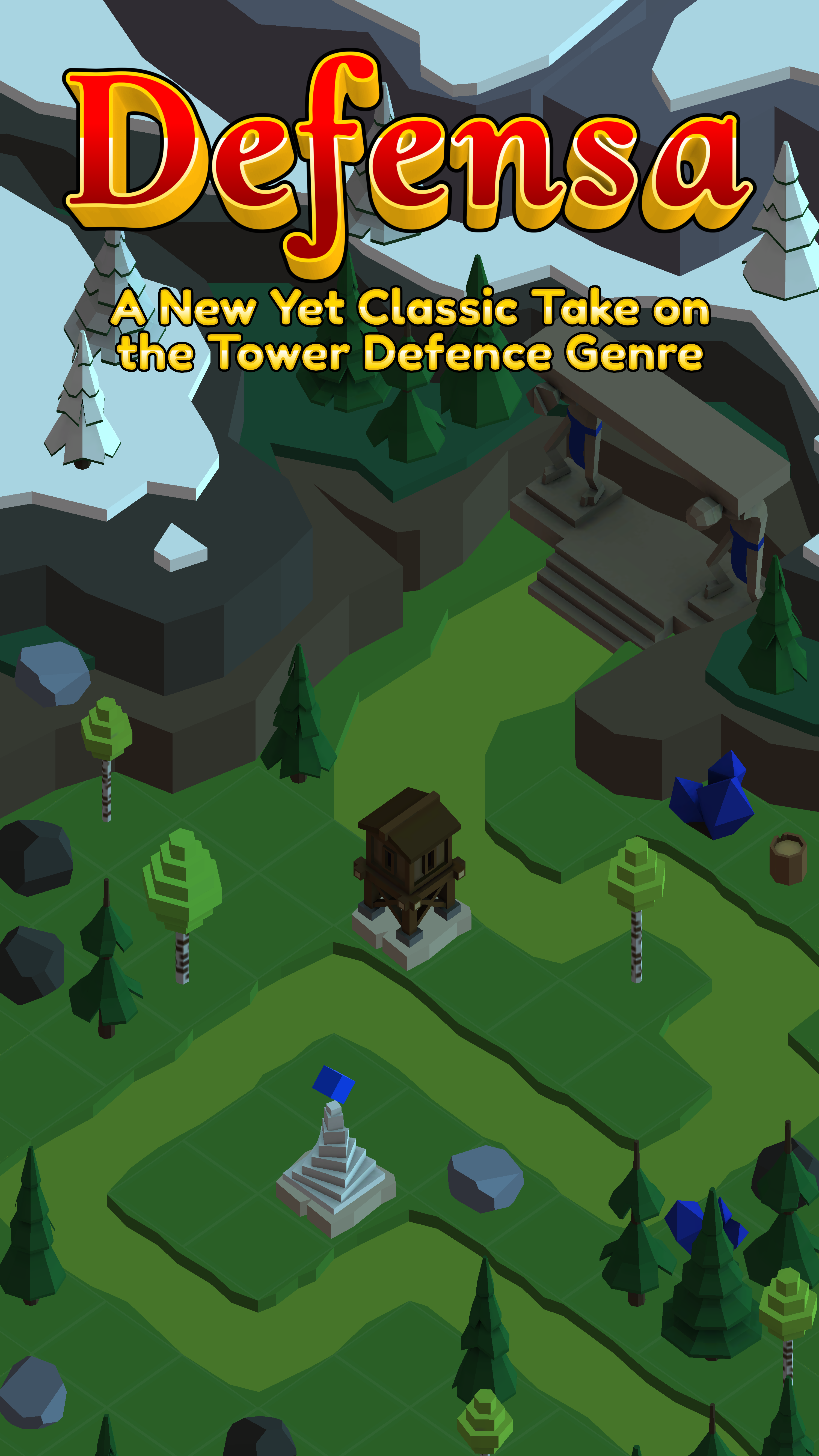 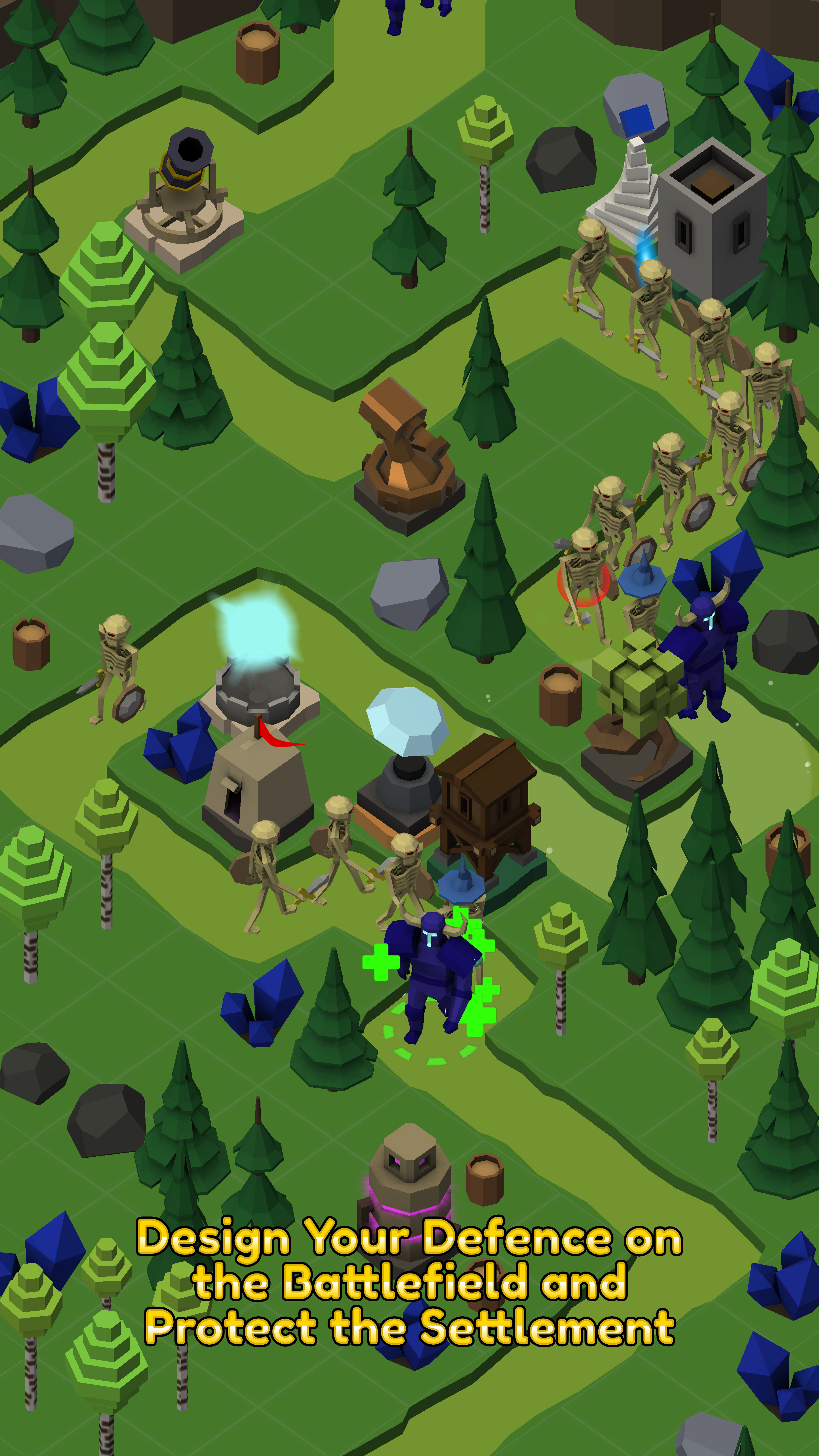 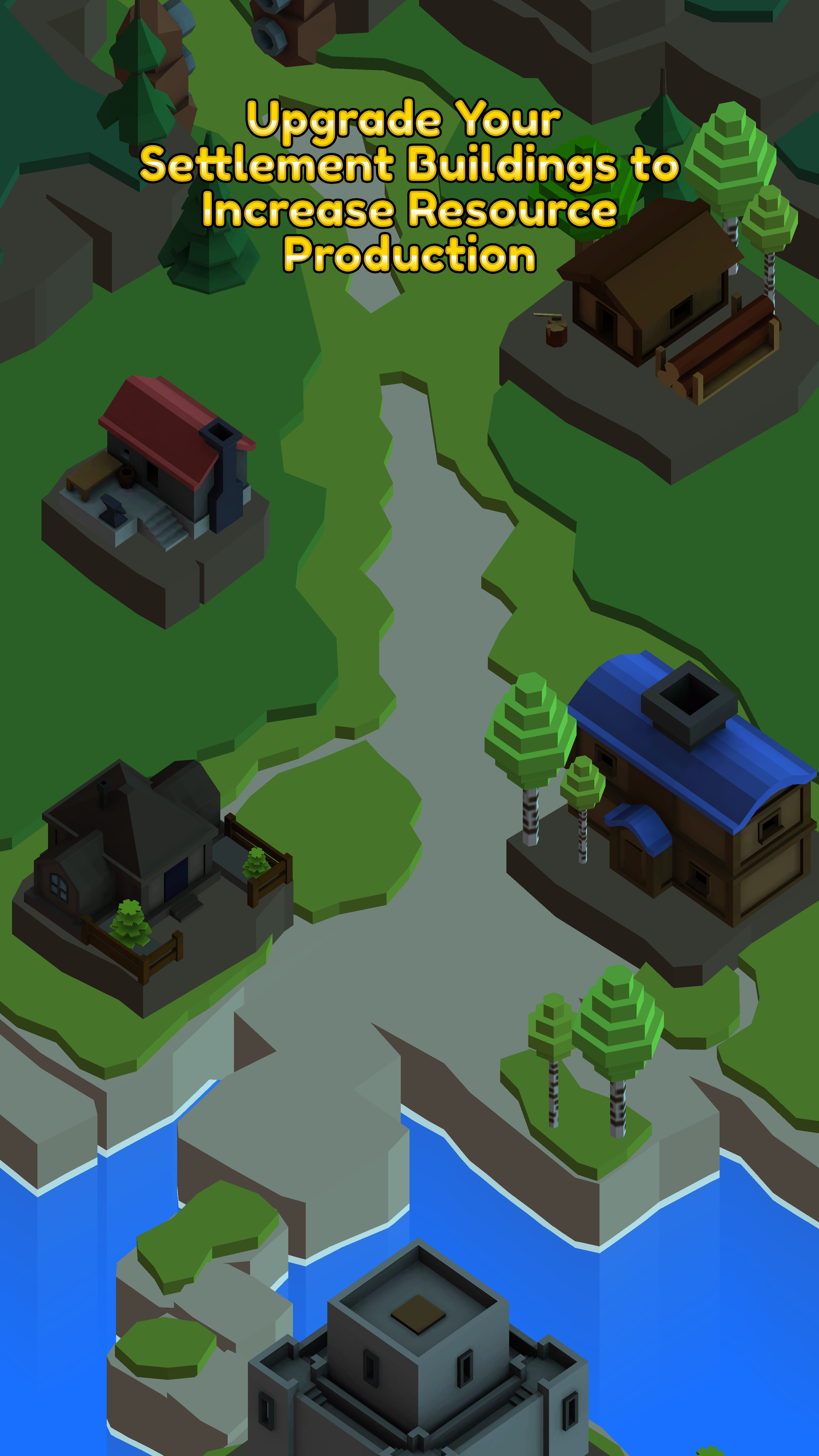 Today marks the date for my second game release. Ever since I played Blizzard TD for Warcraft 3 I have wanted to make my own tower defence game. Defensa (iOS, Android)(YouTube Trailer) is the final result of that goal.

Defensa is in some aspects a classic tower defence game, currently consisting of one map with a very large number of waves, in contrast to multiple small maps with a few waves each which seems to be the norm of todays tower defence games. This together with new features like letting the player design the path, and a new ‘settler system’ which allows the player to temporarily buff towers, makes Defensa a nice mix of old and new.

I’ve only been developing games as a sole proprietor for a little more than 1½ years, and I still have a lot to learn. This is my first game developed in a big engine (Unity), and before this game I had barely used either Blender or GIMP. I will continue developing this game, and add content, which means that all constructive criticism is very much appreciated.