SURVIVAL - CRAFTING - ADVENTURE Explore a vast hostile environment while crafting new tools to help you survive. Discover intriguing puzzles and the mystery behind the strange remains of artefacts left in the Amazon Jungle. Key Features : - Start with nothing and craft, hunt, fish and fight to survive. - Hunt panthers for their meat - Catch fish and find fruits - Build fire and cook your food - Search for water sources - Sneak behind enemies to perform stealth kills - World Exploration & Survival gameplay - Craft tools and weapons to survive in the jungle - Patch yourself up with makeshift bandages - Adjustable FOV Story : Garry Friedman, a veteran bush pilot in his early 40’s , still broken down emotionally after a tragic accident involving his wife and his little girl, drowns himself in alcohol every night to escape his torment. Now numb to the constant dangers he faces, Garry keeps signing up for impossible jobs; he gets the cash, doesn’t ask questions, business as 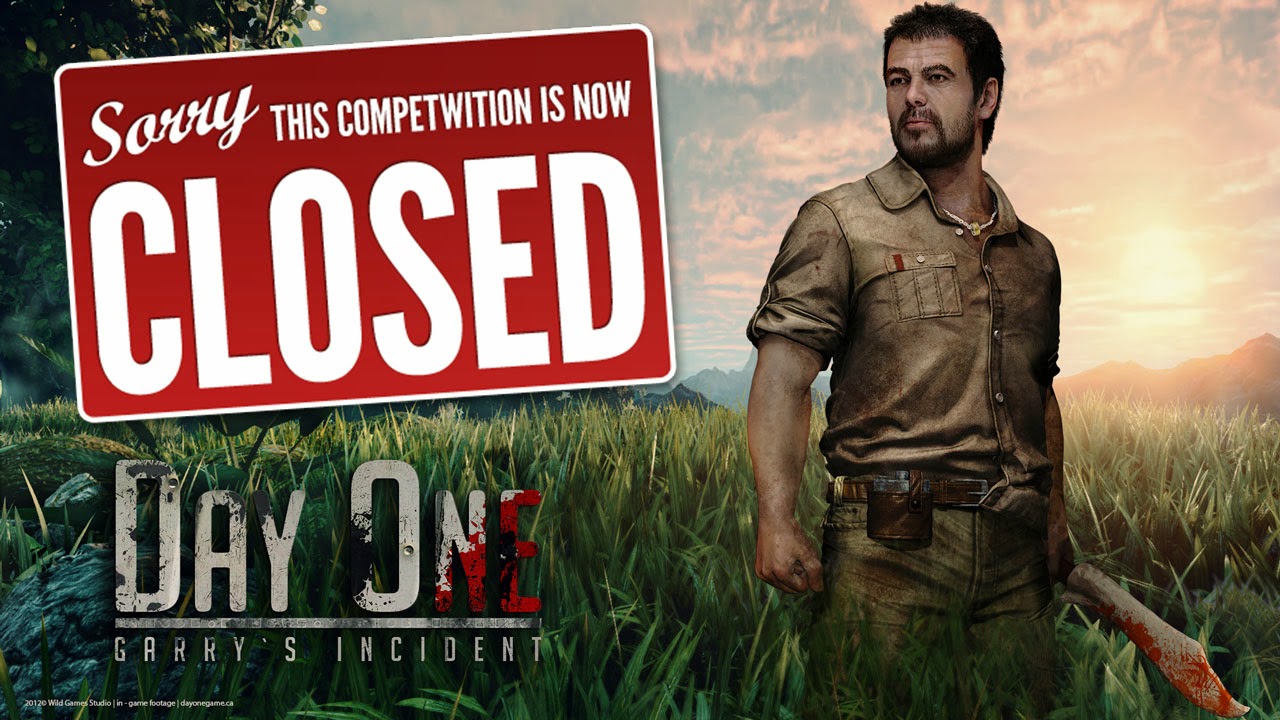 Day One : Garry's Incident follows Garry Friedman. Garry's wife and daughter were recently killed in an accident of some kind, leaving the middle-aged Garry depressed. He has since drowned his sorrows in alcohol and become a pilot, willing to do any job, no matter how dangerous, for the money. 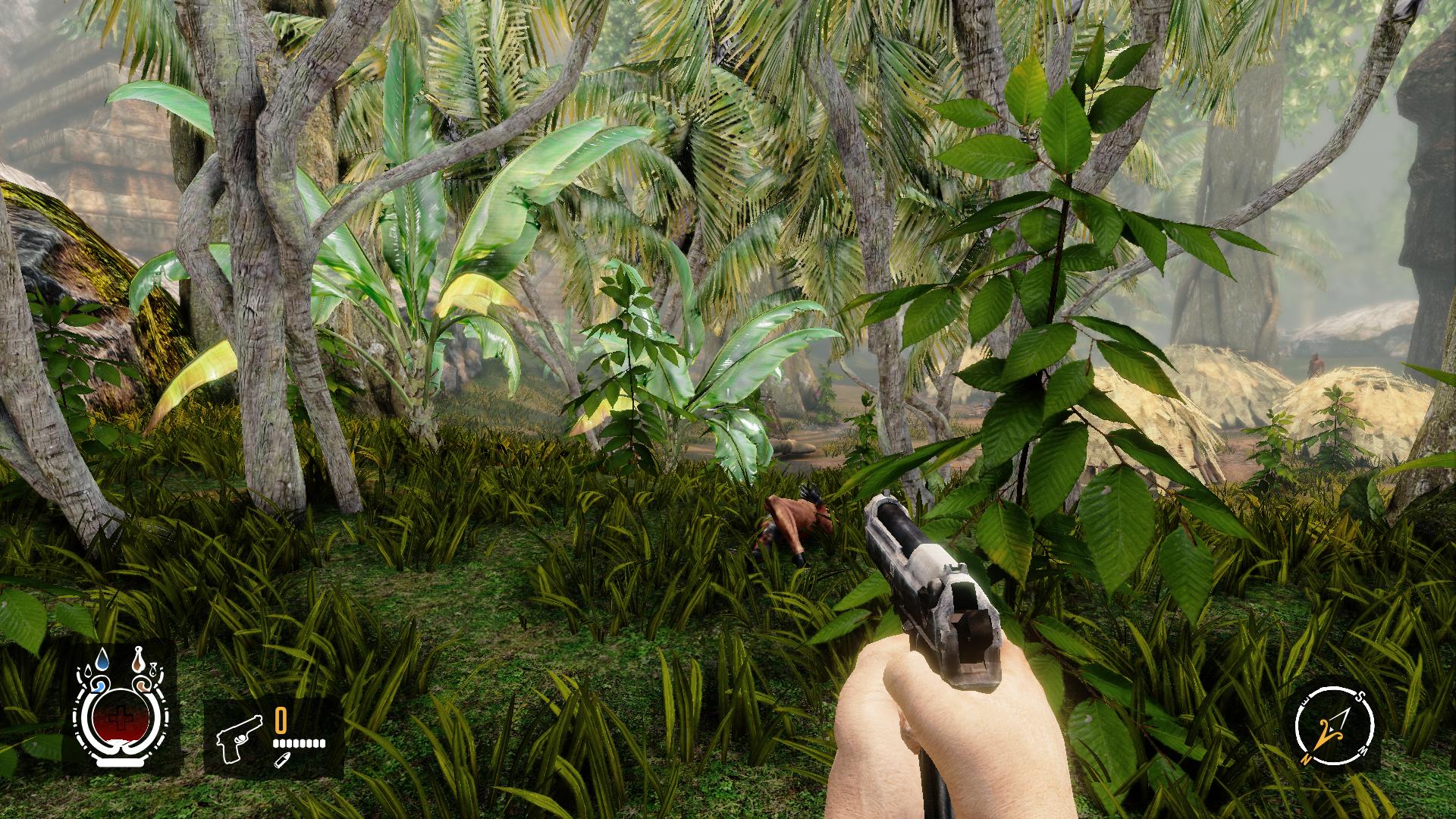 On Friday, 13 June 2014, Garry collects some cargo in his plane from a research facility in Yellowstone National Park, en route to Nevada, with the drop location updated along the way. However, as he is leaving, the Yellowstone Caldera begins to erupt, and the plane begins spiraling out of control. However, this triggers the artifacts he is carrying in the back of the plane, which transport him to the Amazon Rainforest. 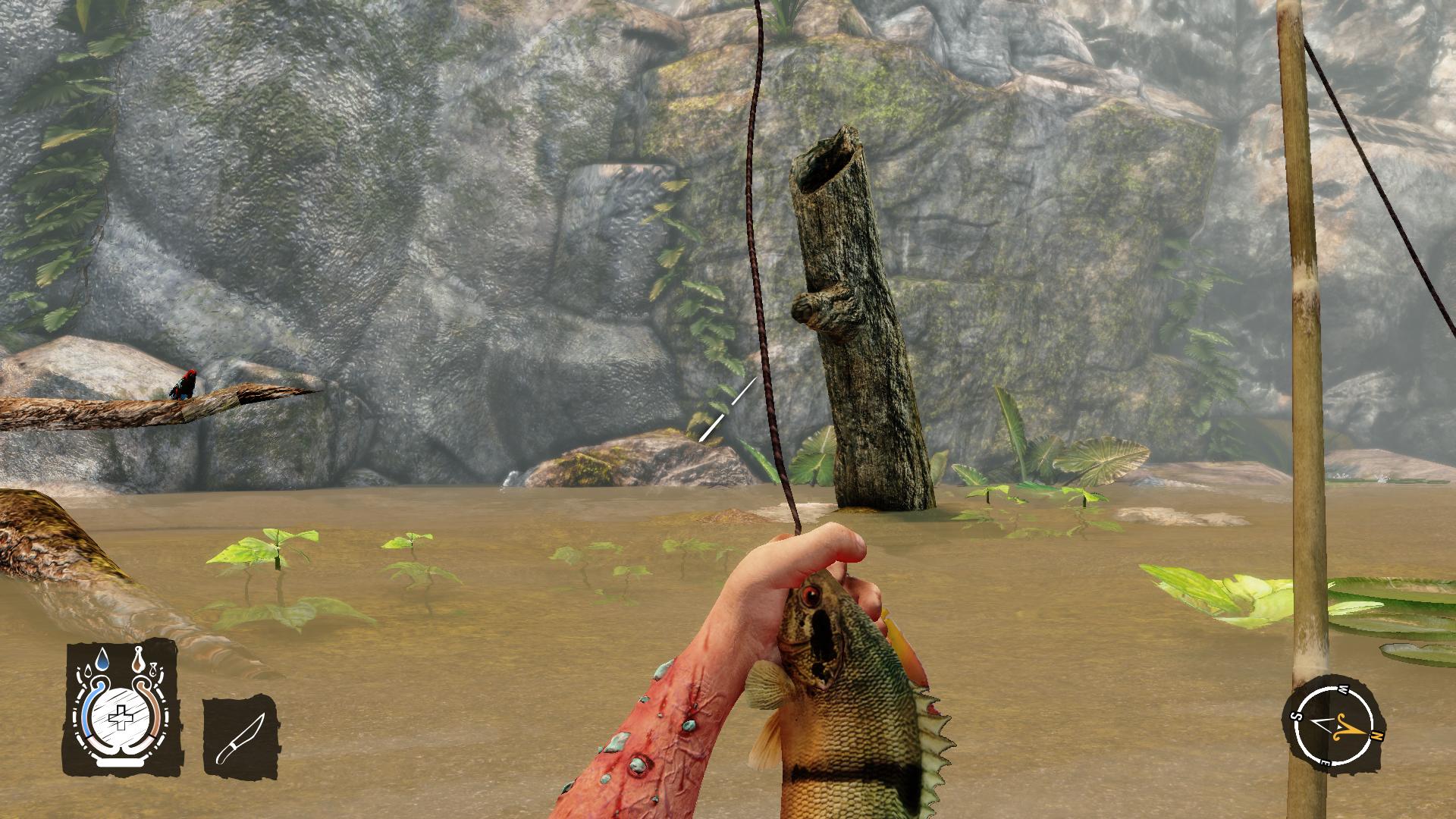 As the plane descends, Garry passes out of consciousness, the trees breaking his fall and keeping him alive. In the jungle, Garry discovers an ancient native civilization, finds food, builds his own weapons and survives, discovering artifacts left by aliens hundreds of years previously. 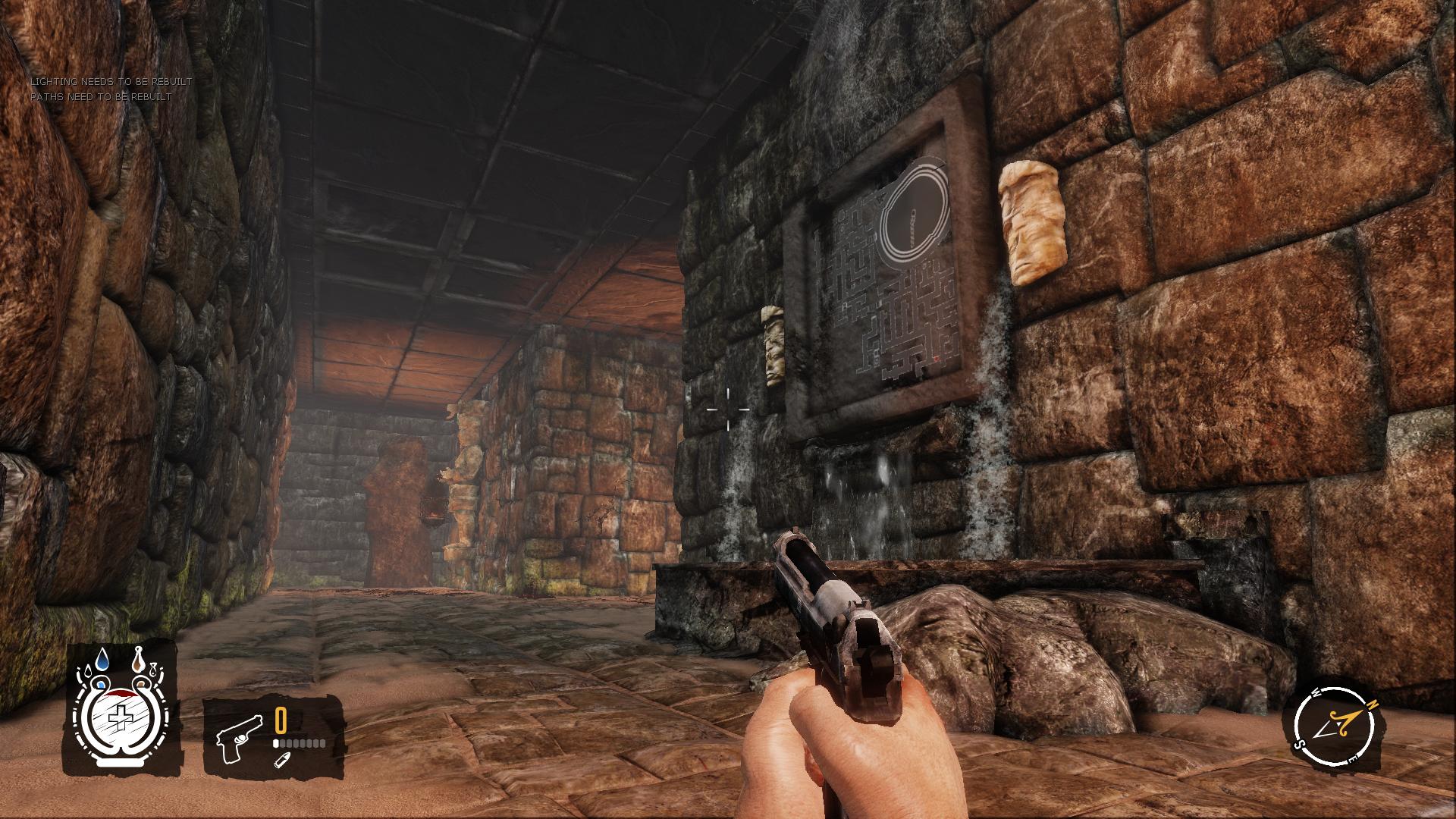 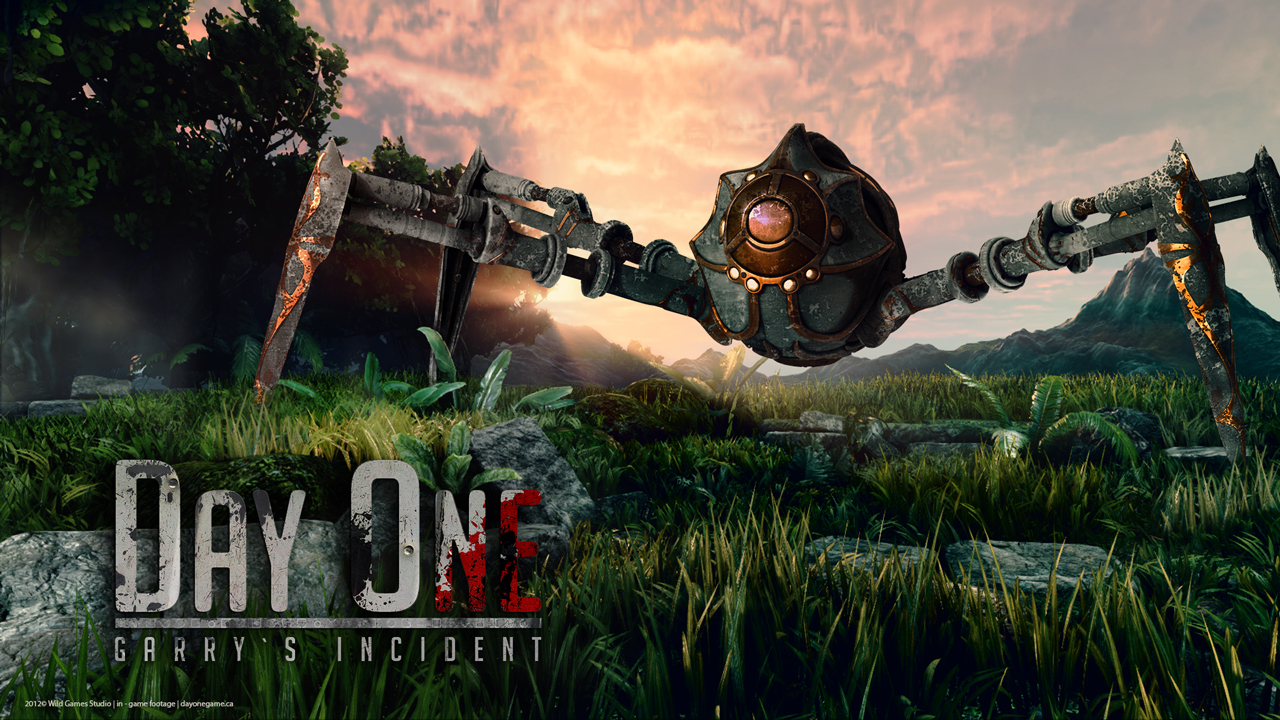 This new mode features a separate gameplay from the story mode and will contain a Day and Night cycle, new creatures and new crafting recipes.

Rebate of 50% for the launch

Survival, Crafting and Puzzling. For the launch of Day One : Garry's Incident, we offer a rebate of 50%!

I bought this game awhile ago and have been having some trouble with it, the main thing being that I have to get really close to the object I want to pick up and alot of the time I have to run around the object until I can get it. Are you planning on making any fixes? The idea of the game is awesome but it has some problems right now it would be a shame to leave it as it is now.

I highly suggest not playing this game, after receiving a review copy of the game from the devs youtuber "TotalBiscuit" , Totalbiscuit made a video of his first impressions of the game claiming that it was outright broken. The company who made Garry's incident then attacked his channel claiming copyright breach when they gave him the review copy and said he could post it, totalbiscuit was forced to take down the video.

Here's his video after the problem had passed:


and here's the video after he was forced to take the video down (he brought it back up):
Youtube.com

so who cares what you think?

Whoever You Are Totalbiscuit Died
**** You Demon

id like to try it before i buy it so a demo would be appreciated.i love these kinds of games based around survival and its just sad that there arent more like them.

Is this game still in alpha? The reviews are scary and don't mind getting it if there are many things going to change over the years.

should be pre-alpha LOL

I have a problem with this game. After the Temple, on loading screen, game crashes with "Run out of memory!" error. What should I do?

What is your specs?

This one helped! Thank you!

Ok good enough. It's a desktop? Do you have a SLI setup?

Tags
Embed Buttons
Link to Day One : Garry's Incident by selecting a button and using the embed code provided more...