CyberThreat is an upcoming turn based RPG with a modern day setting. You play as a young man or woman going into their final year of study in a new school. Up to and after their arrival however, there’s been a string of mysterious deaths of students their age. The one thing they all had in common, was that they were badly abused by their peers through cyberbullying. The death toll is on the rise and the police don’t have any leads on these unexplained deaths. But what happens when the target of the cyberbullies is you?

Check out the trailer below for a glimpse of CyberThreat in action!

Welcome one and all to another CyberThreat development update post! A lot has changed since you last saw CyberThreat, so let's jump straight into some of this update’s highlights! 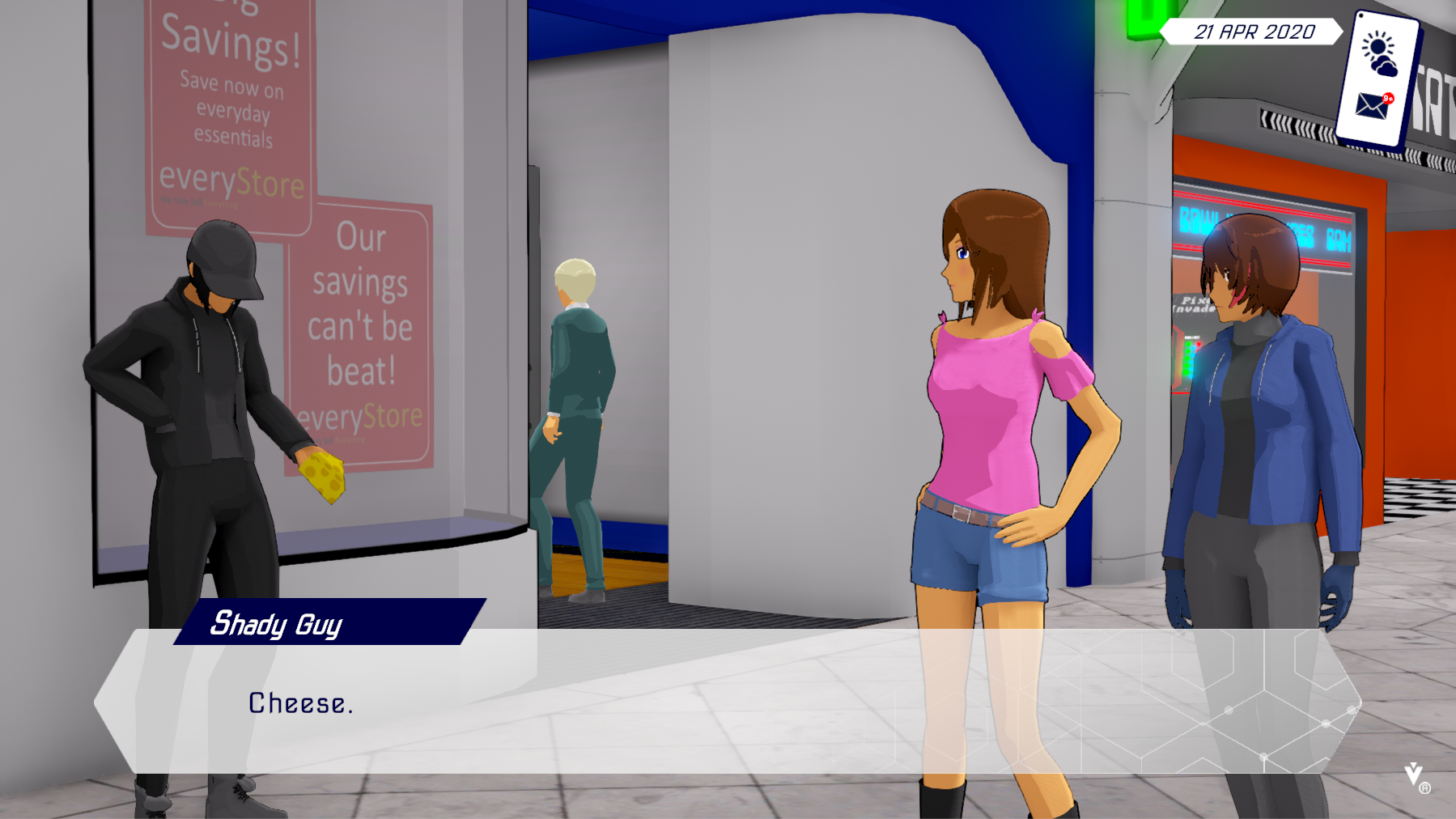 CyberThreat’s dialogue system and tools have been vastly improved and expanded upon, with further room to grow still. New improvements and additions include:

While these additions may not seem groundbreaking, they have massive potential for how they can be utilized, which would really enhance the experience. For example, if you’re friends with a character, you’ll start to receive messages from them asking to hang out, depending on the stage of your relationship. Or if you’re talking to another character in the overworld, their dialogue may differ each time you speak with them during the same day cycle. 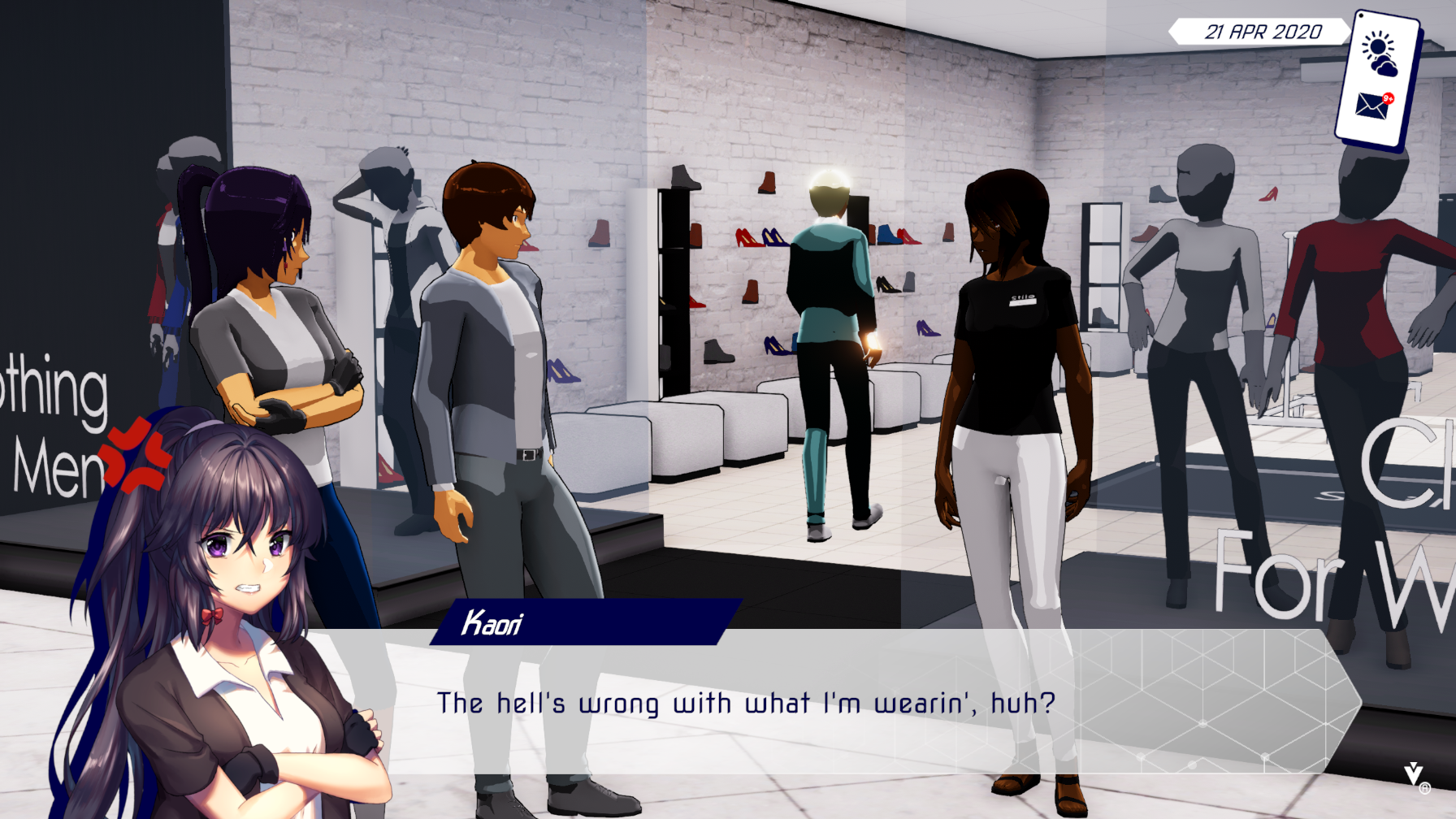 Another improvement to the scenarios and overworld is the inclusion of a new Silhouette spawning system. Also utilizing Spline Movement, backgrounds are more alive feeling than ever as NPCs are able to do more than just walk in a straight line, and if they wander too close to the action or player, they start to fade out so not to interfere with the scene as it plays out. Coupled with randomized colors and animations/props, this new approach helps sell the living world that bit more. 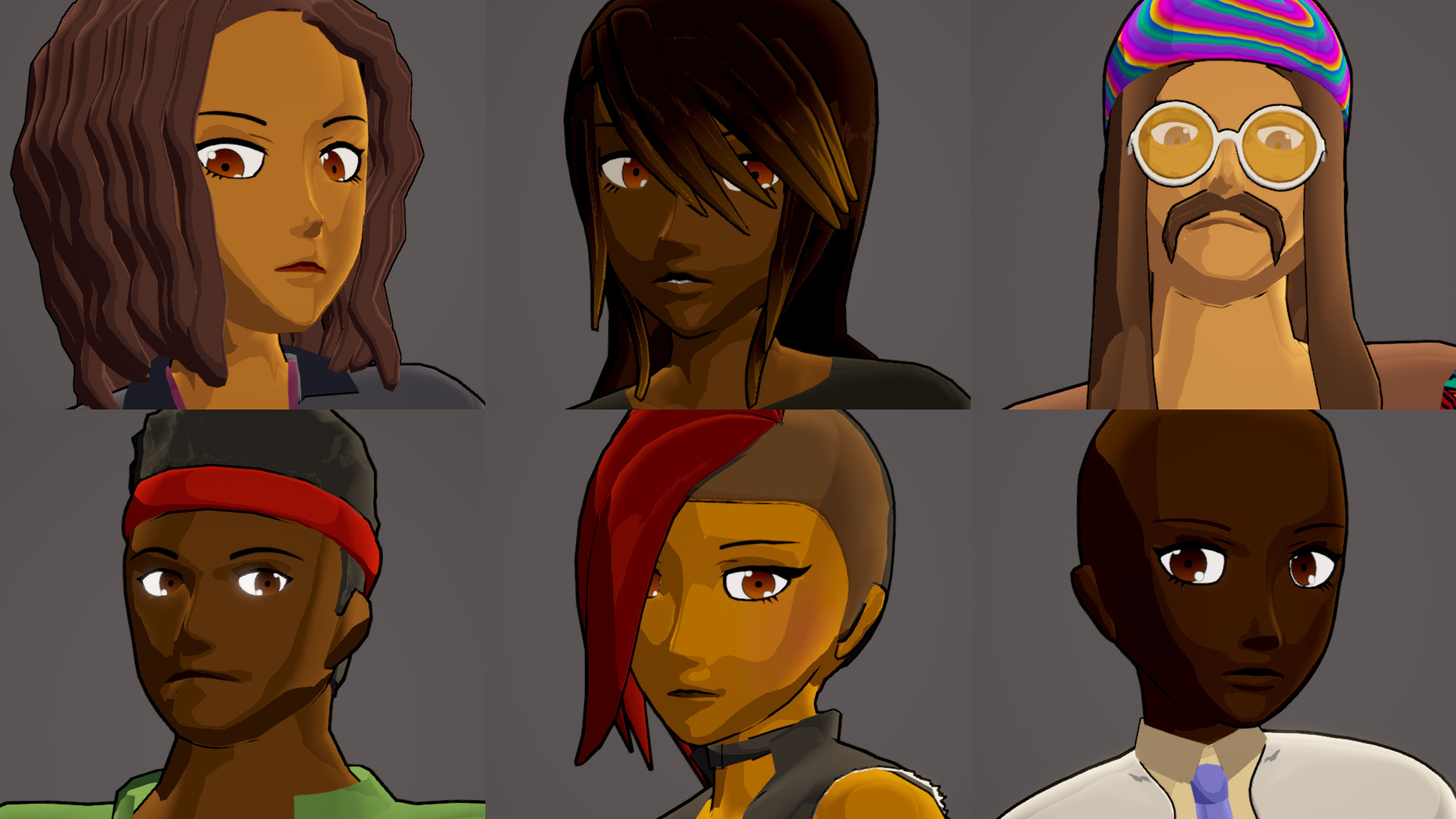 CyberThreat features 25+ major characters for you to meet, date and hang out with over the course of the game, but there are also a lot of minor characters that have been added that still play a big part in filling out the world. Characters such as new teachers, students, civilians, and more! Some of the new characters include:

And that’s not even including Kidlat, Jesse, Isaac, Hillary, Iris, Arturo, Nat, Enrique, Adia, Eagle Canyon, and of course the teaser at the end… Soren. There really is a character for everyone! Each has their own story and personality, I’m excited to share more about them in future. 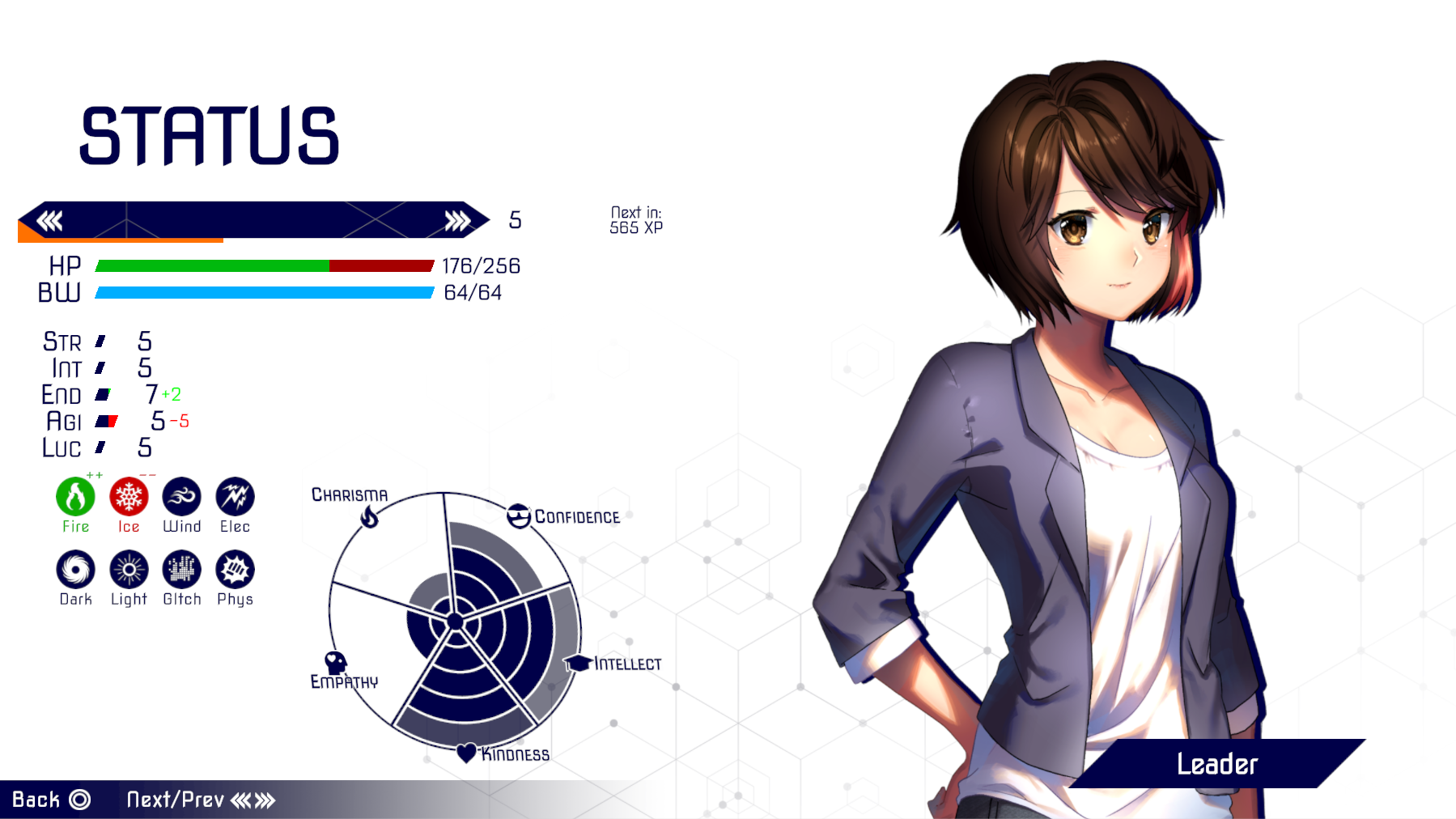 Another update, another UI iteration! The UI has been updated to give a more clean, computer-like feel.

The game’s main color palette has been settled on too, being a mix of deep blues and white. This definitely helps sell the modern-day vibe, and gives the game a unique look and feel to match its themes.

There will no doubt be further tweaks and iterations on the UI of course, but it’s certainly reaching a more polished state with each new version. I’m hoping to add more animated elements and transitions in future, so keep an eye out for that! 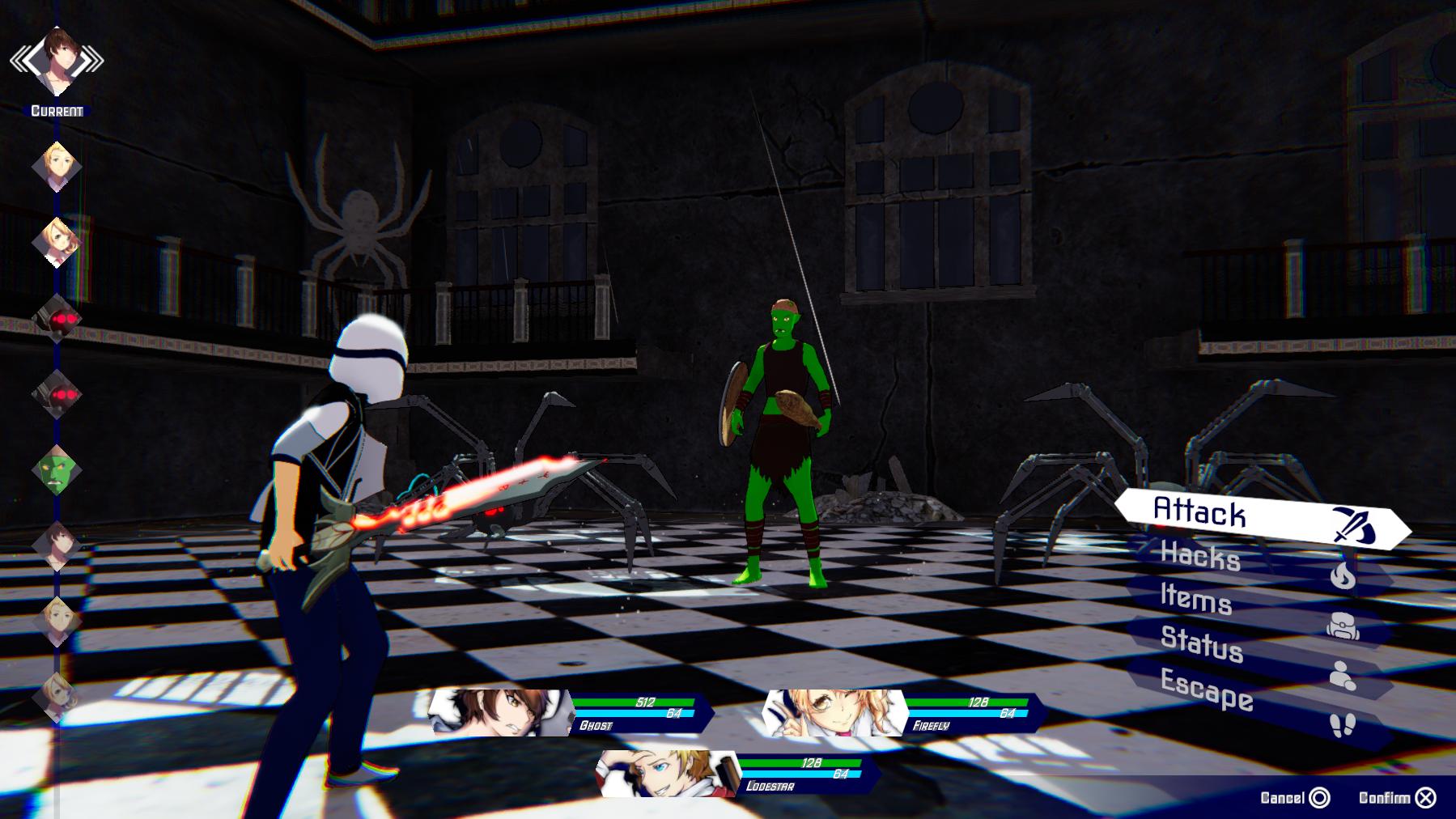 A related improvement in the field of accessibility options, is the ability to toggle on response hints for dialogue choices. This will be iterated on to make it even easier for people to make the choices they want, especially if they have a hard time making decisions in RPGs like this. Keep an eye out as I'll be sharing more as the feature is refined! 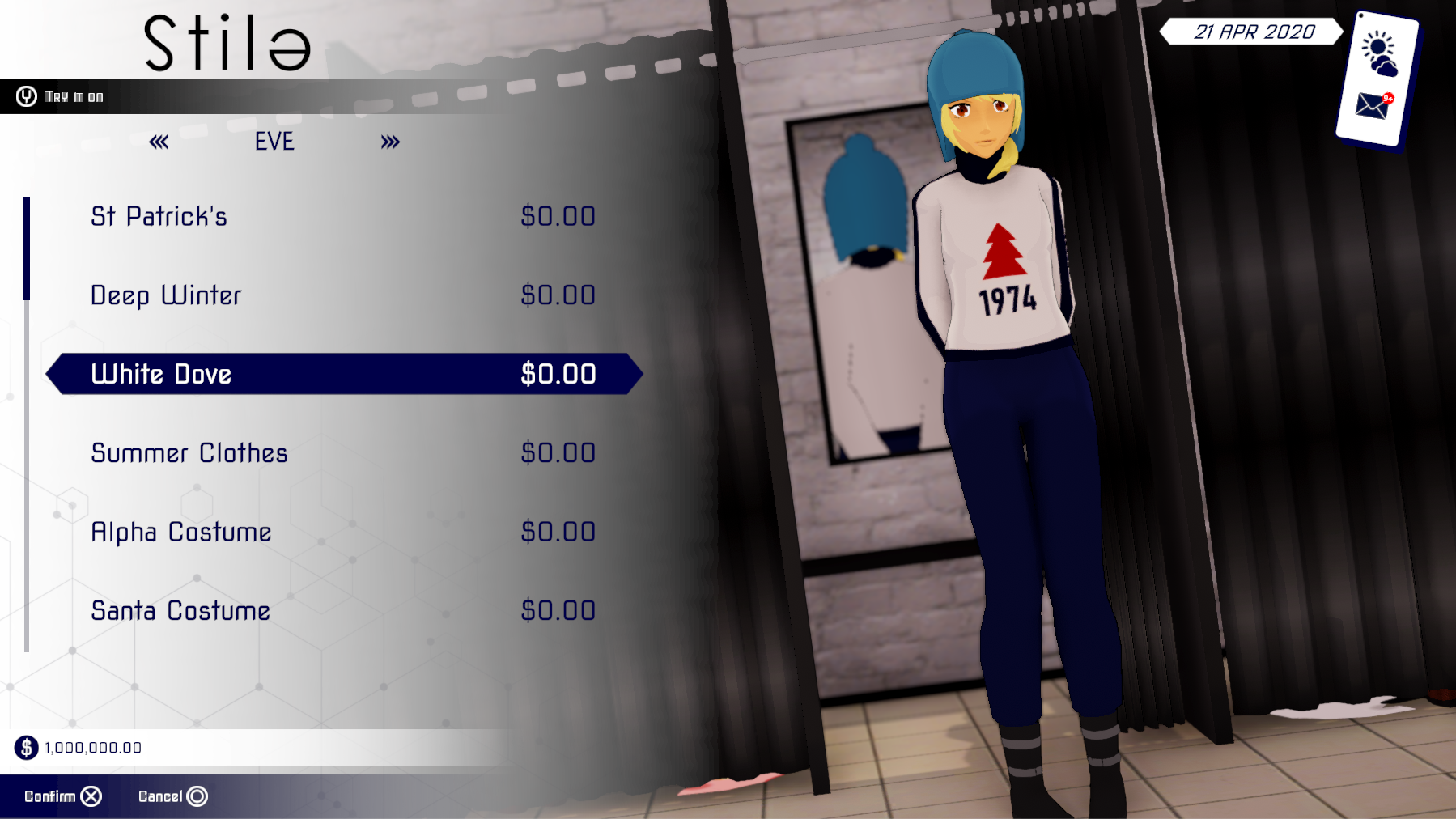 If there’s one thing that I can CyberThreat can go toe to toe with Fortnite over, it's costume count! There will be plenty of unlockable cosmetics included in the base game! There are plenty of new costumes and weapons this update, with the key highlights being: 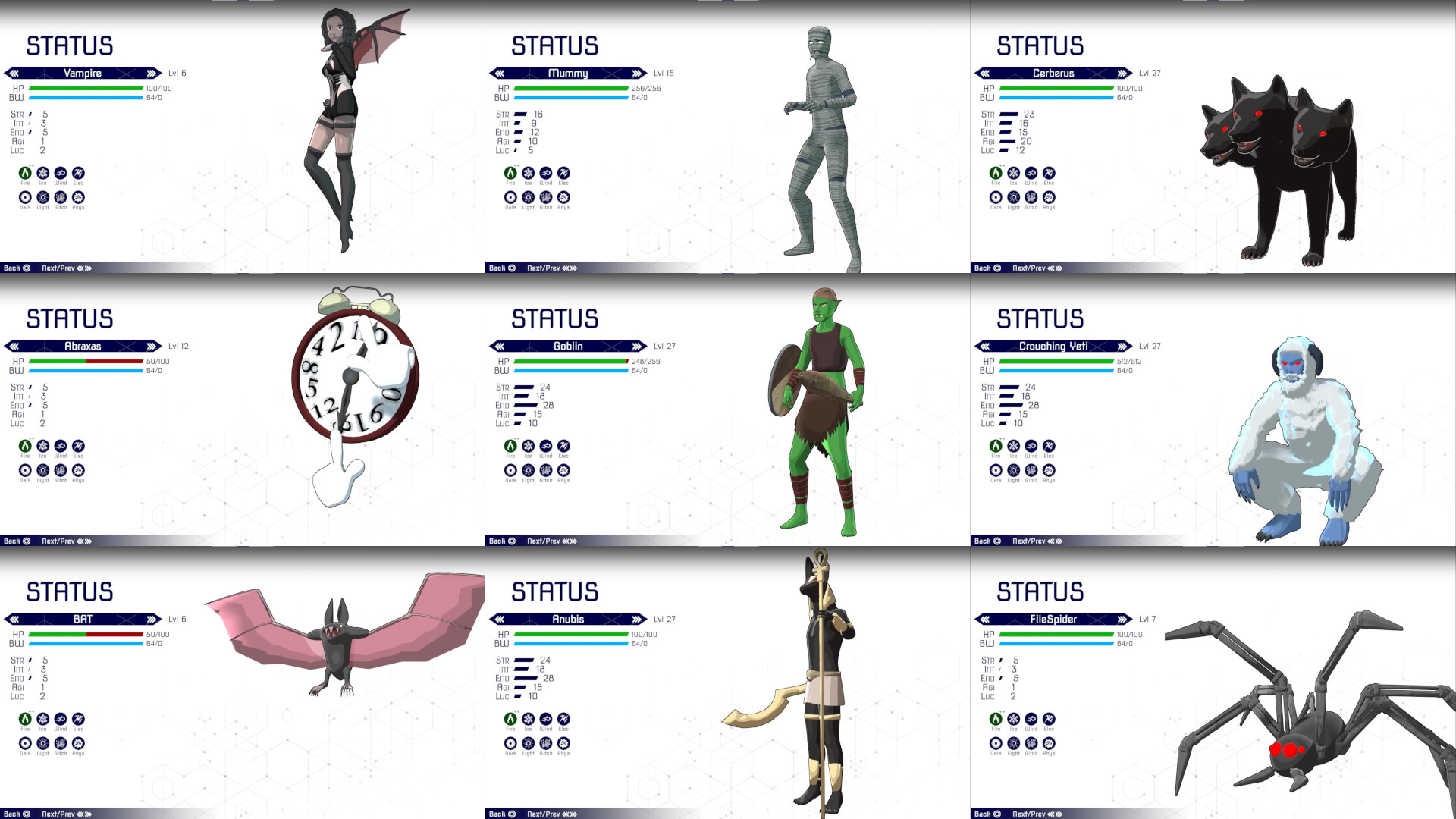 This update comes with a big boost to the roster of enemies in the game! Some of the new Virus variants include:

While some of the Viruses shown off are still a work in progress, they’re a great base to iterate on and make them even more eye-catching in future. For an RPG like this, variety is crucial, and there are many more virus designs still in the pipeline! There will also be a focus on making sure they all feel balanced when the time comes, and that their behavior is varied enough that they feel different from each other in each fight.

Another feature implemented, but not shown in the update video, is the inclusion of “Corrupted Viruses”, powerful and unpredictable viruses which prove a challenging, but rewarding experience. More on those later! 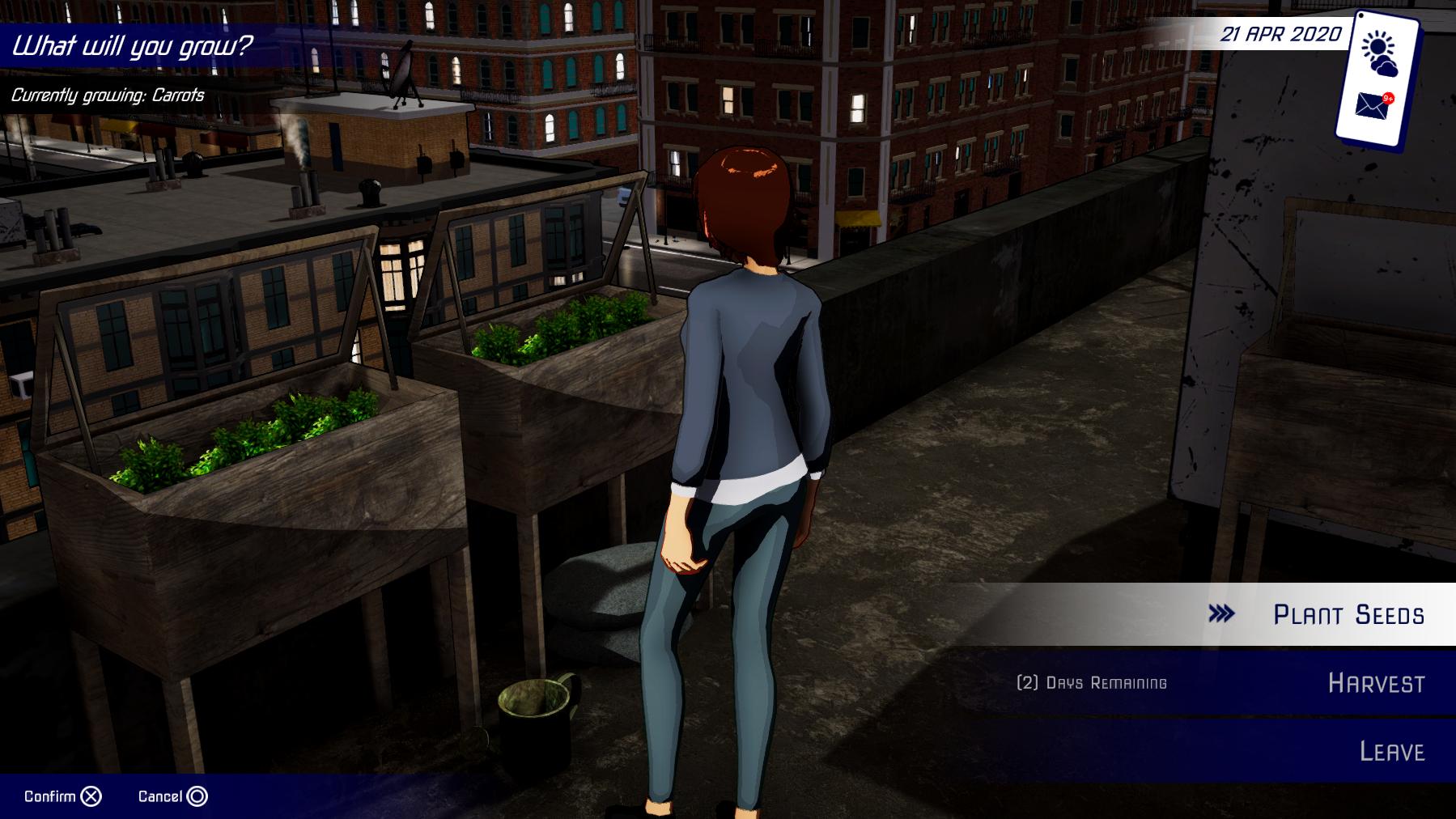 Expanding on the Fishing minigame shown previously, CyberThreat now has even more side activities for you to engage in! These include: 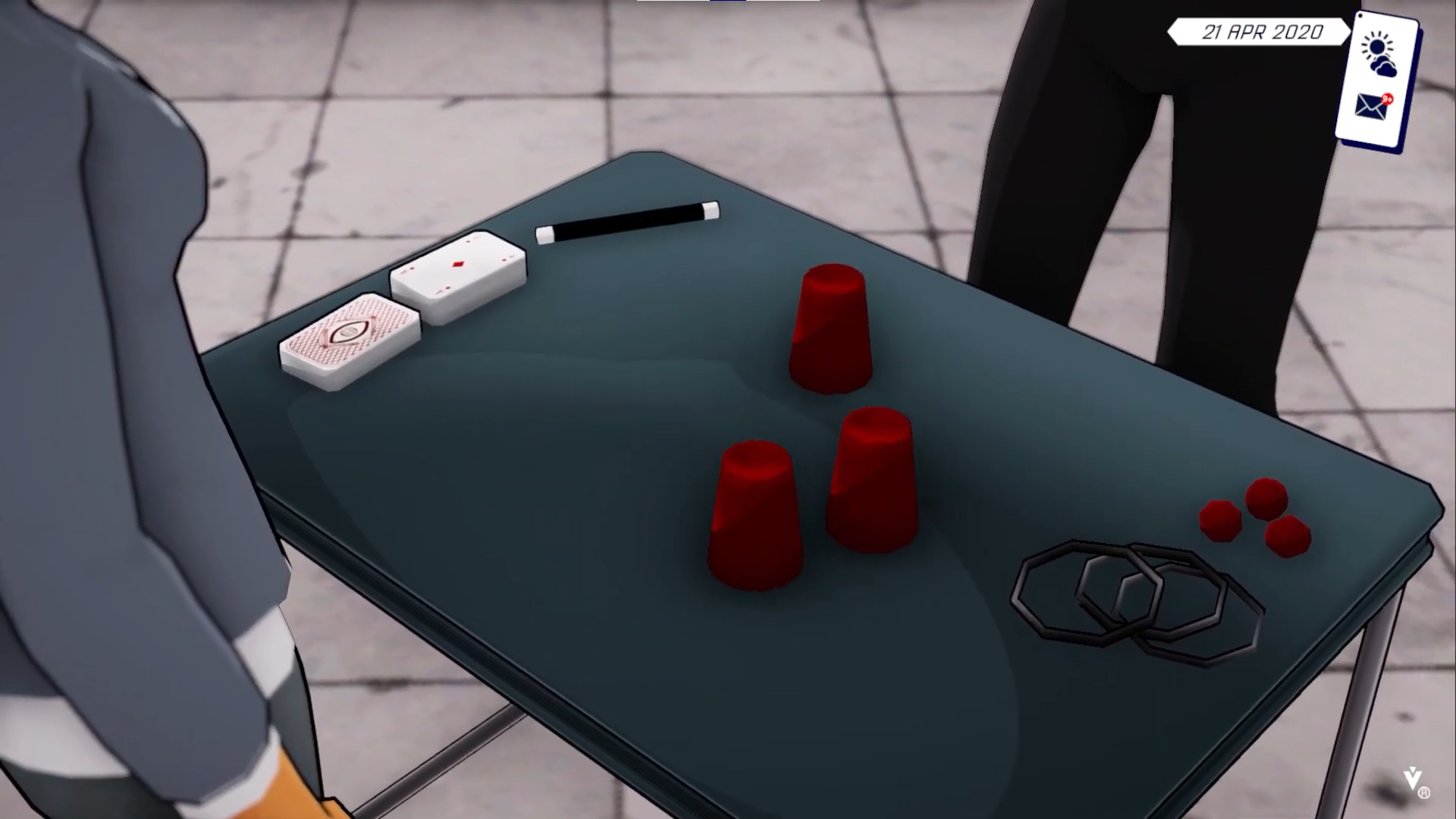 There are planned improvements to these minigames which will boost the level of engagement value in time, such as being able to unlock new recipes when the player buys a better oven, or being able to water their plants to increase their expected yield.

Other activities in the game will include: 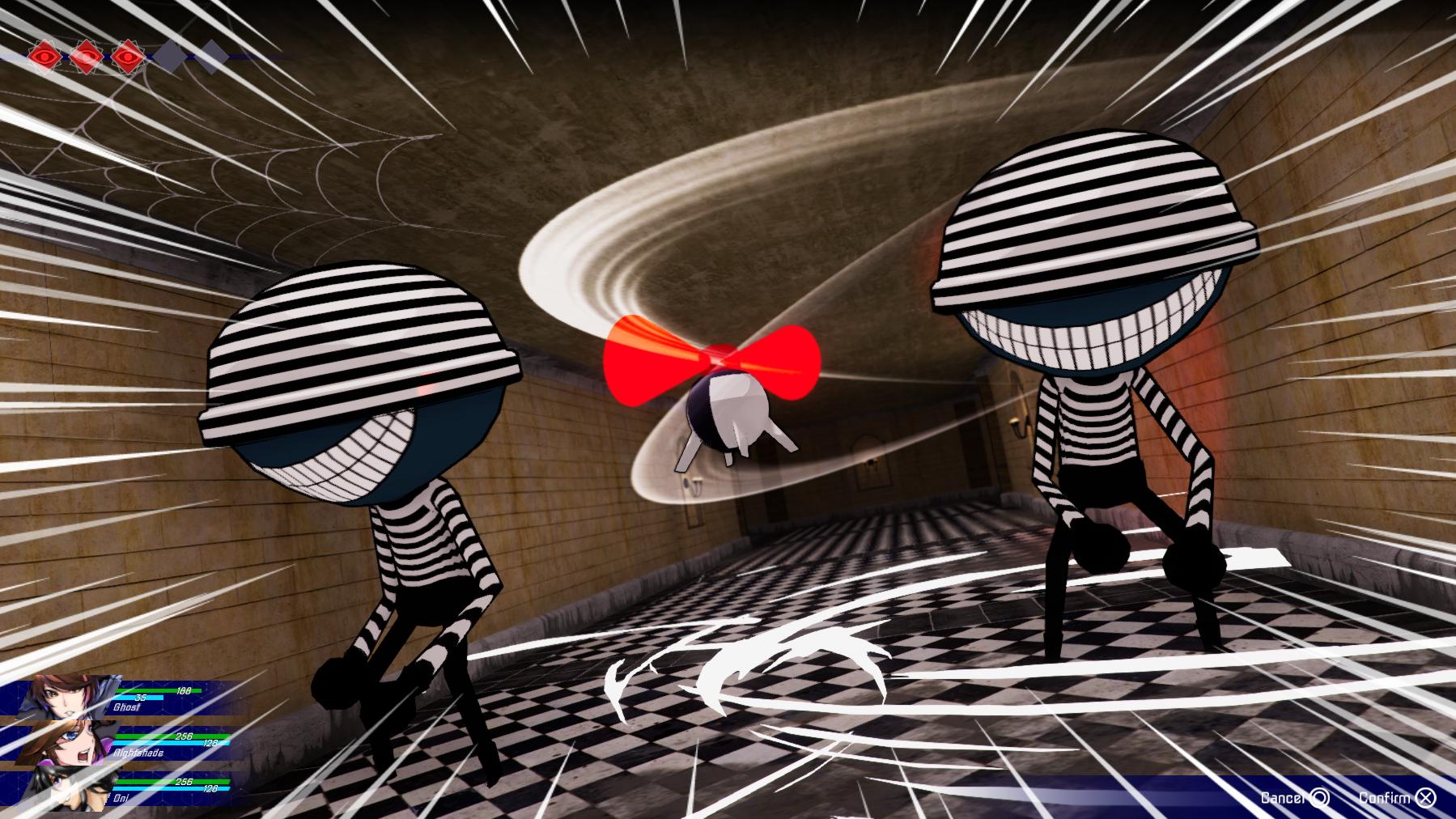 The first new major change to the domains (dungeons) in CyberThreat is the addition of “Spybots”. These viruses roam around in Cyberspace and alert other viruses to the presence of intruders. These viruses then flock to the source of the alarm and a battle ensues. When you’re spotted, the Virus’s awareness of you goes up. If you are spotted 5 times in one domain visit, you will be forcefully ejected from the domain entirely, and time will progress. You won’t be able to return to the domain until the following day, so make sure not to be spotted! 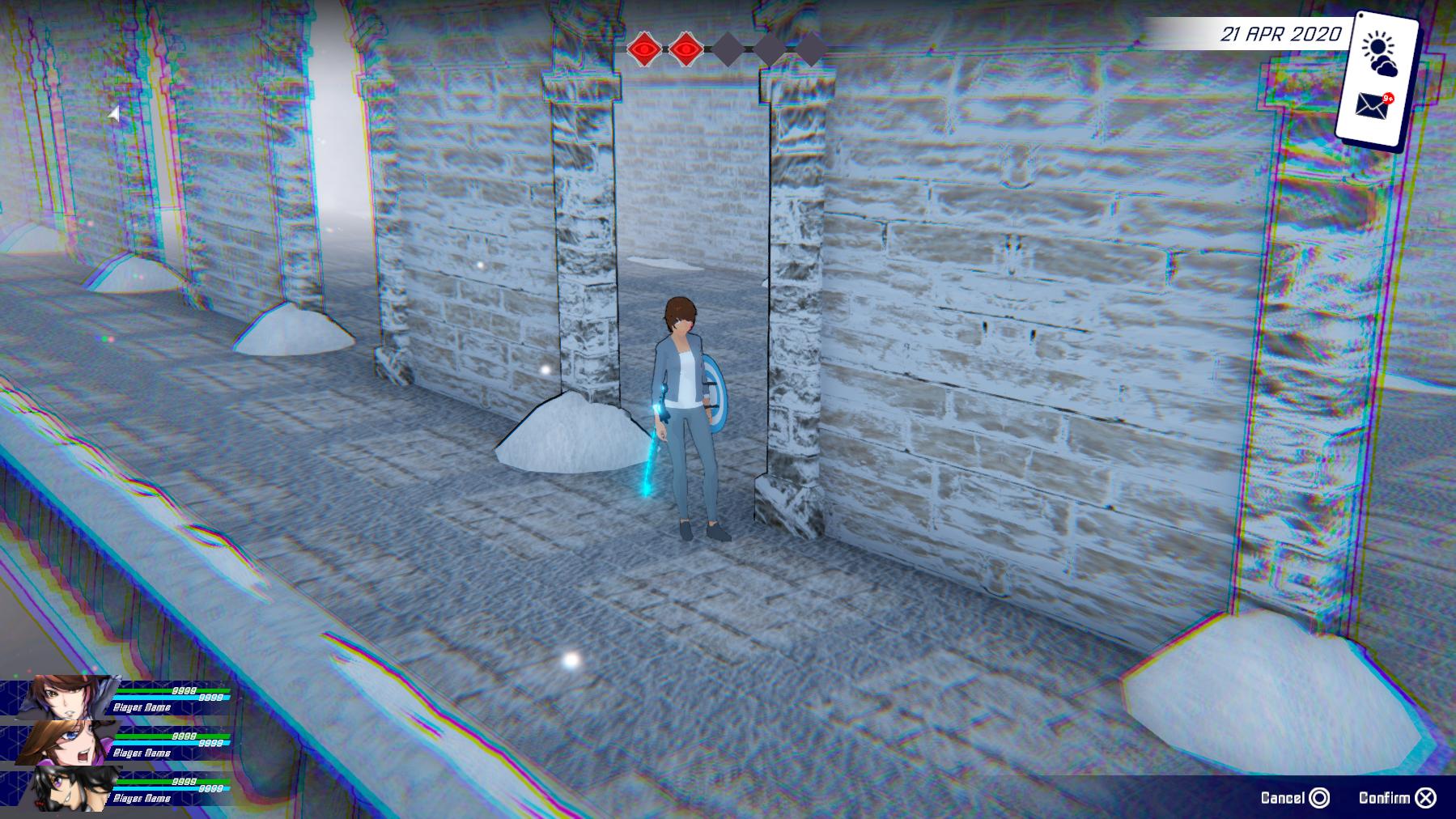 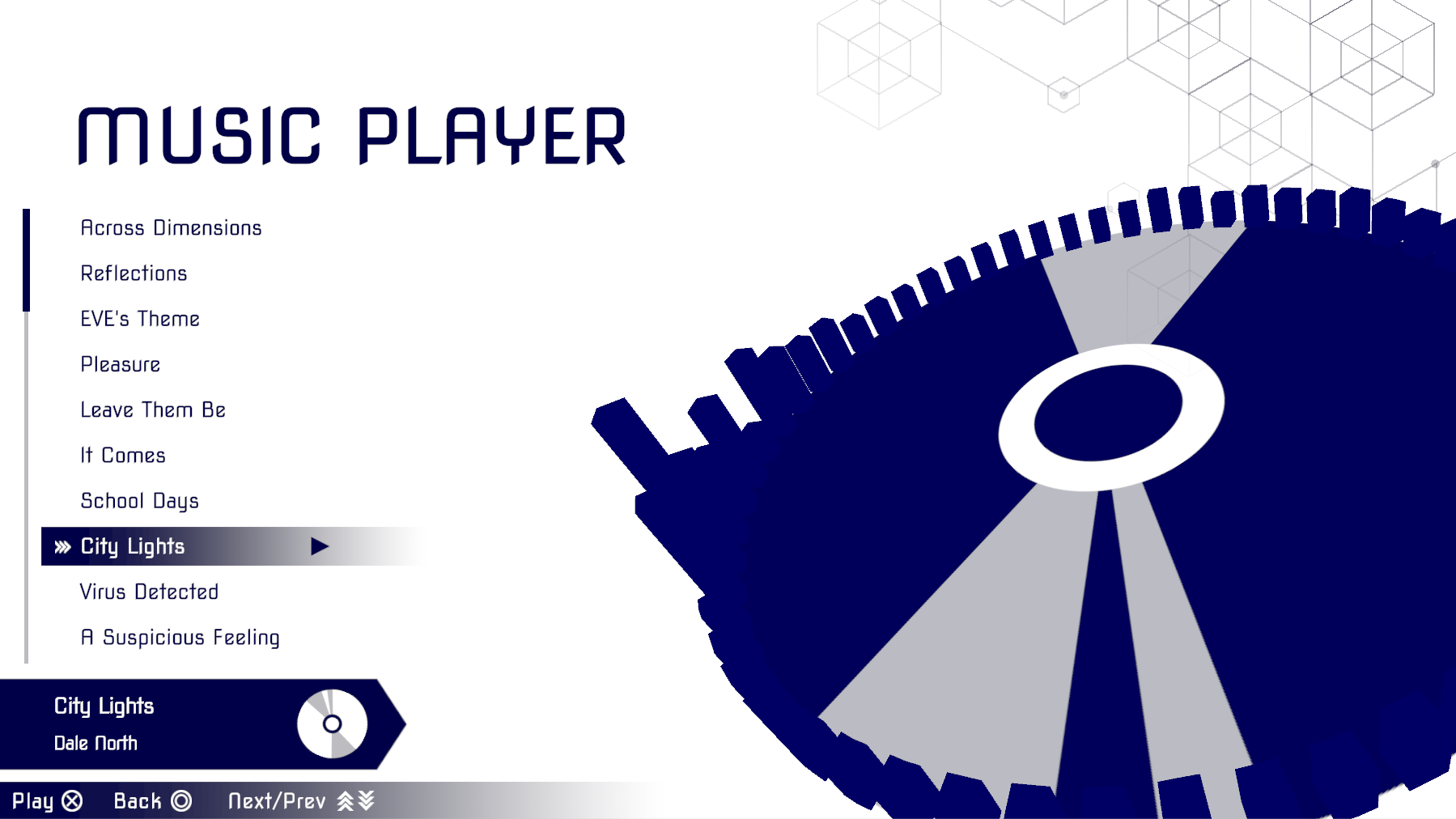 Finally, I had the pleasure of being able to work with another amazing composer on the game’s soundtrack. Dale North has composed 2 songs for the game, which includes the one heard in the latest update video. So far, CyberThreat has featured music by Strayfe, Van Reeves, Varien and now Dale! 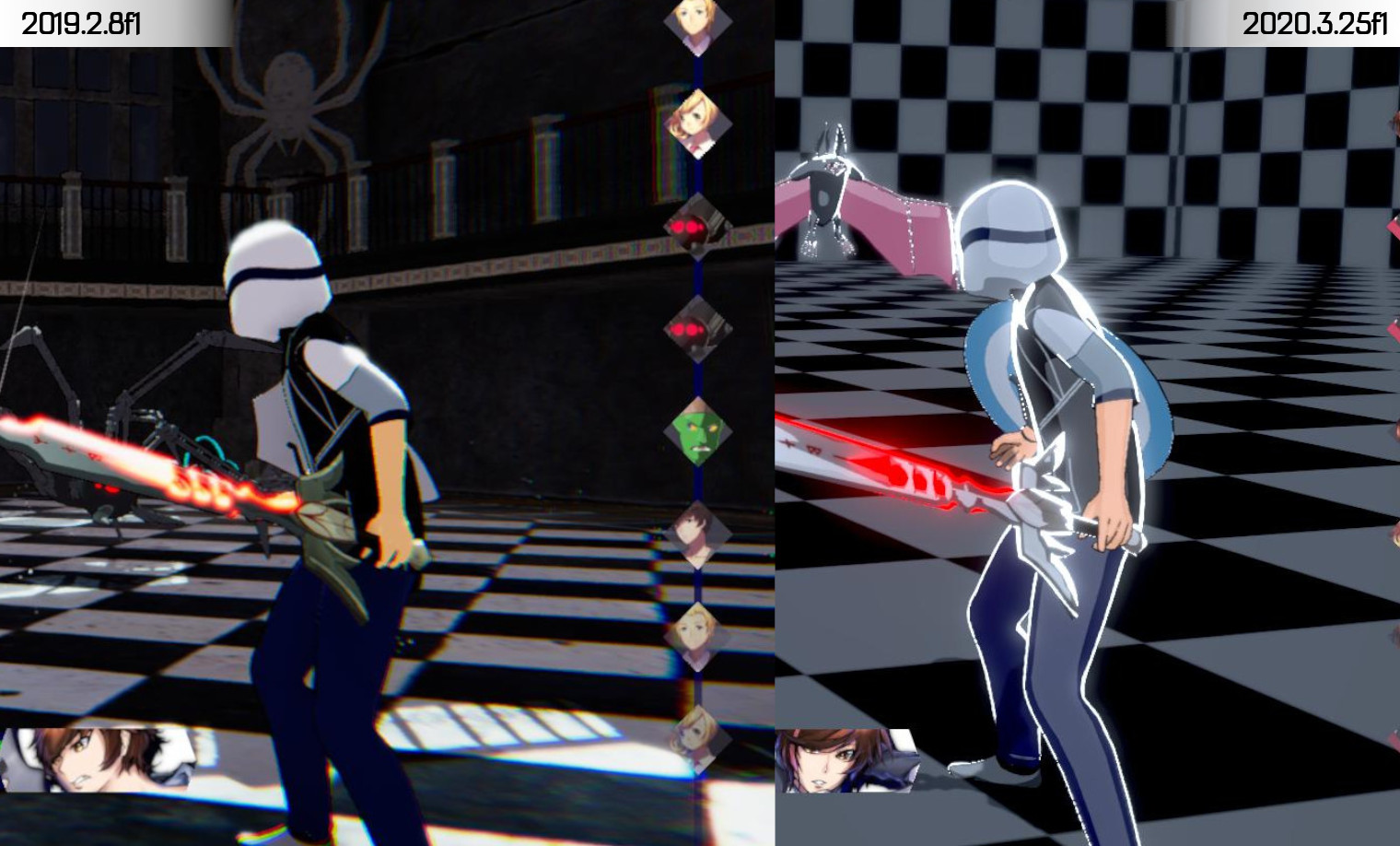 Currently I’m working at upgrading CyberThreat from using Unity 2019, to Unity 2020 and the Universal Render Pipeline, and I can immediately see an improvement to performance and graphical fidelity! More importantly, I find it’s helping me work towards my ideal art direction for the game, having more flexibility with the shader graph and other URP and Post Processing effects. I look forward to providing you with more updates on the upgrading process in future, as there’s still a lot to do! 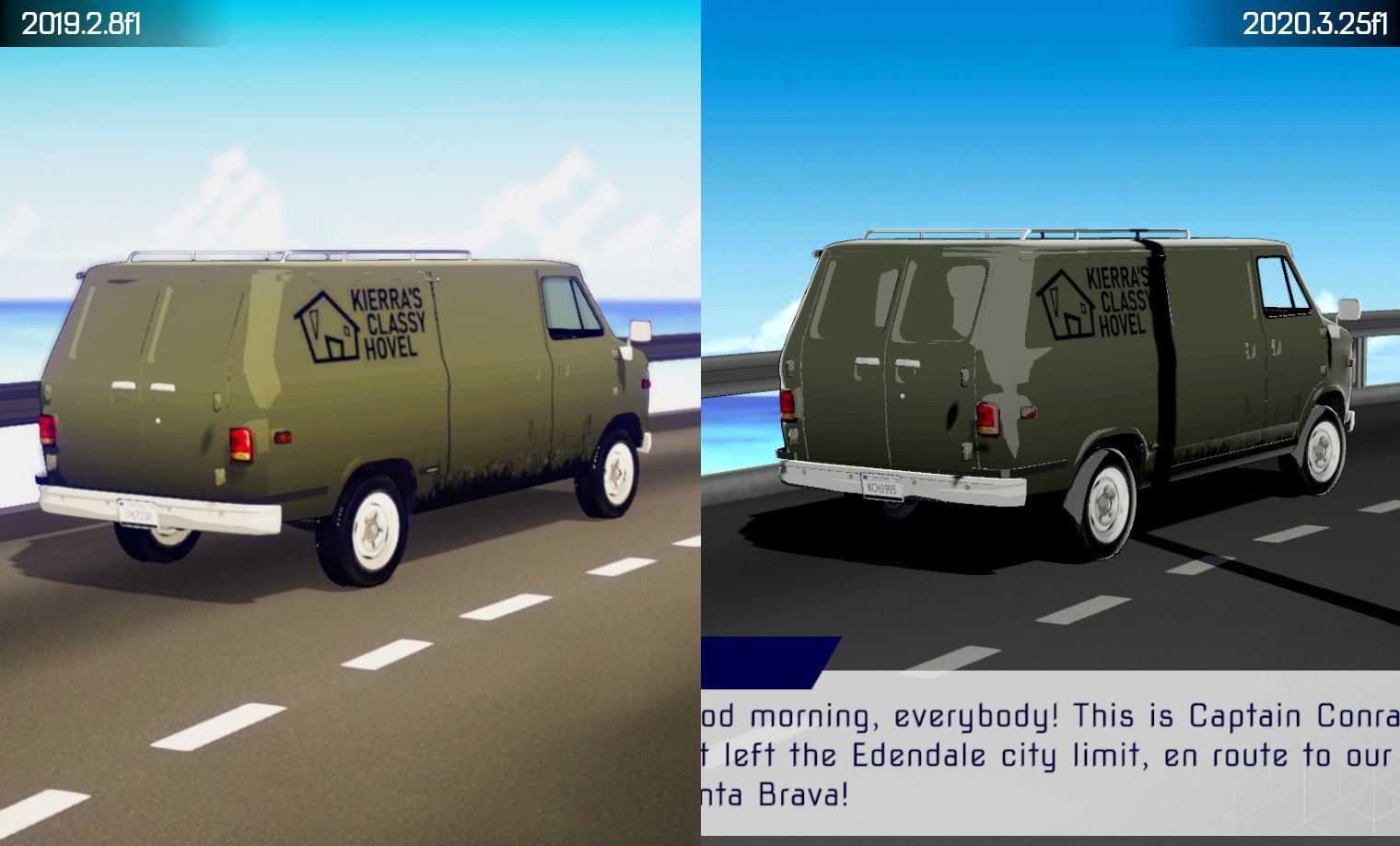 I was also recently very fortunate to be accepted into the “Tentacle Zone Incubator Programme'' for 2022 as Aphelios! This is an amazing opportunity to grow and learn, and I hope to come out the other side having benefited greatly from it all!

Thank you so much for your interest and for reading this far! CyberThreat is still a solo developed and funded venture, so your support means the world! If you don’t already, please follow CyberThreat on Twitter, Instagram and YouTube, as it really helps get the word out about the game! And join in over on Discord, we'd be delighted to have you!

Thanks again, and Happy Pride month one and all!

The first development update of 2021! Hoping to make this a regular thing as I show off how development is going for CyberThreat. Since this is a dev...

Despite everything, 2020 has been a busy year for CyberThreat... Check out the 2020 update video for an insight into how CyberThreat has progressed this...

Welcome CyberThreat's newest member to the team, a new writer, who will help with the story, dialogue and more!

After a long silence, CyberThreat is back with a new gameplay trailer! Discover a digital world beyond our own in CyberThreat. Cases of cyber-bullying...