Once upon a time, in a faraway border town, lost deep in the dense forests of the Old Rodonia, the paths of four young maidens converged. Each of them failed in the profession they’d chosen, shunned by those closest to them. Wishing to prove their worth others, especially to their own selves, the girls set forward on a dangerous adventure. Thus begins the story of their journey. You will not find neither chosen ones fated to win nor the ever-present isekai heroes from the other worlds. This is a story about those striving to make themselves through struggles companionship and witty banter! 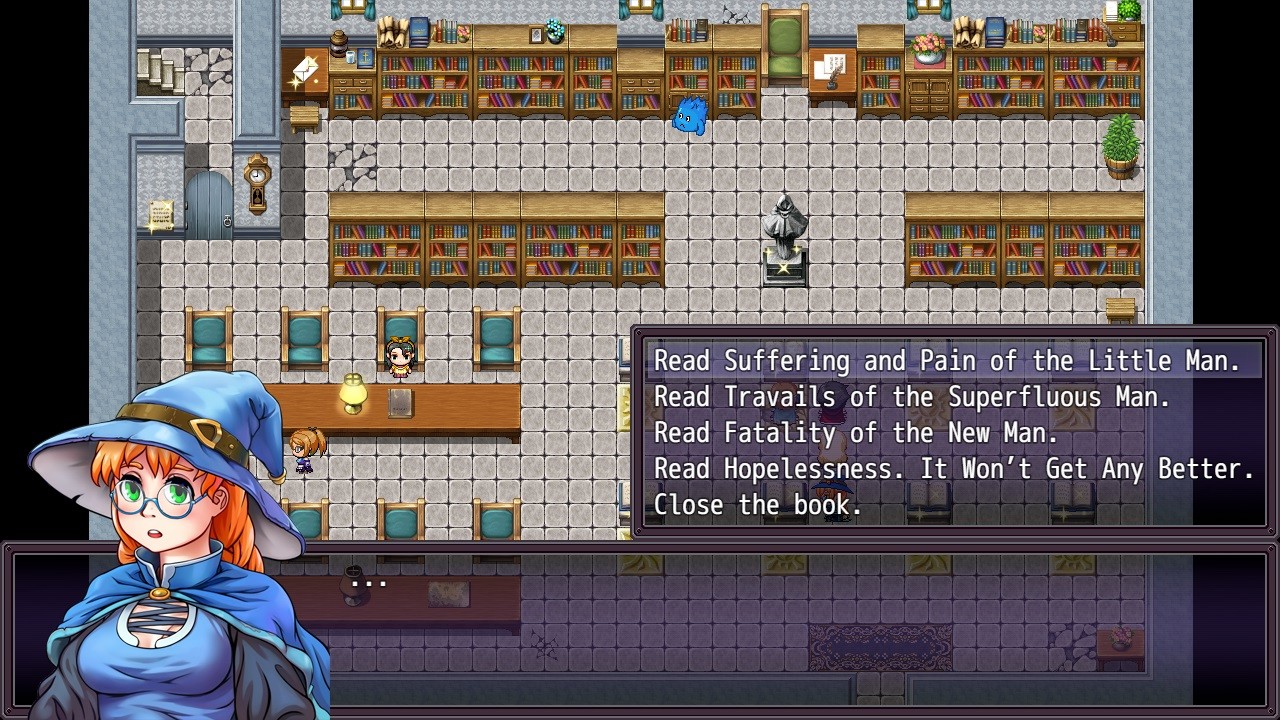 Heroines of Swords & Spells is more than just a game. It’s a whole book that will appeal to the old school RPG lovers: more than 150 thousand lines of dialogues and no less than 20 hours of gameplay. Heroines of Swords & Spells is an epic fantasy JRPG journey! If you enjoy reading and exploring the detailed world, you’ll surely love this game. Especially if you fancy humorous fantasy. 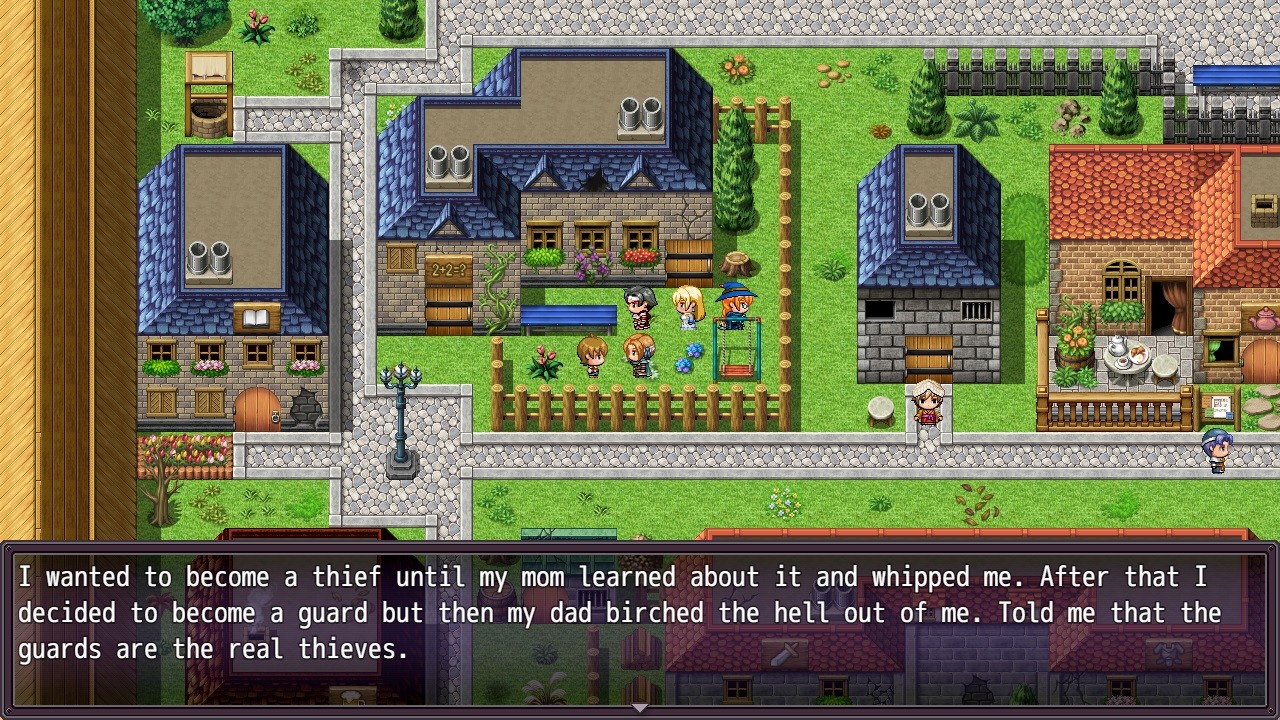 Heroines of Swords & Spells is mostly about interacting with NPCs and having fun, but the players will have their share of troublesome battles. Countless enemies will make you think of the best tactics, the dungeons are full of ambushes and traps. You will lead a party of four:

• a naive thief, always ready to give away the shirt off her back;

• a hyperactive mage with an empty spellbook;

• a cowardly warrior from a noble family;

• a beautiful priest whose prayer is just a teeny-tiny bit weak… ish.

Those ready to lead the dream team should expect:

2. A battle system with no equipment farming, no auto-leveling enemies and no random encounters (yes, we also hate those).

5. A multitude of Easter eggs and takeoffs on the good games of old.

Good luck to everyone who decides to play this game. May merciful Svetodar help you! 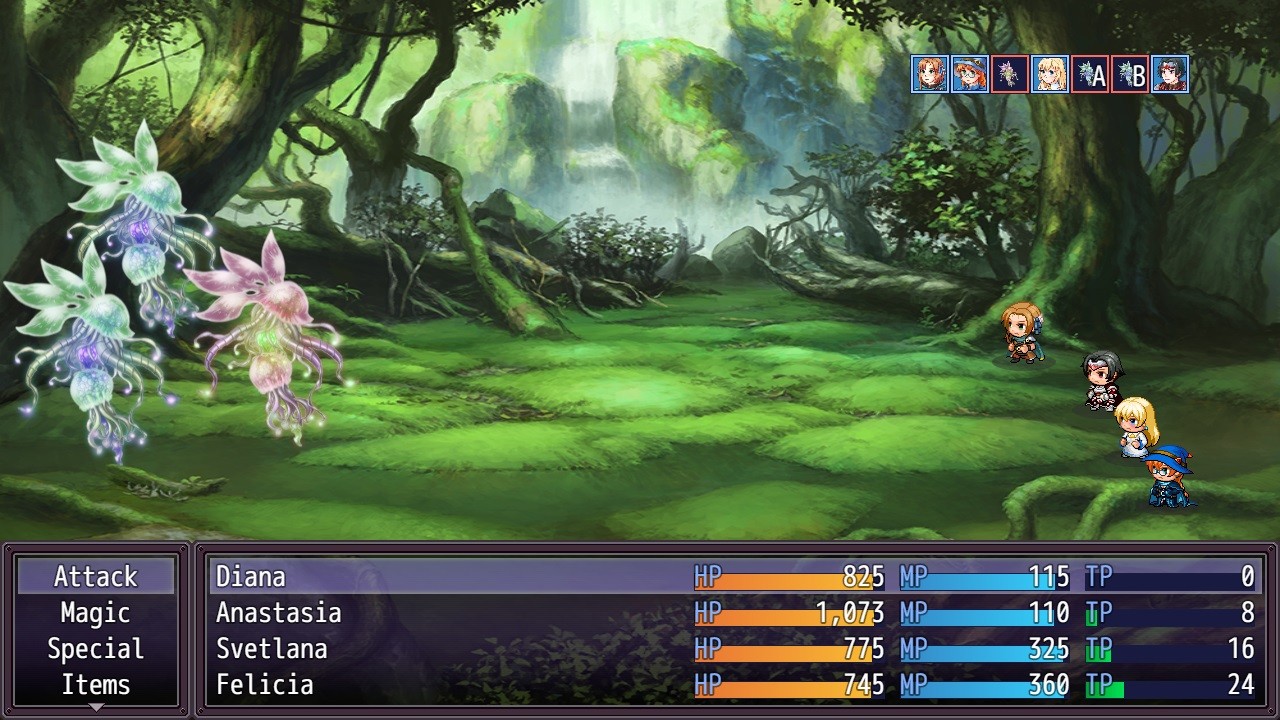 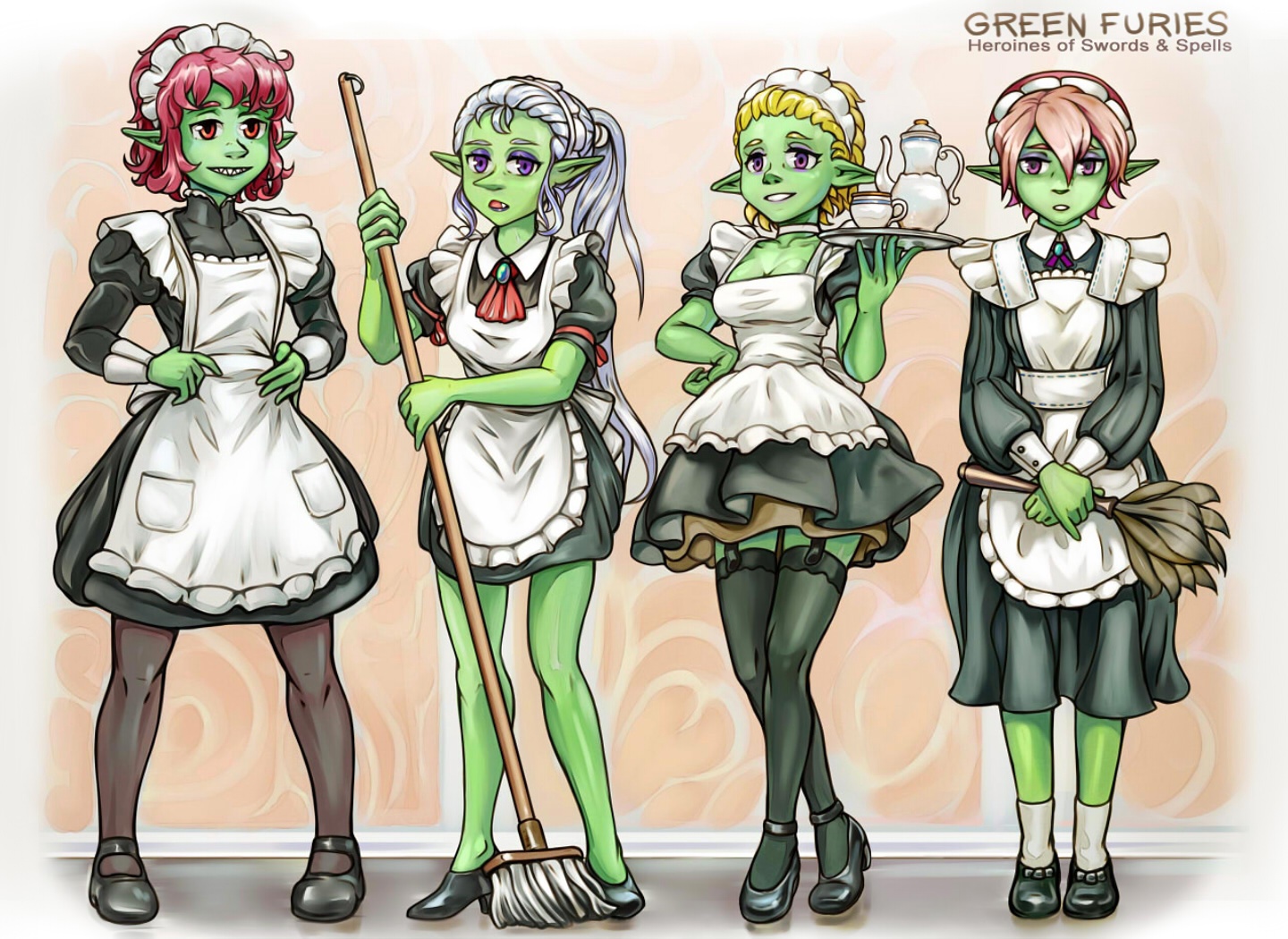 Hi everyone! My name is Kirill. I am 36 years old and I live in the Arctic Circle. I work as an energy supply engineer, and I spend my free time developing the game of my dreams--Heroines of Swords & Spells. 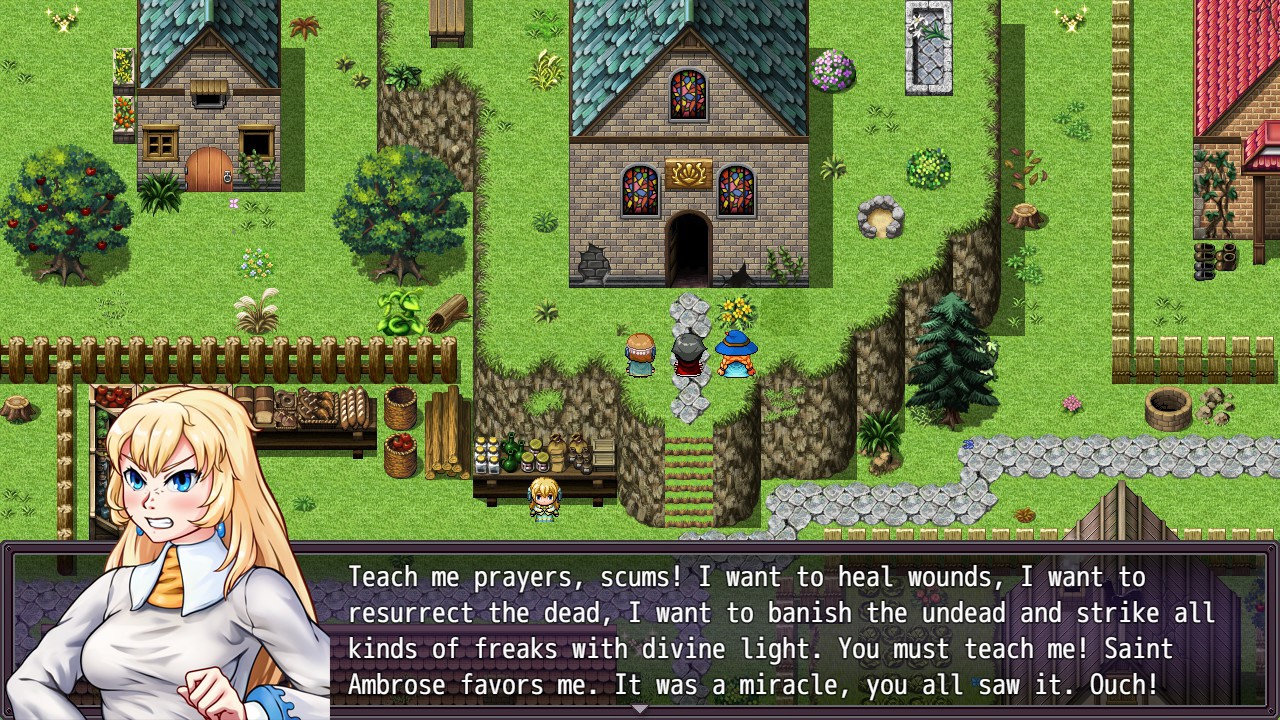 Svetlana after another attempt to master divine wisdom

The idea for the game is based on two games that strongly influenced my work - the great RPG Baldur's Gate, in which I spent my childhood, and the hilarious anime "Goddess Bless This Wonderful World" (KonoSuba). Inspired, I came up with my own adventurers--four cute but unlucky heroines. Strong, but panicking from seeing a drop of blood--the warrior Anastasia. Skillful, but very kind for a thief--the adventurer Diana. The half-educated sorceresses Felicia. Finally, beautiful like an angel but malevolent like a demon the priestess Svetlana, whose prayers all the good gods diligently ignore. 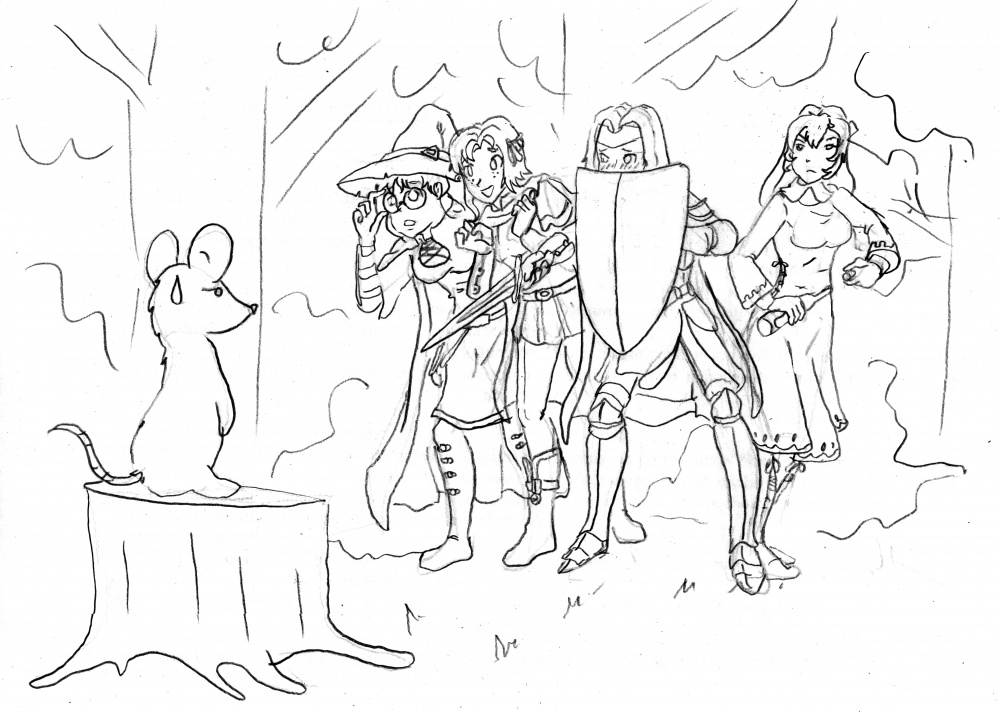 On March 17, 2020 I released the first chapter of the game on Steam. The current content is designed for 25+ hours of gameplay. I was pleased with the results. For 118 months since the release, the game has collected 400+ reviews, more than 95% of which were positive. I'm happy the game has grown its small but loyal fanbase. Ifthe statistics from Steam is correct, about 70% of the audience of the game are Russian-speaking gamers, they come from my homeland. I am bad at promoting the game to the English-speaking audience, since social media and platforms for these audiences are sometimes different. 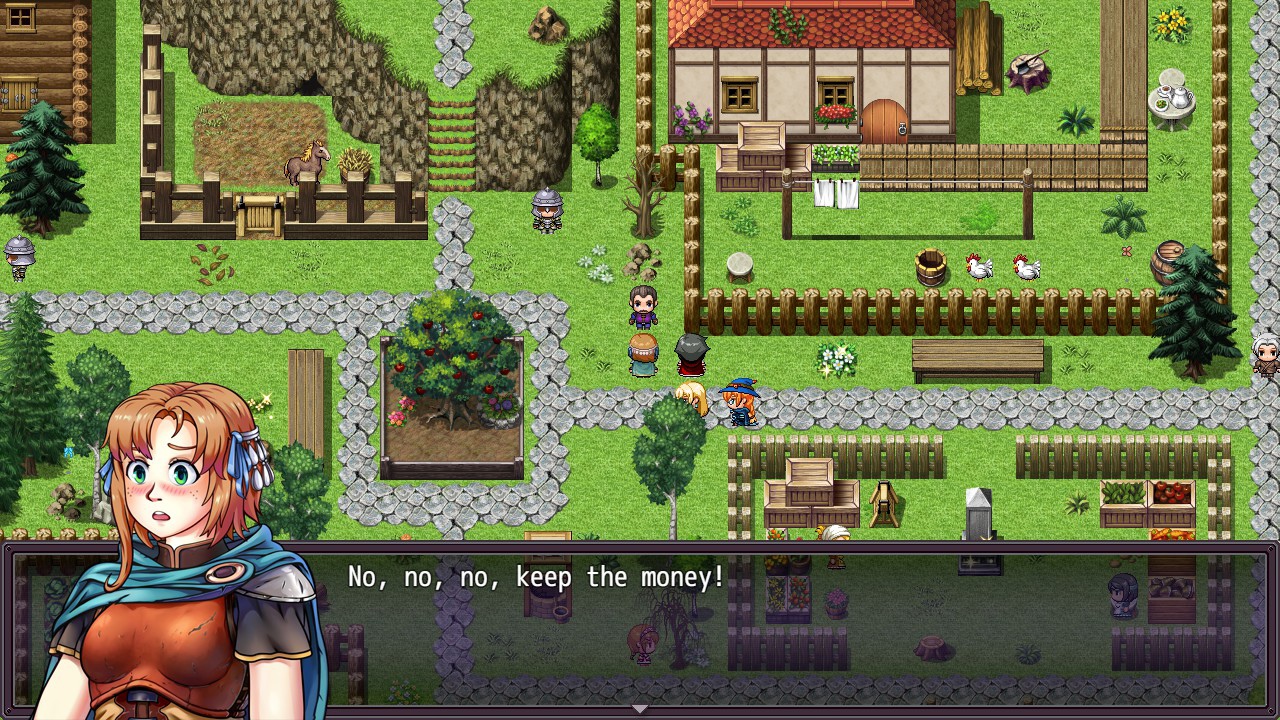 The game is made on the RPG Maker engine, which many gamers dislike. Due to the simplicity of this Steam and other sites were overfilled with the messages about the highly questionable quality of the games made on that engine. On my part, it would be not true to state that Heroines of Swords & Spells is different from the rest. 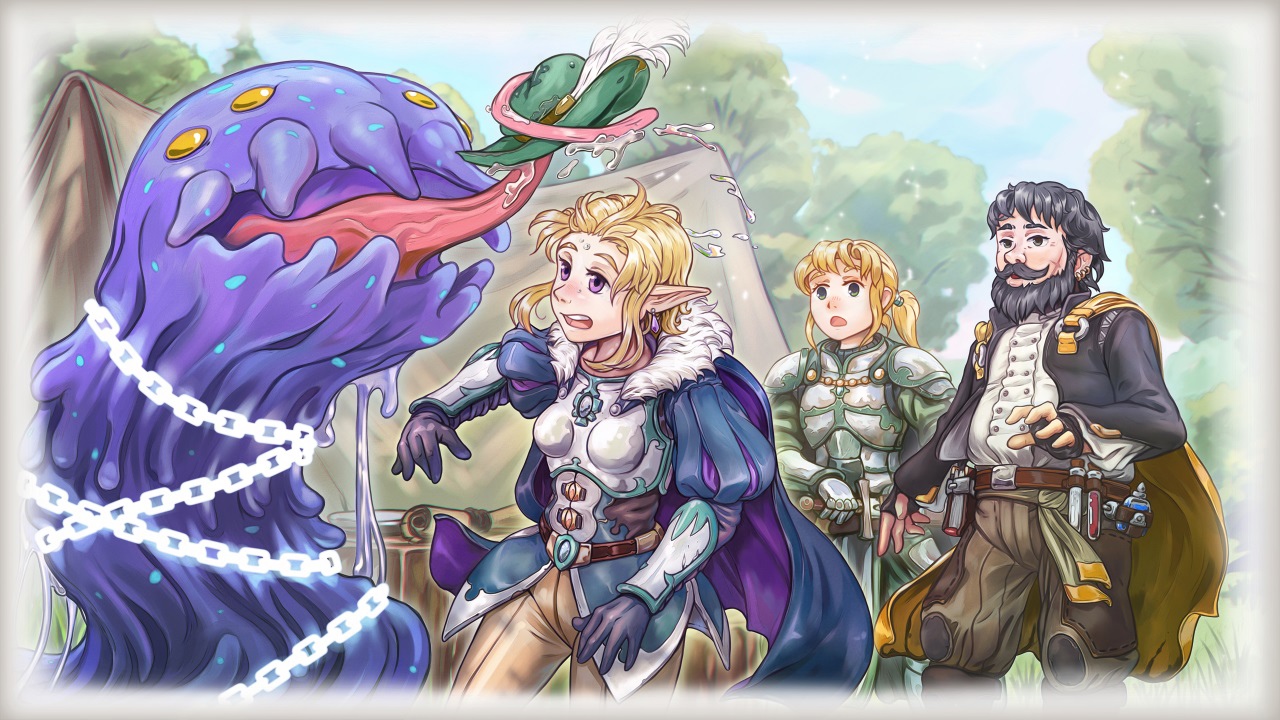 All I can say is that I enjoyed developing the game, trying to put my soul into my creation. I cannot say that my game will suit everyone--it won't. I put the plot, the characters, their relationship with each other and the world around them in the first place. The game has battles with monsters and bosses. It is necessary to select the inventory of the characters and correctly use their skills, but the story itself is in the first place in Heroines of Swords & Spells. There is a lot of text in the game. In essence, this is a novel. Farm and grind are not included in the game, because I myself do not like them. 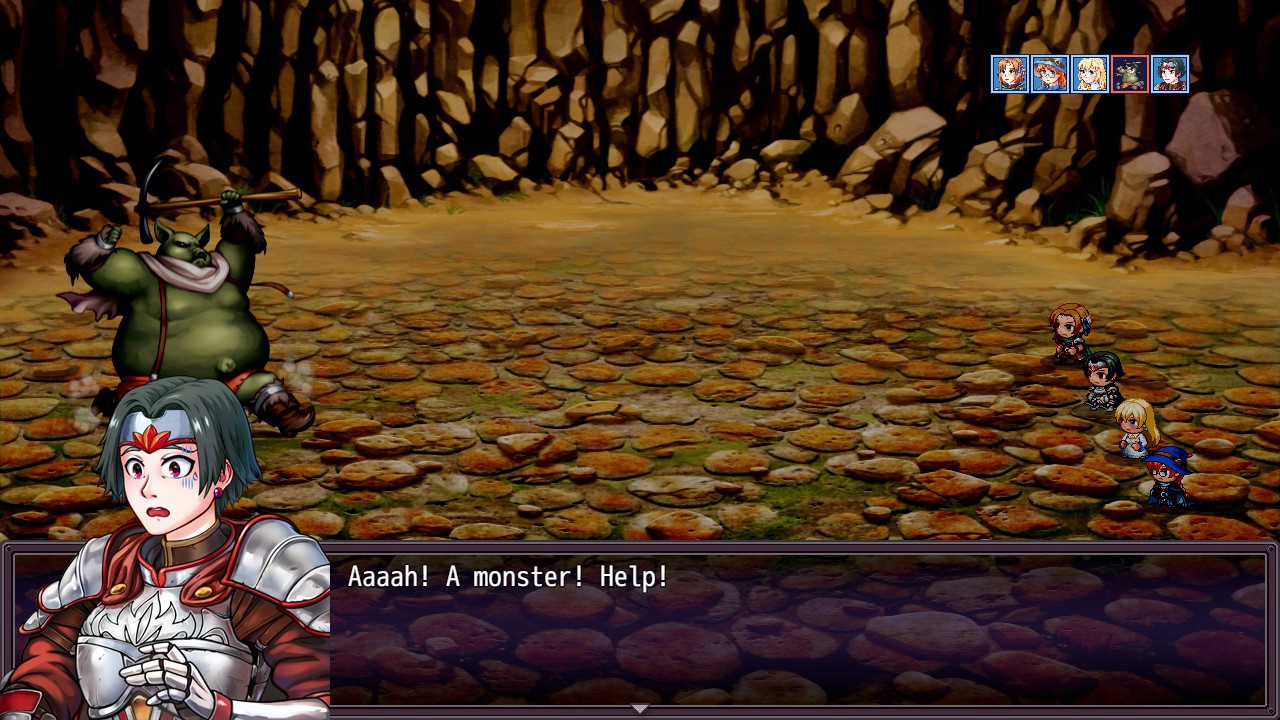 The game has been translated into English and, as I hear, English-speaking fans translated well, although not without flaws. If you like good humorous fantasy, do not like tasks in the style of "kill 10 boars", but you like reading dialogues in conversations with NPCs, delving into their problems, there is a chance you like Heroines of Swords & Spells. 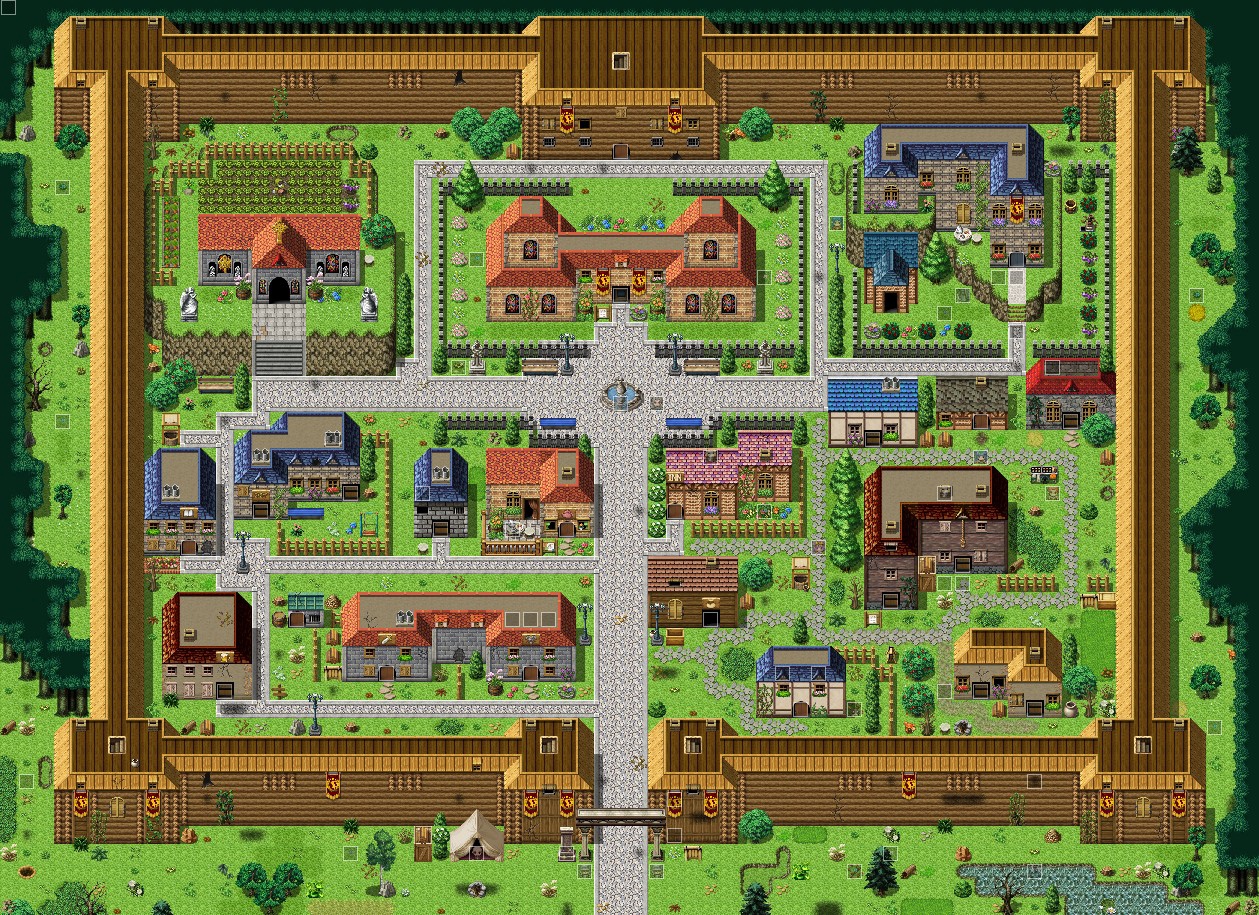 I will be happy if anyone wants to play my game. Please leave a review, positive or negative.

By the way, the game has a free demo covering over 8+ hours of the main game.

I am currently working on a sequel. In the next post I'll tell you what I want to add to the project.

I can’t say that I’m developing the game on my own. There are enough good people helping me with the project. They are indicated in the credits, but...

Since its release, over 5,000 copies of the game have been sold. For a project made in RPG Maker, the result is very, very good.

The statistics on Green Furies are gradually accumulating. People go through DLC and exchange experiences.

The "astrological dungeon" promised in the previous article was being built, built and finally built. The dungeon comes with: - a new legendary buildable...

An epic and funny jRPG adventure with intricately detailed world and story. Guide a party of wayward heroines through the perils of this fantasy world.

If this is all your original art it really deserves something better than RPG maker :)