...Alissa Hunt, treasure huntress by occupation, gets an emergency call from her best friend, and Mentor Paul Groitz, who was investigating an old myth regarding the Seven Crystals of Theia, scattered around the globe.

According to the ancient myth, these crystals contain great powers that could make the human knowledge evolve by a factor of thousand.

Paul Groitz was onto something, but he's not the only one it seems.

Can Alissa rescue her best friend Paul? Can she discover the truth behind the legend of the Seven Crystals? Who are the bad guys and can Alissa prevent them from taking the Crystals for their evil plans?

There's only one way to find out...

Latest work in progress about 'Crystals Of Theia'

My apologies for the long period between the latest update and now, but rest assured, we have NOT taken a break, lol! In fact, lots of things happened between then and now, and I want to share all the news with you now.

To begin with, my team has grown since last time. Some left, others joined, it's an ongoing process of adaptation and keeping everyone motivated as much as possible, but any indie game team will have it's ups and downs.

We have been working very hard on getting a trailer and demo finished. The demo is getting near to a finish, but there's no fixed date for that yet. Hopefully I can give you the good news very soon.

Many new assets were created, new features were programmed in, the level design is going really well, our voice actors made new voice sound files, new cool particle effects were created, sound design for music and ingame sounds goes well, new animations for the characters were created, and our character artists have been working hard to make the characters that will populate the world in 'Crystals Of Theia'.

The plan is to get that trailer and demo finished asap, which we will then use to raise some funds so that we can add more and better features to the game.

Soon I will also record a video, showing some of the new game mechanics, the very cool looking new particle fx for bullet impact, and also showing a glimpse of the highly improved visuals of the level.

But, for now...you'll have to settle with a looooot of images of our latest works of art (3d characters and assets, ingame screenshots, etc...)

I hope you'll enjoy all the photo's, and for more regular information about the project, you can always follow us on Twitter here: Twitter.com 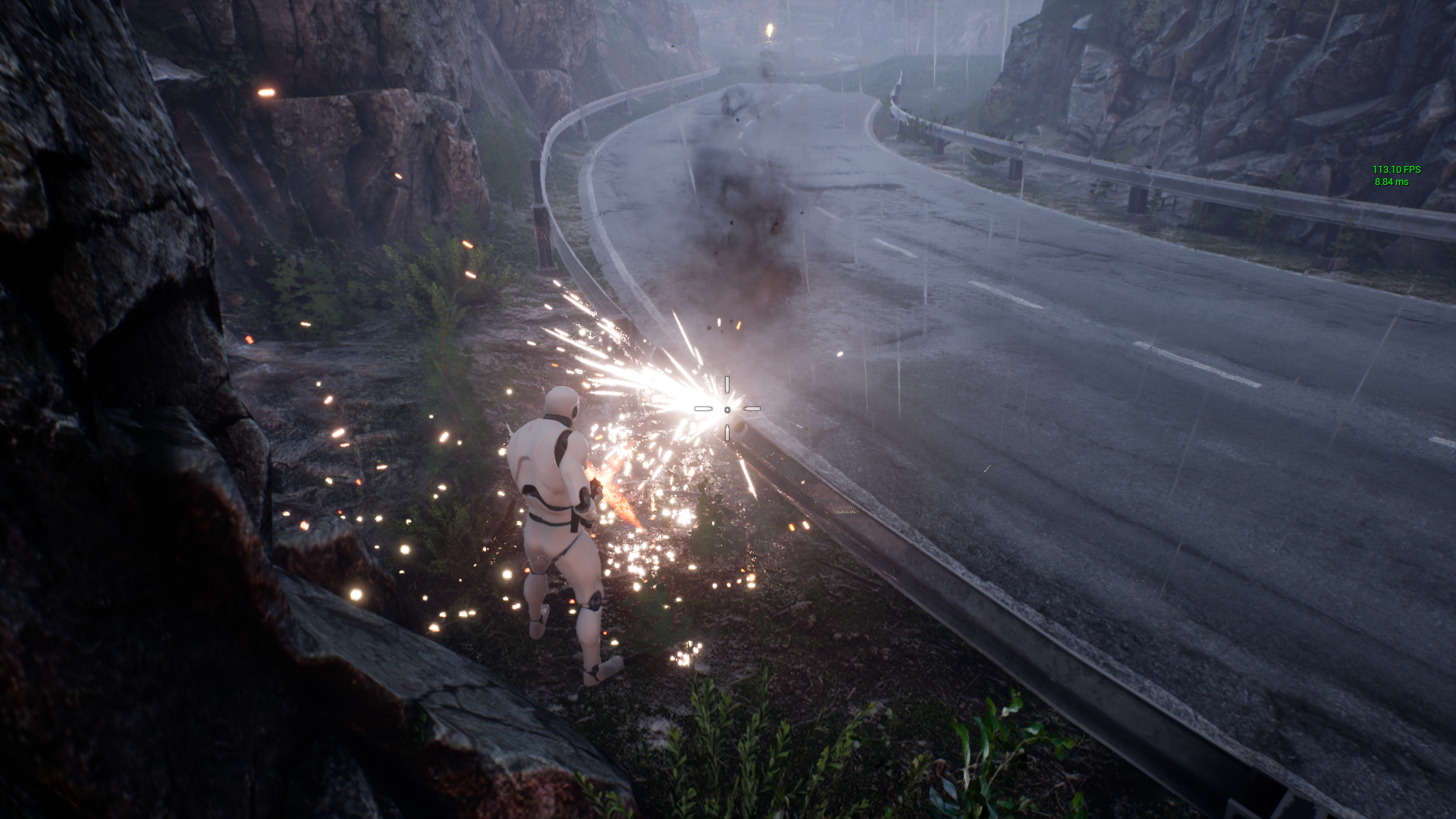 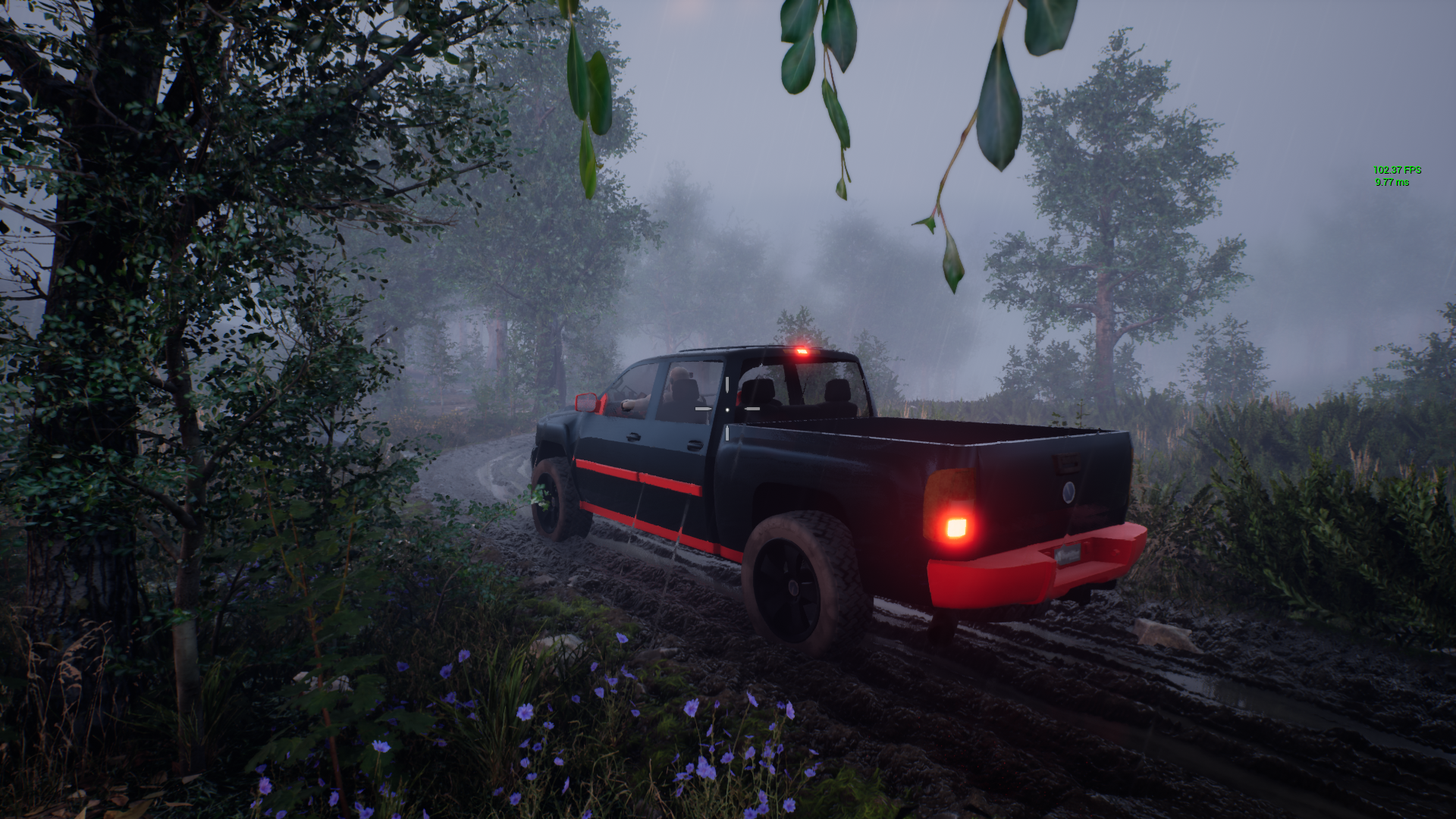 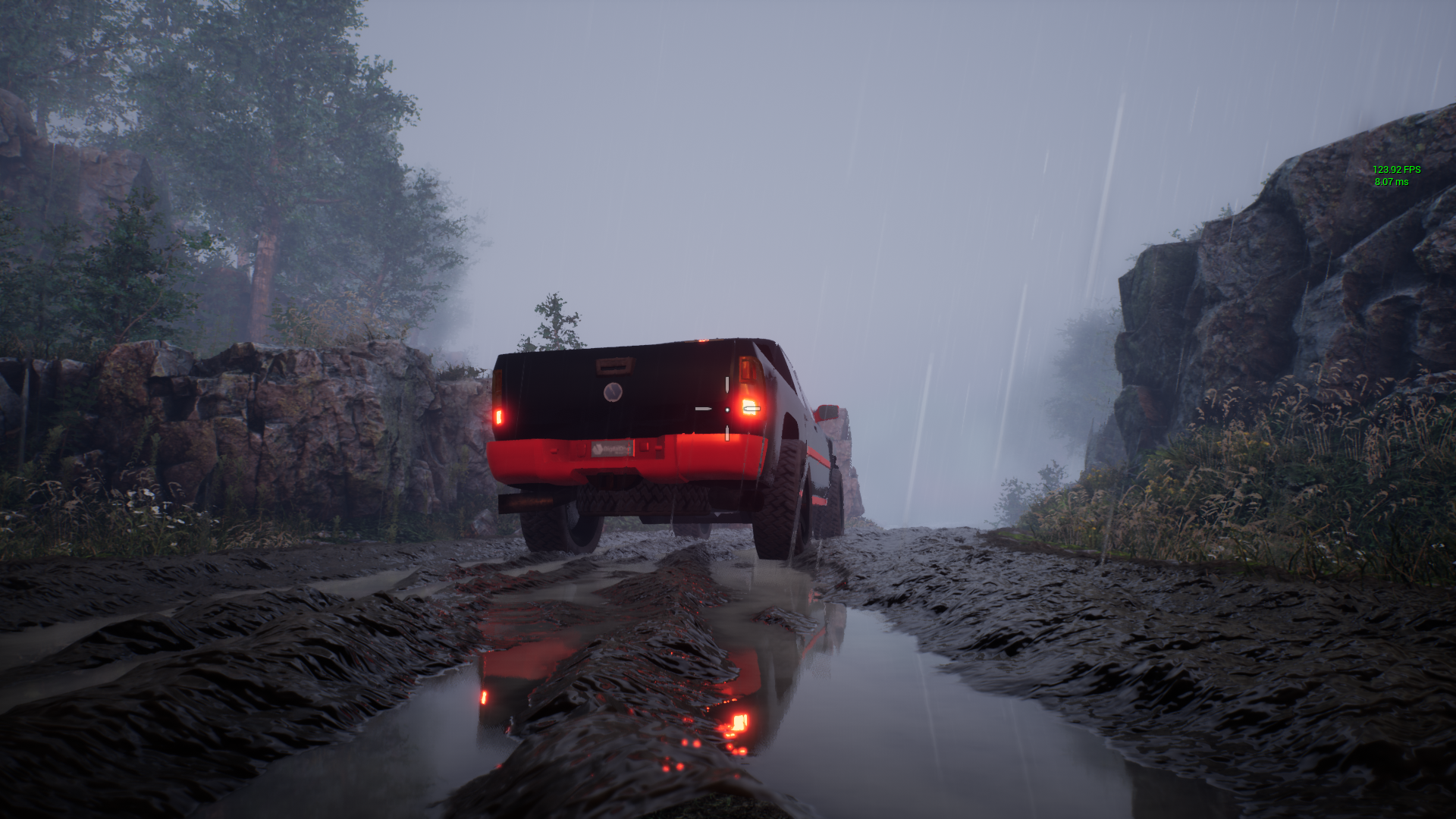 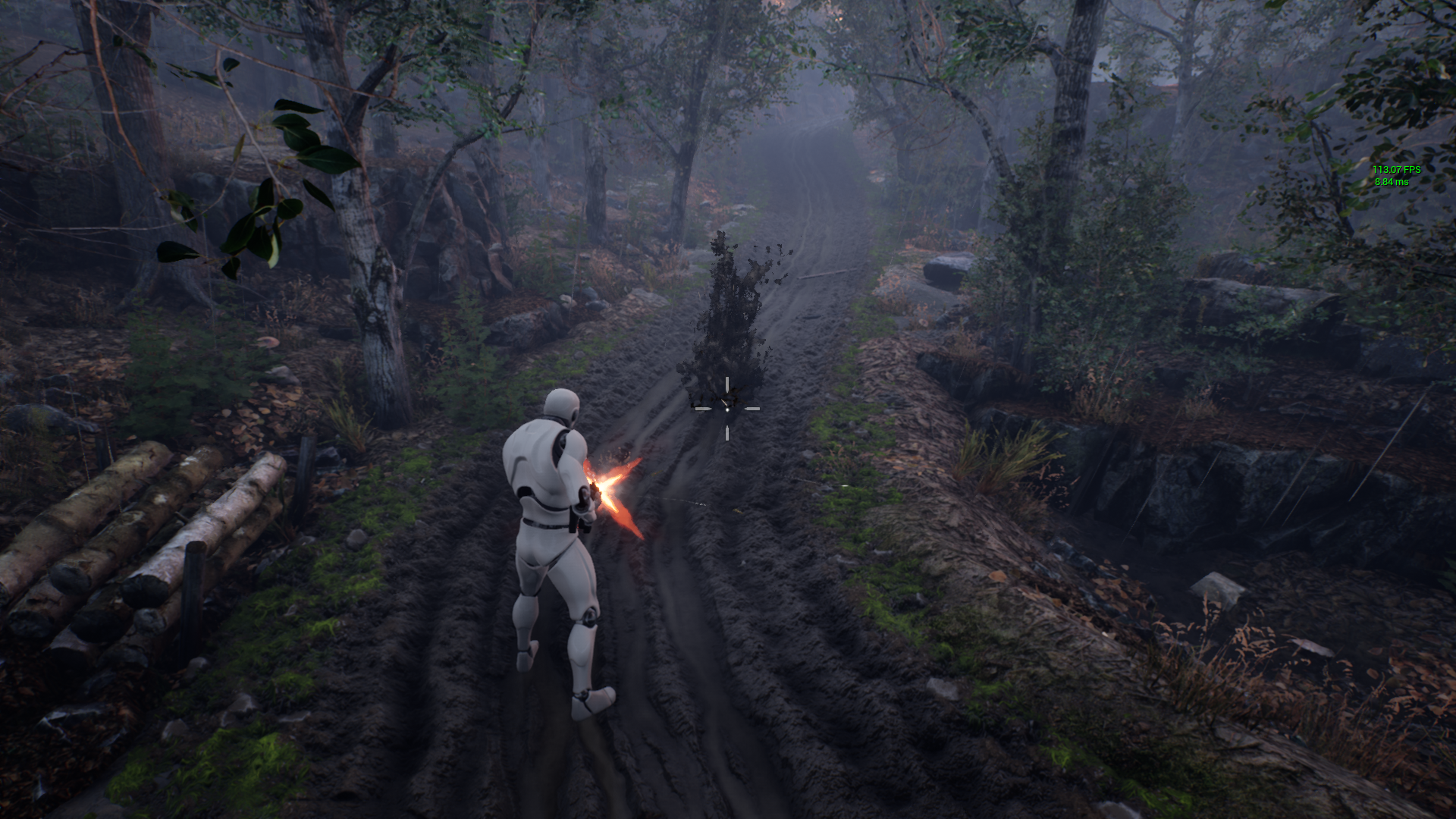 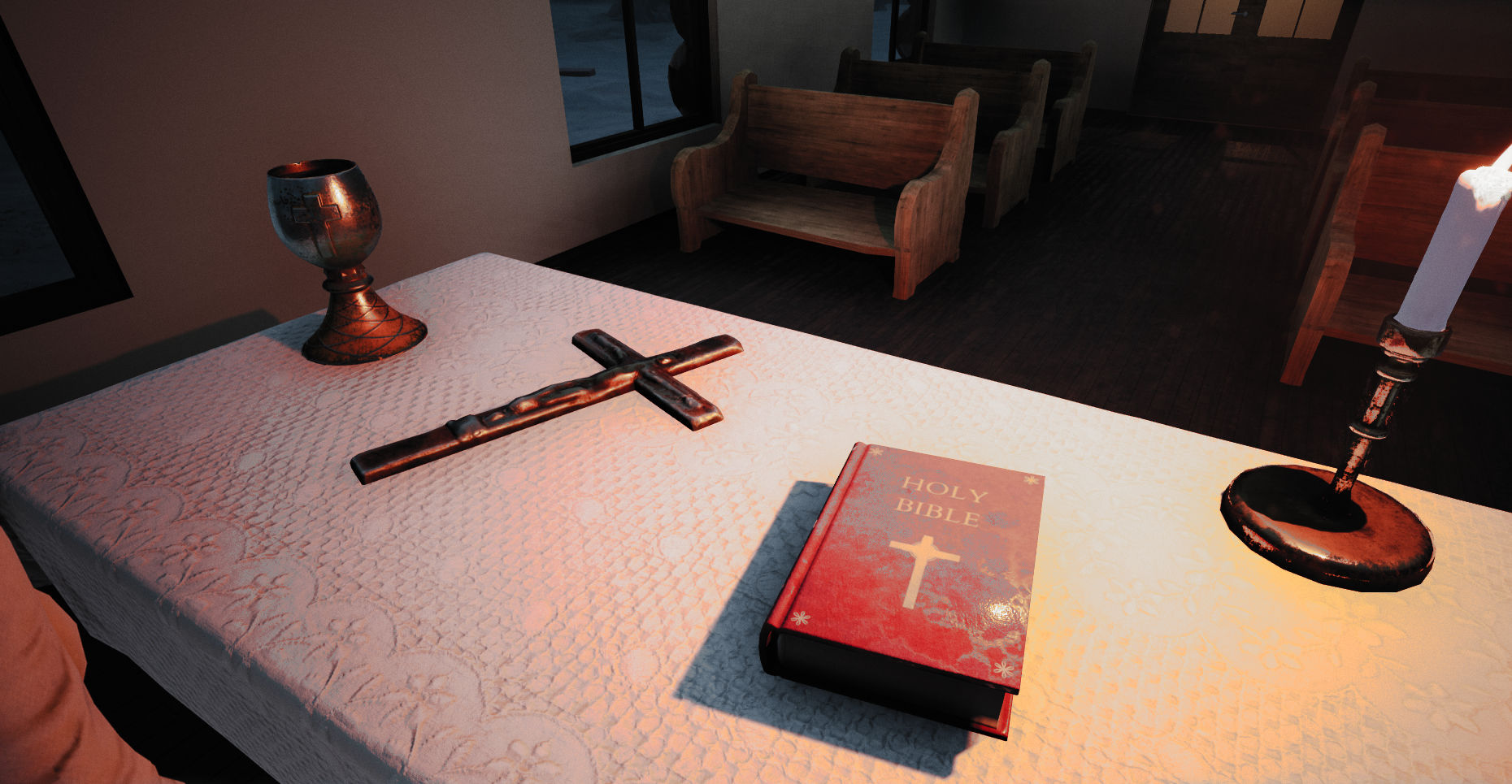 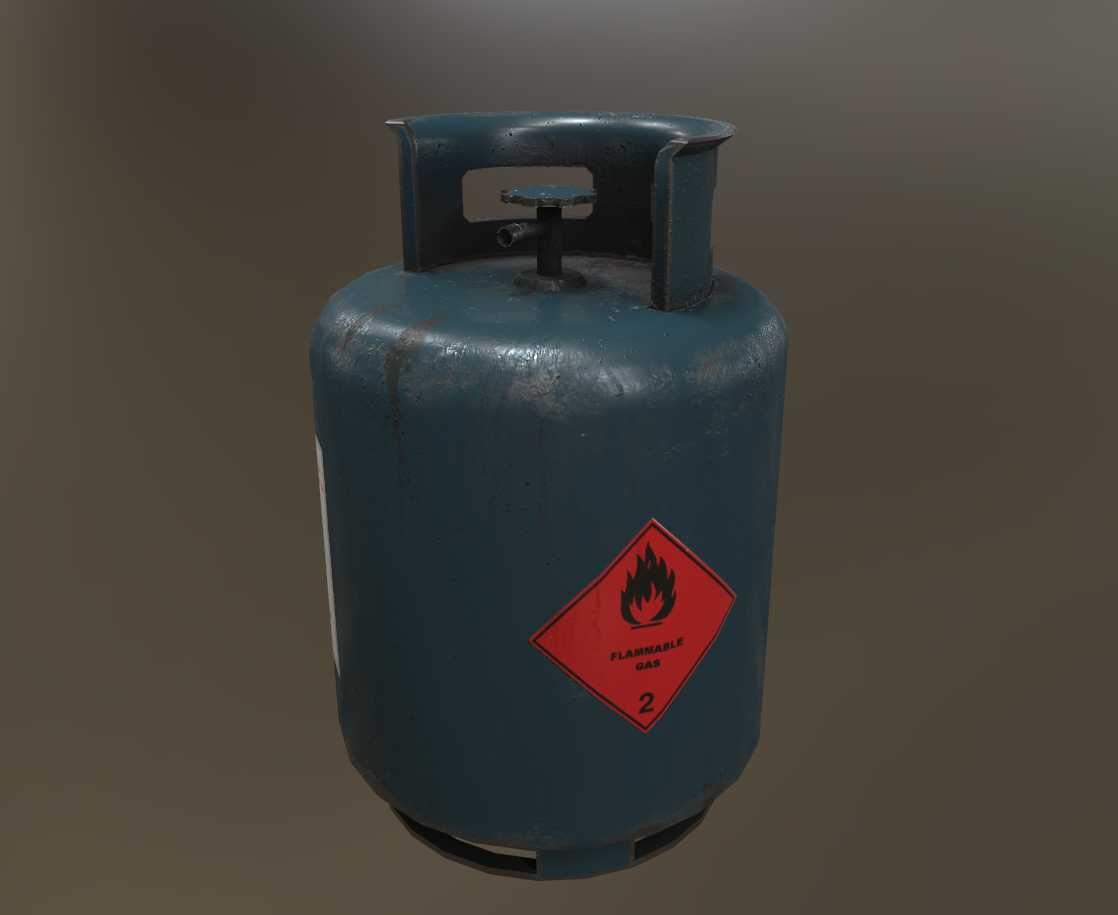 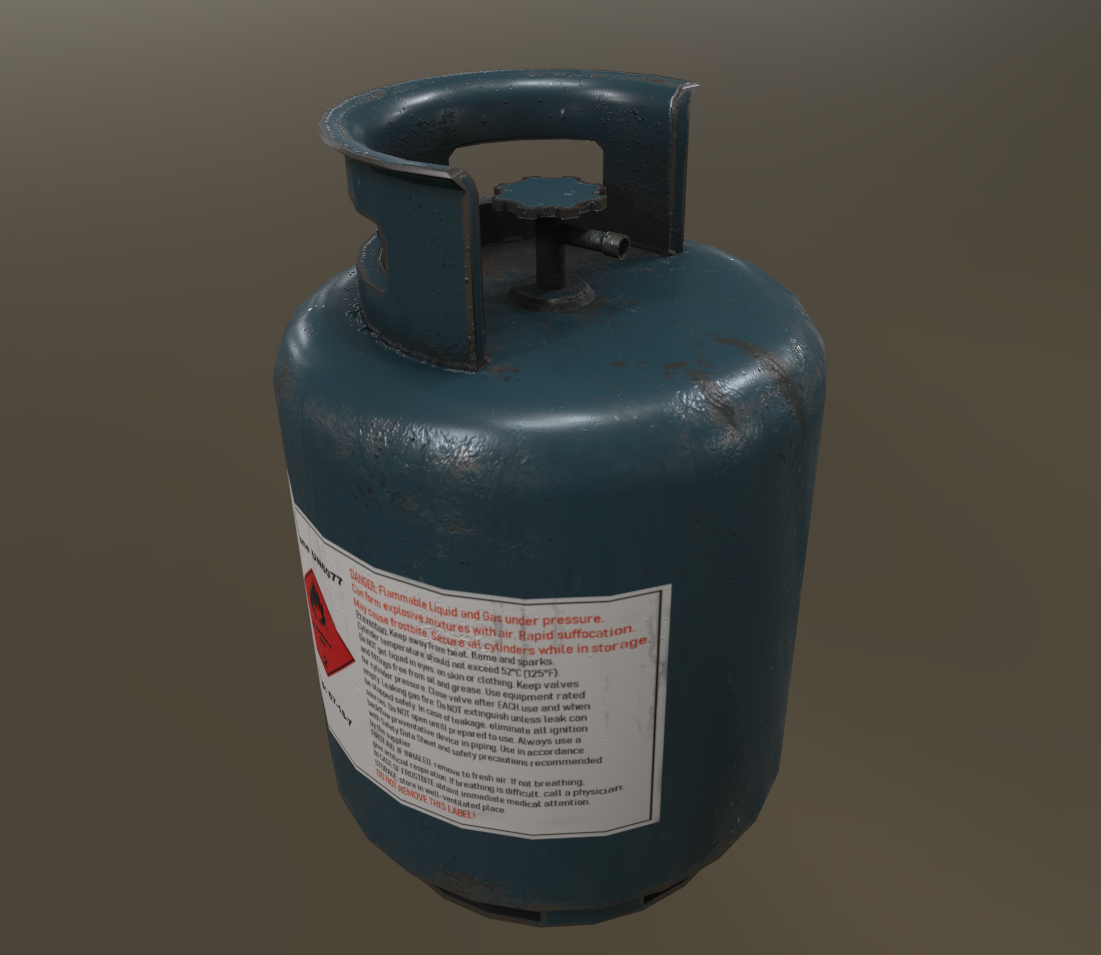 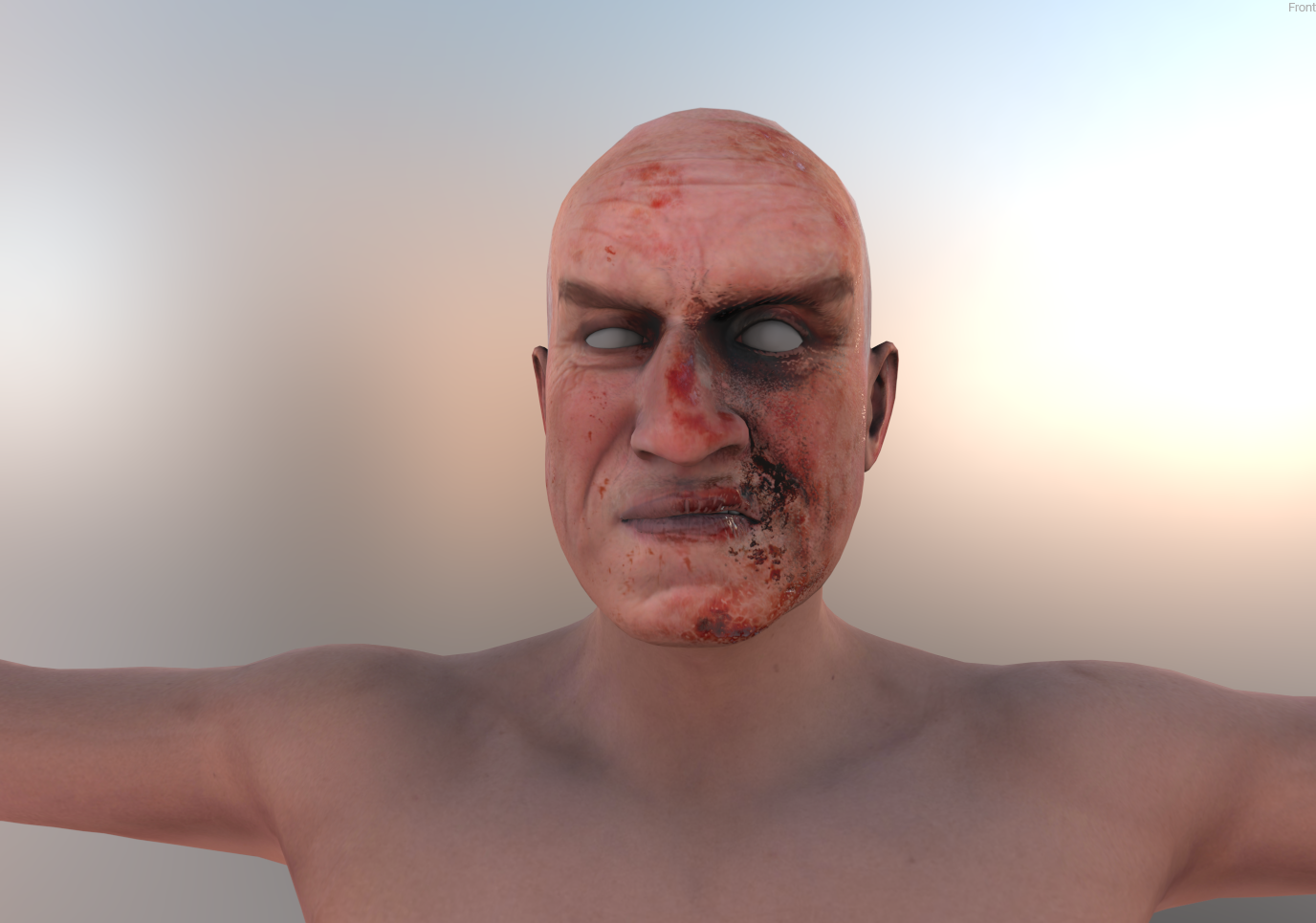 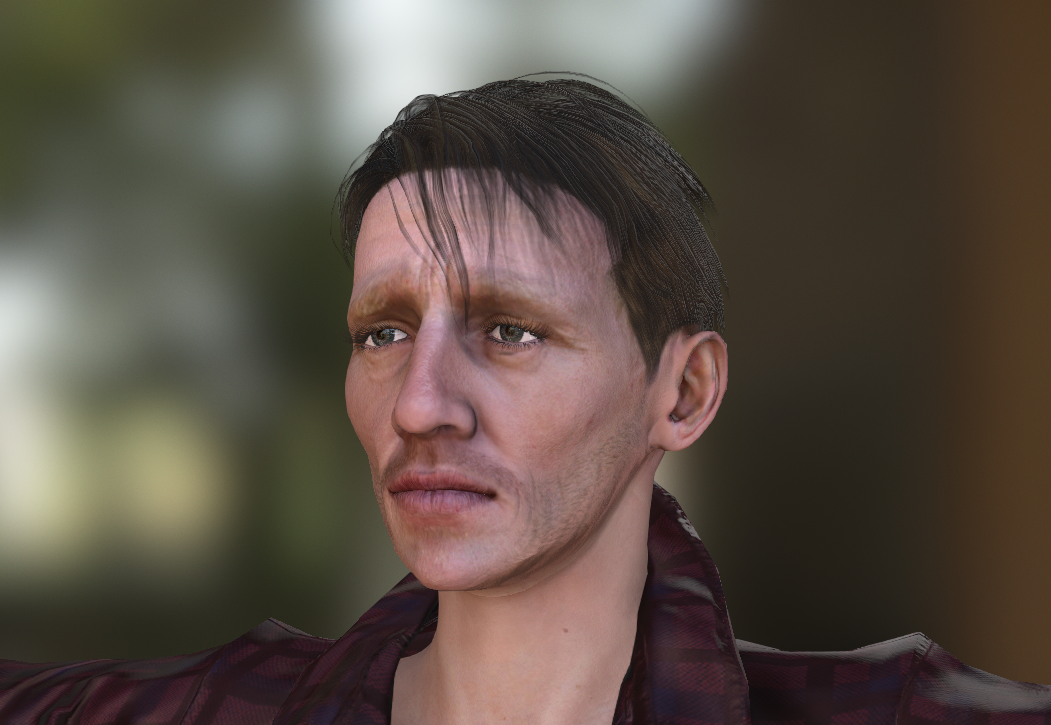 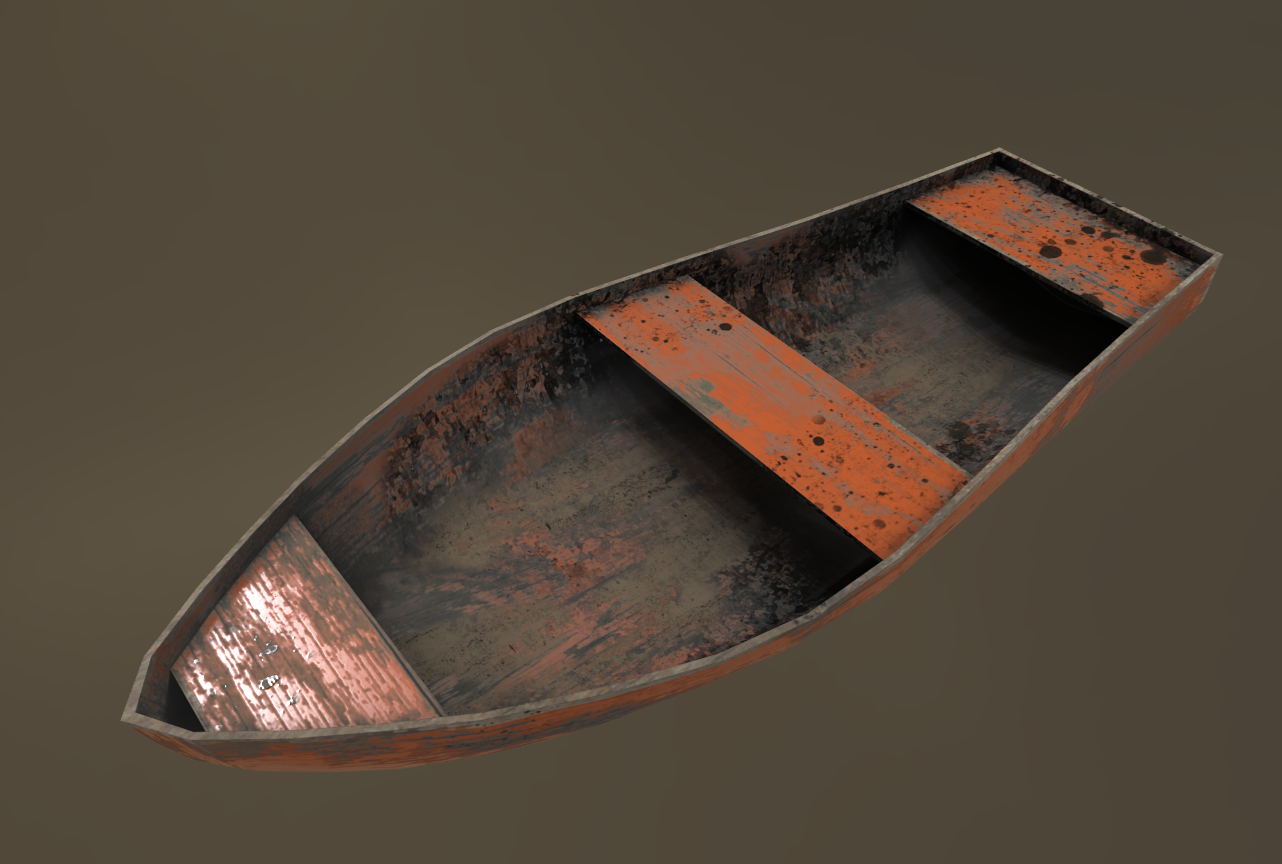 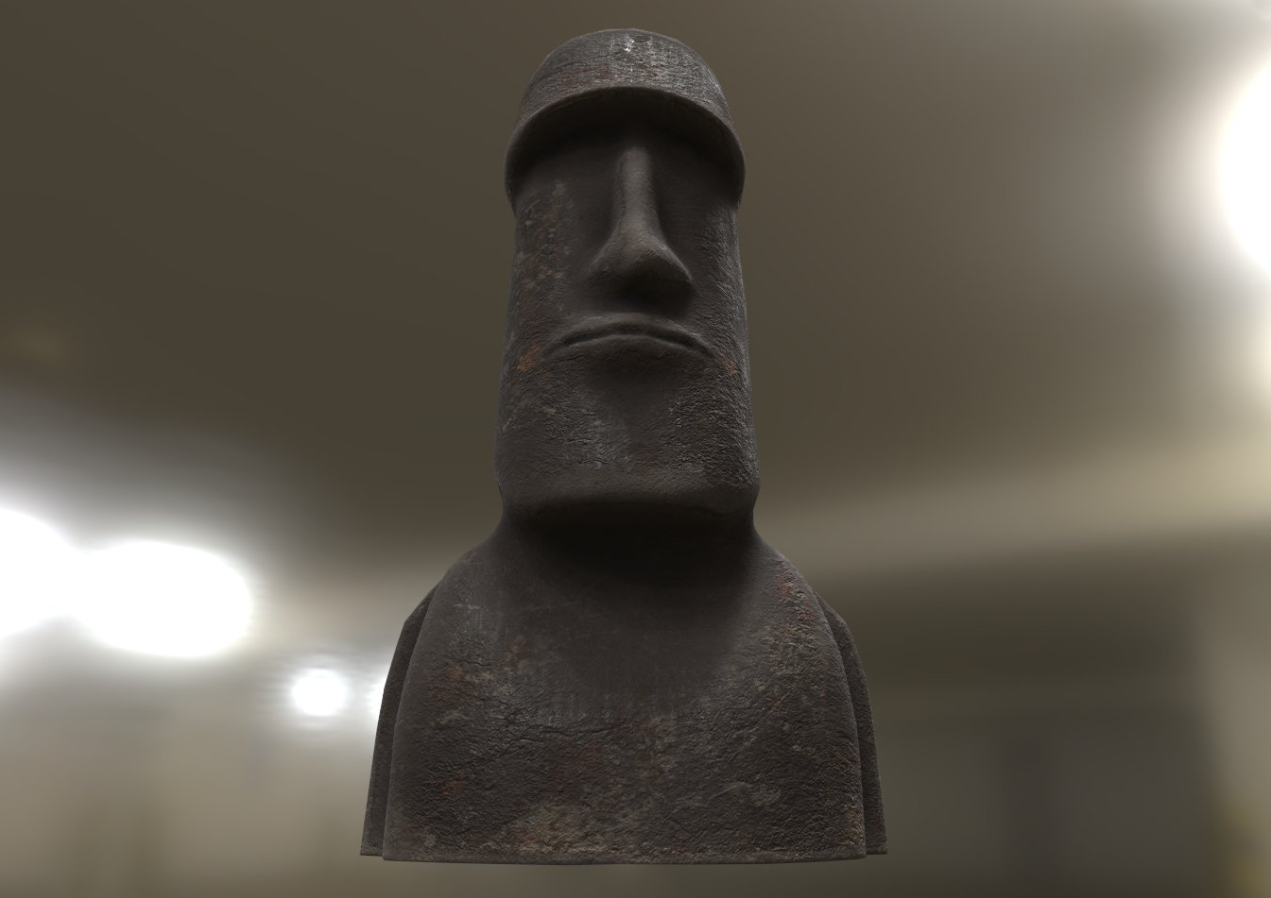 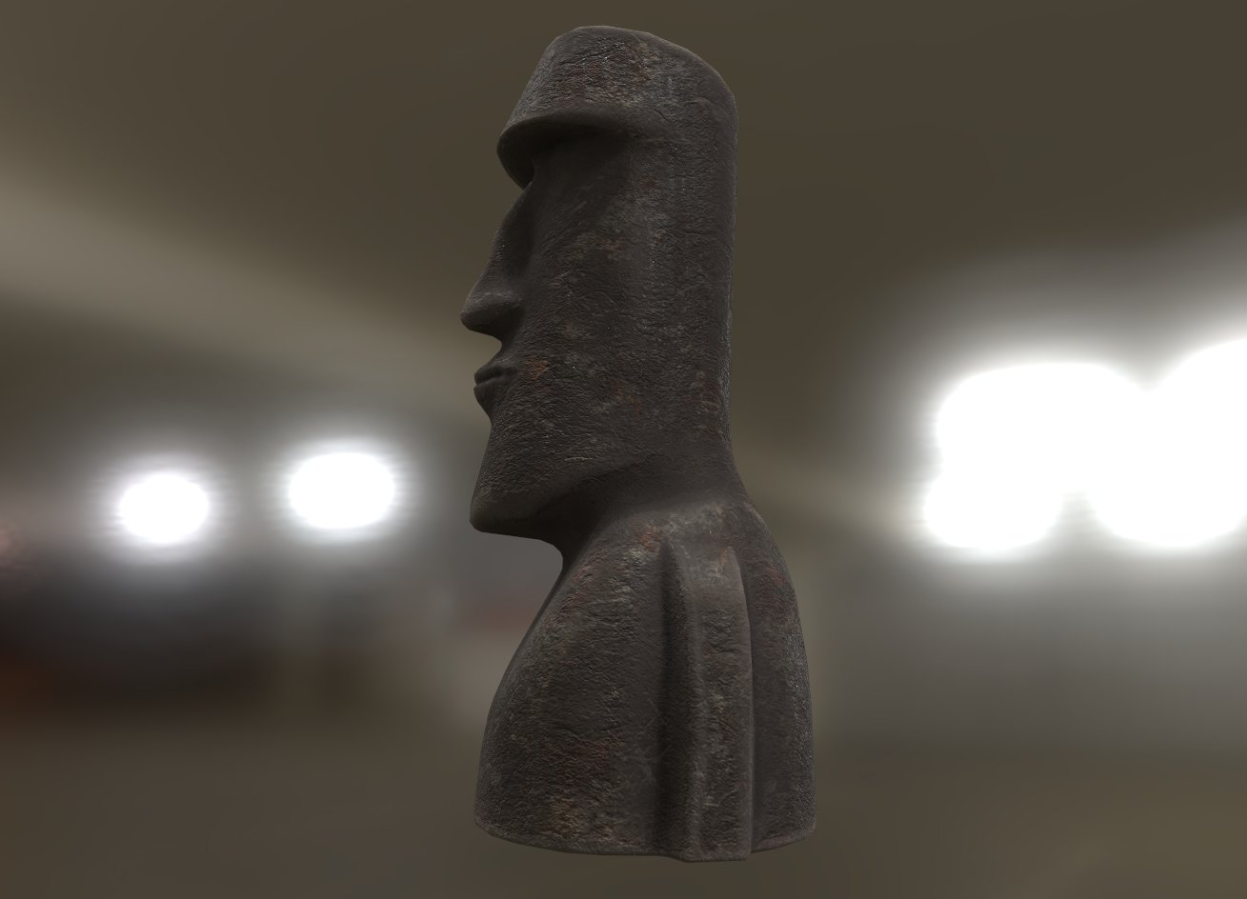 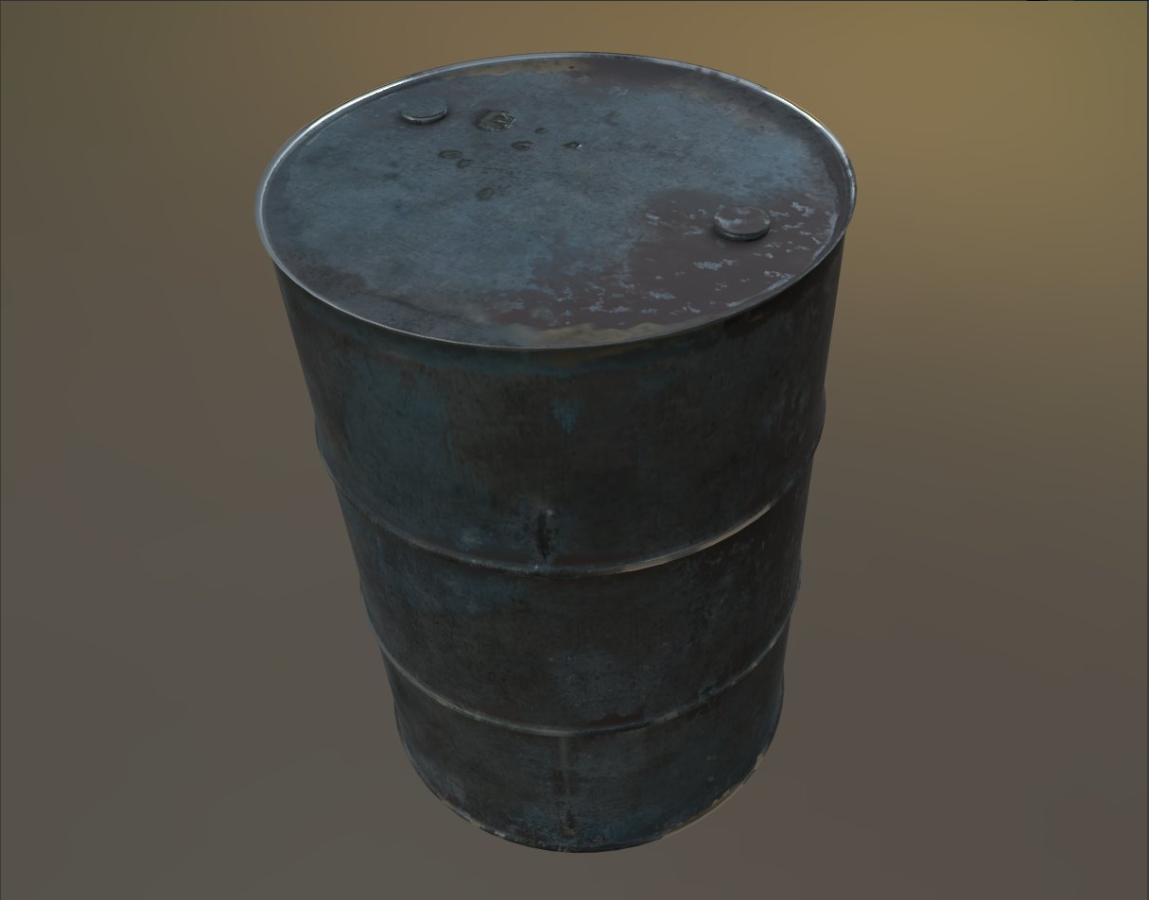 New progress of 'Seventh Crystal Of Theia' in Unreal Engine 4.

Latest update and information you should read about!

Lots of things have happened during the last few months. Important things you should know about, so read all about it here. Thank you!

Hey Chris very nice work ! i wait your game :) i love it.

Hey Doc Gil, lol! Thanks very much for the comment and follow! Working on a trailer atm. Stay tuned! ;)

I only saw the screenshots and i'm in love :D ,i will wait for a demo :D Good job !

Thank you, sir! I will do my best to get that demo out asap!
Glad you like the visuals. Please, share with your friends.

Thanks, Mr. Shredder! May the (metal) Force be with you eternally! ;)

Thank you, Katabelle! Awesome to get some female attention! And thanks for the private message. Will reply very soon. ;-)

Some clever fixed cameras travelling on some platform passages would be lot more appreciated perhaps.

On last two images , the character seems incredibly small, the grass is as tall as it, and trees somewhat also, seems some scalling problem appreciation.
The floor texture seems not enought detailled, perhaps scaling up the model will correct that.
For the gameplay, i hope it will remain some fun simple combat action ?
Why not Zelda like, you enter a room or outdoor arena, the doors clothes, and you have to win before doors re open.

Thanks a bunch for your great comments/suggestions, supragamer!
Agreed, the character seems too small compared to the vegetation (especially the grass/weed). I've tweaked that, and it looks much better now! :)
I also increased the tiling on some terrain textures, to make the character look less 'miniature'.
Furthermore, the cam can be zoomed in/out, and it will also automatically adjust distance when colliding with surrounding objects.
As for gameplay, yeah...we intend to keep combat action simple, but fun. The cam is always in third person mode, except when in combat (shooting mode), it will change to a first person view.
The Zelda idea is also a good one. ;-)

Indie
Tags
Embed Buttons
Link to Crystals Of Theia by selecting a button and using the embed code provided more...

The Wolf Among Us Adventure