Crash Bandicoot Returns is a sequel to the trilogy developed by the studio Naughty Dog. The project will be developed with the Unreal Engine 4 and will be offered in demo in 2017. For the official release, no date is yet planned.

Lots of information, an interview on GiantBomb, two wallpapers for the new logo of the MOD and some other stuff

Hi to you all,


This month, many good things have happened. First, I had the chance to be interviewed while I was talking to a personal interview last month. I let you go read the article of Patrick Klepek GiantBomb.com :

I also had few other contacts during the month, I noticed that many people supported this project (not far from 60,000 apparently) between MODDB, YouTube and Facebook. I wanted to thank you for your support and encouragement, it's very important for me and sincerely hope that does not disappoint you with this project.

Anyway, the mod much progress lately. So I create a prototype vehicle for the levels "Boss". I really wanted to bring something new into the world of Crash, keeping in mind that there also had spin-off as Crash Team Racing. So I thought of an alternative to the Boss. Rather than creating Boss usual, I opted for racing fun, long and intense. But I'll let you discover the "MotorSpeed" (it's a temporary name), through this video :

As many pointed out to me is, the colors were a bit too bland and the universe too realistic compared to Crash. So I completely changed the colors of textures, moods and general colorimetry. Here is an overview "Before / After" :

CyberAlien, (a friend and a genius of flowgraph), agreed to help me to configure and improve the mod. So, there will be an offcial statistics system, there is no bug with boxes and all Wumpa are now independent, unlike the videos I could show. In addition, the game will be enriched with a much better gameplay and through another person who will perhaps soon be in the team, we will soon have real animations for Crash and a suitable 3D Skeleton.

Finally, I decided to do the real logo Crash Bandicoot Returns. Here are two wallpapers, which I hope will please you. I really wanted to create a logo for the mod, while keeping the spirit of the original game. The first is in 1440x900 and the second in 1680x1050 : 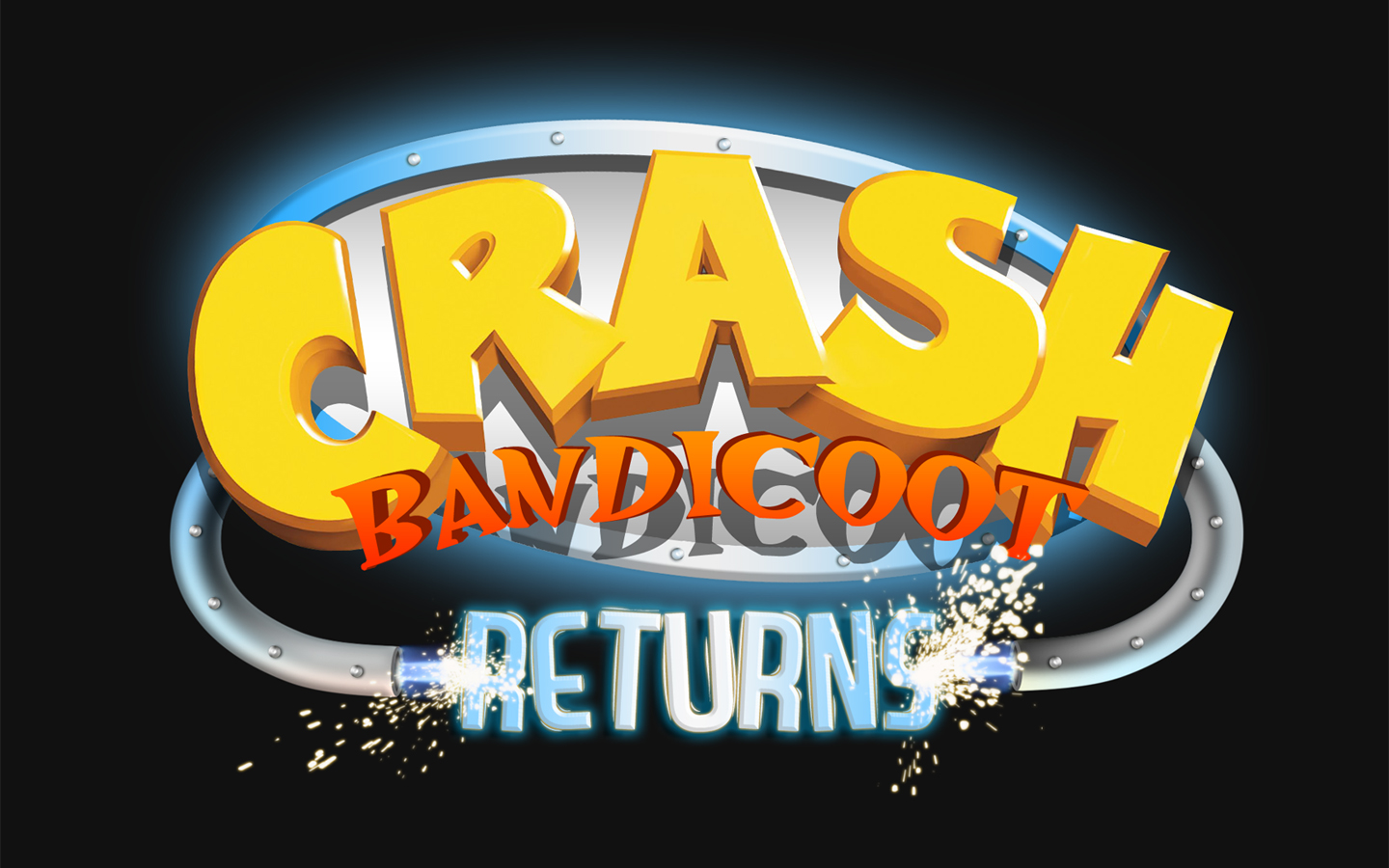 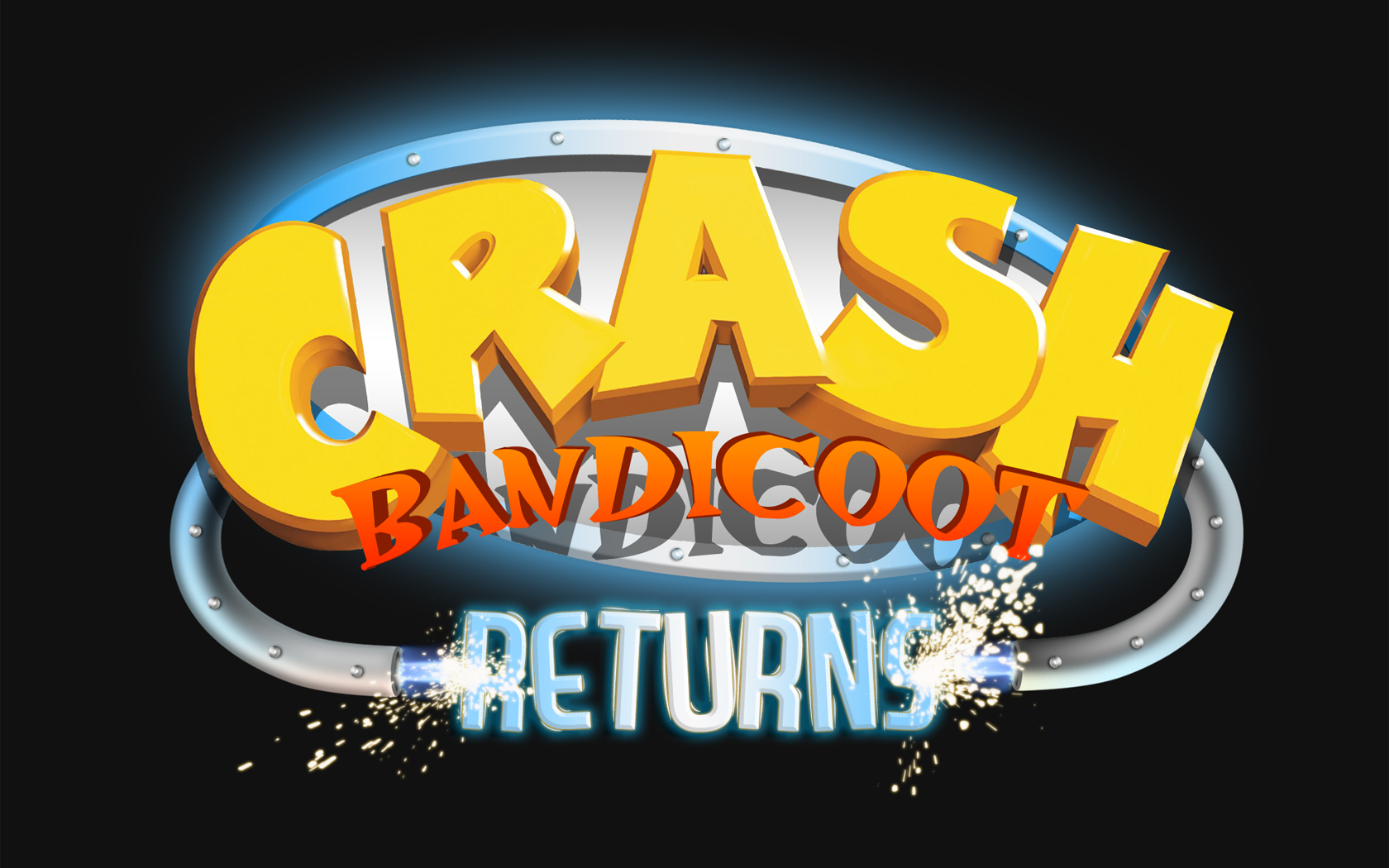 That's all for this month. . Here are some new images of the mod :

Looks great just it still looks to much crysisy needs more stuff to make it look like crash atm it just looks like crash in crysis universe. I love gameplay etc though nice vehicle.

Would be awesome if there was a multiplayer portion of the mod that was lot like Crash Bash!

Hmm... it will be very cool if we will have a mupliplayer. Something like COOP or TimeRush :D
Yeeeeee, it will be one of the greathest mod ever!
Can't wait it.

This look great! Everyone knows that the original Crash Bandicoot was the best. I think that you should recreate Crash's car from CTR, just a thought!

Im not trying to be a hypocrite or anything, but you need to work on the jumps and the run speed of Crash, in the first game Crash ran alot faster and he never put his head down when he ran, and when he jumped he did a front flip, also in the first level hes washed up on a beach he and then he runs into the jungle. Anyways, very nice job on the mod so far, if you plan on selling it, i would DEFINITLY buy it. :D Activision or whoever is in charge of the current lisence should definity hire you guys, or Naughty Dog. P.S PLEASE take the backpack off if you want to keep this game true to the old series :D