I promised to show you Crash textured but ultimately it will be a video gameplay! Unfortunately, MacGivre has not had time to work on the project lately. But fortunately, Chris has worked hard on the gameplay and sent me his latest version this afternoon. I then made some adjustments of displacements and realized the editing of the video. 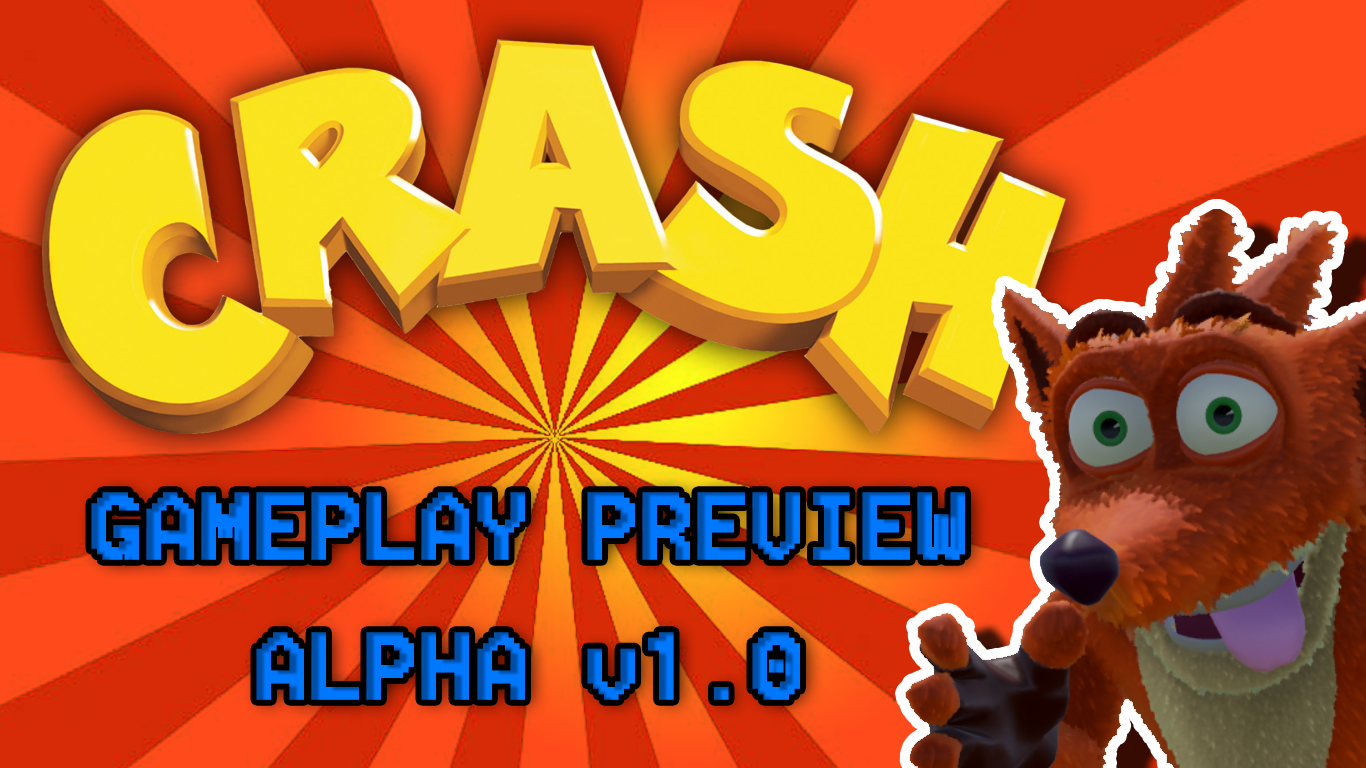 First of all, I want to make clear that this is only an alpha version and that many bugs are still present. The gameplay is also not definitive and some sounds have been added in post-production in order to make the whole more complete and pleasing to the ear. I hope that you will be indulgent when the various bugs that you could see during the video:

As for the playable demo I had previously mentioned, it will be available as soon as the gameplay is completely finished and the bugs corrected. It does not lack much to tell the truth, only a few crates and two or three animations of transitions. There will also be some modifications of the animations already used to make them more fluid and natural.

For upcoming information and future videos/images, I promise nothing for now because I have no idea how long it will take. Nevertheless, I will keep you informed as we progress, and I think the next article on the official website will deal with the texturing of Crash.

Finally, I would like to thank the 12 people who have already voted in favor of our project! Your support is very important to us and we hope that you will like even more our work in the future!

Also, I would leave the survey open until February 15 so that those who waited for the upload of the video could also vote. For voting, click on this link.

The new 3D model is ready!

Finally ! The Crash model is finally finished and animated. You will be able to discover the new face of the orange hairball and its first two animations...

After a day of rest (no I don't work on Sunday ... almost not ... Well ok I kinda worked but shhh!), I decided to make some screenshots for your enjoyment...

I announce the resumption of the project but this time with a new team (under research) and a new engine.

After several weeks of inactivity, I have the pleasure to present you the first video of the game. You can finally discover the first animations. Of course...

YES! Great to see a come back!! Looking forward to playing it!
Much Love.

There is a remaster coming out next year of crash bandicoot

Yeah we know, but our project is not a remake, it's a sequel to the trilogy of Naughty Dog ;)

Naughty dog made the best crash bandicoot games of them all, no doubt about that!

And i'm really looking forward to see how this further develops,
Keep up the good work!

Im so happy this is back, it looks the most promising of any other fan project, cant wait for a demo, good luck to you and the new team, hope one day to see a full game of crash bandicoot on Pc (that doesnt need emulators).

Side note the new crash bandicoot remasters for the Ps4 look amazing, tempted to buy a ps4 but will wait to see if crash bash and crash team racing get remastered later or even spyro :D

And yeah, the remasters is very cool. I can't wait to play it :p

A Purrtato Tail - By the Light of the Elderstar Platformer