Complex SKY is a city-building simulator featuring strategy and puzzle elements made by a sole developer. The players are dropped into a post-apoclyptic sci-fi setting and tasked with building their own city in the sky amidst various floating islands. The game lets you build multi-tiered structures that stretch upwards for miles, or even build your city upside-down by flipping your main island. The game also features crafting and lets you research new technologies and discover hidden upgrade chains, with a lot of suprises in store for those who take the time to make the best out of their little paradise.

Make the most of your Y axis as you build your city upwards OR downwards!

As you build your city, you will discover ways to automate and scale up your production in various ways

Researching new technologies for your city is the main way to progress through the game and requires gathering and unlocking various items and materials. Each new technology will in turn bring something new to the table, sometimes radically expanding the game

You don't have to always move items between buildings manually and can instead set up complex production and trasportation chains to streamline your workload. Some buildings will also feature unique trasportation methods

You will be also have to work on restroing the environment, destroyed after a great cataclysm. As you restore your environment, you will be able to grow more trees and increase your mining capacity

You will also discover more statuses as you play the game

As the release of Complex SKY gets closer, we are going to look at one of the stand-out features of Complex SKY: verticality. Inspired by titles such as the movie Upside Down or the anime Patema Inverted, Complex SKY features sky-scrapers aplenty, which you can stack and build things on top of.

Before we continue, support us by adding Complex SKY to your Wishlist.

Unlike other city builders, Complex SKY doesn't provide that large of a gameplay area: 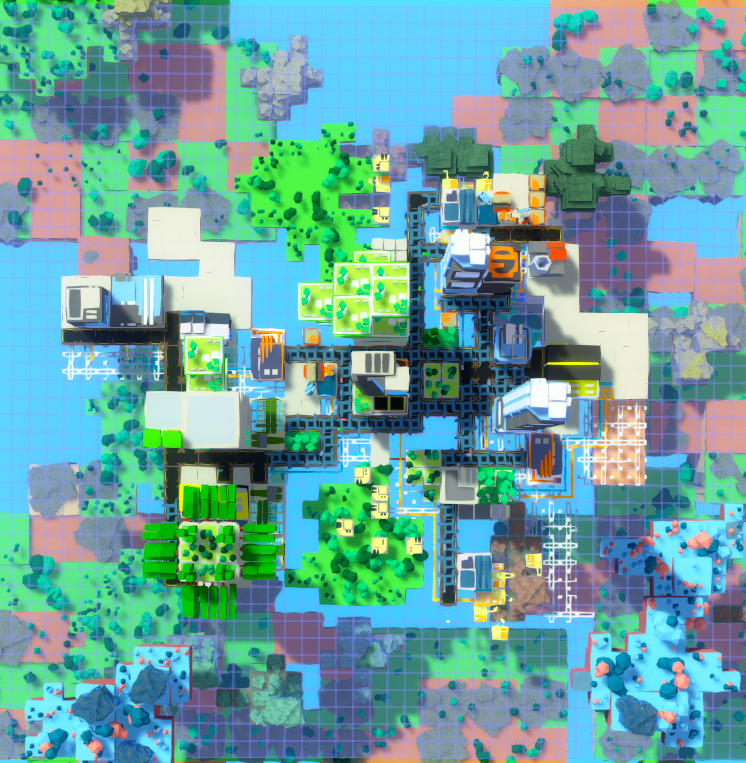 The building grid after acquiring a couple of area upgrades

However, this is done to focus the player's attention on building their city upwards rather than just expand it. 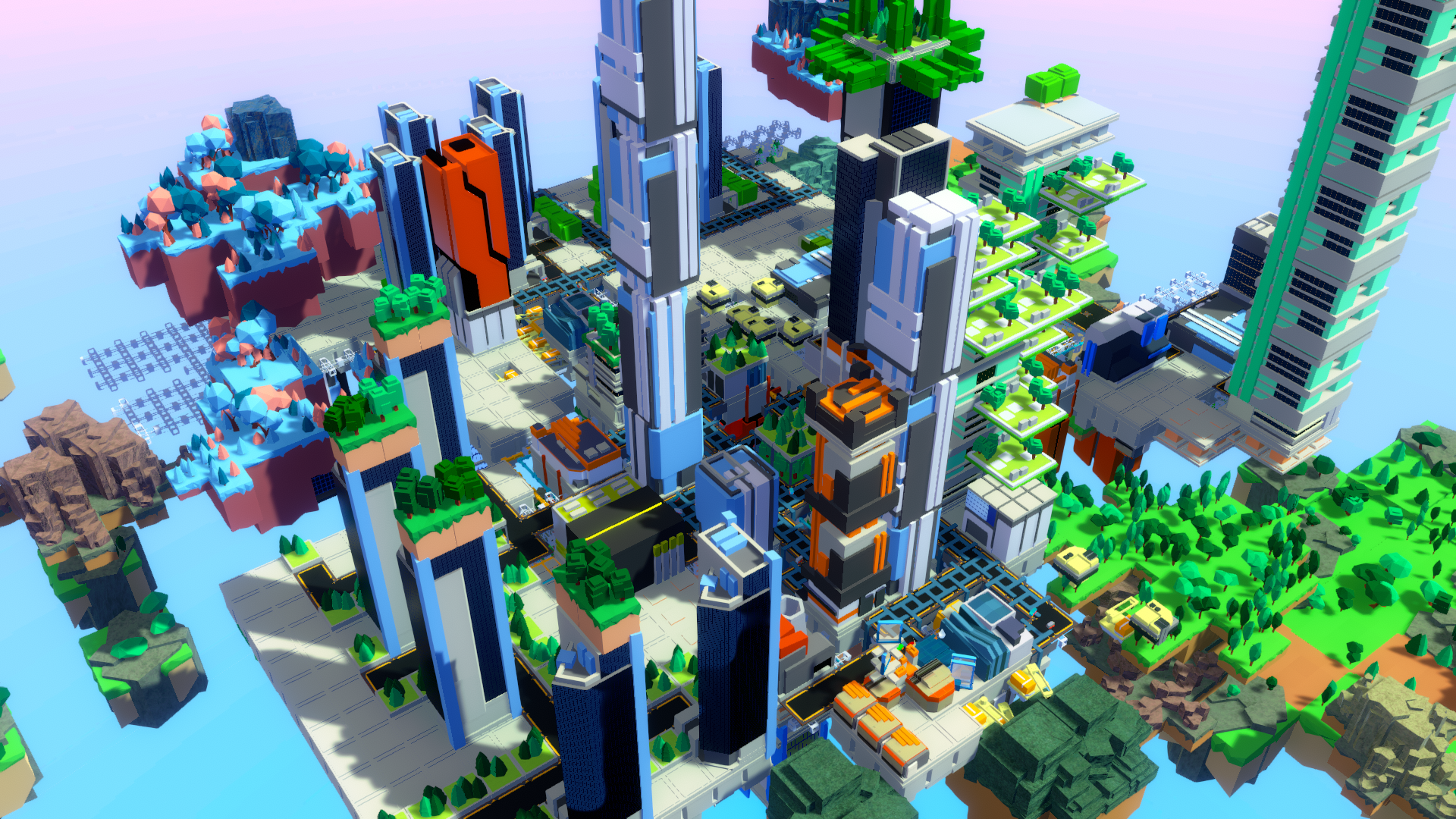 As of right now, most of the general structure of your city can only be created on the ground level. However, as time goes on, you will be able to build roads, pipes, and foundation tiles on multiple levels within the grid, making for a truly multi-tiered city.

There are also other ways to give your city more verticality:

The game features an item type called modules, which are structures that can only exist when connected to other completed structures. 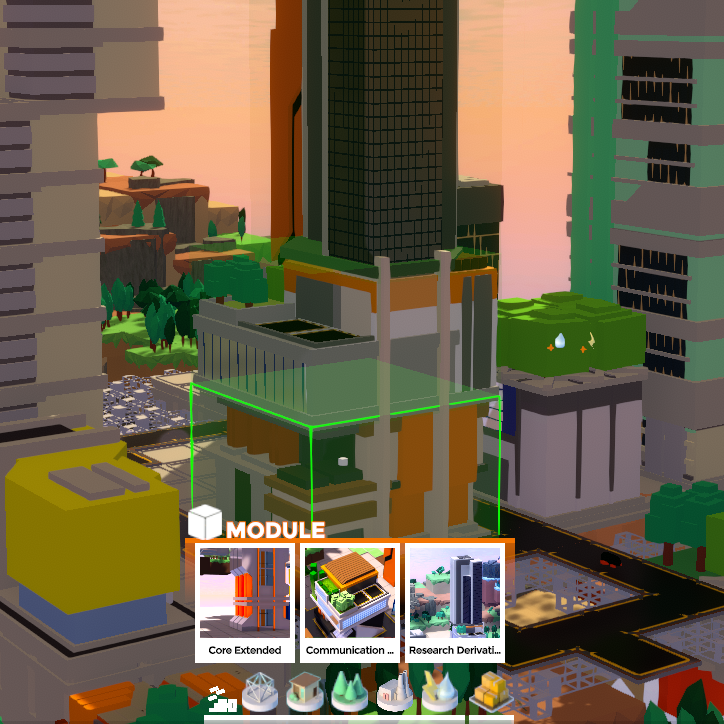 This means that if you can’t extend a building directly by stacking it up (such as a Basic Apartment), you can still modify it using a Module upgrade. Some of the modules can act as a base to build on top off, so experiment! 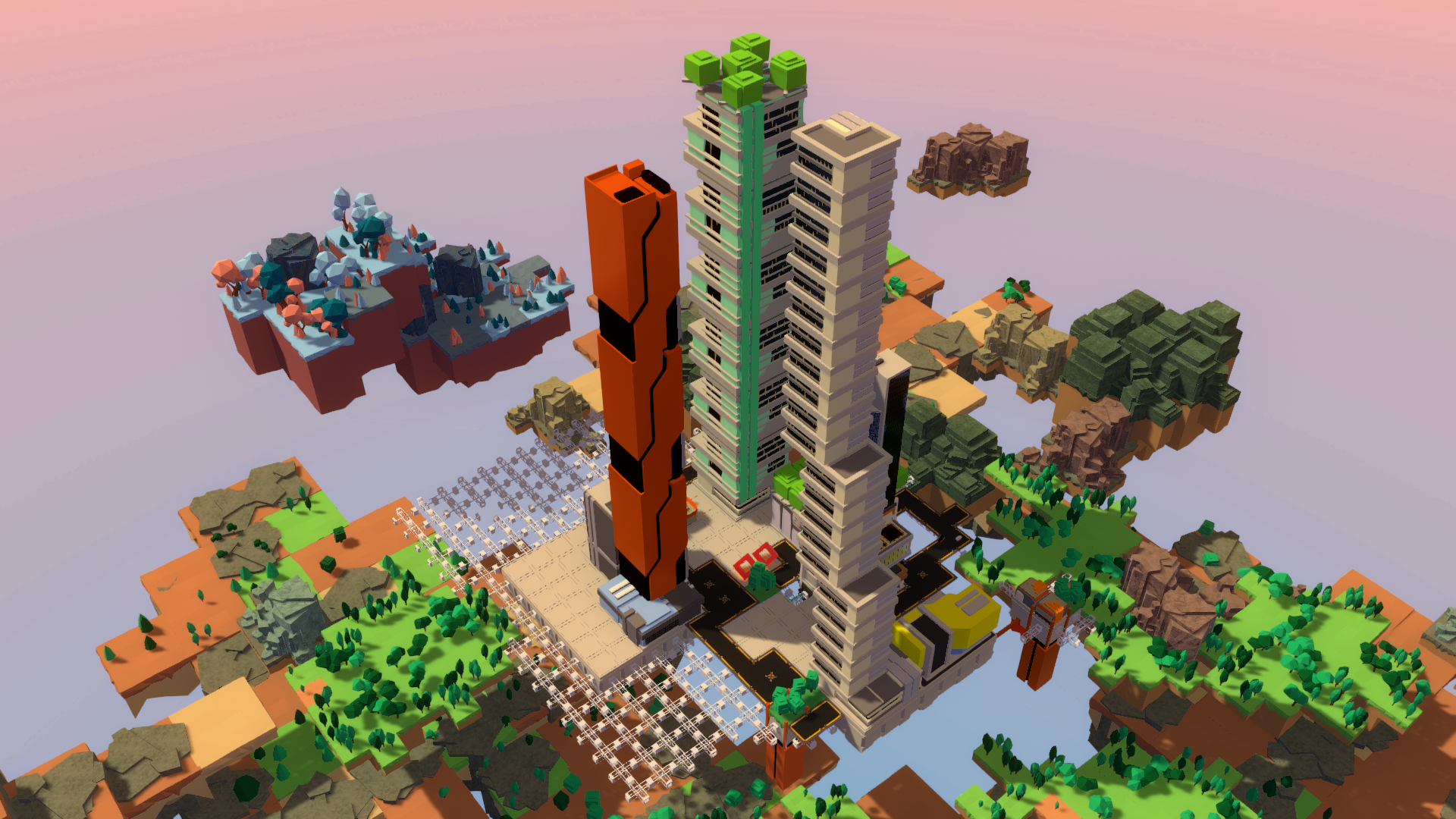 Wonder how much those islands can hold?

Some nature-related tiles can exist on multiple levels, even on roofs of buildings, making for some beautiful scenery. 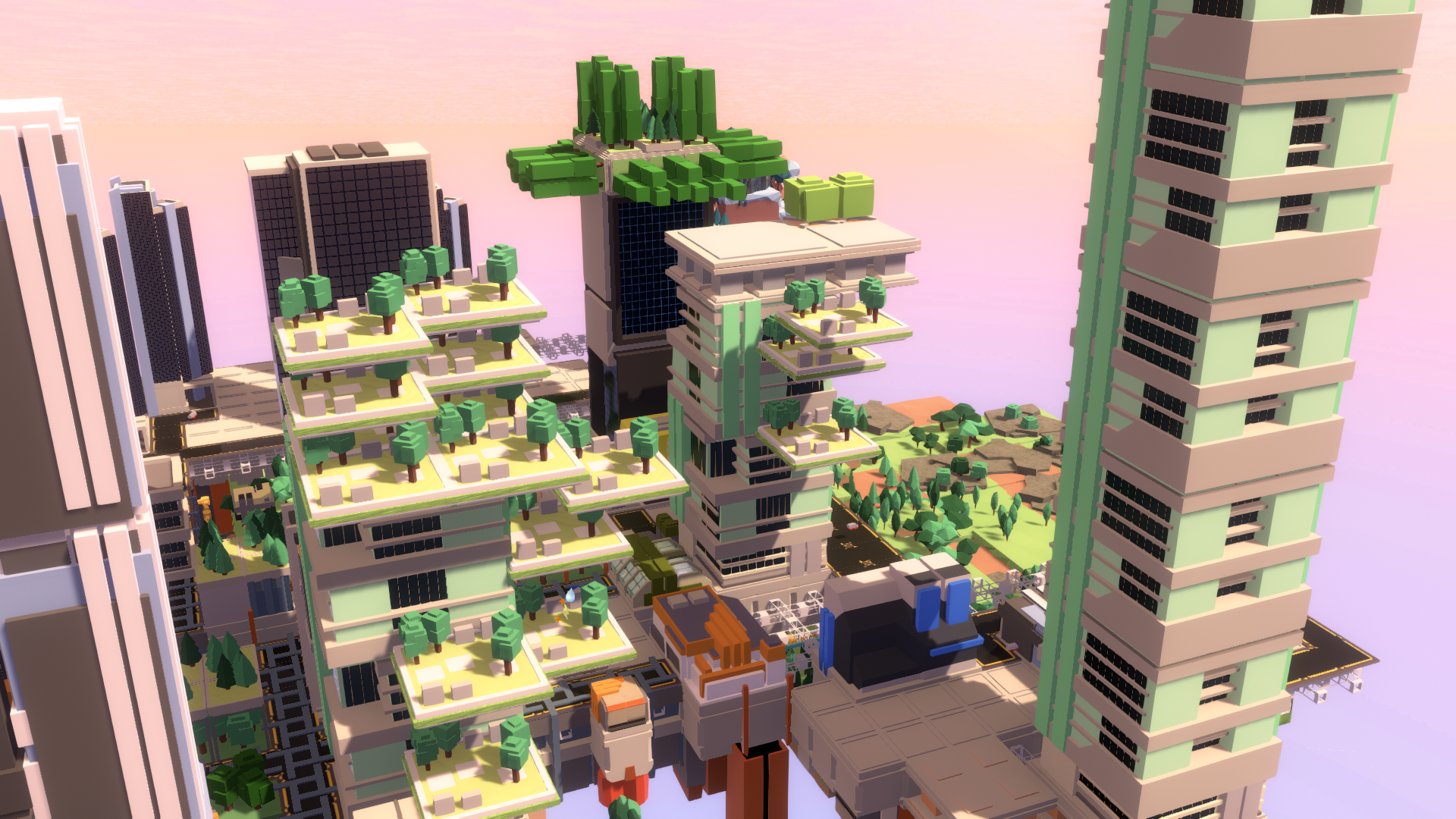 Also, unlike many other games, you can even place some plants upside-down! Or even on the sides of buildings. 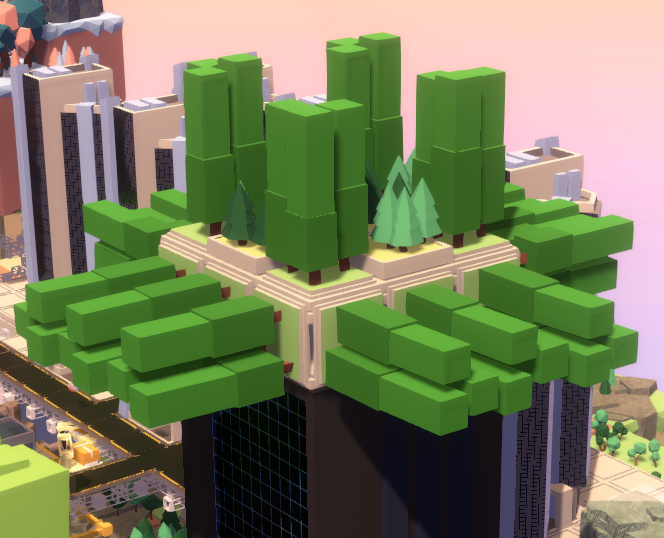 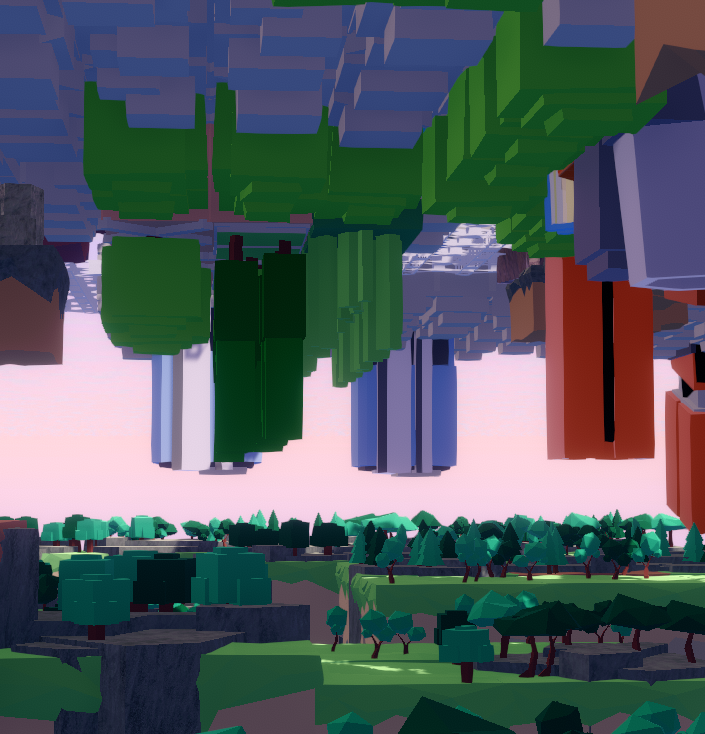 Perhaps the biggest feature of the game is the ability to build your city upside-down, on the opposite side of your default landmass. This feature will become available once you research a certain upgrade after making enough progress in the game. 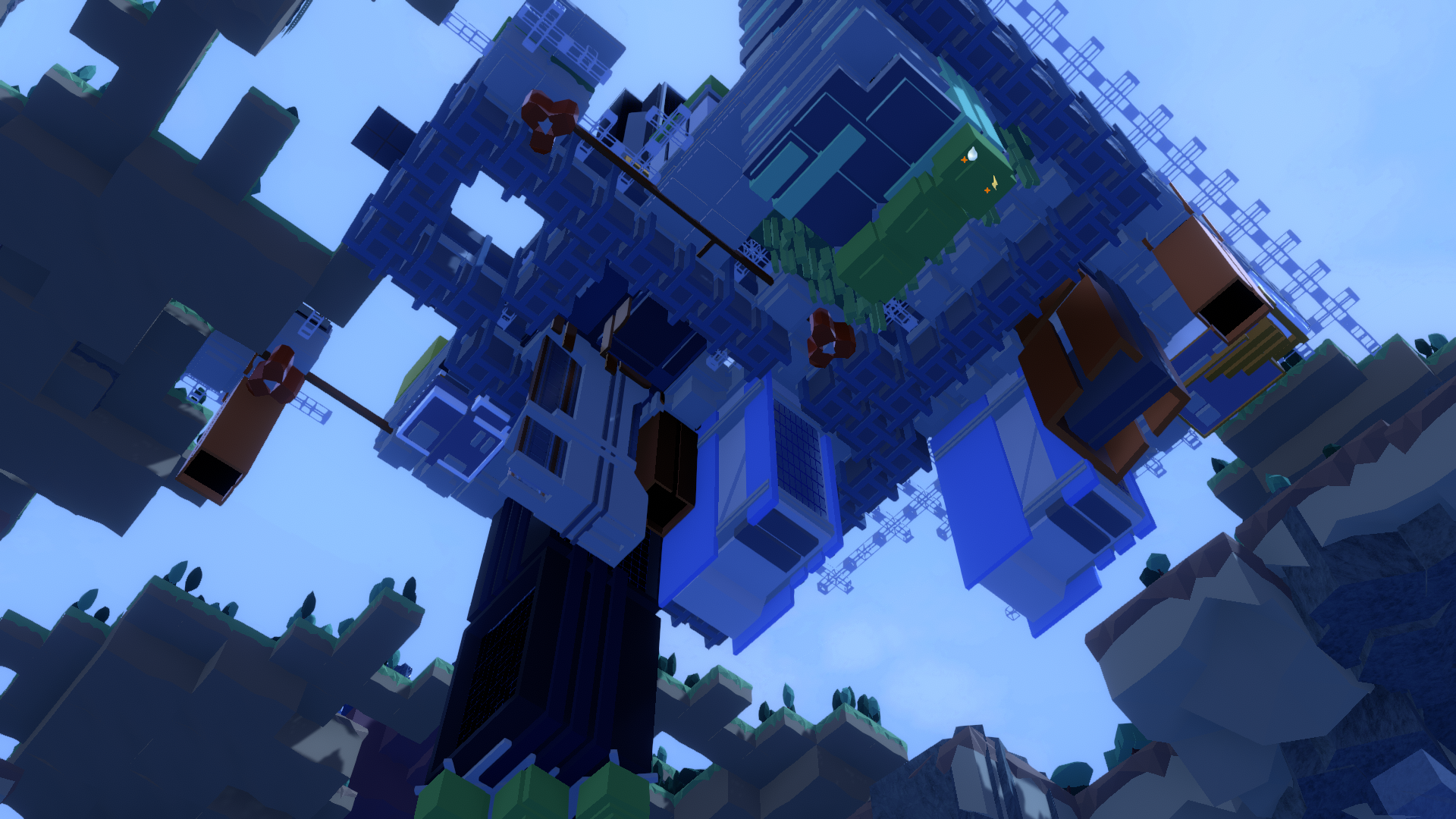 Reminds you of a certain inverted castle, doesn’t it?

Your typical buildings aren’t the only thing installed on the underside, however. It’s also housing some special structures that help keep your city afloat, figuratively and literally.

For instance, these lifters affect the total carrying capacity of your city. Use them with care! Currently this area of the game is in active development, with more to come in the future.

Hope you liked this general overview and are looking forward to more! If you like what you see, you can check out the alpha build of the game on GameJolt and wishlist the game on Steam!

See you on cloud nine!

Complex SKY is a vertical, automation, floating, flippable city-building in the sky.

This looks really cool, keep it up.