Chex Quest, made by Digital Café, is a total conversion of The Ultimate DooM. It was released in boxes of Chex Cereal in 1996, becoming the first game to be included in a cereal box. When it was released, it increased sales by over 200%. It then went on to win both the Golden Reggie Award for Promotional Achievement, and the Silver EFFIE Award for Advertising Effectiveness.

13 years after the original Chex Quest was released in cereal boxes, one of the original designers (Charles Jacobi) made an official Chex Quest 3. This includes Chex Quest 1, 2 and 3 in separate episodes, making it the most complete and best functioning release of Chex Quest ever! 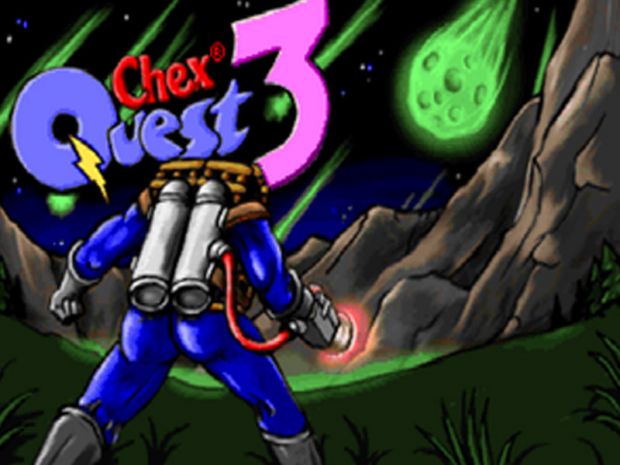 So, how, many levels does it have??

All of them. 3 episodes, each 5 levels long.

Surprisingly enjoyable! I would not say no to a Chex Quest 4.