Battle of Tau Ceti is a team-based multiplayer space combat game. Players pilot ships ranging from small one-man fighters to huge six player battleships or join their crew as a gunner and take command of one of its turrets. Fight the enemy for control over sectors allowing your team to collect resources which you’ll use to buy bigger, more powerful ships. Shoot down enemies, capture territory, and ultimately destroy the enemy flagship!

After over three years of development, much deliberation, and an awesome trip to GDC I have finally decided to pull the trigger on trying to get BoTC published as an indie game on Steam! 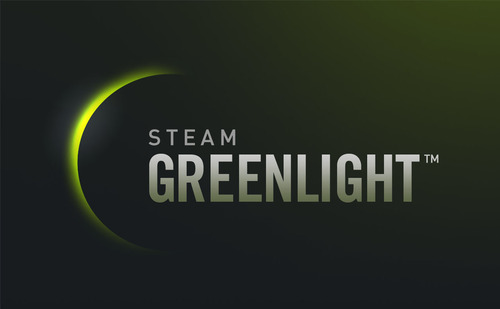 Also, here’s a brand new trailer to get hyped up!


Now hit the BoTC Greenlight Page and VOTE! Spread the word and if you are so inclined tell me what you think by tweeting me (@CodestarDev). I’d love to hear what you like and what could be improved - after all, it’s still a work in progress.

It takes mere seconds to go vote, no excuses!

With your help, I’ll see you on the Steam battlefield!

This update includes improvements to the way matches begin, end, and reset as well as several bug fixes and AI updates.

The 0.4.2 release contains updates to weapon netcode to improve the feel and responsiveness of combat!

This latest release contains several fixes for bugs found in the previous release as well as big improvements to server stability!

With this new version comes improvements to the way resources are collected, additional game infrastructure, and a netcode overhaul. Weekly Playtests...

This is the Battle of Tau Ceti Alpha 0.4.4 release for Mac OSX.

This is the Battle of Tau Ceti Alpha 0.4.4 Dedicated Server for Windows.

This is the Battle of Tau Ceti Alpha 0.4.4 release for Windows.

This is the Battle of Tau Ceti Alpha 0.4.3 release for Mac OSX.

So it's has been 4 going on 5 months and there hasn't been a single update? I'm still waiting to play that Alpha 2.0 stuff you showed back in March. :(

love the game an to ask for others to be in your game all they need is your IP of the host? an i did find a bug where if the turrets are fired till they reload an are fired wile unloaded then before they load you switch out of the turret they will keep firing every time they reload lol an one thing if you don't have the HC to jump sector to sector how do you jump? from the main sector aswell other sectors ?an before i changed the controls my ships was shaking like hell an the turrets kick like crazy even now lol

If you start a game that you want others to connect to, all you have to do is create the server and it will automatically show up in the browser for anyone else.

I appreciate you mentioning the turret bug, I think I know what you're talking about and it should be an easy fix to get into the next build.

Hyperspacing between sectors is the most confusing thing and I definitely plan to address that. As MurcDusen mentioned, to jump to another sector, you just need to aim at it while holding the hyper charge button until it fills up.

Host IP should be useful, netcode is whacky yet and I'm not too sure whether every personally hosted game shows up in the browser. Best is you just join the dedicated 24/7 server, especially on Wednesdays 9PM EST, as there are public playtests held there with the dev (not too good a time for European sadly, should be about Thursday 0AM to 3AM or something depending on where you live...).

Never seen that turret bug before, gonna test that out.

I'm not too sure what your question about jumping is, but hyperjumps generallly just work from one sector to any sector with a clear line of sight. You just aim at a sector and hold your hyperdrive key until the drive is charged, then you'll automatically jump to that sector. The HC (Hyperspace Capacitor?) just lets you jump instantly when you use it, no charging required.

OK, two questions
1. Will this game be free when it is fully released?
2. Do you know what the system requirements are for this game?

1. No concrete plans so far but expect it not to be. That said, all the alpha versions (now and in the future) will all be completely free.

2. I don't have specifics since I haven't done any true benchmarking but the requirements are pretty minimal. On the plus side, if you have any doubts the latest alpha build is available to try out right now. It even has an FPS counter built in (minus key by default)!

I'm loving this game. Though my only beef atm is that for some reason with AI, they WILL NOT for the life of me use the turrets on the Artillery Frigate. They worked for awhile, but now, they just cease to work on my end. They'll for for the rest of the other AI ships friend or foe. But not for me. So either I pressed a button that I shouldn't have pressed or something is glitched out in a config file that shouldn't have been glitched. I tried reinstalling sort to speak, but seeing as I have no idea where the config files are saved locally, it doesn't do anything.

Glad you're liking it so far! The Artillery turrets not firing under AI control is definitely a bug and not a config issue. I've noticed it before myself but fixing it will require some dedicated digging to figure out what the problem is since the same code controls all AI turrets and only one ship has issues.

I'll make sure to work on this for the next build, thanks!

Ya, turrets on all other ships work fine. It may be something just related to the artillery ship alone. They used to work, however, now they do not, can't give you a reason why, but can just tell you that it looks to be only isolated to the arty ship.

I think that happened to me too... though I just assumed it was because the enemy was too far away or something... should probably keep an eye on that. Best solution of course would be to get some populated servers :P