This is an expansion pack for Battle for Middle Earth II. It adds new armies such as Arnor & Angmar and has many new expanded heroes and units. The game focuses on the Return of the Witch King to power after the fall of Sauron in the second age. In his new arrival Arnor is losing its blood and is scrabbling over Rhuadar, Arthedain and Cardolan.

Awesome Working trainer that features infinite money CP god mode reaveal map and instant upgrades units and structures IT IS AWESOME works with mods too :)Not Mine Made by a guy named Jared! KNOWN PROBLEMS: When you use the instant build power for Isengard, the siege works upgrades to LV 3 but you cant build the LV 3 Units. Just turn off the Instant thing and build a siege works and upgrade it to LV 3. For the goblins both the fissure and the spider pit cant be built with the instant thing on or you cant recruit LV 3 units or LV 2 for that matter. 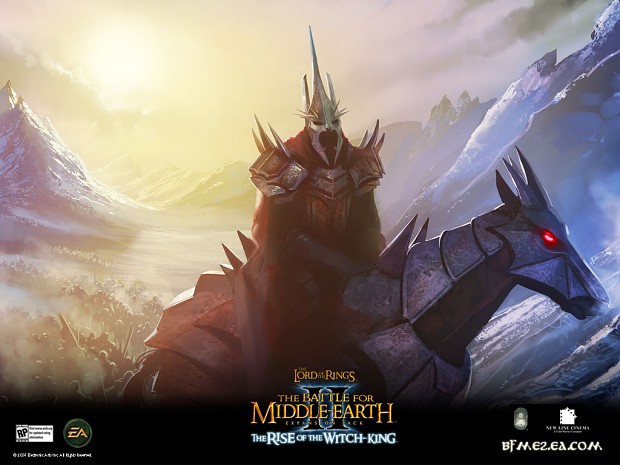 Do you have the cd

It doesnt say how to install

which version of the game is the trainer for?? i tried on mine which is version 0.31611 and its not working...when i tried to launch the game from the trainer the game stopped working

It's a great trainer, work's awesome on my computer and work's on mods. Thank you, I appreciate it.

it doesn't work on the mods !

lol I get it to work!
if you are using mods do not launch the game from the trainer.
launch the trainer first THEN LAUNCH THE GAME FROM THE DIRECTORY, OR THE SHORTCUT FROM THE DESKTOP.
Trust me, it will work!

it doesnt work on the EDAİN !!!