During a routine exercise, Sonic and Co. are alerted to a disturbance on the Floating Island. There, Eggman and his badnik army are excavating for a lost Chaos Emerald of immense power. Sonic & Shadow combine forces once again to thwart Eggman's attempt to imprison the planet, but Eggman escapes with the emerald in tow. Unbeknown to them all, the future is about to change for the worse, once the power of the emerald re-awakens one of Mobius' oldest threats.


A:DR is an action/adventure standalone PC game using Unreal Engine 3. The player assumes the role of Sonic the Hedgehog (and friends) to save planet Mobius from his nemesis Dr. Ivo 'Eggman' Robotnik and the nefarious Ashura. Experience Sonic Physics once more; run on walls, loops, corkscrews and on water!


You can play the old Tech Demo now (UT2004 game is required)
Download it HERE.


For more information visit these links:

- This is a HUGE project and it WILL take a long time due to the amount of custom content needed and creative planning.
- The team will NOT post answers to questions already made, check through the comment pages first.
- Due to lack of dev support, the multiplayer modes are ON HOLD until further notice. 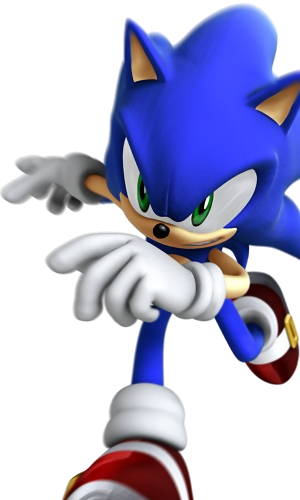 SEGA, the SEGA logo and Sonic the Hedgehog are either registered trademarks or trademarks of SEGA Corporation. © SEGA 1991-2014 All Rights Reserved.
Ashura: Dark Reign and the A:DR Mod Team has NO affiliation with SEGA.
RSS Articles

For the longest time I have refused to move to UE4 as I deemed it just a visual update with some better capabilities. But my hand was forced when a rapid prototype was made by ADR's own Lead Musician Tim.N and his buddy Mikael. To further ADR's integration with the new engine, the project has since gathered the talents of the awesome folks behind the Hedgehog Dev Kit and utilising the vast supply of additional help through the Unreal marketplace. I myself now have weekends to work on the game.

So what's built into this new version?

I have managed to script up wall jumping. All Power ups, Rolling, Boosting, Spin Dash, Springs, Spikes, Wall runs and Loops thanks to the Hedgehog Dev Kit. Early version of Grinding, and Tails companion by Tim.N and Michael

Still looking for 3d modellers and level designers. If you have experience in UE4 visual scripting, get in touch if you wish to contribute.

ADR opens up as community project

I'm opening up ADR as a community project Anyone wishing to help will not have to dedicate all their time like I have and the old team did in creation...

A brief Discussion on SuperSonic, its creation and design process.

Its Midnight, and as the clock struck twelve here, the site went live! www.xr-s.com/adr/ There are a few issues that was not sorted out in time, but will...

New website coming your way in 4 days! Detailing everything from about the game, videos, artwork, developer & news blogs, faqs, and team vacancy positions...

An update to replace the existing wooden/disjointed animations in the Techdemo.

Installation instructions provided. After collecting feedback from people, a map patch has been released to fix several problems of the Tech Demo map...

You are still alive, guys?

By the time this is released it will be a Unreal Engine 7 game.

Wow I remember following this when it was a UT2k4 mod. I'm glad to see you guys are still kicking. Keep up the good work!

got this ''Critical Error'', please help

Hey, if you guys need any music or whatnot, I'm happy to help out, same with any writing or whatnot. I've been waiting for this game for a while and would love to help out if it's needed. here's my soundcloud: soundcloud.com/steven_kane

Project really needs 3d modelers more than anything at the moment. Music is last on the agenda during the current production phase.

I remember hearing about this game when I first got into the Sonic fan game scheme but I thought it was abandoned
It's amazing how long you've been working on this!
I can draw, animate in Blender and make 2d pixel art (sprites), and I can also write if you need help with the story or need dialogue, however, I do not have any knowledge in programming outside of a few very specific coding languages used only in certain engines (Such as game maker and mugen)
My drawing, animating and writing skills aren't perfect (far from it, in my opinion) since I'm still learning, but I would hate to see this project die...
I can help with some level designing and such, and make some concept art, or if you need any animations for some models
This project looks very interesting and I love it's darker take on the Sonic universe.
I'll probably not be able to dedicate my FULL time to this because of school, but I would like to help in any way I can! =)

My DeviantArt: thedarklordofcookies.deviantart.com (I know it doesn't have a lot in it, but it's because it's a new one that I made about two months ago and lately I've been focusing on finishing the first chapter of my comic so I haven't posted much)

I can understand your thoughts on it being abandonded due to my lack of posts over the past year. Checked out your work over on deviantart. I've sent you an email.

Could you make it in Unreal Engine 4?

No. There is no real valid reason to make ADR on UE4