Apocalypse City: Last Stand is an epic browser-based, casual survival game! Explore a post-apocalyptic environment while trying to survive mutated creatures and rogue survivors. Search for loot such as steroids, medkits, and extra ammo to gun down your enemies. Hunt mutated creatures, battle for top ranking survivor status, or form an alliance and try to survive together!

Thanks for voting and helping Apocalypse City on it's quest to become the 2022 Indie of the Year. You are now in with a chance to score some free games. Help this game secure more votes by embedding the widget (or link) we have included below on your favorite sites. 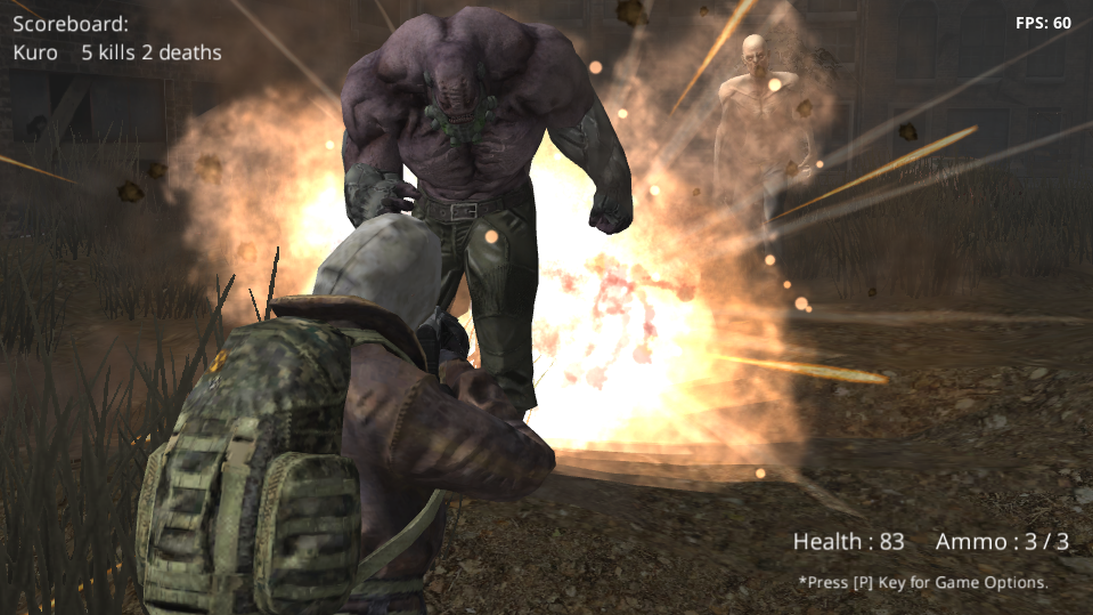 Sooo… we’ve been a-bit quiet on our end, but now it’s time to start making some noise again! We are very excited to announce the release of Apocalypse City: Last Stand v1.3.0! This update is packed with tons of awesome new content and bug fixes.

We now have a player loot drop system! All players will begin to spawn loot drops upon death (ammo, health, or steriods). This feature alone may temp you to kill your mate for loot or be killed? Beware…

Look out for 2 new enemy types (Zombies, and Mutated Dogs) you’ll have lots of fun engaging… or running from lol! We also now include 3 starting weapons: Sub-Machine Gun, Shotgun, and Grenade Launcher all with new and improved particle effects. We especially love the Grenade Launcher, but it’s much slower than other weapons so make your shot count!

Beyond content updates, we also have lots of bug fixes and performance improvements. One great example is the addition of a Ping Manager, otherwise known as a Photon Networking “Master Client Switch” system. Since players are allowed to host their own games, we now have a built in system that monitors your ping. If the system finds another client with a better ping we’ll migrate the master client responsibility over to another client to keep the game sessions stable and lag free.

In closing we also want to share that Apocalypse City: Last Stand is very close to being published with Y8.com. When officially released on Y8.com platform we should begin to see a flood of new players online to engage with on a daily basis. Overall we think you’re in for a real treat with this latest Update and our upcoming world wide offical release. Thanks for reading, and please do stay tuned for more…

please send a key, I do a video on my channel (https://www.youtube.com/user/DrGam3rggvi)

no need for key, you only need to download/install Adobe Shockwave Player: Get.adobe.com then go to Apocalypsecity.net to Play!

you only need to download/install Adobe Shockwave Player: Get.adobe.com then go to Apocalypsecity.net to Play!

Hi, why you not change shockwave for the untiy 3D, you have experience with zombie warz ?

it would take way too long to redo in unity, plus this game is doing pretty well as shockwave game anyway, most people have shockwave player installed on their pc. i get about 10k daily hits/plays. you should add this game to your game website, your visitors will love it too! =)