Get into the shoes of Alan Sharp, a private detective in the 1970s, retired and shattered due to the murder of a beloved one. A single call by an old friend takes Alan back on his track, leading you to a small town where a boy was butchered.

Supernatural Or a Gruesome Murder of A Family?

The parents are missing, strange rumors spread among the folk talking of madness that consumed the father. Furthermore, others foretell of peculiar events and occurrences in the Regans’ home. Inspired by various psychological horror games and detective fiction, Alan Sharp takes the best elements of the horror games genre. Using uncertainty and fear of the unknown, above all, it provides a chilling atmosphere for the players to experience.

As you investigate the mysterious murder, death lurks behind every corner. It lingers for a right moment to consume you in the dark and bury the truth of what happened to the Regan family.

Greetings investigator,
My name’s Alan Sharp, a private detective with a vast résumé of successful cases throughout the 1960s and 1970s. However, my life led me down a dark path when a person I loved was murdered because of me in a murder mystery game. Scheme of wits and slyness that I did not expect. I was called by an old friend to visit a small, gloomy town where a boy was found butchered in the wardrobe. The parents are missing, strange rumors spread among the folk talking of madness that consumed the father. Others speak of… unnatural events and occurrences in the Regans’ home.
I need you to guide me to go back to my old path and find out the truth. I’m offering you my faithful journal, a flashlight and my suitcase filled with necessary items to carry on this mystery murder game. But, whether it will be a game or a horrible reality, I cannot tell.

It's the Best DAY for our team here.

The 1st Chapter of Alan Sharp - Chapter 0: Prologue
- our Horror/Mystery Detective Game is finally on Steam!

The Horror, the Mystery, The Investigation - they're here!

GET IT NOW on STEAM 👉👉 Store.steampowered.com 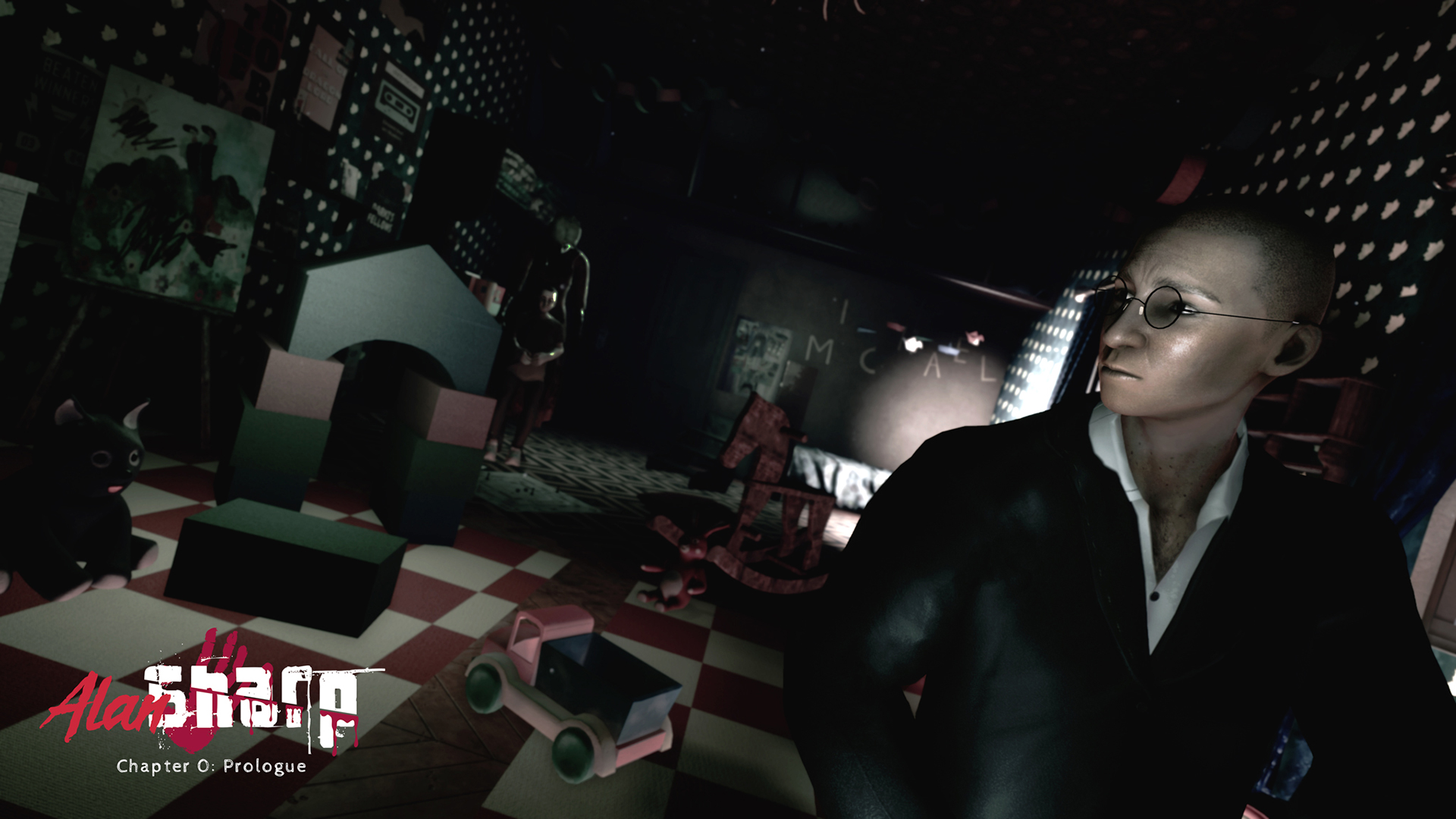 It all started 6 Years Ago... 👈
We were only two game developers, 0$ budget of external funding or donations, completely financed by us working 2 jobs and freelancing. Passion, motivation, and dedication are the fuel pushing us all these years, as well as love for game development, no knowledge whatsoever on how to develop indie games.

Fast Forward to TODAY, our Indie Game Development Journey has reached the first BIG milestone: the release of Chapter 0: Prologue on STEAM 🙏
There were a lot of ups and downs, many moments that threatened to shut down the production, but luckily, here we are! 🤯 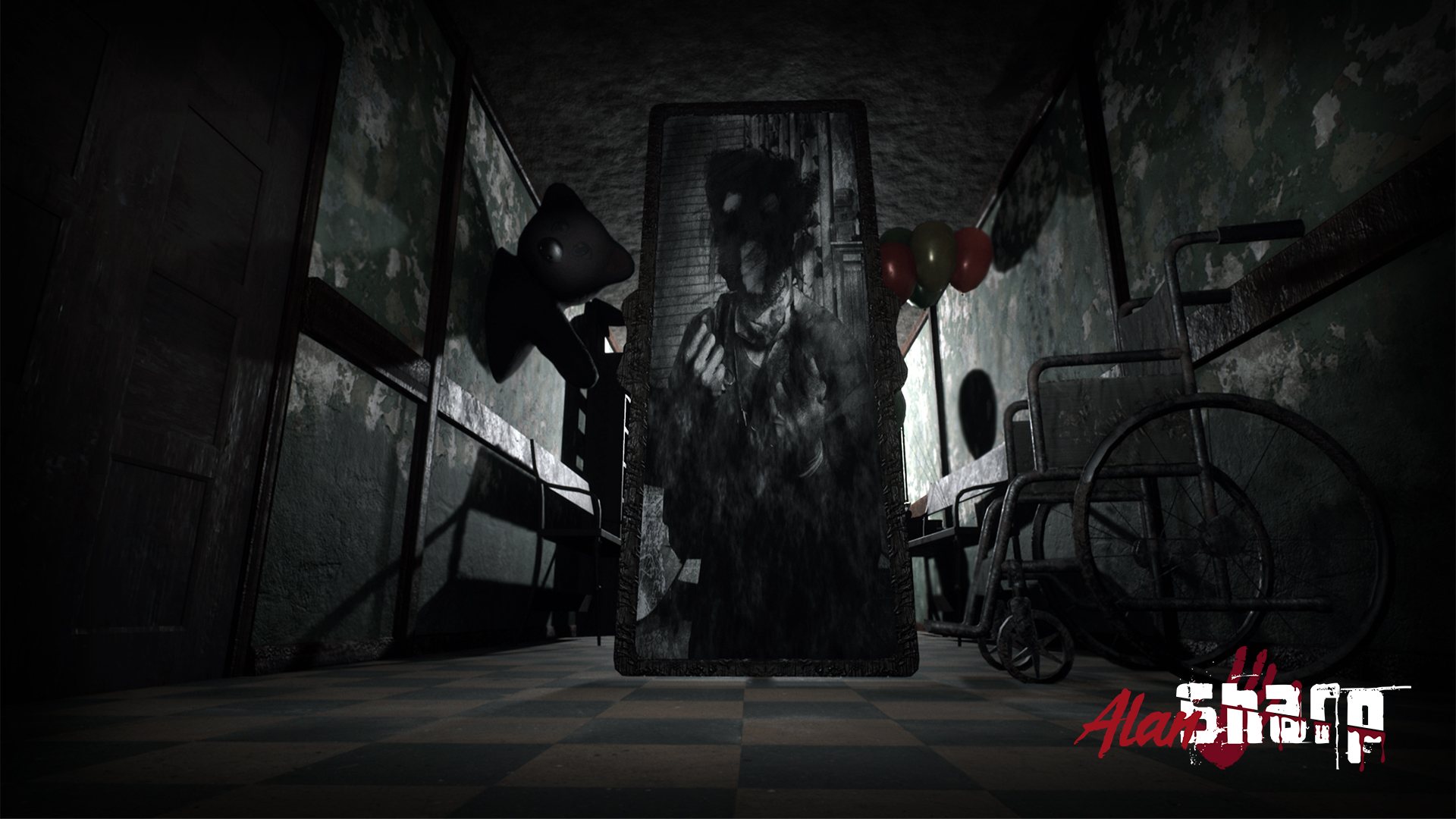 We'd LOVE to thank ALL who contributed to Alan Sharp and made this dream a reality, friends, family and everyone who supported us, including YOU! 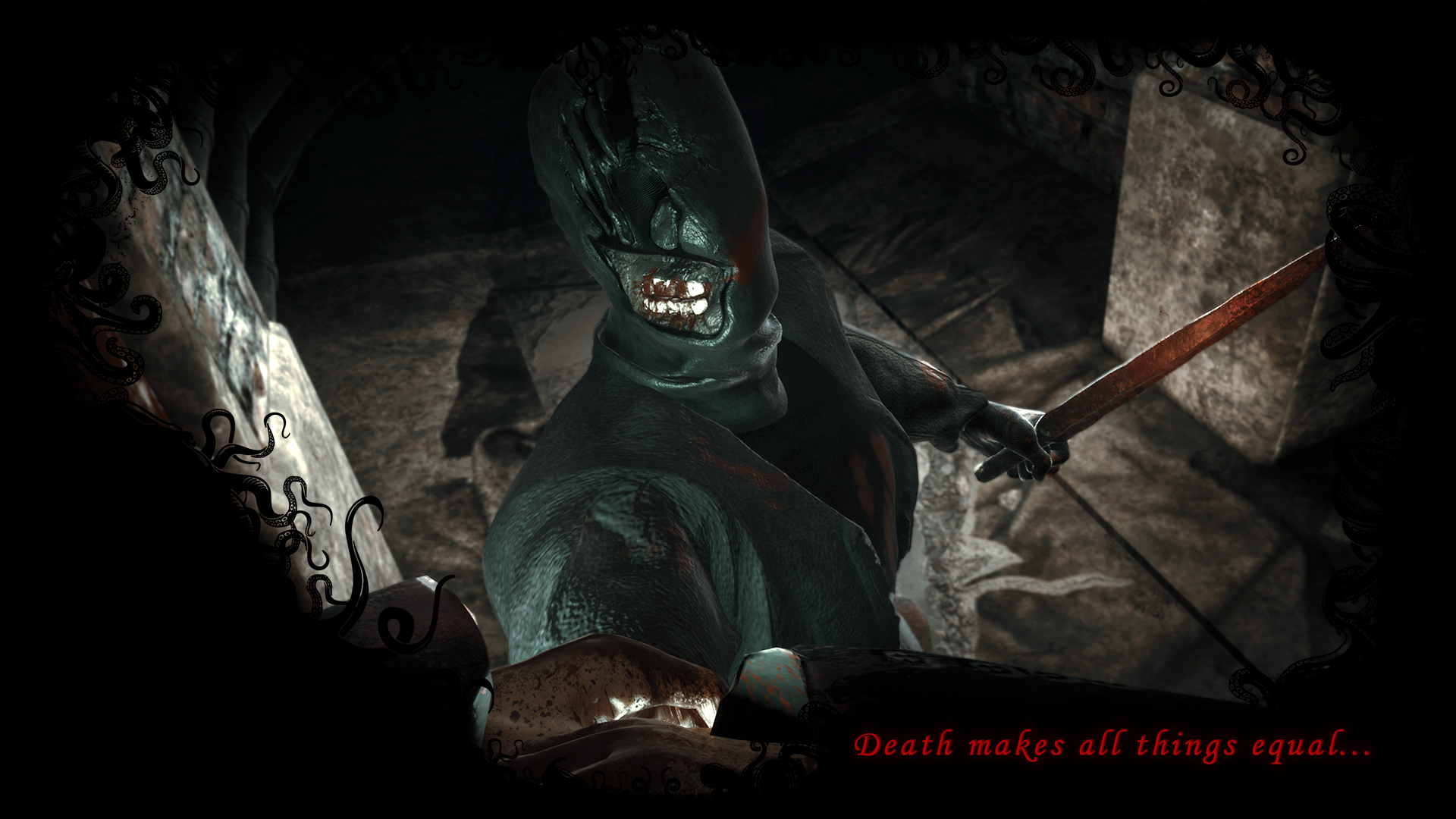 Chapter 0: Prologue focuses on Sam Whithers - a young detective and ex-assistant of the legendary Alan Sharp. Sam is called by a woman Adalyn Garner to investigate a most peculiar murder in the town of Beggers Hole, Massachusetts. 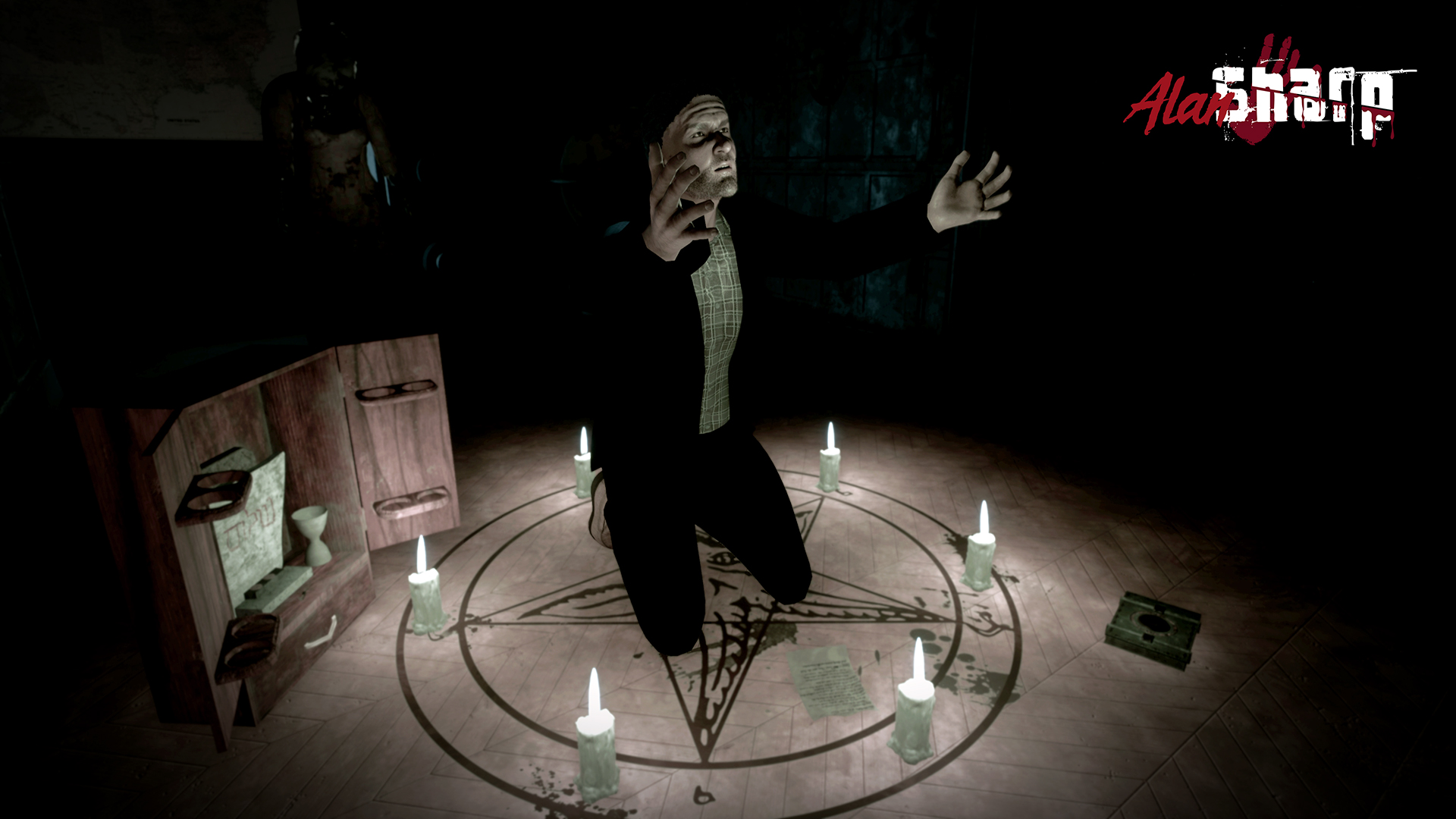 A boy was found butchered in a wardrobe and the parents are missing, of which the mother - Laurel, is Adalyn's Sister. The townsfolk say the famous archaeologist and philanthropist - James Regan, the father, has gone mad, getting into dark rituals and magic for unknown reasons. While some say a cruel murder occurred, others speak of unnatural, demonic events happening in Regan Manor.

As Sam investigates the strange case, he will have to face his own past, his own demons and do his best to uncover what really happened before a dark entity consumes him and hides the secret. 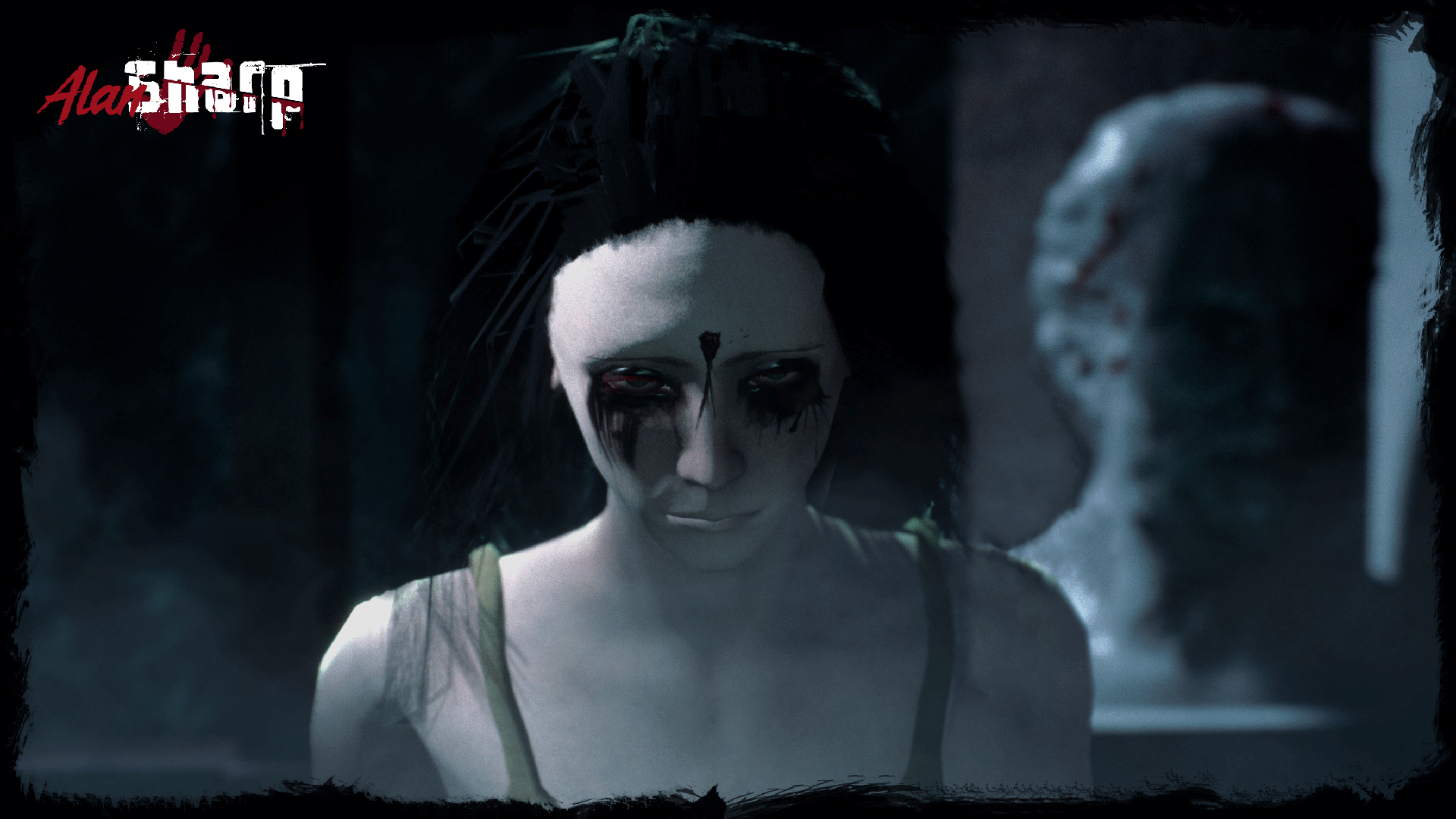 What to Expect of Alan Sharp?

Alan Sharp is a MIX of Horror / Mystery & Detective genres. It's a game focused on immersive storyline and character development. As you investigate, you'll experience:

• Interaction with NPCs such as Dialogue System

YOU are a fan of Horror Games, Detective Games & Puzzle Games, a lover of immersive, deep stories and thriller - then Alan Sharp is FOR YOU. 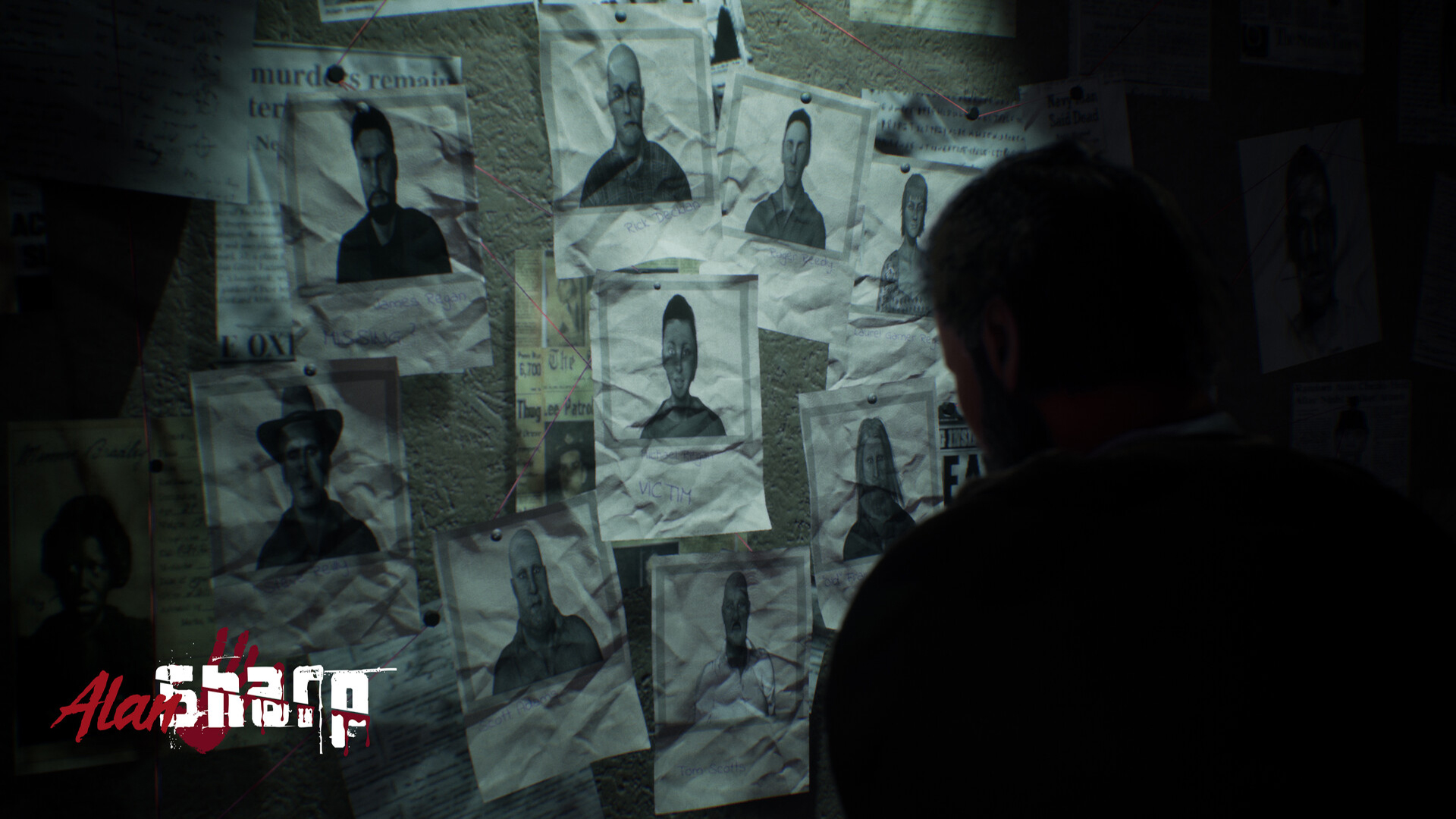 Get it Now: Store.steampowered.com

Hey peeps! A whole system across the game, starting from Chapter 1. It features high replayability, a lot of player choices throughout the entire game...

The story behind the Development of Alan Sharp, the struggles, the hardships, the 5 years journey of two game developers. The obstacles of creating a...

Meet the Developers who create "Alan Sharp" [translated to English]

An English Translation of an interview with the developers from Mystive Studios, working on Alan Sharp - horror/mystery detective game with deep, immersive...

Looking forward to hearing your feedback about it. :)

Congrats on getting on "This week in indie games"!

Thank you so much! It means a lot to us to be featured :D

omg bald people everywhere ....just kidding it looks awesome and very intriguing and really fantastic overall Ijust hope this not going to be the types of game that spoils it mystery with notes and forbbide the players from figuring out it by themselves anyways good luck at your project.

Thank you for the feedback. The Actors got their heads shaved before the recording of the trailer :D, jokes aside, the puzzles and mystery will gradually become harder as you dive deeper into the story.

What can be told from trailer: Good usage of UE4 features to create nice visuals. Interesting manipulation of lights and shadows along with sounds to create horror atmosphere.

However, not much can be told what actual gameplay will be. Hope it will match quality of trailer. Regardless, look interesting to follow what it will look like in the end.

Thank you for the feedback, I'm glad you liked it. You won't have to wait long to check out the demo of the game.

i wouldent mind a trailer or a demo? :)

We just released our Announcement Trailer, hope to hear your feedback :)