Every week, Gamer's Guide to Life will be hunting down and interviewing modders on their works - mainstream, unknown, up-and-coming and interesting mods are put on display as the author(s) answer questions regarding the mod, their line or work and providing deep philosophical insights into the universe, life, metaphysics... In the end, you get to discover or play an awesome mod, every week. Plus, you learn something. And learning is fun.

Every week, Gamer's Guide to Life will be hunting down and interviewing modders on their works - mainstream, unknown, up-and-coming and interesting mods are put on display as the author(s) answer questions regarding the mod, their line or work and providing deep philosophical insights into the universe, life, metaphysics... In the end, you get to discover or play an awesome mod, every week. Plus, you learn something. And learning is fun.

In Development takes place both in a linear, over-exaggerated shooter and thoughts and dreams of the developers himself. Confusing? Maybe. Intriguing? Utterly. How to mix yet-another-Nazi-shooter with the dreamscapes doesn't sound easy, so we had a chat with bluefire40 from IDMT.

GGTL: Give us your explanation of the mod
In Development is about a wanna-be game designer who gets kidnapped by a game developer's family. The game developer had fallen ill, so they needed a victim with a similar mindset of the developer in order for their machine to access the developer's mind. The machine itself could easily be compared to the Matrix, but think of it as a LAN connection rather than an Internet-like connection shown in the Matrix movies. Once inside, the protagonist finds out that the Dements are causing most of the problems for the developer, and so has to allow the Dements inside the developer's secured memories in order to create equilibrium between his secured and unprotected memories. The protagonist accomplishes this by "finishing" each memory of the game. Since the memory doesn't know how to handle the game being finished, the memory shuts down momentarily, allowing the Dements in. The games themselves are highly parodied versions of the genre they follow; anything that an official game of the genre will do will be joked about or be over-exaggerated. 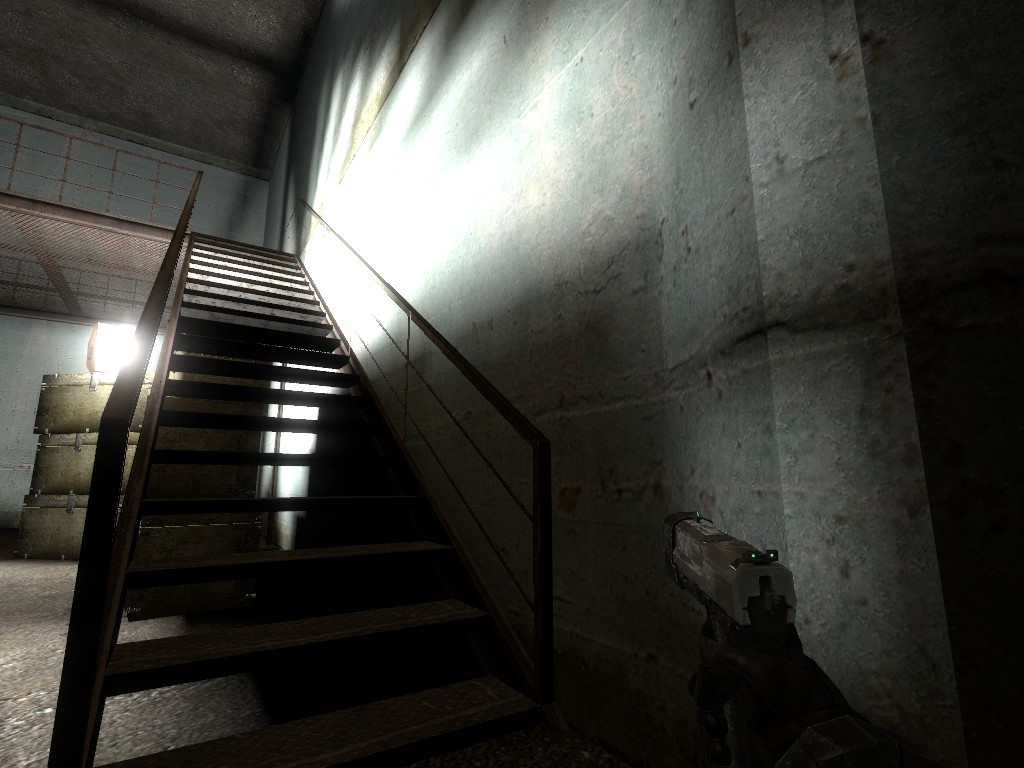 GGTL: Where did you get the idea for this mod?
Just about every single game and mod I've ever played. I've played video games for a large part of my life, and after so many games you begin to pick up on some similarities between them, like "Push to Start" or every other NPC looking the same. There's also zombie behaviours, frequent explosions, dual wielding, NPCs' being there only to give you a quest, the list is infinite.

GGTL: How did you get in to modding?
Simple, I want a job. Near the end of my senior year of high school, I found out that I would have a higher chance of being hired if I worked on a mod. Since I'm a FPS fanatic, I downloaded the Source SDK, bought "C++ for Dummies" and just started going at it. Mind you, I had coding experience before, so it's not like I just starting coding out of the blue! During my last two years of high school I was taking a class called "Programming and Game Design", where I learned Visual Basic, Java, C# and XNA. We even had game design competitions at the end of the year for cash prizes, so there was a lot of effort put into what we made (we really wanted those 5 dollars).

GGTL: How many 'Chapters' are there?
We have 6 chapters planed for the mod, but we may have to trim or cut some out entirely if we take too long developing them. Some chapters are short though, like chapter 4, which is only the transition between the game and the thought areas. It has its own climatic boss fight however, so we have to give it its own chapter instead of tacking it onto chapter 3.

GGTL: What sort of moods will these 'thought' chapters convey? Will they have specific themes, with visual styles to go with?
The thought chapters are going to be more dramatic than the game chapters. In the games we're going to be parodying different parts of the genre, with only brief glimpses of what's going on in the developer's head. When you get to the thought chapters, we can really pull away the curtain and show you (the player) what happened to the developer and why his mind is so screwed up.

GGTL: Can you give us an example of a 'thought' sequence?
I feel like a kid right after Christmas, wanting to tell my closest friends about my brand new toys. I really want to talk all about what happens, but then I'll ruin the fun and mystery of the plot. The closest I can do is give a small description of the transition chapter, chapter 4. The protagonist will be wandering through small hallways until they reach what looks like a train. This is called the Stream of Consciousness, which will take you to the deeper parts of the developer's mind. This will be a perfect opportunity to try out a fight upon a moving vehicle, but this won't be a simple fight amongst other trains. Think something bigger. Like 4 to 5 stories big. 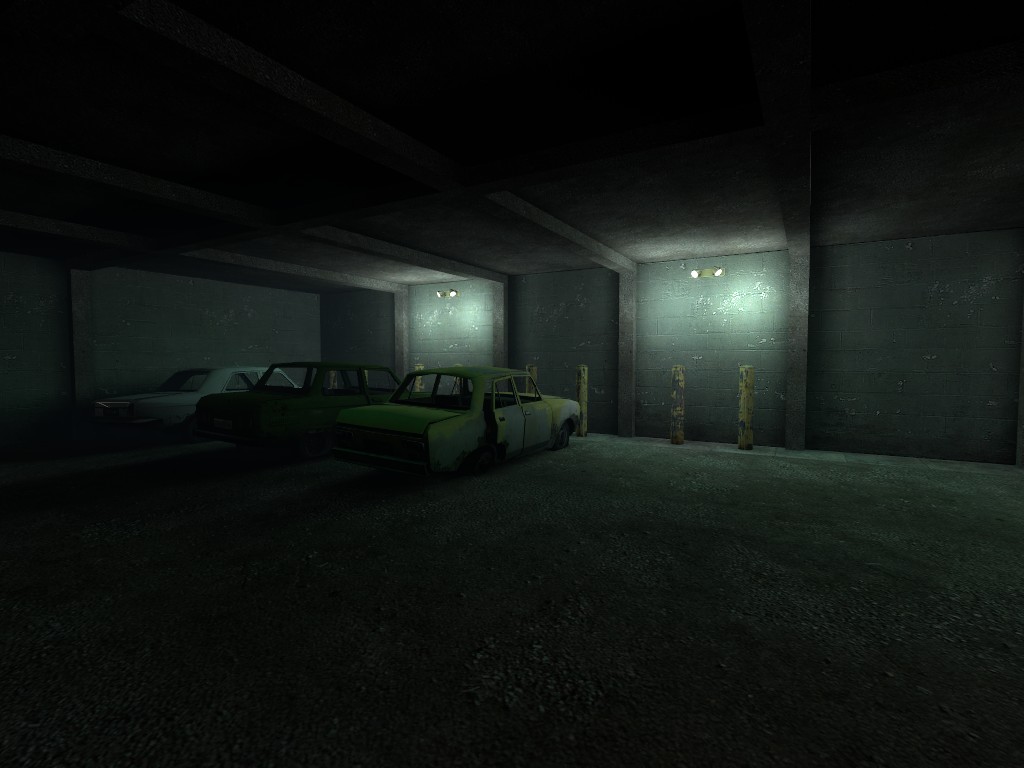 GGTL: What are the Debug weapons?
Debug weapons are ways to let the player fight with something other than bullets. Where's the fun in a game if you're given a choice between a gun that shoots 30 rounds per second or a gun that shoots at 50 rounds per minute, but is just slower to reload? The Debug weapons give us a way to allow the player to fight with different styles, rather than just point and fire. Have a single enemy that's very strong? Use the Step Over. Have an enemy that just won't hold still? Use the Breakpoint. Want to hit a enemy out of your range? Use the Pointer. Currently the Debug weapons are based off of tools used in Visual Studio, but we might extend this to cover all tech terminology. One team member came up with the idea of a Bookmark, which essentially is a Checkpoint and a 1-Up rolled into one. You would plant the Bookmark somewhere, do your business, and if you die you'd respawn right on the flag. We haven't decided to use it yet, but if a way to make it balanced can be found, and if we also find a practical use for it in every fight, then we might be able to use it.

GGTL: Is there an overarching story as to why you're in a developers mind?
Yes, but I'm afraid I can't comment on it much, since I don't want to ruin part of the fun of the mod. All I can say is that the Girl in White is a huge part of the plot. She may even make an appearance in the demo we're trying to release.

GGTL: When can we expect more footage/info?
Personally, I don't like releasing updates unless we have more than enough to "wow" the public. Right now we have quite a few things that could be revealed in a news post, but I'm waiting on a couple of people (myself included) to finish their work so everything can be revealed together. If things go well, expect a new update in 3 weeks.

GGTL: Will there be any Multiplayer component?
The thought has crossed my mind, but I can't really picture In Development as a multiplayer mod. How would the Debug weapons work when they're built to give you a huge advantage? Sure, we could have a wide variety of maps, but how could we connect them all to the theme of a Developer's mind? The only thing that groups our game chapters together is the plot; remove that and the mod will quickly become uninteresting.

GGTL: Are you pleased with community generated around the mod so far?
I think that we have a good community, but they need to be more responsive! I'm always asking for feedback and ideas for the mod since the mod is literally "In Development". I purposely left the design document vague so that team members and people from the community can contribute their own ideas into the mod. The current design issue we are working on is "What is the typical goal in a zombie game? What are you trying to do? Where are you going?" If I can get people from the community to come up with unique ideas for that situation, I'd be very happy. 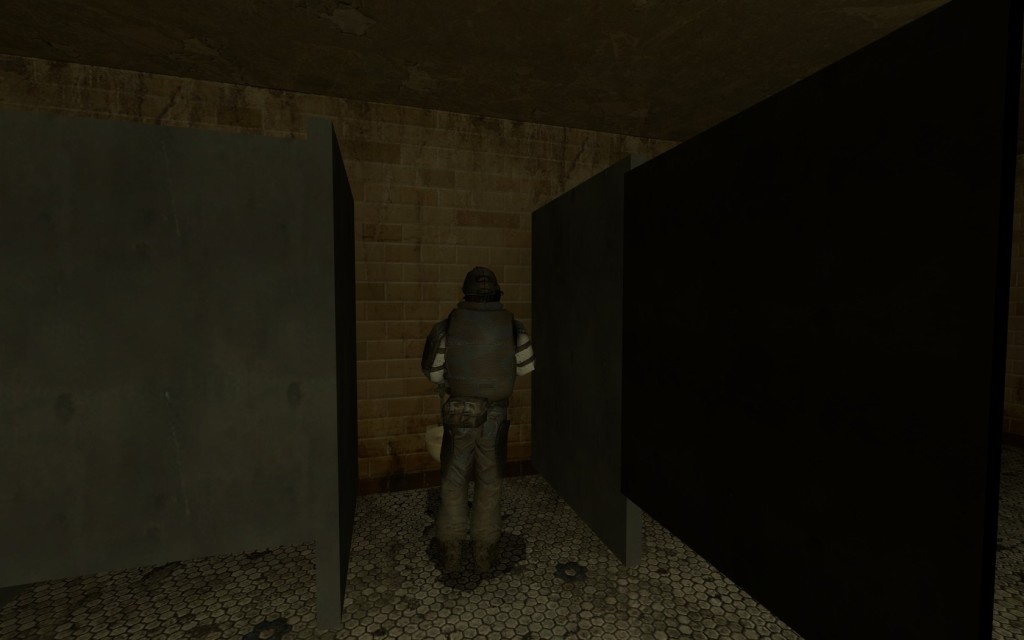 GGTL: What other mods have you played/do you like?
My favourite mods are the ones that make you think in ways you as a player are not used to. Research & Development, GraviNull, and Dual Reality are the ones I like the most.

GGTL: Have you taken inspiration from any other mods?
All those Zombie and World War 2 mods. There are so many common aspects about them that I just had to parody them.

GGTL: What's the plan for the future? (DLC or a sequel, etc)
With the way the ending is planned, we could make a In Development 2 if we really wanted to. However, considering the size and motivation behind the project, I think it's highly unlikely that there will be a sequel.

"What is the typical goal in a zombie game?"

Don't know about you but most zombie games these days deal with either escaping somehow, killing as many zombies as you can, or finding some kind of cure.

Why not flip those goals and make it where zombies are the victims and survivors are running ramped killing and driving zombies out of there homes? That way it turns into: capturing the town, saving as many zombies as you can and killing as many survivors, and destroying the cure. ;)

Also great article look forward to the next one :)

that's exactly the answer i was going to say! :D

Well,I loved this interview!
It just made me track the mod :D

Yay! A mod that makes a parody of all that zombie mods. :)
Another hole has been filled :D Can't wait.

Or, you know, keep supporting In Development. Both are equally awesome.

supporting In Development is definitely the way to go here :)

We shall support both GGTL and In Development!

I like how the picture with the combine on the toilet was just jammed in there.

ha ha, that Combine wasn't ON the toilet, he was standing in front of it! Huge difference. I do believe putting him on the toilet would require a custom animation pose :)