For the unfamiliar, Nor Prime is govern by "syndicates", not legitimate governments. Syndicates follow very closely to cultural ties and center themselves around a particular ideology. These ideologies aren’t usually religiously bound, so they‘re mainly based around the principles of morality, formality, family, and responsibility. 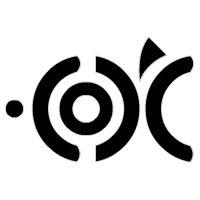 Evolve, Develop, Ostracize, and Control, or EDOC, is an international syndicate bent on protecting people of all races from Ragnic, as well as providing a stable, one world governmental system -- specifically with laws and rules of conduct. EDOC has been in existence for over 10,000 Nor Prime years. For over 326 years in it‘s later years, it used to be a very militaristic force to be dealt with thanks to their Reaver Society, but that hasn‘t been the case for over 13 years. From the creation of Towers, to the defined proposal to challenge the Ragnic, to the formation of the Reaver Society and so on, EDOC is the world’s leading innovator in scientific (biomurrotic) and militaristic actions. Since Hecoy make up the majority race within EDOC, a lot of their customs and ways lead to changes within EDOC over the 10,000 years it‘s been in existence. EDOC represents the present -- the contextual nature in which moments and popular ideologies repeat.

EDOC Prime is the official capital of EDOC as a whole. All significant business relating to EDOC on a global scale is handled here.

North EDOC rests on the eastern region of Marlu, deep in the Northern Flats. North EDOC is in a neutral Ragnic territory, so it’s land mass is completely uncontested. As so, the populace of North EDOC is very well pampered and incredibly rich due to the availability of natural resources.

West EDOC was the last major city constructed by EDOC. It rests in a heavily territorialized region that’s constantly under Ragnic occupancy. Originally, the goal was to have West EDOC operate as a city for Reavers so that they could quickly handle hostile threats in the wastelands. However, after the dismemberment of the Reaver Society, the entire city was demilitarized. It now stands as the backbone for the Ivarian economy.

East EDOC was the first city to be built under the EDOC syndication in Darmus. It stood the test of time, but unfortunately, numerous Ragnic sieges had ultimately took it’s toll on the entire city. Due to the sudden realization that East EDOC was not the proper type of city to create using a similar design to North EDOC, EDOC decided to create South EDOC using newer MPA technology and eliminating the issues that plagued East EDOC.

After the lose of East EDOC, EDOC created South EDOC, the underground city. Using a newer type of Tower design, it essentially was innovating upon every known Reaver oriented piece of MPA technology out there. With it’s great innovations, it was considered to be the most ideal place for biomurrotic studies and MPA development. It is here that Skulls were created.

An offshore prison on Gencoveen. All of EDOC’s most notorious threats are sent here and are locked away behind shock resistant, polyimide cages. 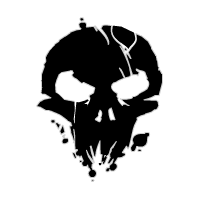 A societal group of highly trained individuals made up of Humari, Hecoy, and Bhacrio -- mostly Humari -- who have dedicated themselves towards the annihilation of Ragnic with their advanced VHEL / MPA based technology. Having originated from EDOC itself before EDOC ousted the whole organization in R.E. 330, Reavers dealt with Ragnic in an upfront manner. 3 centuries after the society’s establishment, Reavers were becoming a growing threat to the overall political stability of EDOC and were becoming a highly volatile group capable of even overthrowing EDOC itself, although EDOC instituted them in the first place. Reavers were notorious for their innovative methods towards stopping Ragnic and their technology, obviously. In the past, many biomurrologist within EDOC and the Reaver Society worked for the Reaver cause; so many types of equipment, gear, and weapons were made to help support the Reavers. Unfortunately, for as long as the Reaver Society had been institutionalized, many Reavers had been diseased with advanced cases of leprosy -- direct and genetically -- and very few of them were adequately treated until the end of the R.E. era -- the institution of VHEL oriented, surgical procedures. The Reaver Society represents the future -- the evolution of ideologies progressing in both predictable and unpredictable ways.

Reaver Grunts are regular foot solders within the society. Many Grunts are required to go through rigorous training to face the many perils that await them in the waterlogged wastelands. It’s no surprise that many of these brave men and women have become diseased with leprosy.

Reaver Elites are known to be highly knowledgeable and well trained Reavers with somewhat supernatural strength and endurance. Elites have been in the society for many years and have been known to love the sense of fear induced into them when faced with overwhelming Ragnic odds.

Reaver Patriarchs, male leaders, and Reaver Matriarchs, female leaders, are the highest ranking Reavers in the whole society. They are recognized by all Reavers despite rank and are treated with the up most respect. Fatalistically, Reaver Arches are known to abuse their power over their respected portion of the society and do whatever they please. Traditionally, Elites who believe they can defeat their respected Arches are allowed to fight them in one on one Tomo Ye bouts. Ex Reaver Arches typically go into exile after these fierce and sometimes deadly fights. 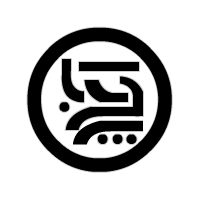 A small, police like group created by the former Reaver Patriarch Kender Seth to preserve the peace of EDOC’s organized colonies and maintain the monopolizing syndicate’s influence without any complications. Scouts aren’t so much warriors as they are bodyguards and peacekeepers. Many are Hecoy and have very little combat experience except for their basic Ragnic protocol training. It’s not surprising to say that many Scouts have been bribed or have made deals on the side to some respected organization for some gain or another. It’s with this almost corrupt fix to the Scouts that have made them both the common ally and enemy. 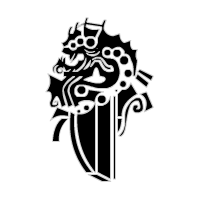 A mercantile industry designed to create relations between local Bhacrio dealers, chiefs, and couriers, with public and private industries, in an organized manner. The Trade is exactly how it sounds; people come together and trade various items between one another with proportional values. Thanks to the Trade, many essential tools, parts, and equipment have been placed into circulation that have literally helped EDOC many of times before, to stabilize their own growing economic needs. Since the Trade is a neutral establishment, it does not moralize the trading of it’s goods. EDOC fears that any type of take over of the Trade would ultimately isolate itself and decrease it’s own popularity -- a thought that EDOC, as a whole, does not wish to entertain.

An individual who carries and delivers “packages”. This includes -- but doesn’t exclude -- parasites, weapons, food, equipment, smuggled goods, or information gained through espionage. Couriers make up a large percentage of the Trade, but their operations differ dependent on their chieftains, their competitors, and their donors. Couriers are sometimes referred to as “demons”.

Courier coordinators are responsible for organizing diverse parts of their courier company or group into a coherent and efficient whole. They’re allowed to deviate from the orders given to them by their chieftains and freely operate based upon their company’s present situation.

Courier survivalist are responsible for caretaking packages, as well as perceive coming disasters. They’re burdened with the difficult task of exploring the field with or without a team to accomplish their task.

A person with the most authority, or highest rank, in a courier company or organization, who ultimately commands everyone. Chieftains generally own the companies they are in charge of. Instead of being out on the field, however, chieftains focus on diplomacy and haggling. Donors have very little respect for courier/marauder companies lacking heavily experienced chieftains, so the notoriety of a chieftain almost literally decides the value of their entire company, as a whole, from a business standpoint. Chieftains are sometimes referred to as “devils”.

An individual or company whose business is in trading and exporting goods. Donors are the meat that fuel the Trade. Without them, there would be no goods for couriers to transport, nor any goods for marauders to take. Donors are commonly known to invest heavily in courier companies, both freelanced and organized, issuing promises ordinarily entailing their own products and goods for payment. On some occasions, donors hire marauders to sabotage rival donor companies to further improve business.

Blacklist couriers known to carry out violent attacks or looking for plunder, or to raid a place in search of goods. There are two known types of marauders: organized and corrupt. Organized marauders are technically couriers who are directly assigned to intervene packages from rival courier companies. These marauders do not like to break the law, nor kill to get what they need, but they are known to work within the loopholes of the system. Corrupt marauders do whatever it takes to find goods and trade them to foreign traders. Rarely is a corrupt marauder apart of an organized courier company, so their own actions are entirely contradictory to that of an organized marauder. Marauders are sometimes referred to as “fiends”. 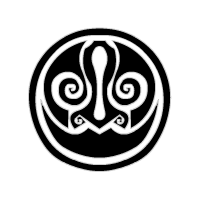 2 centuries ago, Bhacrio heavily populated Ivara and were the majority race on the continent. When EDOC chose to establish West EDOC in the bustling wastelands, many Bhacrio were outraged and felt threatened by the occupation of EDOC. This obduracy and blind rage turned into a cult upbringing against EDOC. These Bhacrio were called “Ban’Tiens” and practiced ecoterroristism to expunge EDOC from the region. Unfortunately, their efforts became futile due to retaliation by the Reaver Society, who outmatched the Ban’Tiens with superior weapons and coordination. Ultimately, the Ban’Tiens caved into their own desires to resist the world and began to divide. The new Bhacrio generation born into EDOC’s occupation of Ivara found little reason to resist the promises given by EDOC, so many left the Bhacrio centric regions of Ivara (such as Mt. Kastinova) to start a new life outside of their cultural ties. Other Bhacrio who persisted to hate EDOC ultimately grew more and more isolated, carrying on the Ban’Tien name, but with little incentive to fight back. Those who felt otherwise, did, but these individuals were easily crushed under the omnicompetent might of the Reaver Society.

By R.E. 315, the Ban’Tiens were a near nonexistent group and membership was waning, so to speak. EDOC made sure that such a group could not be formed again, so it thoroughly made sure of just that. Using the newly developed Skulls, EDOC had the Reaver Society commit mass genocide with horrific results. Due to this, the Bhacrio populace declined severely, forcing many to collectively side with EDOC or otherwise face eradication as possible heretics. This deviant act by EDOC and the Reaver Society has created a rift amongst the Bhacrio people and continues to divide this once strong race.

For over 70 years now, various independent companies have competed against EDOC in an effort to remove some of the monopolizing influence the megalomaniacal organization has over Nor Prime. With the fall of the Reaver Society at the dawn of the new era, these once desperate companies have begun to flourish with the aid of the Trade. To most, these companies are viewed less as rival combatants wishing to take up EDOC’s once admirable ambitions, but simply trying to make a name for themselves. In this regard, people simply know these independent business as “donors“.