VHEL is a 2D, story based, stealth focused, real-time tactics game (RTST) set in a science fiction world known as Nor Prime. It follows the exploits of a young Bhacrio girl named Khana Faust, a courier in the southern region of Ivara, who undergoes strange metaphysical changes from a parasite known as VHEL, originally used as a means to power a destructive anomaly known as Skull over 13 years ago and also a parasitic commodity amongst mammoth-like hydrozoans known as Ragnic. As Khana, the player will explore the continent of Ivara in a rudimentary day to day simulation of her life as a courier while also engaging in confrontations with Ragnic -- usually within an evasive fashion -- during company-given contracts (missions), using alien tactics and strategies unique to this world alone.

Players are also introduced to a wide array of characters, situations, and events that not only challenge the player’s own modern perception of life, but also the player’s own morality, fortitude, endurance, loyalty, diligence, and problem solving skills. As with this, the player will learn about the world from many sources, slowly understanding the rapidly changing events taking place in Nor Prime daily (e.g. Ragnic occupation, EDOC‘s deterioration, a mysterious string of assassinations, the good and bad of courier life, etc.). With a focus on player driven progression, involvement, and immersion, VHEL eliminates the lesser commodities such as menus and the use of a traditional HUD system, to minimize the relapse in continuity from situation to situation. Needless to say, VHEL is the near equivalent to playing an animated movie -- the forefront of VHEL’s design and uniqueness -- using it’s cinematic presentation as a tool to captivate it’s audience with a distinct focus on timeless details and durability.

For many reasons, VHEL was meant to serve as a game with an indiscreet point of view about good or bad, saintly or demonic, morality or logic, etc.. People, in truth, are not branded as pure evil or never being the type to do bad things. Although these stereotypes and archetypes do exist, its not uncommon to know someone who’s gone down a bad road and has changed for the better. Likewise, it’s possible to find someone with a good heart forced or willingly doing bad things to others. This is the preconceived notion behind most of the characters and their motives within the game; everyone in the game falls in the “gray area“, comparable to the gray overcast that filter the skies of Nor Prime. This is VHEL’s entire aim and goal: to allow the player and the game itself to be affected by the choices and decisions one makes to the other. Its with this and the attention to player driven narrative, that allows VHEL to be not only a game you can play, but a game you experience and grow with. 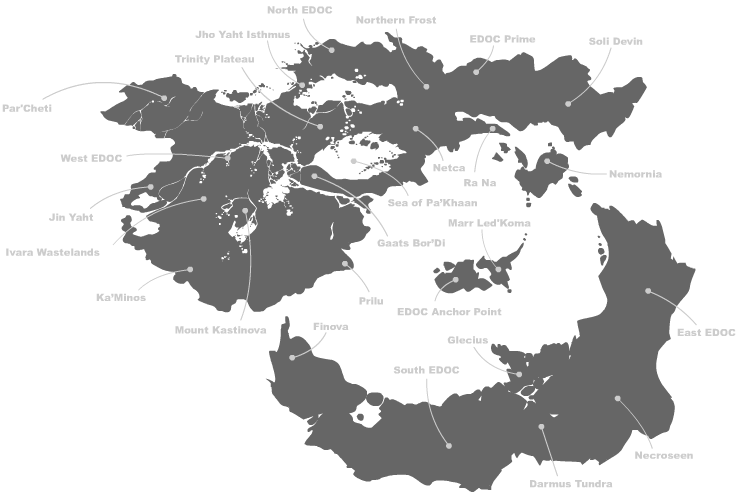 The World -- Nor Prime


VHEL takes place in a world known as Nor Prime, a waterlogged planet with rainfall almost ¾ of its orbital year. It pertains two moons: Eroda, a turquoise moon 0.3 times smaller than Nor Prime, and Raa’Corda, a reddish moon fairly 0.8 times smaller but closer to Nor Prime in comparison to Eroda. According to EDOC’s historical documentation, Nor Prime is almost 2 billion years old; a relatively young planet within the Yox Krim’Ba solar system. The people of Nor Prime are a collection of 3 diverse races who have created many formal and traditional customs around the planet’s overabundant source of water and Ragnic infestation. These races have slowly evolved various attributes due to their origin of birth. Due to Nor Prime’s distance to it’s star (sun), Sy Ra, Nor Prime’s surface temperature is fairly low, allowing it to be a hospitable world to various vegetation, although greatly populated by fungi. However, due to the overcast lingering within Nor Prime’s atmosphere caused by excessive precipitation, a natural greenhouse effect comes into play, increasing the surface temperature to a noticeable degree; the clouds literally trap the heat from the sun. Nor Prime is governed by a one-world governmental chain/ syndicate known as "EDOC", short for "Evolve, Develop, Ostracize, and Control". EDOC's purpose is to rid the world of Ragnic, the hydrozoans who roam the skies, the seas, and the surface, in search for food of all kinds.

Thanks for voting and helping VHEL - Courier on it's quest to become the 2021 Indie of the Year. You are now in with a chance to score some free games. Help this game secure more votes by embedding the widget (or link) we have included below on your favorite sites.

To think the last update was over 4 months old...

I hope everyone has been well, as like many others I know. 2010 is a pretty big year not only because it's the start of a new decade, but because the playable Alpha build for VHEL Courier is "supposed" to come out later this year. How affirmative is this at the moment? Somewhat. Unlike the Alpha build, the Final build will, unfortunately, be pushed back to a later date. So essentially, you'll have to wait the long wait for any new news for a finalized release date. In the meantime, however, A LOT of new information is going to make it's way almost daily.

Since I've lasted posted, a lot has been worked on for the game. Systems have been pulled or reworked, characters have been revamped with striking new details (everything on Mod DB for VHEL right now is a lie), voice actors have been acquired (good ones), storyline events have been polished, new tech has been acquired, music has been getting better and better, and a barrage of other delightful, if not eyebrow-raising things have been on the rise. New feature updates, along with improved art, will slowly replace older assets in order to showcase progression thus far, so don't worry about missing any of the goodies. 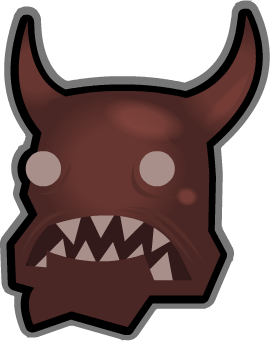 Though the logo design is in need of some work, we finally have a team name! Maybe it's not the most original name in the world, but hey, it works! Nevertheless, this will be our identity as we continue on with game development and work on future additions to VHEL.


Around November, I had taken the liberty to find the best possible voice actors for VHEL. Though it took several months to eventually rustle up a cast for the main set of characters, excluding the 30 odd roles yet to be filled, I have to admit, the wait and effort was 100% worth it. You can see the official list for VHEL: Courier's voice over cast in the new "Voice Over Cast" feature. Working with the cast like this is very rewarding since each and everyone of them provides input, a level of commit equal to my own, and strives for excellence.


Previously, my focus was on creating a vastly immersible experience more along the lines of Ico where the atmosphere made most of the experience. Though my focus is still on making VHEL largely ambient and memorable in this regard, I do realize the faults to having a very minimalistic game that has 0 re-playability. Due to a number of other issues that hindered the game from even being genuinely fun and addictive to progress through, I tweaked just about every system I had on the table, and then ramped up the chaos to 11. The results are, at the least...interesting. Everything new about VHEL's gameplay is in the revamped "Gameplay" feature.


At this point, the lore to VHEL is a razor sharp dagger capable of splitting a long strand of hair into two. In a word, it's "deep", and very, very complex (in a good way) considering how thorough it is. VHEL - Courier currently has 60 characters who you'll get to see and interact with, which is pretty insane considering that every single one of these characters are fully voiced, animated, and contain their own unique back-story and purpose. I pride myself on character design and creating something that others can come to love (the cast seem to enjoy them a lot more than I do, at times =P), so putting in the absorbent amount of time needed to personalize all these characters is 100% worth it.

As far as the main storyline is concerned, it's gone through more changes than I originally expected. What was meant to be a 300 page script is now turning into a 700 page script, which is roughly 12 hours of pure dialogue with voice overs. The script is written in such a way where the team can insert very pick-up-and-go situations that don't interrupt the fun of the gameplay, but make it possible for us to do very interesting scenes. Having refined the event system (VHEL's secondary form of game progression), the game length is definitely more than what I had expected.


From this point on, all information about VHEL's development will be out in the open. No more round-the-bush planning or teasers; we're gunning for the heart. As so, you, the supporter or onlooker of this project, can give your own personal advice, thoughts, opinions, or ideas, so that this project can grow WITH the community, versus being something that's almost entirely developer dependent. Beyond myself, it's clear that many individuals like what's here, so I don't see many reasons to cut those same individuals from getting the most from the project.

More "How it's made" dev videos will go up along with some of the things Tij and I develop in-game. Hopefully, we can create a strong enough community that not only effects some of the aspects within the game, like the art and the lore, but also the quality of the game towards the end.

Thanks everyone for your time, again! More updates will be coming your way, so stay tuned! =D

Sorry AGAIN for missing last weeks update. I simply had no time on my hands to deliver an update. Luckily, you're all getting twice the serving this time...

October 23rd - A lot to do and manage

We're currently working on the underlining design and code for VHEL. Most of it is just about done. It feels like nothing's really changed for the longest...

It's been a long while since I've had to do an update on VHEL's Mod DB page. As many of you can see, we've revamped the front page (a big thanks goes...

Seriously man? is this dead? =\

Yeah, apparently this project went the way of the dodo.

So, any news about this project?

Everything about this game sounds and/or looks awesome. Except that it's on Flash.

Very original. Keep it up!

looks very very great!!!
will this be free? or will i have to buy it? either way i will get it^^

well glad its not dead

It's most certainly *not* dead! I am thrilled about Van finally choosing that you all really should see the developement, instead of keeping it in the dark

Would be wonderful if people could spread the word a bit y'know ;o