The idea of creating this mod grew out of a simple transfer of Rome Total War: Barbarian Invasion addon to the famous Mundus Magnus map, but almost immediately it became obvious that this change requires drastic changes in balance, units and faction rosters, as well as buildings and resources composition. Gradually the number of changes reached a huge value and the result was very different from what was originally intended. Thus, having started as just another BI minimod, it went towards the complete overhaul of the game, starting from the units and ending with the gameplay. 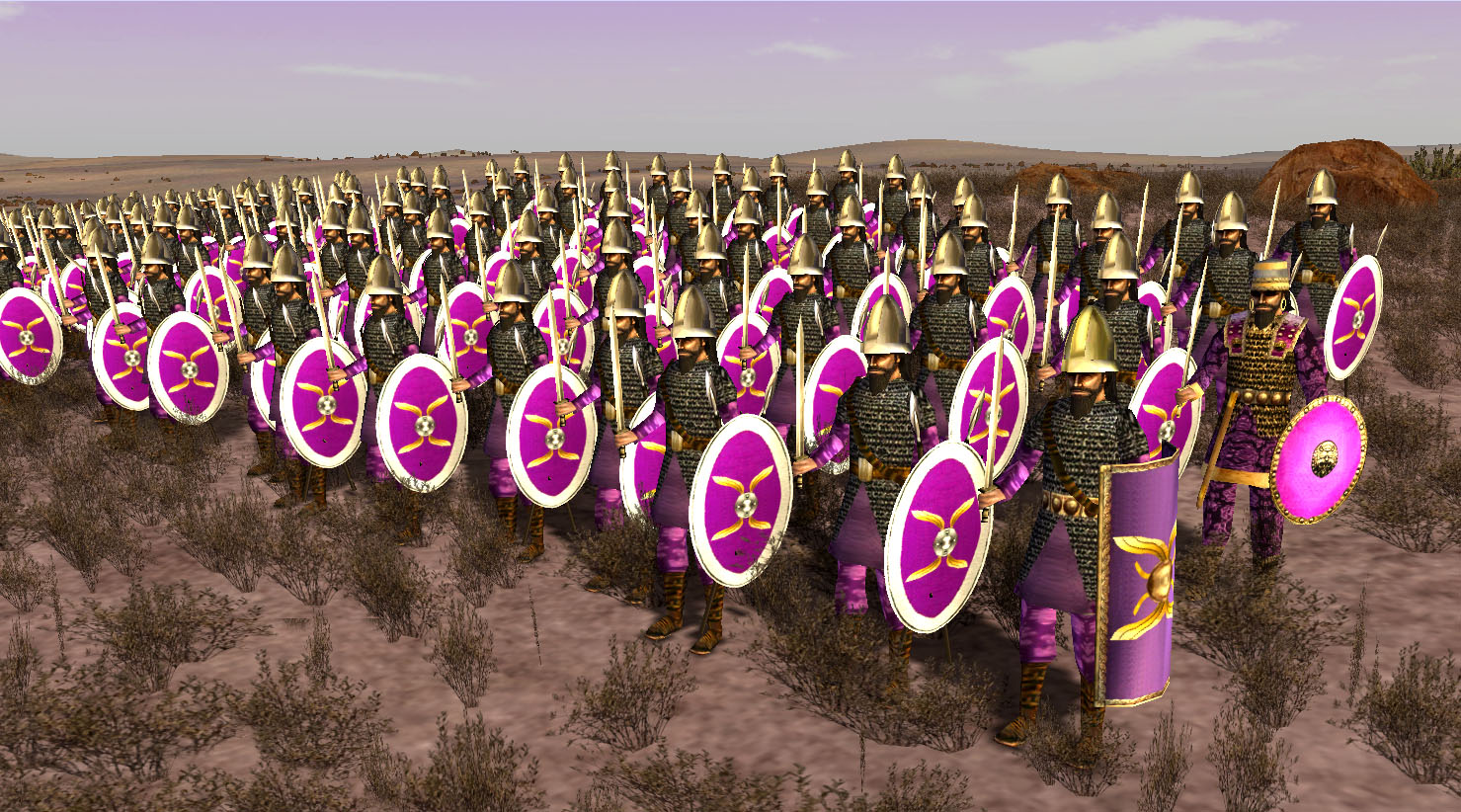 One of the key features of the mod is the full overhaul of absolutely every faction to give it its own unique look and gameplay. This wasn't an easy task to do at all, because historically the most factions in the mod share the same nature and origins (germanic), having the same mythology, religion and way of life. Original game, Barbarian Invasion, hasn't even tried to solve this complex designers challenge, simply making hordes of clone units recolored in different faction colors. While in Scorched Ground mod, if you play, for example, as the Alemanni tribe, you will not find a single repeating unit in other faction rosters, even similar purpose units will have a different look: the Burgundiones Night Raiders will look different and have different stats from the Frankish night raiders. Each squad has officers and/or standard bearers. For some units (mostly elite ones), unique officers and standard bearers have been added, which exist in the game only for this specific unit. 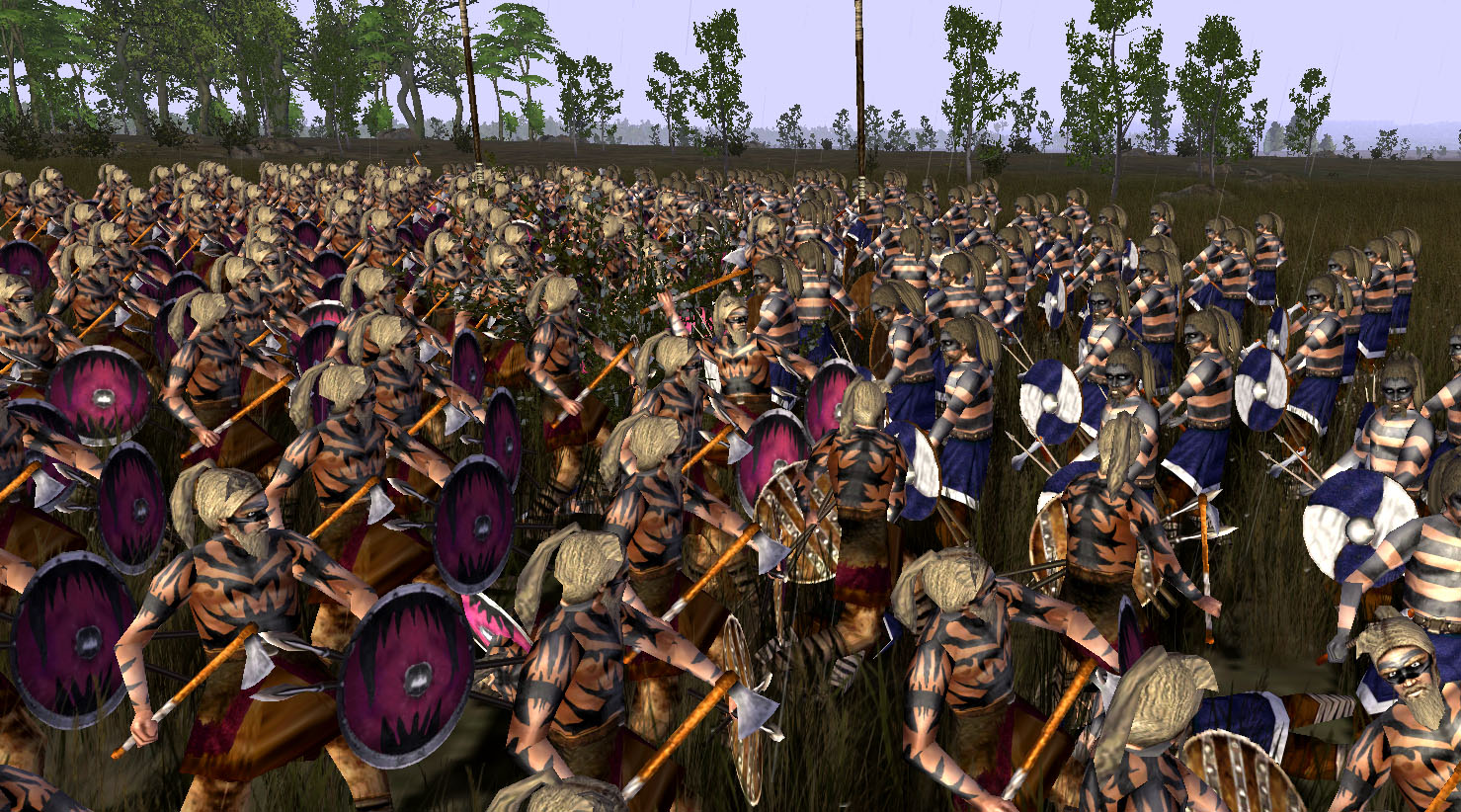 Each of the barbarian factions will have its own flavor and cultural differences, with some of them looking more "wild" and aggressive, using animal pelts, exotic warpaints, leather coats and crude shields, while others having more "settled" and developed look, with more advanced weapons and more standartized equipment, representing historical features of each tribe surrounding fading Roman Empire. A lot of them shared the roman ways of warfare, even forcing romans to adapt to their tactics as the roman military machine became to crackle, while some remained closer to their "roots", which makes them look extremely intimidating on the battlefield. 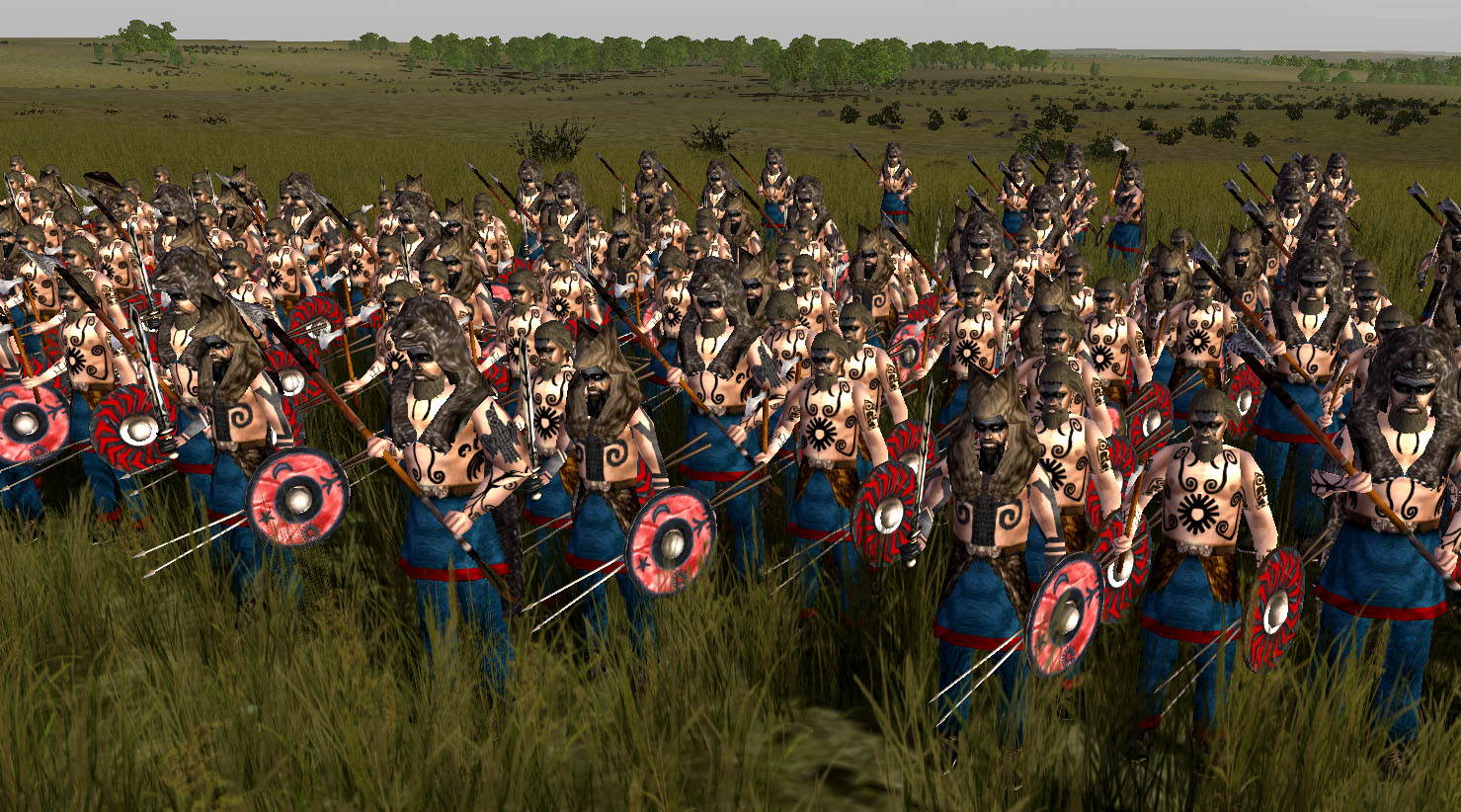 Another immersion feature of the mod is unique and rich music sets for each culture. They were collected from hundreds of various sources and carefully blended together, serving as an integral part of the mod, as the music perfectly captures the dark atmosphere of the decline of the Roman Empire. Together with the grim strategical situation and barbarians coming from all sides, this serves perfectly well to move the player right to the point of the historical context. 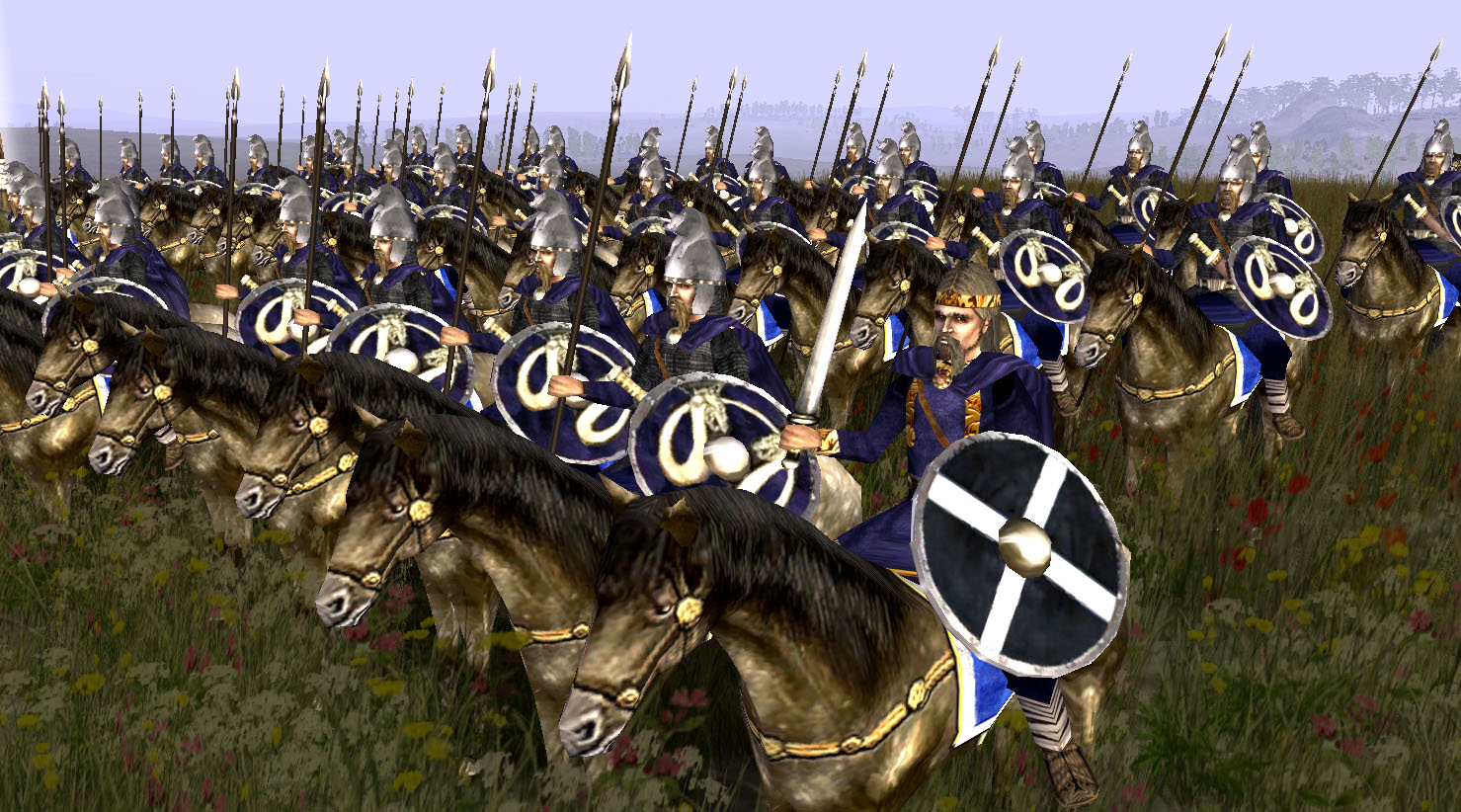 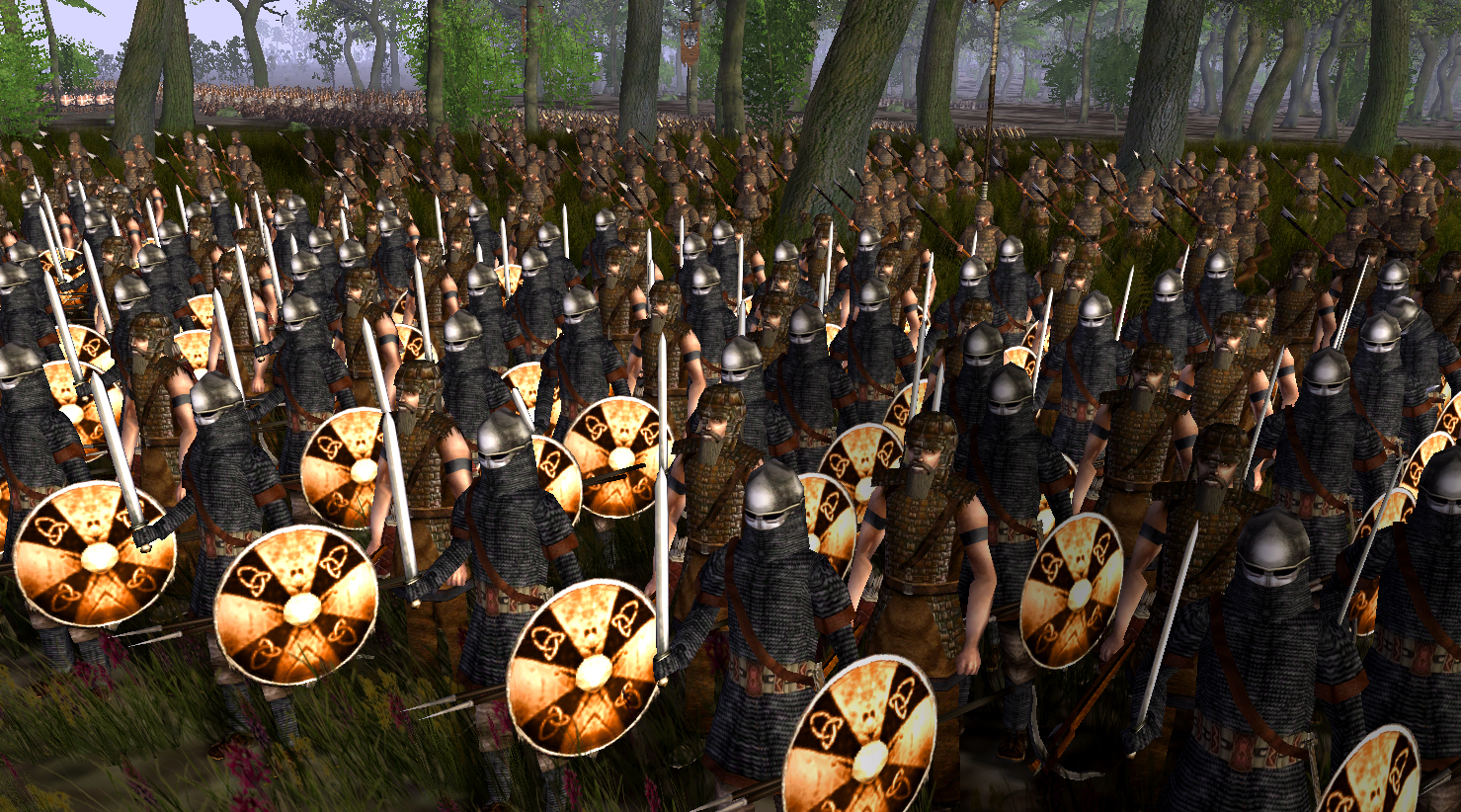 The third key feature of the mod is a complete rework of the game balance, both strategical and tactical. On strategical level, a new faction has been added to balance the eastern front - the Sassanid Empire Rebels. This makes Sassanids more occupied on their inner political matters, as it was historically, and prevents them from plundering the riches of the eastern side of the huge Mundus Magnus map too early. On tactical level, hundreds of little changes were done to tweak units stats and roles. There are no junky placeholder units in the mod. Each type of units is a full-fledged tactical unit with its inherent combat characteristics, strengths and weaknesses, ranging from low-level units to the elite troops. The number of tactical combinations on the battlefield has increased many times since the rosters of all factions now contain at least 16 units, and there are also giant complex factions in the mod, the empire ones, whose roasters consist of at least 50 units, including regional versions and auxiliaries. 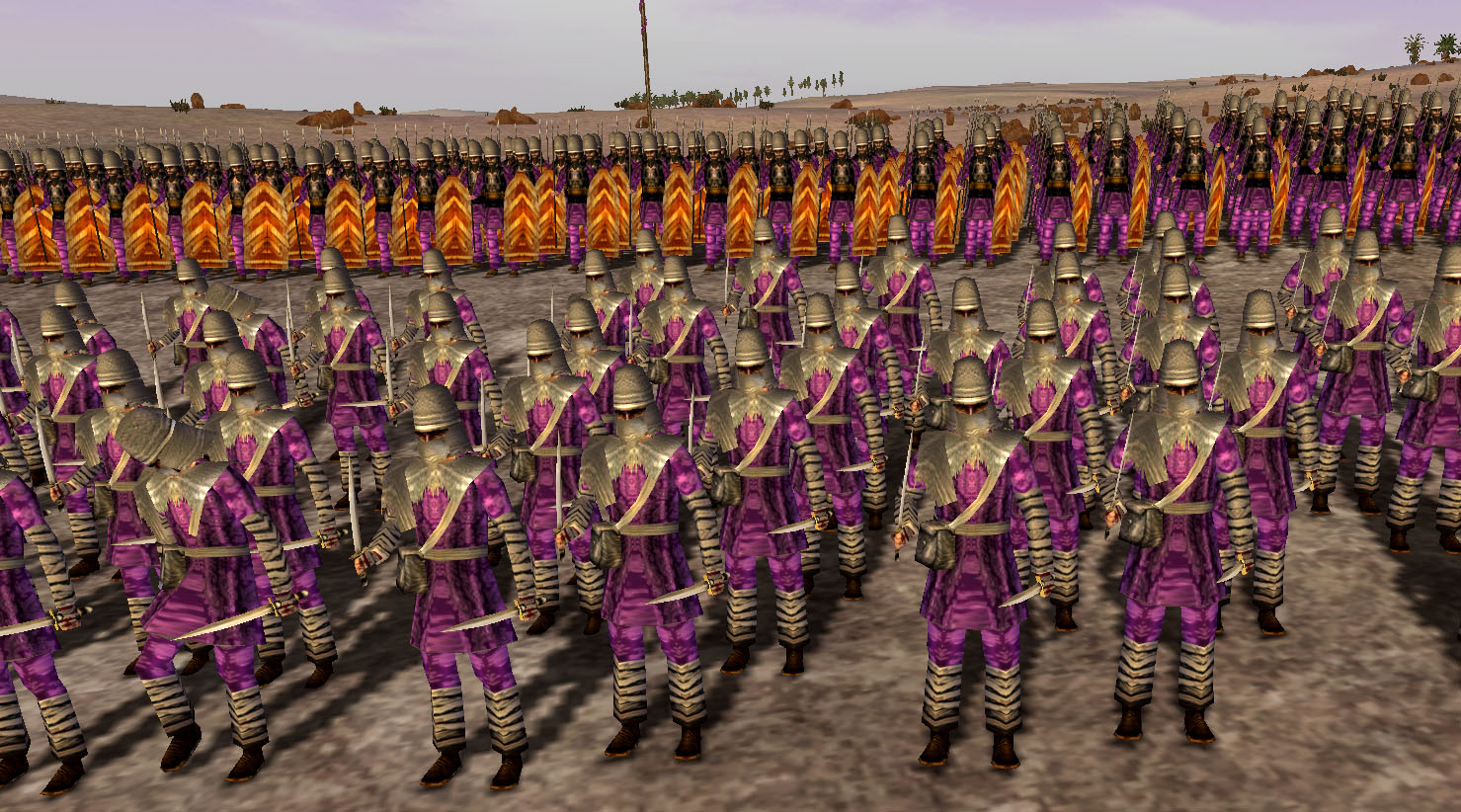 The mod keeps "moderate" historicism approach. While a lot of details added are vastly historically accurate, some details had to be sacrificed in favor of a better balanced gameplay. The mod does its best to eliminate shortcomings of original Barbarian Invasion, but at the same time tries to not go to the other extreme - too excessive realism and historicism. The troops of this era will be for sure pretty easily recognizable for any late Roman Empire history fan, but at the same time they will have a share of mod's own style, vision and taste.

The mod works on Rome Total War: Alexander's engine. This means that BI features like hordes, swimming and BI-specific formations (shiltrom and shield wall) are gone, but the amount of soldier models is hugely increased in numbers, more than twice as much, raising the available unique model slots to 512. To complement the removed hordes feature, hording factions received cheap mass units which are very easy to raise, serving as a semi-horde mechanics.

Each faction will have its own military doctrine, meaning the amount of technological development and cultural development will be different and will affect gameplay. Some barbarian factions will be able to adopt christianity and become much more "civilized", receiving better quality equipment and more disciplined units and better economy in return, but losing some degree of unit morale and their "wild" boost to stats. At the same time, gameplay experience as the tribal/nomadic factions will be very different too, offering new possibilities and challenges, tied to herding and pastures more than traditional farming unlike most other factions.

Thanks for reading this preview article! Feel free to leave comments, suggestions and criticism as any feedback is always very important. As of now, faction rosters are almost complete, and the mod development is focused around new traits, buildings and campaign strategical gameplay.

Can't wait to play this! It looks soooo good!