UA mod team investigators have discovered an ultimate top secret UA team private discovery. Friday, December 28th, 2012, non scientists have not made an ultimate super duper elixir to the truth behind the scenes of the UA mod team superior release. They have revealed it this day.

An Ultimate Apocalypse Team member known as Cosmocrat was the first to think of the idea, planted in his mind were these words of epic upcoming ideas:


Cosmocrat wrote: I am going into fixing some of them older meshes including reaver and stuff so we can update them in the next patch and maybe release one day some kind of Grand Release Gold edition with EVERYTHING beeing glitch and bugfree finally and for the sakes of easy-installation.


But it is not yet official as of what is going on. Perhaps one day, the so called Ultimate Apocalypse mod 2 will be the candidate of completion. Lord_Doofus, developer of the Ultimate Apocalypse mod on MOD DB will state otherwise, that he will only continue this mod if it is doable enough to venture further, "donations, as it is the only thing that keeps me going from being uninterrupted from my real life, making a steady relationship with my girlfriend, start and finish development of my own game in the future and finish College at last." - Lord_Doofus

And so, here it was, the Grand Release 2012 ready for download. I guess most of us cannot even imagine the greatness of the future upcoming Gold Edition. 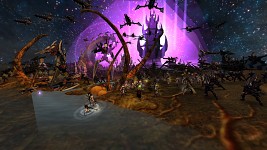 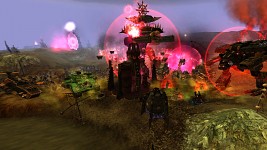 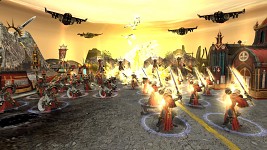 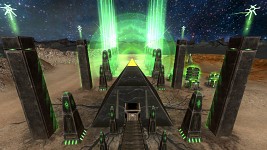 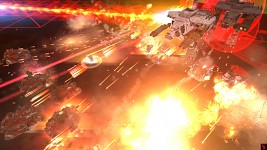 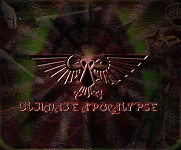 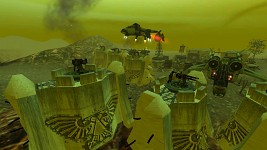 Just hit a home run here! Lord Doofus was so excited he let slip this...

Well, I hope that if this mod is gonna have another release, I hope it's actually balanced and have minimal bugs. Like say, proper descriptions on units and structures, a fair start up for every race. Just make the mod actually proper and more professional, then I won't have any complaints.

The balance as is in this mod for all races are almost or close to fair. 20, 30, hell 40 games I played already and it is confirmed that all races can take on all races besides the abused ai on the Necrons and Daemons.

Titans can be EASILY decimated alone compared to the early betas, melee attacks dodging the titans attacks as titan armor is much weaker now, and even more so, relic units or specific anti titan units and anything can take down titans with time, yes, but hey Titans cost 2000 requisition and TONS of power with relic resource requirements. They are a challenge, but balanced. If you do not like titans or higher tiers, restrict them via winconditions.

But yes ucs has some typos in many places, I am sorry that doing up ucs for 300 units is boring for me but it will be fixed. Next release is going to have a lot of minimal bugs.

I elaborated what I meant in a message I sent via the "contact" button on the mod page. It sent it to tyrant army me thinks.

This mod is 90 percent of the way to perfect, just needs some polish now for the various loose ends to really stand out and possibly get moty #1 next year

This is the Game/Mod that could'nt be officially modded & incorporate Titans! This was Relics/THQ stance on this subject years ago & now Lord Doofus proved them wrong! You should all appreciate him & the UA Team for an outstanding effort & a job well done. If not for them, we all most likely be playing other mods such as Command & Conquer or Wee Wittle Fishy! heh heh Enjoy, These mod makers & mods like this R extremely rare & you most likely wont see another like it for a long, long, long time! Congrats UA Team, looking forwards to the next Gold Edition or UA 2, keep it coming!

This mod only has some problems in unit descriptions.

Can you please take out that superweapon that can destroy the entire map? that one with the "WIN" written under it?
Because its awful.
And please make the dark eldar titan more powerful or something because frankly it is quite useless.
And randomized slugga and shoota heads like with chaos pace marines (and not sure about space marines but if not you should add that randomized stuff too)
Can you make new tanks and looted vehicles for orks? i dont know much about modding but i suppose it shouldn't be difficult to chop different parts of already existing ork vehicles and stick them together (being orky and all that)
And grots, and scarboys (like nobs but with slugga weapons).

Also what about the sobs? could you take an average sister and create new units by giving them different close combat weapons, halos and those speakers that look like little angels (the ones over the buildings and tanks)over each shoulderpad or you know, something medieval looking.Maybe you could add a new tipe of squad using the model of the repentia mistress, changing the whipes for guns and swords. No offense meant your mod is amazing and a ******* blast to play (no pun intended) but the little shinny angels things, that special melee unit and the super duper angel are kind of **** looking (could you take a land raider or a imperial guard big tank and add big organ pipes and banners, sobs icons, flamers and speakers to them? because that would be a ******* great unit).

And where are the guevesa troops for the tau? And last but not less important, could you take out the self made voices for some of the new units and use the already existing ones from other units? Again no offense meant but those voices are awful,im sure the guys that made those models took their effort but holy ****.

Oh, and that necron portal is useless too, taking into account how much time it needs to generate units you can only make one before the portal banish.

if you know spanish please dont take into account my name, i wrote it that way because i got tired of having to fill 4 ******* times the data slots to log here after a bad day.

Oh, can you please use those stompa ork robots from titanium wars? they look amazing (but the voices are horrible, **** i wish i knew how to mod stuff)

Can't believe the kaurava campaign will be working with this! Thats nearly like Dawn of War turning into Final Liberation! The game finally feels almost like a true epic TT game now. If everything was made half scale, all units built as groups of units and the old path finding problem was worked out it would be epic!

cant wait for the next GRAND RELEASE GOLD EDITION