Instead of the Imladris Showcase I'm releasing the all new Rivendell Tech Tree. Updated tech tree for recent changes. 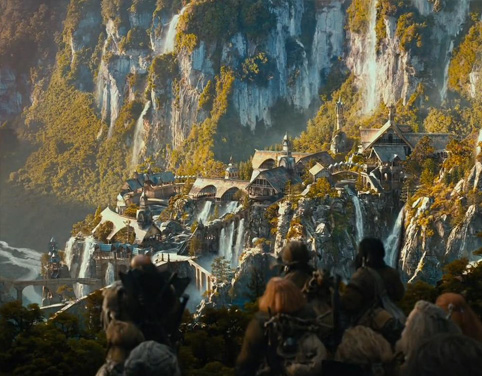 Noldor Library
Unlocked via Loremasters of Imladris Spell, Trains Galcylls and their upgrades

Imladris Brook
Heals nearby allies and replenishes their battalions

Imladris Statue
Provides a leadership bonus to nearby allies

Glorfindel
Requires Lore of the Refuge

Gildor
Requires Lore of the Refuge

Galdor
Requires:Lore of the Sea Specialisation

Cirdan
Requires:Lore of the Sea Specialisation

Great Keep Upgrade
Upgrades the Citadel into a Great Keep which has more health and armour
Murder Holes
Improves the armour and range of Towers and removes the range limitation
White Fire Tower Arrows
Upgrades Towers to use White Fire Arrows
Armour of the Peredhel
Upgrades Elrond's armour and allows him to use his horse
Bolster Army
Increases the CPL limit by 200 as long as your Home Hero is alive.
Valar's Blessing
Improves various spells for Imladris
Spar Training
Improves the defence of Infantry against Infantry units
Marksmanship
Improves the range of Archers
Bloodlines
Improves the health of Cavalry

Lore of the Sea
Imladris gains access to Mithlond units

Lore of the Refuge
Imladris gains access to Noldorin units

Damn these updates of yours is just making me more and more exited for the realease :)

Pretty please for videos about the mod? :D

Excellent progress! I trust this will be updated in full at a later date?

And may I suggest a Sindarin name for Elladan's Arrow Burst? Breithapilin: breitha- (Sindarin: break out suddenly), pilin (Sindarin: arrow). Don't necessarily need to use it, but I figured since Elrohir's fourth power is in Sindarin, his bro ought to have his in Sindar as well.

I actually looked that up and it's not Sindarin it's Quenyan.
There is no Sindarin word for Arrow which sucks.

...wow. Of all the words that Sindarin doesn't have, it's arrow. That's kind of sad.

Yet have 3 words for Axe.

Yeah still ironing out some details with Rivendell stuff like Elrond.

Dude!! you have been busy hey!! like it a lot, this makes the faction awesome!!, can't wait to see all this in action.