Everything about everyone in Nor Prime! There are 3 unique races that make up Nor Prime: Humari, Bhacrio, and Hecoy. Though relatively similar in characteristics and mannerisms, they all originate from various species indigenous to Nor Prime. 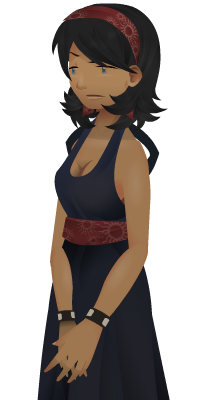 Similar to humans visually, Humari are very intelligent sentient beings that see the best form of living through democratic cooperation and decisive majority rule. Strangely, the stronger gender to the Humari -- also the most predominate -- are the females, who not only make up a large majority of the race, but all share a considerable amount of beauty along with their strong mental strengths. Thanks to the Humari, EDOC became a well fortified pillar in Ivara and the old ways in which Ragnic ruled over the world became a less crucial matter. Most Humari are fascinated by the science of the world, biomurrology, how Ragnic have come to be, VHEL, and Ho‘vas (near equivalent to Christianity). Over the years however, many Humari have lost their natural connection with nature and most can hardly defend themselves properly against Ragnic. This issue in itself is partly in thanks to their dependency on Towers and MPA related technology. 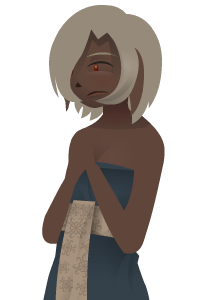 A very diverse race, Hecoy have very tall bodies, with heads similar to dogs, and rival the genius of the Humari. The Hecoy also believe in the same dominate, idealistic lifestyles as the Humari. Primarily found in areas within Ivara or Marlu, most Hecoy try to live life in peace and serenity. Some can live up to 150 years old without showing much difference in their appearance even beyond the age of 90. Although some have adapted other habits like the Hecoy Scouts in EDOC have, they believe in upholding peace above all with a dramatic focus on enduring hardships. The typical life of a Hecoy is generally enveloped in the premise of being humble vs. being self-righteous, or in more extreme circumstances, living a sinless life vs. living a life based on self-righteous morality. With a focus on helping their community under the burdening circumstances of strife, they often look highly towards those who overcome incredibly strenuous situations -- idealizing ones own journey to exultation. This, of course, leads on to two different resulting mindsets: one that circumstantially exploits his or her own ego and another that denies their exultant nature with a continued focus on self mortifying conduct even towards the end of his or her own life. Needless to say, thanks to the Hecoy and their peaceful but meticulous culture, their ways helped create EDOC from the ground up so many millennia’s ago. 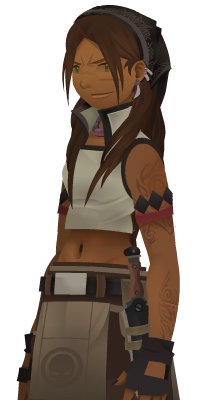 Not a peaceful race like the Humari or the Hecoy, Bhacrio are nomadic people known for their strength and individuality. They laugh at the sight of death and enjoy the looming threat of Ragnic, but they aren't well known for their achievements since they're considered thieves, brutes, and good for nothings, by many. Bhacrio are also known for their ways around the Trade, their immediate affiliation. They’re responsible for the economic developments within Ivara and Marlu since such jobs as couriering and marauding were things Bhacrio had formed as a culture. Both male and female Bhacrio are relatively similar to Humari anatomy wise. In contrast, however, all Bhacrio have very tanned skin, unkempt brown hair, sharp black nails, patchy scales on their back (after the age of 25), emerald eyes, and a noticeably bigger body build in comparison to the other races. The most fascinating feature to the Bhacrio deals with their eyes. Strangely, the iris of a Bhacrio’s eyes can fade into a grayish color from witnessing very emotionally scaring sights. In rare cases, their iris can change into a blood red color. Bhacrio are most commonly found in the mountains of Kastinova and many other regions in Ivara and Darmus although there has been a shift in locations. They specialize in the fighting art of Tomo'Ye, a type of wrestler/brawler style of combat that works well on huge opponents, especially Ragnic. Its not a surprise that the other races have adopted this art style as a means of self-defense. The Bhacrio are the only race to develop their own language outside of the formally accepted language Humos, called Numa.

If you are, then no. The game won't be free outside of the free open beta coming next year. =P

keep that work up ;)