We're busy working on a new dungeon! Read a bit about our design process and look at new concept art!

Alright - let's get to it and talk a bit about what we've been up to with NAIRI: Tower of Shirin !

Now that we're working on the final portion of NAIRI: Tower of Shirin, it becomes increasingly difficult not to spoil stuff for you guys. For now, let’s just go over some non-spoilery design and artwork that we’ve been fine tuning over the last couple of weeks.

The Zakat District is rather heavy in dialogue and exploration. While there are indeed puzzles, they usually involve other characters. That means we haven’t really talked about the design portion of development in the last couple of updates.

For those curious about how we design the dungeon puzzles, read on!

Dungeons work differently from, say, what you do when you're walking around the poor district of Shirin. Rather than talking to lots of characters and figuring out what they want, the dungeons are a bit more isolated, and puzzles tend to involve mechanisms rather than people. 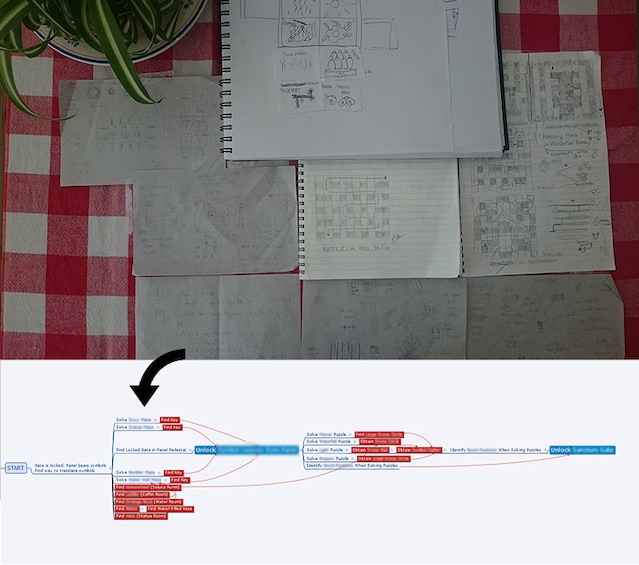 So how do we go about making them?
First, we make a couple of sketches trying to come up with crazy ideas that are still doable within a reasonable amount of time for a team of two.
The above picture shows some drafts/sketches for the dungeon we’re working on right now!

From the rough drafts and sketches come digital flowcharts.
These are easier to organize and give us a good idea of how much assets are required.
Most importantly, they show the flow of the dungeon by illustrating the amount of player choice at any given ‘milestone’ in the dungeon.
In other words - if you get stuck, you can still try to find other items or solve another puzzle!
We try to make things a little non-linear.

So, after we build prototypes of the puzzle mechanics and decide they’re fun, we try and visually shape them to fit within the theme of the dungeon and overall story. 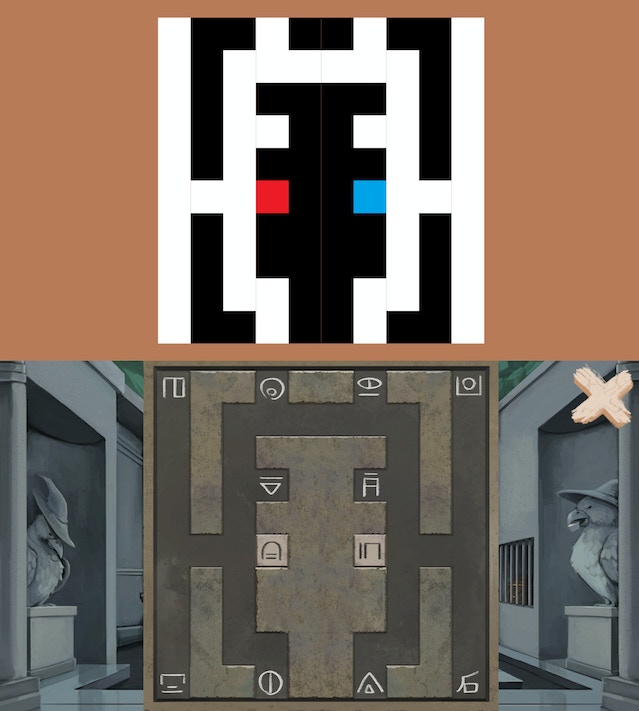 That’s where the artist comes in!
First, we have an ugly programmer-art version that helps us get started... and then we have something a little more refined. 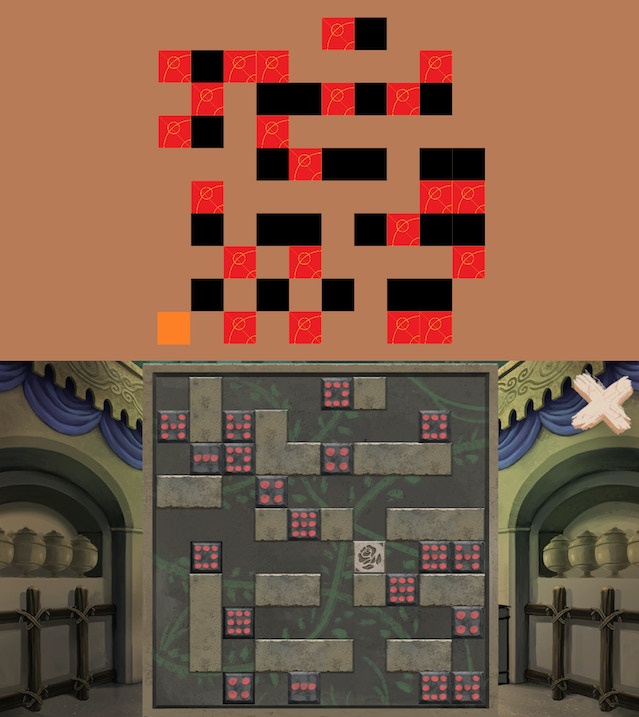 These placeholder puzzles allow the programmer/designer to fiddle around without bothering the artist before we can be sure that everything works as intended.

And along with puzzle mechanics, there will still be dialogue, of course!
Nairi will have to check her surroundings to find important clues carefully.
Some of Nairi’s findings will be accompanied by visuals that will have to be carefully examined, for instance. 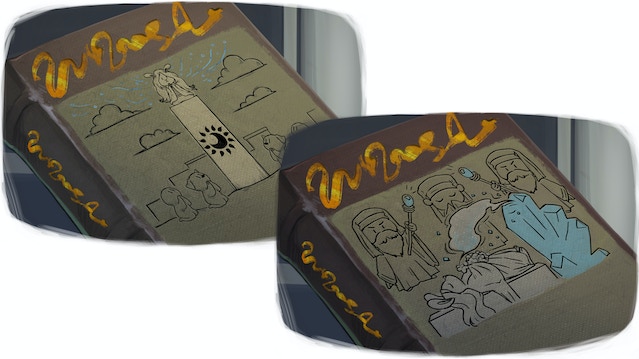 Speaking of visuals, You has also been busy working on the final dungeon’s background art. Let’s show off some early sketches, and what they look like now! 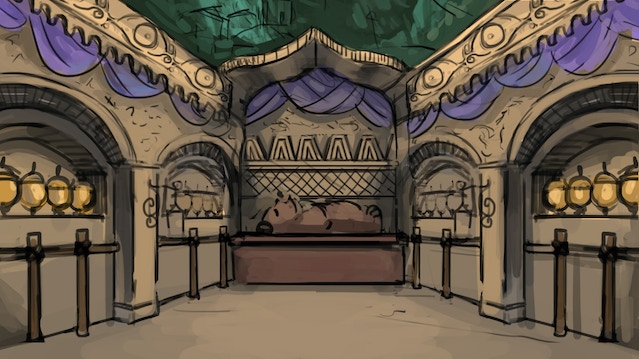 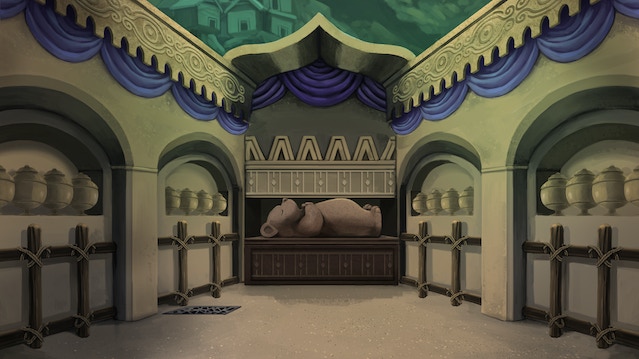 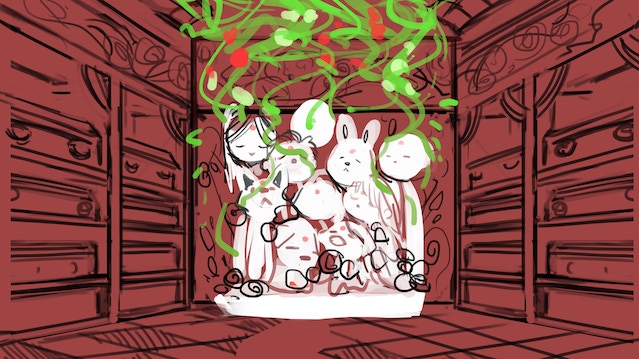 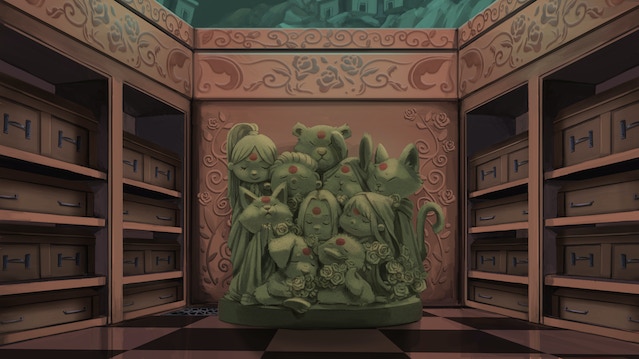 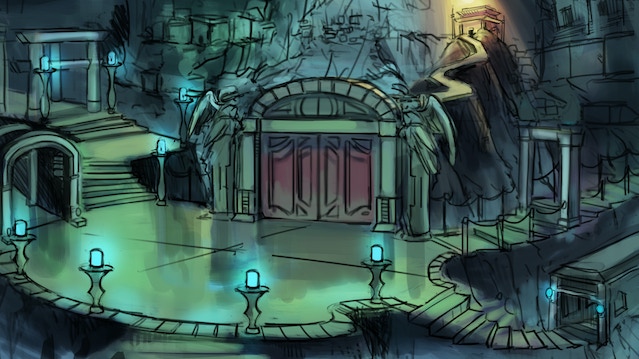 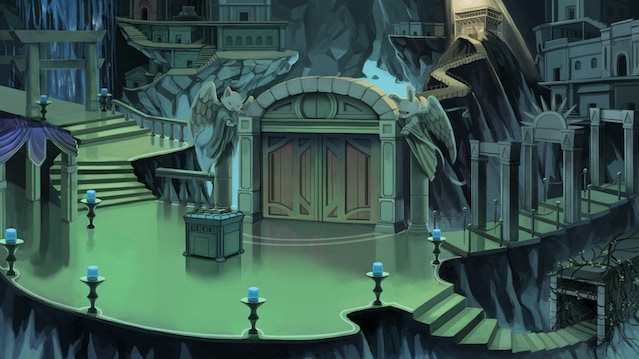 As always, we’d like to thank you for reading through this post, and we appreciate your interest and support for NAIRI: Tower of Shirin.
Feel free to leave a message - we’d love to read your feedback!

And now, it is time for us to get back to working on the final dungeon for the game.
See you next time!