Monsters in FFT: Rebirth have all had a substantial upgrade. They have increased hitpoints and attack statistics along with many new innate abilities combined with improved skillsets. Some of the most notable changes are that Goblins "Steal" now and that Chocobos have increased movement. Higher end monsters such as Tiamats even have abilities such as Hamedo. 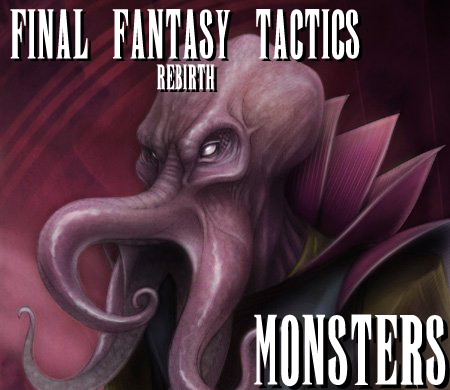 Below is a full list of abilities for every monster and their appropriate Monster Skill abilities that are unlocked.