Post feature RSS Make a skin for our medic and win a game!

We're doing a skinning contest, to change our medic class. The prize consists in serial numbers for Iron Grip: Warlord!

Oh boy, do we have a challenge for you! We're running a skinning contest for our mod. Here are the details:

1) Purpose of the contest 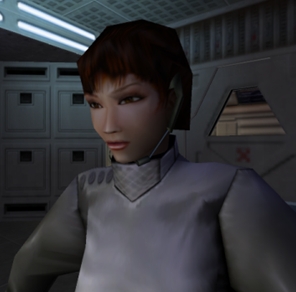 Here at AvP2 Team Fortress we're not quite happy with the skin currently used for the medic class. Just the arm bands on Tamiko are not enough to make the team
distinction, and hesitating to fire on an enemy medic can get you dead. So, in order to get a skin, we thought on organizing a contest. The challenge?

Build two skins for Tamiko that remain within the AvP2 universe, yet have a distinct team color scheme (red, respectively blue) on them.

That easy. Still, read also the "Rules of the contest" section.


A contest is not a contest without prizes. In our case, we'll be offering two serial numbers for the Iron Grip: Warlord game, developed by ISOTX. One serial number goes for the winner, the second one goes to the runner up.
In case you know little about the game, here's some info:
The official trailer:


The serial numbers will unlock the demo (available for free at www.igwarlord.com) and turn it into the full game.


The following file contains the initial .TGA files for Tamiko, the folder structure for AvP2 Team Fortress and a .BAT file:


Unpack the archive in the same folder where avp2.exe is. The purpose of each item is:

4) Rules of the contest


Now I know that I closed the first point with "That easy". Well, it's not that
easy, I'm afraid. There are some rules and limits that you should be aware of:

The skins need to resemble closely, except the team colors and perhaps some minor differences (an extra scratch or stain, things small in terms of surface).


If you have questions regarding the contest, just go to our forums. For some skinning or tools advice, I recommend the forums at lithfaq.com