List of SW Legends which come across DP plot (Spoilers)

The Dark Pastime is a modification to one of the best (perhaps) games set in Star Wars Universe – Jedi Academy, sometimes referred to as Jedi Knight III. Our team strongly believes, that Star Wars is a well-balanced and dramatically strong universe, full of captivating stories besides Original Saga and the Prequels, which includes a lot of other material – books, short stories, comics, video games, animated series and much more.

While working on DP we create not just a new plot and diverse missions, but a homage both to the legends we like and to the respectful authors, who contributed a lot so that our dreams came alive.

Below is the list of some of the stories, which we either kept in mind or they inspired us to work on the project. In most cases certain elements from these made into Dark Pastime. 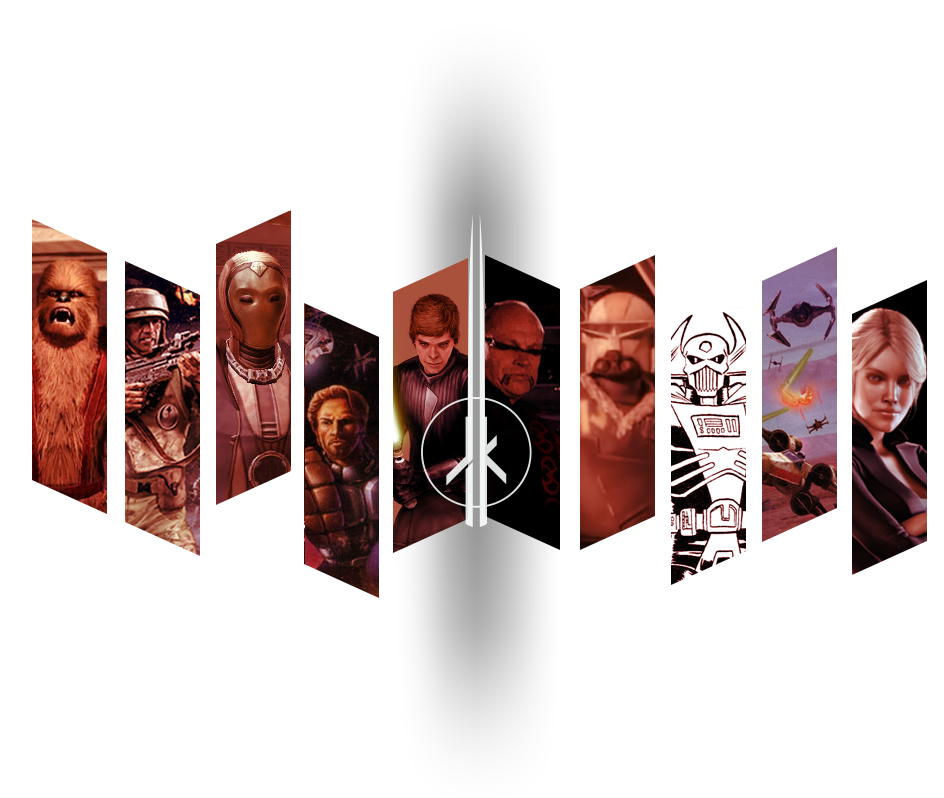