The pros and cons of developing a class project with the Aurora Toolset for Neverwinter Nights.

This past quarter at school I had Level Design I for a class. About 6-7 weeks into the course we learned the basics of the Unreal 3 Editor, Gears of War Editor, and the Aurora Toolset. During the middle of class of week 7 out of 11 our instructor said "Okay, for your final choose either the Unreal, GoW, NWN, or any other editor to build either a level or working mod."

I never used Aurora nor played NWN so I decided to build a working module for NWN for my final. I didn't have the game nor the editor at home so all of my work was at school. Thank god I live only 2 miles from school because that would of been a bitch. And seeing how I lived so close I decided not to go and buy a cheap copy of NWN. 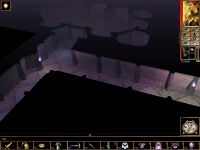 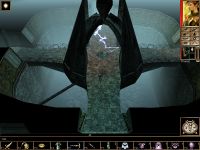 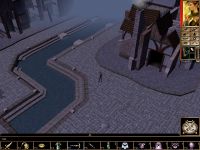 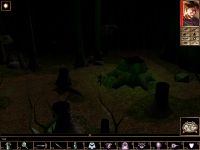 Week 8 I got the ball rolling with my mod. The week before the final assignment my girlfriend introduced me to a movie called Labyrinth. I love Jim Henson's work but I never knew we did a movie with David Bowe as the main villian and George Lucas as the Producer. The movie was great I think it is a cult-classic and should be watched by everyone. I said to myself that this would be a great mod for a game like NWN because it already has goblins, enchanted areas, and many odd creatures. It was a perfect fit for me so I decided to get to work.

I first came up with a short design document to organize my ideas and thoughts. I decided which areas I would build into the mod and what type of creatures and skills would represent the characters of the movie. By week 9 I had all the levels/areas built with all the details which included sounds, lighting, NPCs, and area transitions. When week 10 came around I was ready to add in the conversations with the NPCs and the encounters with the enemy through each area. I then added in the quest to the mod and the sub-journal entries to the quest. I playtested it over and over again which was boring but I really enjoyed the ambient sounds and background music. 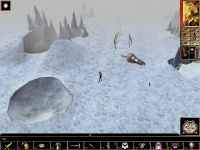 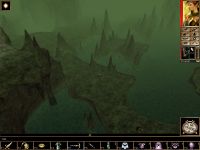 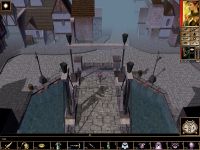 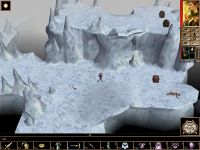 Before the week 11 class I worked on the mod in one of the game labs at school for two days in a row after work. Those were really the only days I had to really put in "crunch time" and the get the mod done. The day before class started I had the mod completely done. I post the mod up here on ModDB and emailed the mod file to my instructor. Come the day of the final class I found out that three other students did small NWN mods compared to mine. Two couldn't even get their quest and journies to work and some of the conversations to work properly as well. So I am very pleased with my work seeing how it has 9 medium to large areas with working NPCs, encounters, sounds, a quest, and XP. Not bad for 3 and a half weeks worth of work.

I knew while posting the mod on ModDB wouldn't get much playtime but it was worth it and I hope people do check it out. Enjoy!!!


Pros:
-Easy-to-use edior toolset
-Easy-to-use scripting
-Loved the Labyrinth movie
-Got to do a mod for NWN for the first time
-Fellow students liked it

Cons:
-Only 3 weeks to work on it
-Instructor could of taught more of the toolset
-Didn't have anyone who could of playtested for me for unbasis feedback
-Will not receive a good amount of downloads and views on ModDB.com

Agreed, a simple fix up like the one I did to your above post would have been more then enough to turn a few heads!

I know the film and remember it a little (not much though). Nothing I see in these images reminds me of anything in Labyrinth, where is the actual labyrinth and how do Henson's cool creatures look in your version?
I'm gonna make a Top-Gun Mod now - without airplanes ;)!

I never knew this mod existed. Labyrinth is my favourite film in the world. It's a nice idea but to be honest, and I know the film well, I don't see anything in this that looks even remotely like The Labyrinth. :\

Jareths throne looks nothing like his throne in the film. It seems a shame because the appeal of the Labyrinth is the weird and wonderful environments and the fantastic creature designs of Brian Froud.

I'm sure the mod is fun but I don't understand why it's called or based upon the Labyrinth. Perhaps you should re-name your mod?