In this Feature Spotlight we'll take a look at Magic in Journey's End!

For the past couple weeks we've been working on a complete rework of the physics system, an upgrade to Unity 5.5, and an overhaul of our magic system. Today we're going to cover magic in Journey's End. 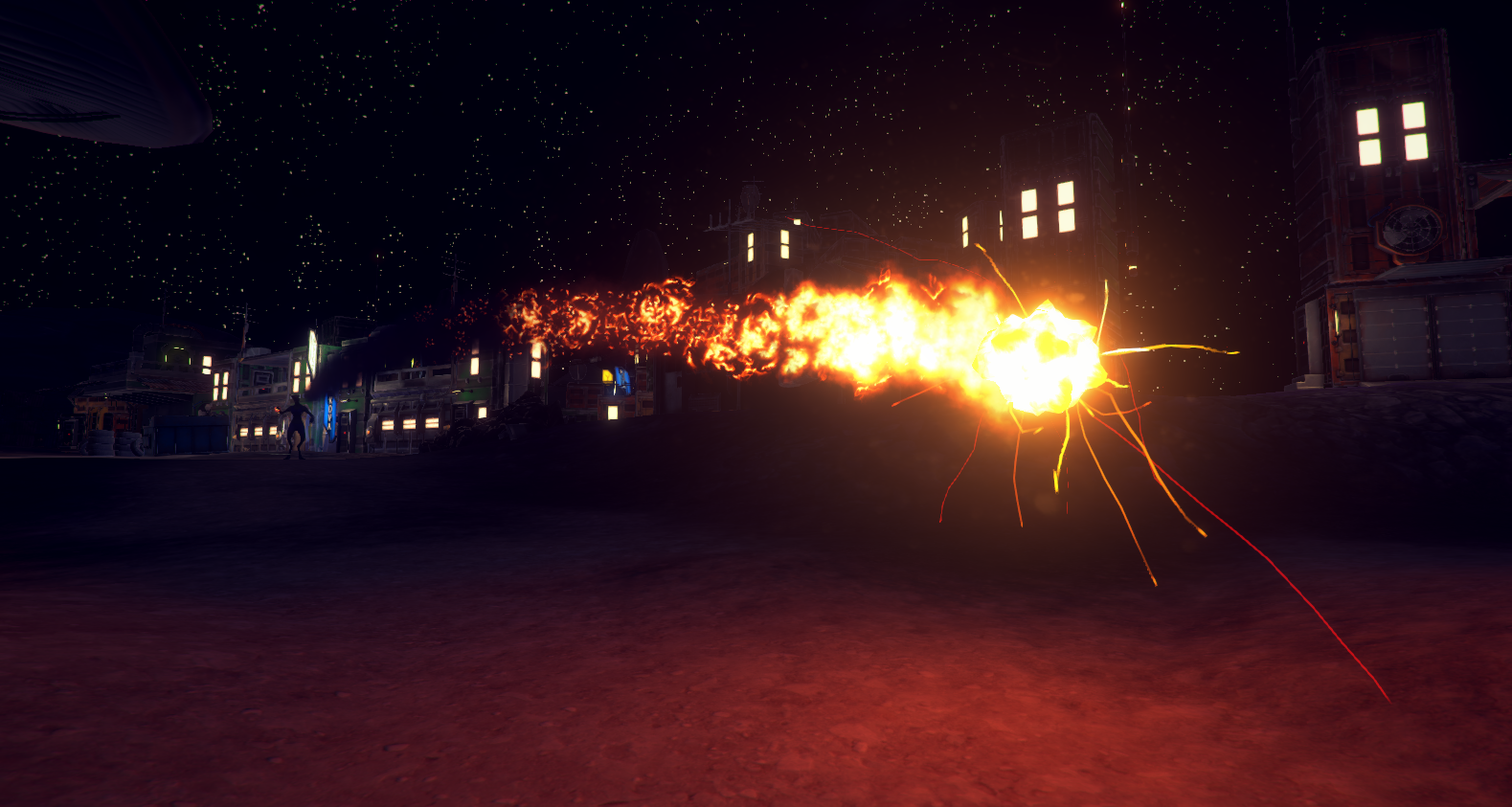 Magic is deeply ingrained in the history of Journey's End's universe, influencing the development of technology, shaping of society, and the cause of many conflicts. Because of these conflicts and the power that magic can give a single person, corporations lobbied to have intensive restrictions placed on the practice of magic. With each regulation placed on their practice, magic users were pushed further and further away from city centers. Eventually entire planets became incompatible to magic users, driving them to backwater planets. Luckily, Journey's End takes place on one of these planets.

There are several different types of magic in Journey's End, providing usefulness both in and out of combat. 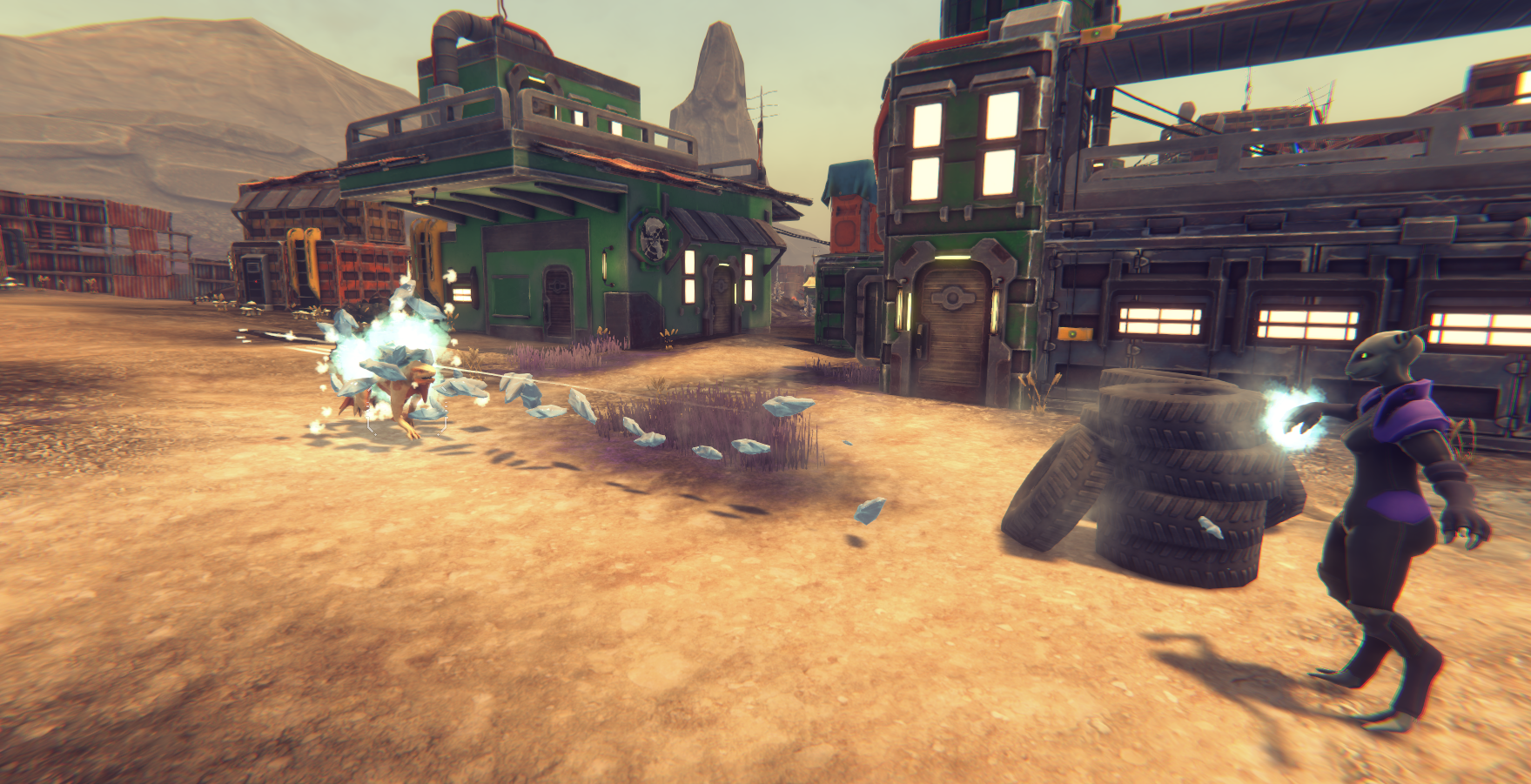 Weapon spells function similar to firearms and in some instances melee weapons. These spells are equipped to the weapon slot and include spells such as Fireball and Ice Shard.

Damage spells are non-aimed and function similar to traditional magic. Calling down pillars of destructive light, sending out shockwaves in all directions, and stealing the health from nearby enemies are just a few examples. Typically these spells cost much more mana than Weapon Spells, but have far more powerful effects.

Magic is not only for causing damage, it can also be used to create objects and summon creatures. Resources can also be summoned, providing instant access to needed materials. Creatures can be summoned to fight for you or to carry your burden, and some will even talk to you!

Magic can also be used to alter your environment in various ways. Dark areas can be lit up with a Ghostlight, and the weather can be altered with some higher level magic. Utility spells also include movement such as teleportation or jump enhancements. 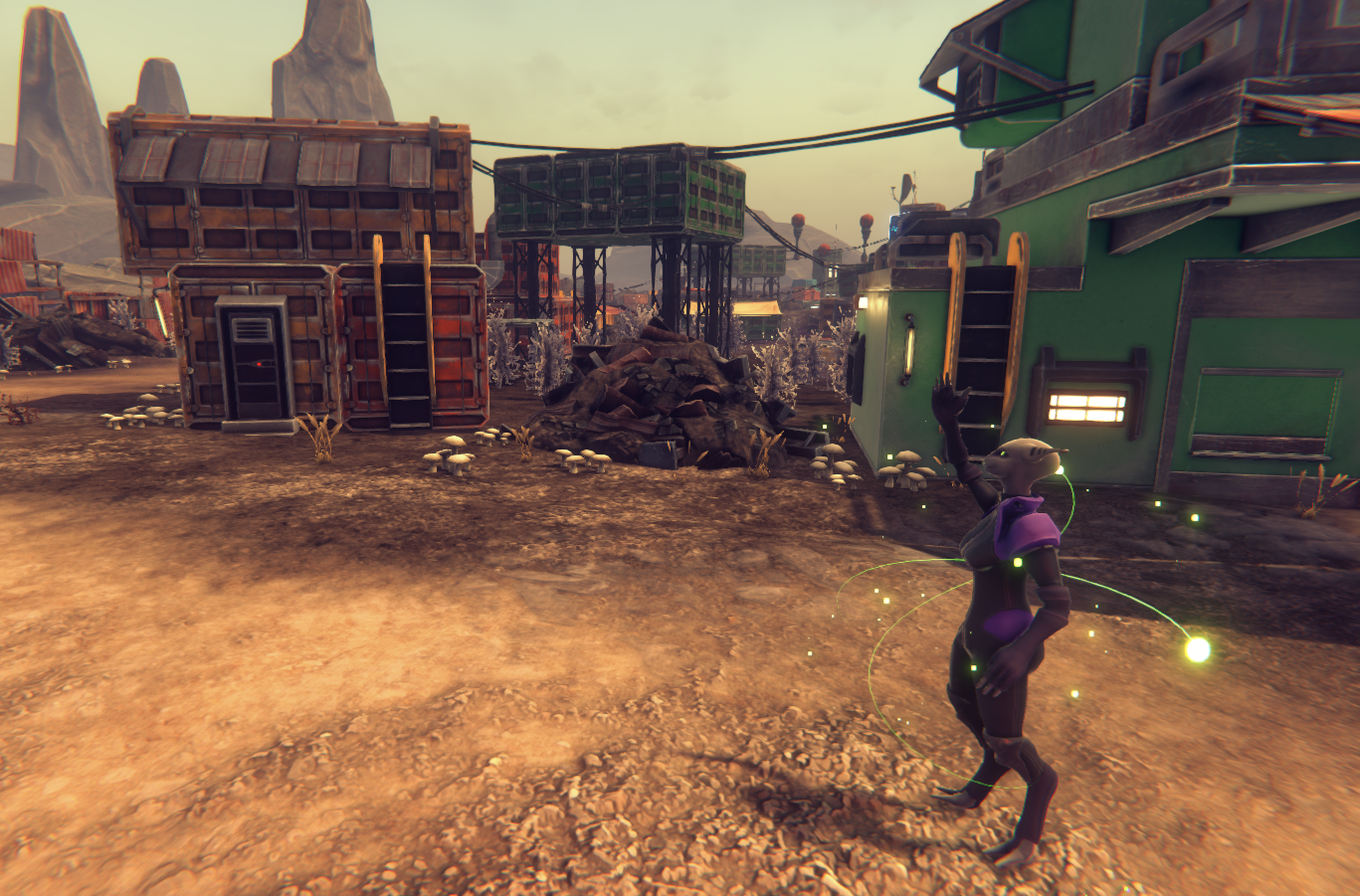 Keeping yourself healthy is easy with an assortment of healing and buffing spells. Besides just restoring health, some restoration spells restore stamina, hunger, thirst, and more.