An interview with Towards The Pantheon's lead developer Connor O.R.T. Linning by Retrogamemaster's Peter Ward.

An Interview with Connor Linning by Peter Ward

First of all Welcome to Retrogamesmaster.

Thanks a lot for having me!

What is your first gaming experience?

I’ve been playing video games as far back as I can remember. I remember being in a Walmart just as the N64 came out (so I must have been about 4-5 years old). I was playing Super Mario 64 and Bowser’s laugh when you first enter the castle scared the hell out of me. Maybe that started what would end up being my love for Survival Horror games. My first console was an original Nintendo, and then moved forward playing Super Nintendo, Sega Genesis, Gameboy, Nintendo 64, Playstation 2, etc.

What got you into programming games?

I took becoming a soundtrack composer and game developer seriously when I was about 12 years old. I remember late one night hearing the Silent Hill 2 soundtrack for the first time and being blown away by it. I’d always loved chiptune soundtracks and older games, but Silent Hill 2 was the game that made me jump from being a gamer to wanting to make games. I had decided that I wanted to try and make games and soundtracks that other people would enjoy as much as I enjoy my favorite games and soundtracks. I spent 8 years working on just my musical skills, and then sometime around 2010-2011 I picked up a C++ book and started learning to program. I just recently finished a bachelors degree in computer science and am now working as a game developer and soundtrack composer full time.

What development tools or coding did you use?

I started off learning C++ and trying out SFML, OpenGL, SDL, and then DevKit Advance for Gameboy Advance development. Through university I learned Java, Lua, and C#, and I’m currently using GameMaker: Studio. I think it is more efficient to spend my development time working on my games instead of rendering triangles to the screen – the same way musicians generally buy instruments and studio equipment instead of trying to build it all from scratch. That’s why I’ve been sticking with GameMaker: Studio, and in the future might move on to using Unity. 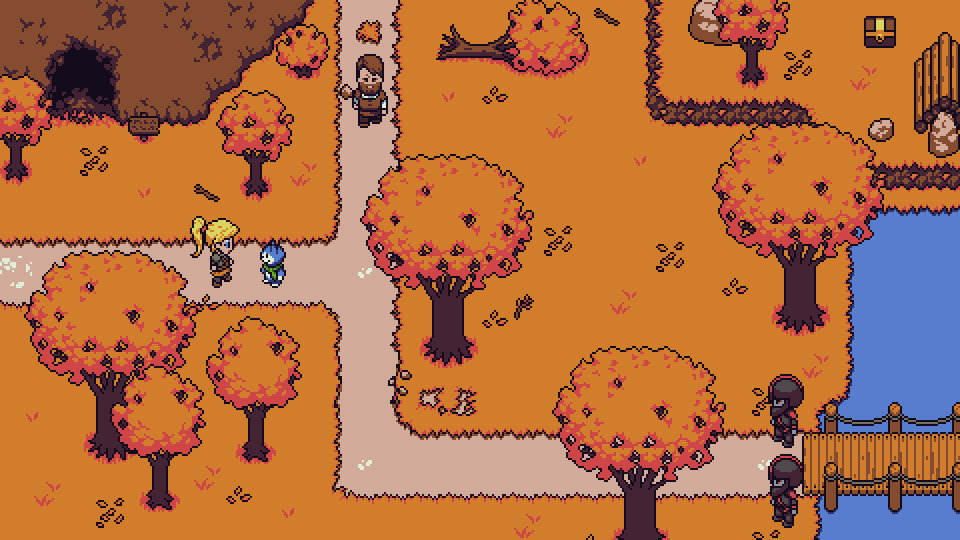 What hurdles did you have making your current game?

The biggest hurdle is time. With Towards The Pantheon my friend Leandro Tokarevski is my pixel artist, and I also have friends like Kyle Mountifield, Daniel Tindall, Tyler Rogers, and Nicolas Kaufman helping with testing and game design and Maerel Hibadita doing promotional artwork, but I do the rest of the work myself. This includes level design, story, programming, soundtrack, sound effects, promoting the game, etc. which is all very time consuming. So using time efficiently to get as much done as possible is the biggest hurdle. So far development of Towards The Pantheon has been going great though.

After the completion of the game what game will you make?

I started thinking of my own franchise when I was about 10 years old after playing the PC games G-Nome and Dominion: Storm Over Gift 3. It combines aspects of sci fi and horror, and I’ll be working on it after Towards The Pantheon is complete. My hope is that Towards The Pantheon will be successful enough from a business perspective that I’ll be able to finance my next games, hiring artists and programmers, as the scope of the games in this series is much greater than Towards The Pantheon. 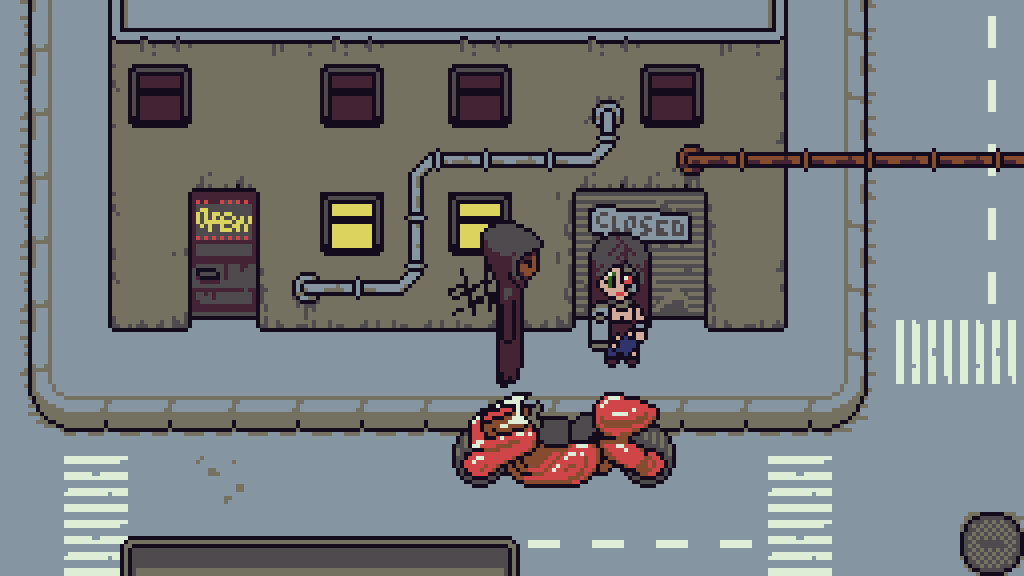 What other games have you made?

My favourite computer was my Amiga and console the Megadrive do you have a favourite?

I’m not sure if I necessarily have a favorite computer. I have favorite software but I generally just use whatever computer I have available. I remember playing Quake 3 Arena with a 3DFX Voodoo graphics card was pretty awesome though. I’m too young to have been a part of the Amiga days . Favorite console is a tough one. I might have to pick the Gamecube because I love the controller so much and because you can play Gameboy games on it. If I can’t count the Gamecube’s Gameboy Player add on, I might pick the Super Nintendo. I have so many great memories with all my consoles, but I think the greatest have been the times my sister and I battled each other in Tetris Attack and Dr. Mario. 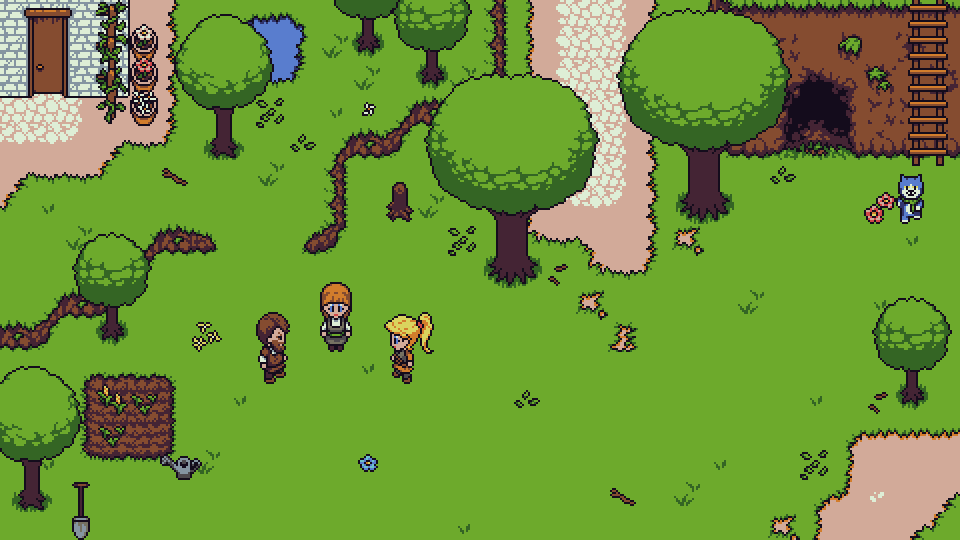 What is your favourite retro game?

Do you still game on the current consoles if so whats your favourite game?

I had an Xbox 360 for a while, but traded it in for a Vita. When I look at the 360 library compared to say the Super Nintendo’s library, I am not very satisfied. I have a Vita and 3DS and play new games with those, but I have yet to get a Wii, WiiU, Xbox One, or PS4 yet. I’m not the biggest fan of super realistic graphics and big orchestral soundtracks, so I prefer to stick with handhelds and retro consoles. Depending on the Nintendo Switch’s game catalog, I might pick one of those up in the future. For favorite modern games, some of the recent Fire Emblems were pretty fun, Rune Factory 3 and 4 were fantastic, and I probably play the Hyperdimension Neptunia games too much on my Vita. 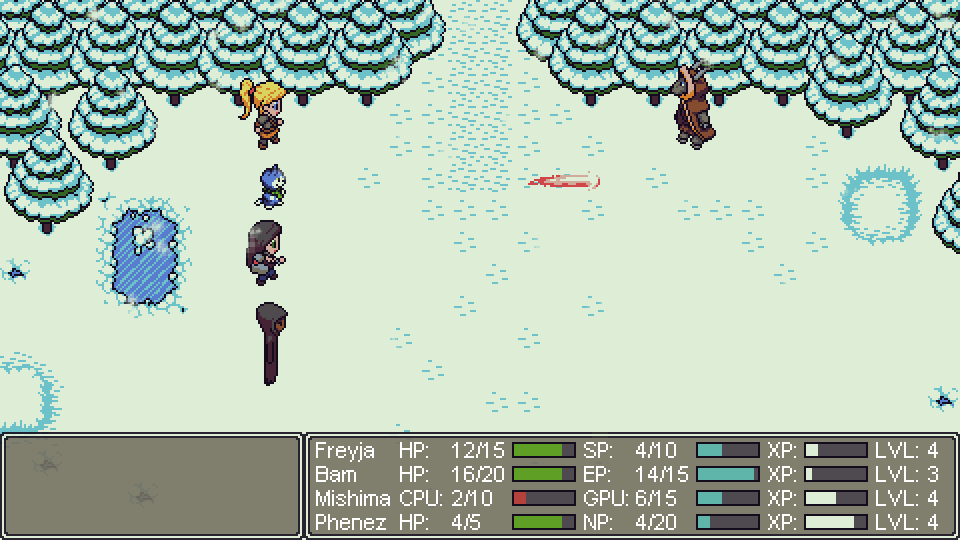 Whats the worst game you have ever played?

A couple come to my mind, but I might have to pick Quest 64. I enjoyed it a lot when I was too young to really understand how the game worked (therefore never getting passed the first boss), and the Gameboy Color port is good, but the fact that it was not only quite bad but also the only RPG out on the N64 at the time (to my knowledge) makes it extra disappointing.

Finally what game or feature would you like to see on Retrogamesmaster in the future?

Actually at the time of doing this interview there’s an article about Resident Evil 2 on the front page, otherwise I might have had to pick that! I think I’ll go with either Harvest Moon on the Super Nintendo or Harry Potter and the Chamber of Secrets on the Gameboy Color. Harvest Moon kicked off the farming sim genre and we’re seeing games like Rune Factory, Stardew Valley, and Lullaby Gardens show that there’s a lot of territory that genre can still cover. The Harry Potter Gameboy Color games were fantastic RPGs considering the limitations of the Gameboy Color. Their chiptune soundtracks are fantastic as well, I catch myself humming the Gryffindor common room theme pretty often