I thought I'd implement a "Speed Run" mode in to this game. What did that mean? Well in this article I explore the features I thought would be important, show a few screen grabs and a video of the changes in action (UI a little rough around the edges still).

I'm really loving how this game is coming together. The comic book art and tongue in cheek alien conspiracy vibe has been fun.

Now when it comes to puzzle games, you can't help but notice the want for ardent gamers to master a game. Seek perfection in hand/eye co-ordination and show to others their prowess at beating a game in record time. Be it via hidden and discovered logic glitches or just being damn good and practiced at a game.

So, I thought I'd implement a "Speed Run" mode in to this game. What did that mean? The following features would be important:

Now the "slow" or should I say "pretty" inter-level display of level complete animation already presented (and so recorded data for) a kind-of school report. So really, I'm extending that to record the history of such. 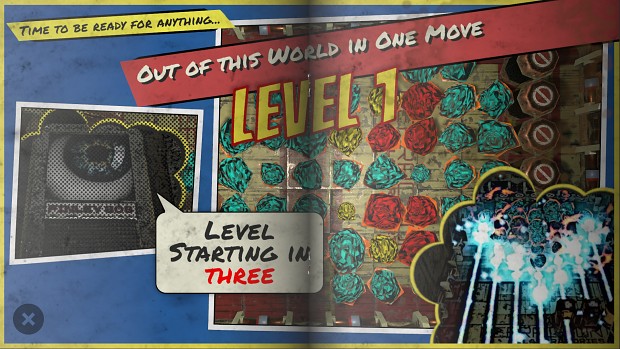 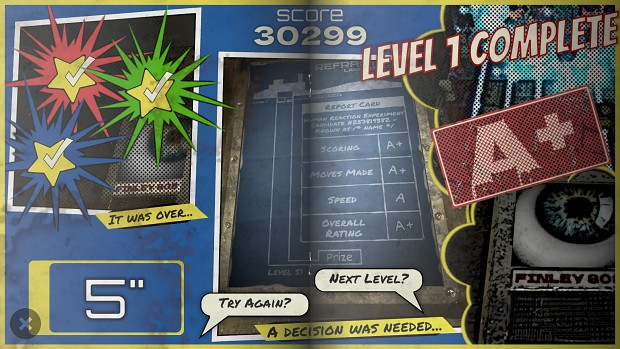 It's a simple toggle switch to turn on the "speed run" mode: 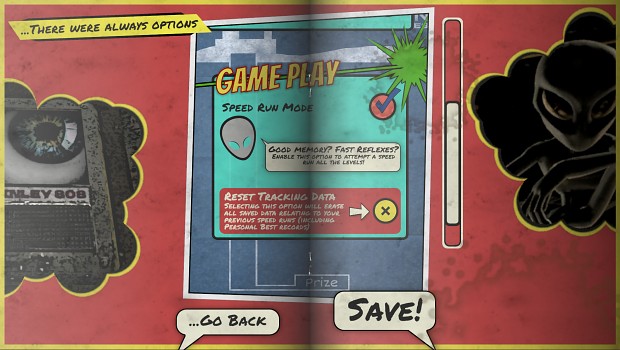 The intro and reports cards then change to reflect the new mode (for the hard core, high speed puzzle solvers out there!) 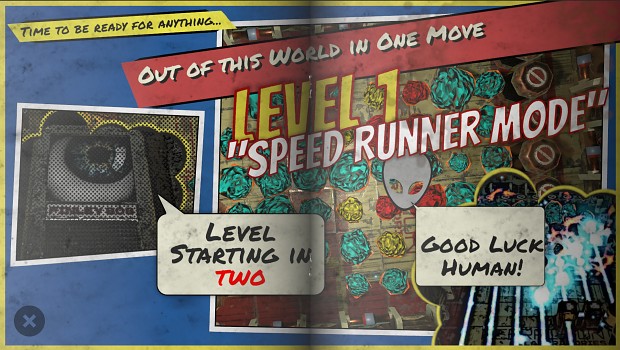 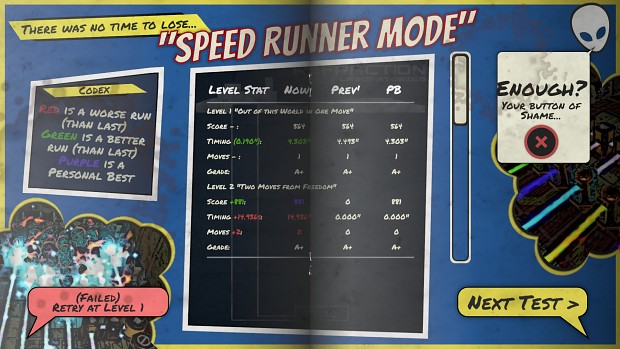 Here's a video of the new mode in action. First we see the "pretty" display of the level and reporting card. Selection of the "speed run" mode and then a few repeated efforts at a speed run (only 1 level but imagine it could go on for the entire level collection).

Enjoy! (And don't forget to wish list the game!