How far have we come? A look into advancements related to the Quake one engine.

"A preview included with id's very first release, 1990's Commander Keen, advertised a game entitled The Fight for Justice as a follow-up to the Keen trilogy. It would feature a character named Quake, "the strongest, most dangerous person on the continent", armed with thunderbolts and a "Ring of Regeneration." Conceived as a VGA full-color side-scrolling RPG, The Fight for Justice was never released."

"Quake was programmed by John Carmack, Michael Abrash and John Cash. The level and scenarios were designed by American McGee, Sandy Petersen, John Romero and Tim Willits. The graphics were designed by Adrian Carmack, Kevin Cloud. Music and sound design was by Trent Reznor."

The story so far:

"The player takes the role of an un-named protagonist sent into a portal in order to stop an enemy code-named 'Quake'."

"It is also interesting to note that Quake was the game primarily responsible for the emergence of the machinima artform of films made in game engines, thanks to edited Quake demos such as Ranger Gone Bad and Blahbalicious, the in-game film The Devil's Covenant and the in-game-rendered, four-hour epic film The Seal of Nehahra."

"The source code of the Quake and QuakeWorld engines was licensed under the GPL in 1999."

"In 2008 Quake was honored at the 59th Annual Technology & Engineering Emmy Awards for advancing the art form of user modifiable games. John Carmack accepted the award."

"On October 11, 2006, John Romero released the original map files for all of the levels in Quake under the GPL."

Goldsource (Half Life engine): "It is fundamentally just a heavily modified Quake 1 engine. There are about 50 lines of code from the Quake 2 engine, mostly bugs fixes to hard problems that Carmack found and fixed before we ran into them." 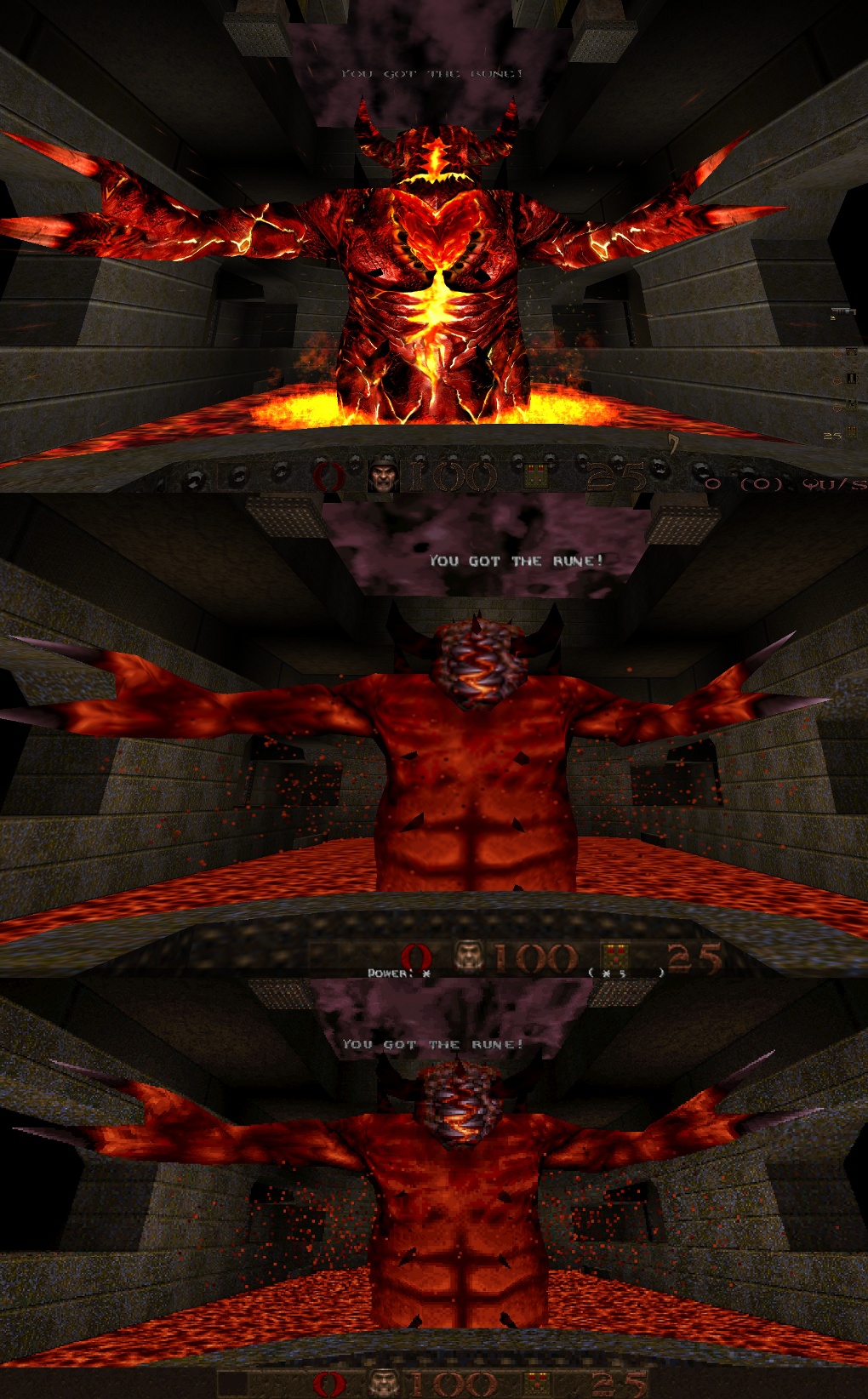 The next visual paradigm - hardware acceleration:

"In late 1996, id Software released VQuake, a port of the Quake engine to support hardware accelerated rendering on Verite chipset"

"On January 22, 1997, id Software released GLQuake. This was designed to use the OpenGL 3D API to access hardware 3D graphics acceleration cards"

"GLQuake was written by Dave "Zoid" Kirsch for Id Software. Also the man responsible for ThreeWave's popular Capture the Flag mod. ... GLQuake was basically a test-bed for many of Quake2's 3D hardware features. 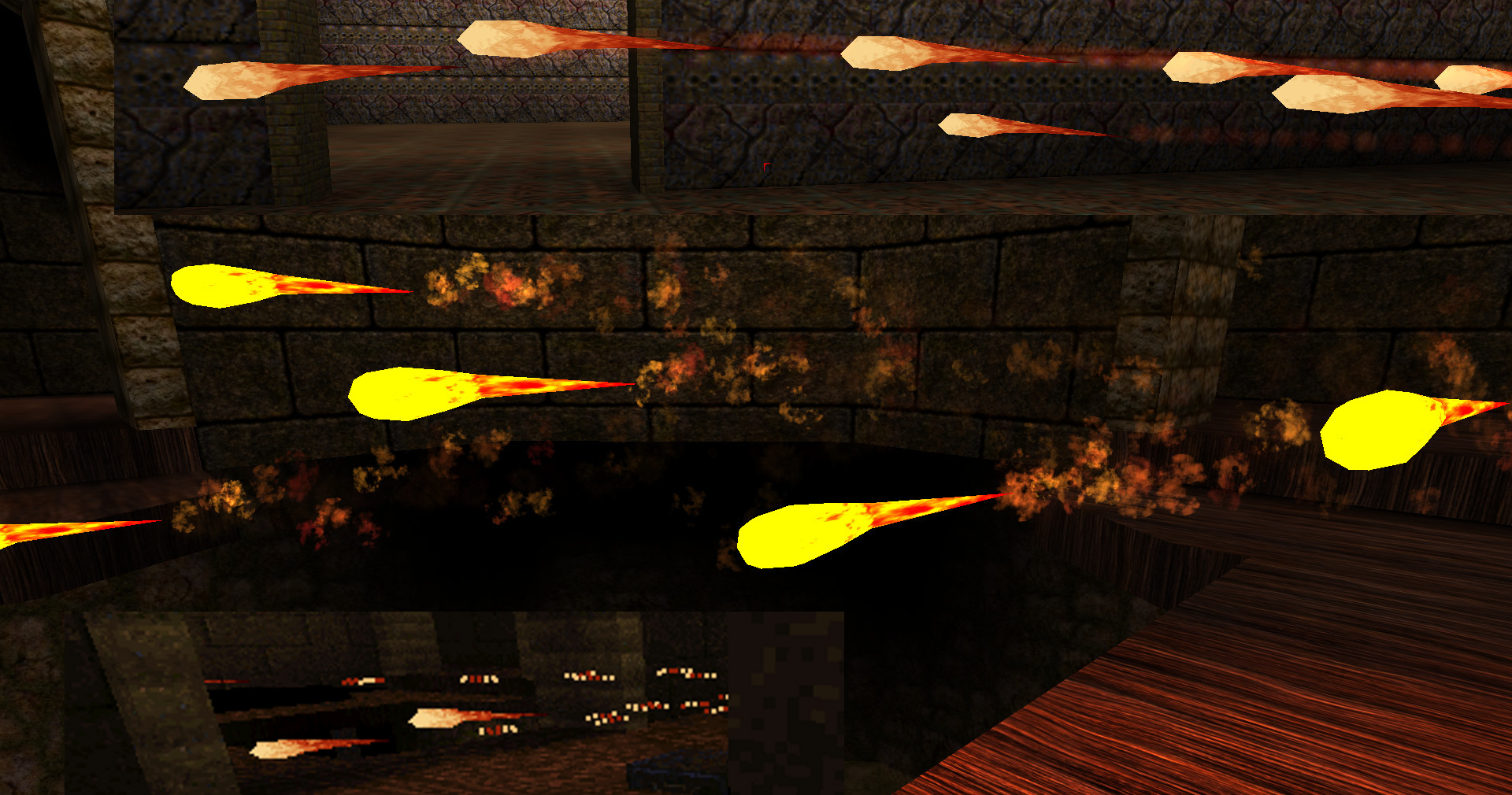 Darkplaces is a Quake engine update with unique and interesting features.
At its most default operation it is an enhanced GLQuake engine.

And many more...
Darkplaces lets you achieve some interesting visual feats.
All it needs is a compilation to show off its full capacity... 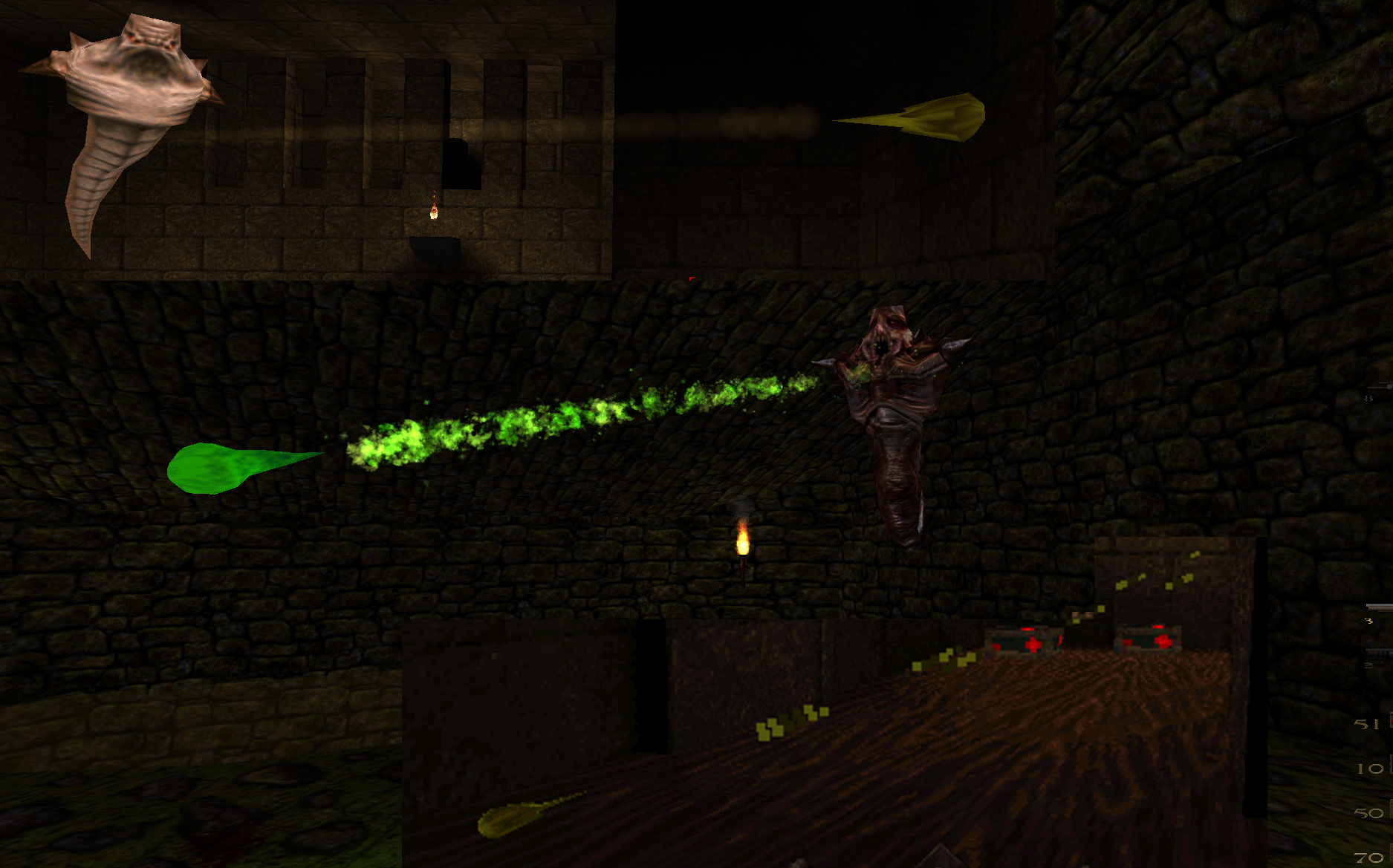 Quake HD pack is a compilation of visual and feature enhancements that pushes Darkplaces mod-ability to the max.

If you want to make a Quake mod or new take on the game, the HD pack would be a great starting point. A starting point for a single player reboot styled after a Lovecraft horror fest (hint, hint.) 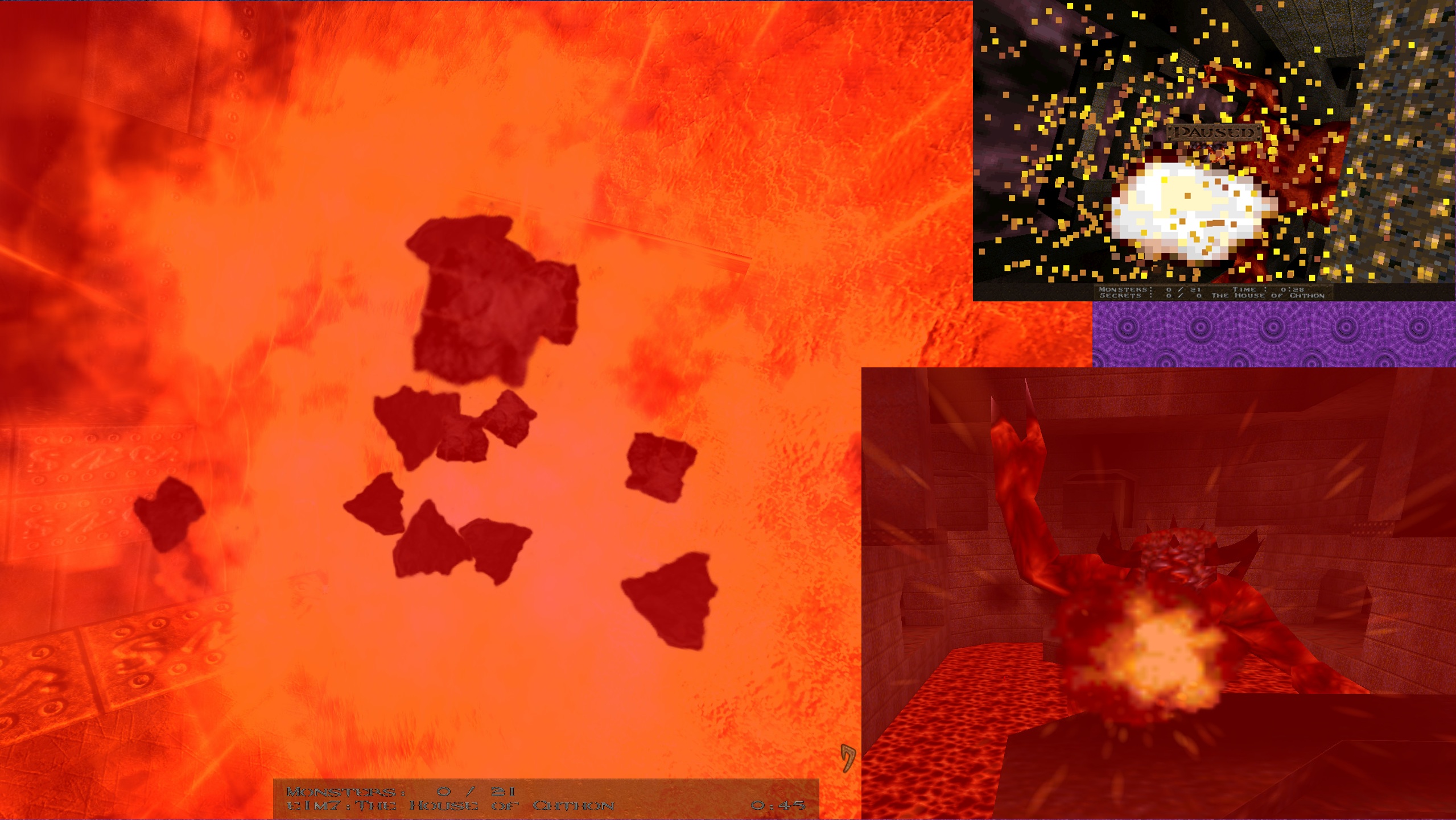 I present for a visual comparison the torch.

Quake one has come a long way, and the engine, modifications and derivative games are nowhere near the end of the life cycle!

I love stuff like this, just bought the whole quake series and experiencing dark places/quake for the first time.