Post feature RSS Game concept, some info, and such

It took me longer than expected but I'm finally posting more info about this game. It's going to be a sci-fi 3D action-ish platformer where you explore a futuristic facility looking for a specific artifact.

To tell the truth, most of the ideas behind this game were still not very clear by the time I began working on it, but during the last weeks we figured out a lot of elements about the game, the plot, and what it's going to be about.

It's going to be a sci-fi 3D action-ish platformer where you explore a futuristic facility looking for a specific artifact. You can think of it as some sort of "Tomb Raider in space" (I'm talking about the previous TR games, where your main focus was exploring, not shooting countless enemies). As you explore, you will find certain items that will make your quest easier, or will be helpful in one way or another, like a device that will let you hack doors and goggles that will let you scan areas.

Visually, we're aiming this to be very TRON LEGACY looking, with clean surfaces, nice light effects and things like that, so we can play with visual styles a little bit, while staying away from other futuristic games. In case you don't remember how TRON looks like, here's a reminder:

We're currently working on concept design for the different areas, items and the main character. The image below shows some references I gathered to design her. At first we were thinking about some sort of armor (a metal armor or a kevlar armor) but then I thought that wouldn't be good since she runs around and jumps a lot, and an armor would be too heavy for that, so we're thinking about other ways to make it look protective without it being too heavy (by "protective" I don't mean "being able to stop bullets," though). 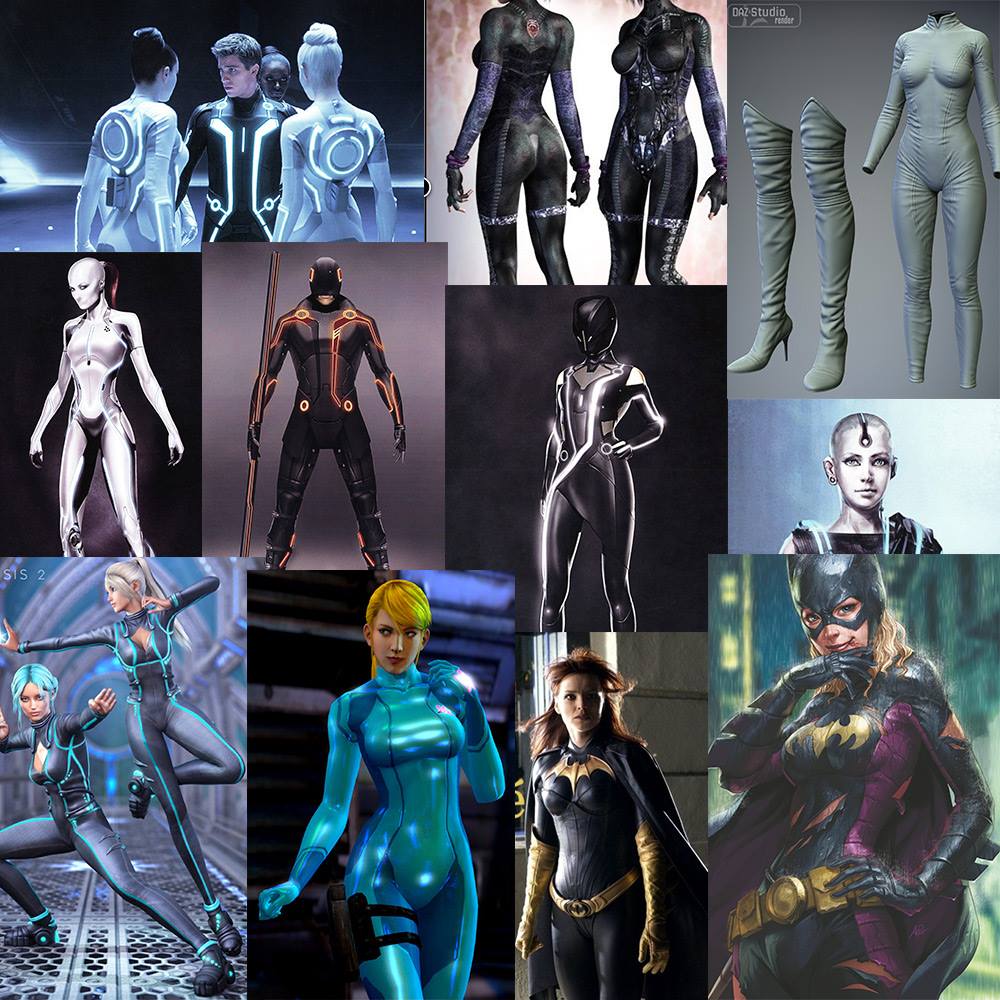 More info when we can.