In real life each ship is a complex system with hundreds and thousands of components closely related to each other. It is near to impossible to reproduce all this complexity in game and even if done it will be too complicated for player. But it is possible to reproduce key mechanics with enough precision to get away from arcade ship model with health points bar and remain playability at the same time. Here is the first article about ship model in Naval Hurricane game covering ship compartments, bulkheads and buoyancy.

While player can always see quick overview of ship status by moving mouse to the ship box in the upper left corner of the screen it can be very useful to know what exactly broken. And X-Ray view can help a lot here. During moving ship sub-turn and weapons management sub-turn player can hit ‘i’ key (default) to turn X-Ray view on and see something like this: 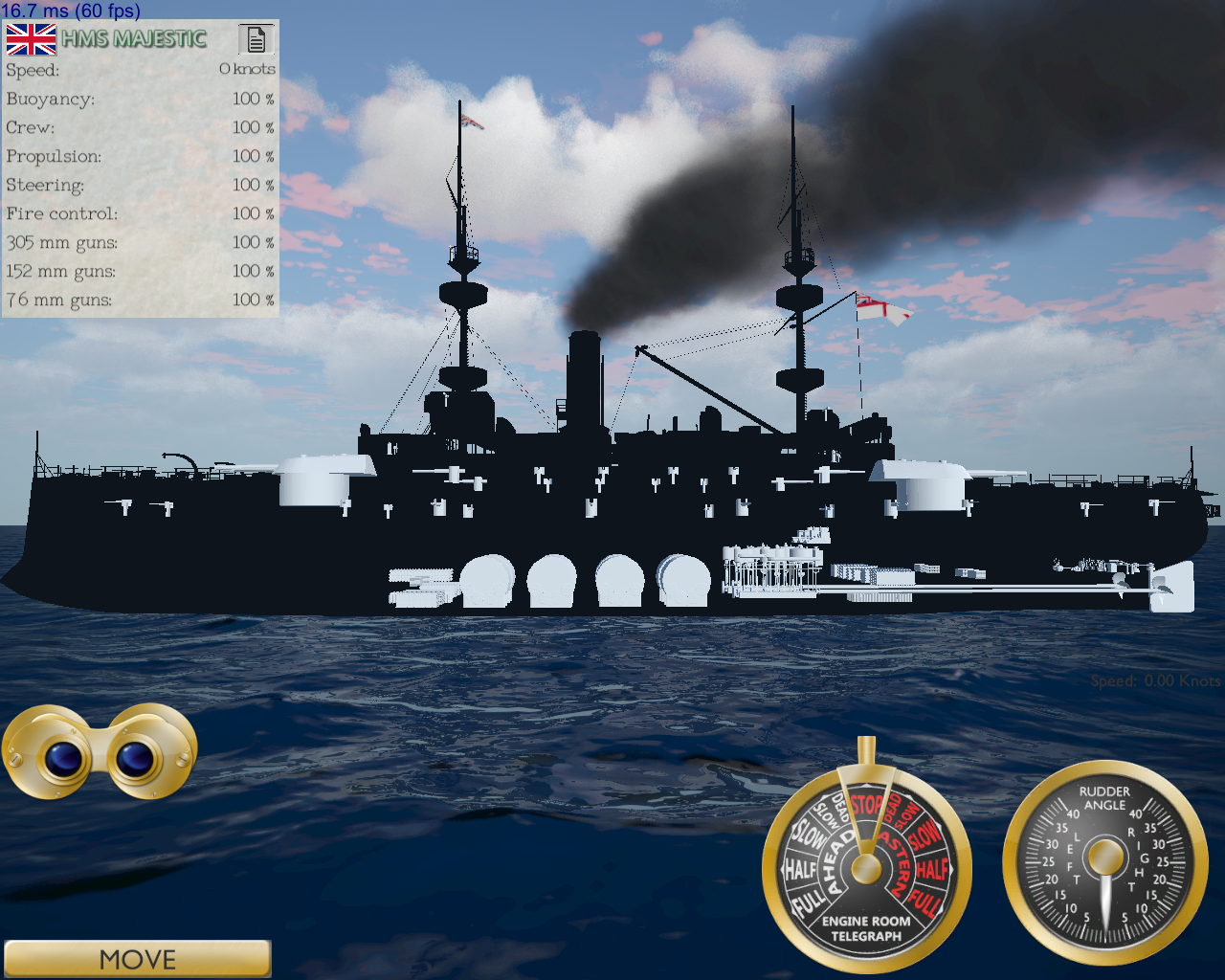 Problems in compartments like flooding or fire as well as status of modules are displayed here.

Compartments are isolated closed volumes of ship. Most of modules as well as most of ship crew located in compartments. Explosions and projectiles hitting compartment can kill or injure crew, damage modules inside of compartment and can lead to flooding and losing buoyancy as a result. Below you can see compartments model of Majestic class battleships in the game. 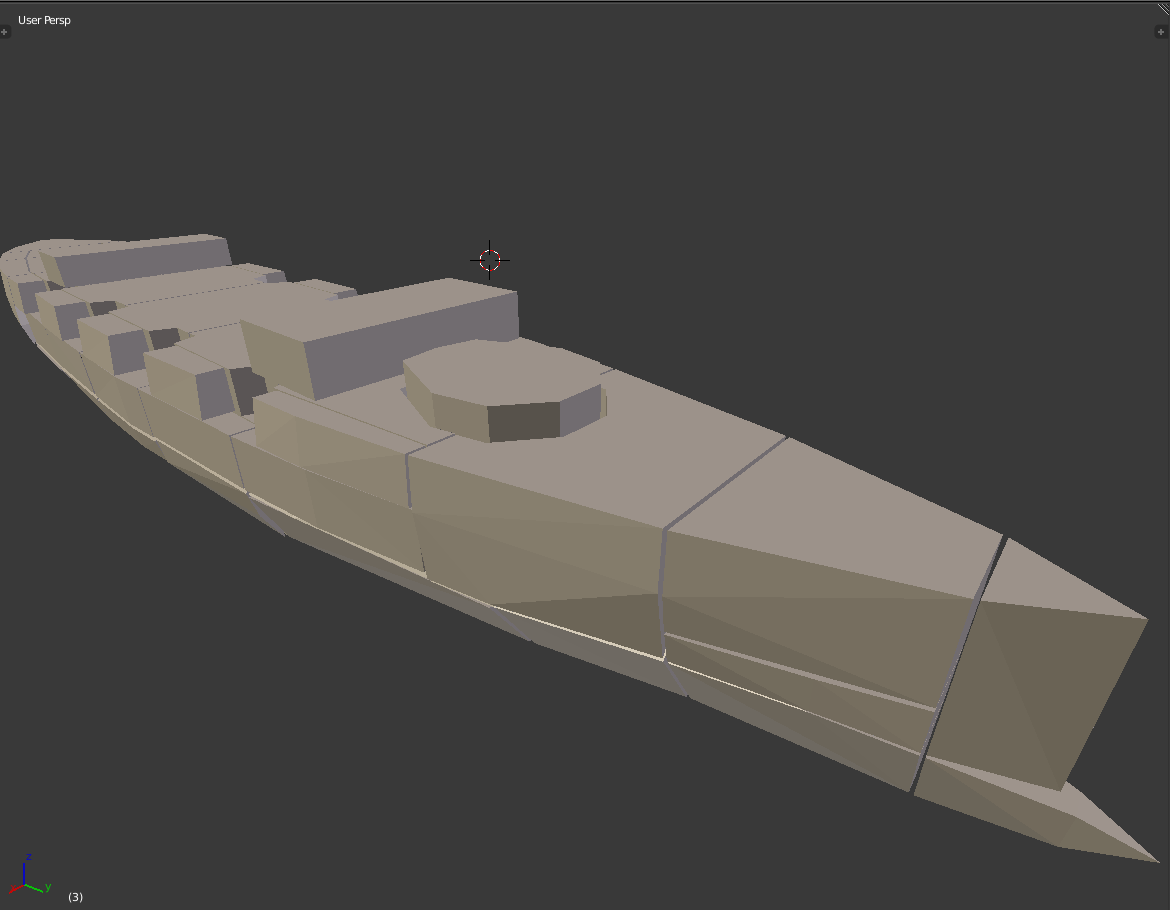 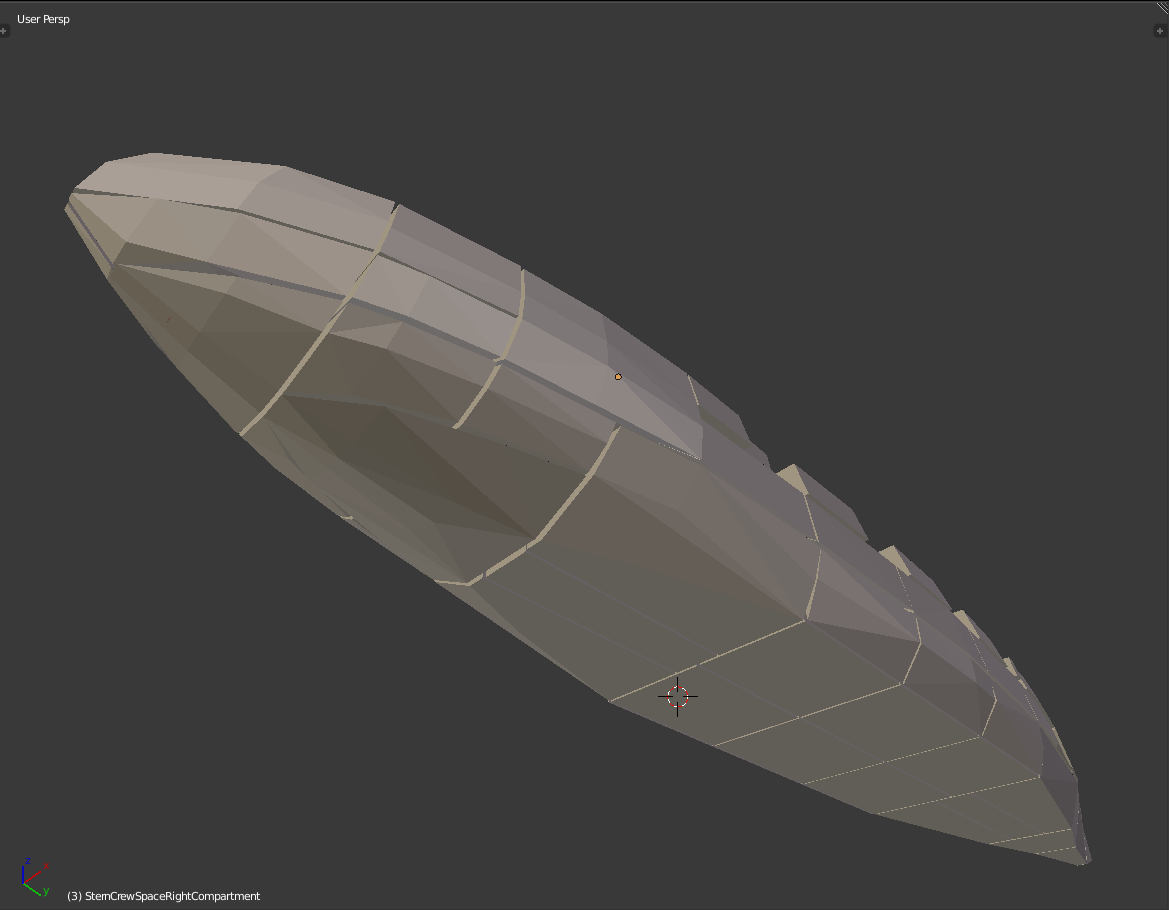 The buoyancy of the ship is concentrated in the compartments. Flooding compartments leads to losing appropriate buoyancy amount and increasing mass of the ship. It also leads to roll and trim which can prevent from setting desired elevation to artillery. When buoyancy becomes not enough to keep ship on water surface ship starts to sink and player loses control on it. Below you can see flooding of compartments of Majestic battleship after torpedo hit its bow. 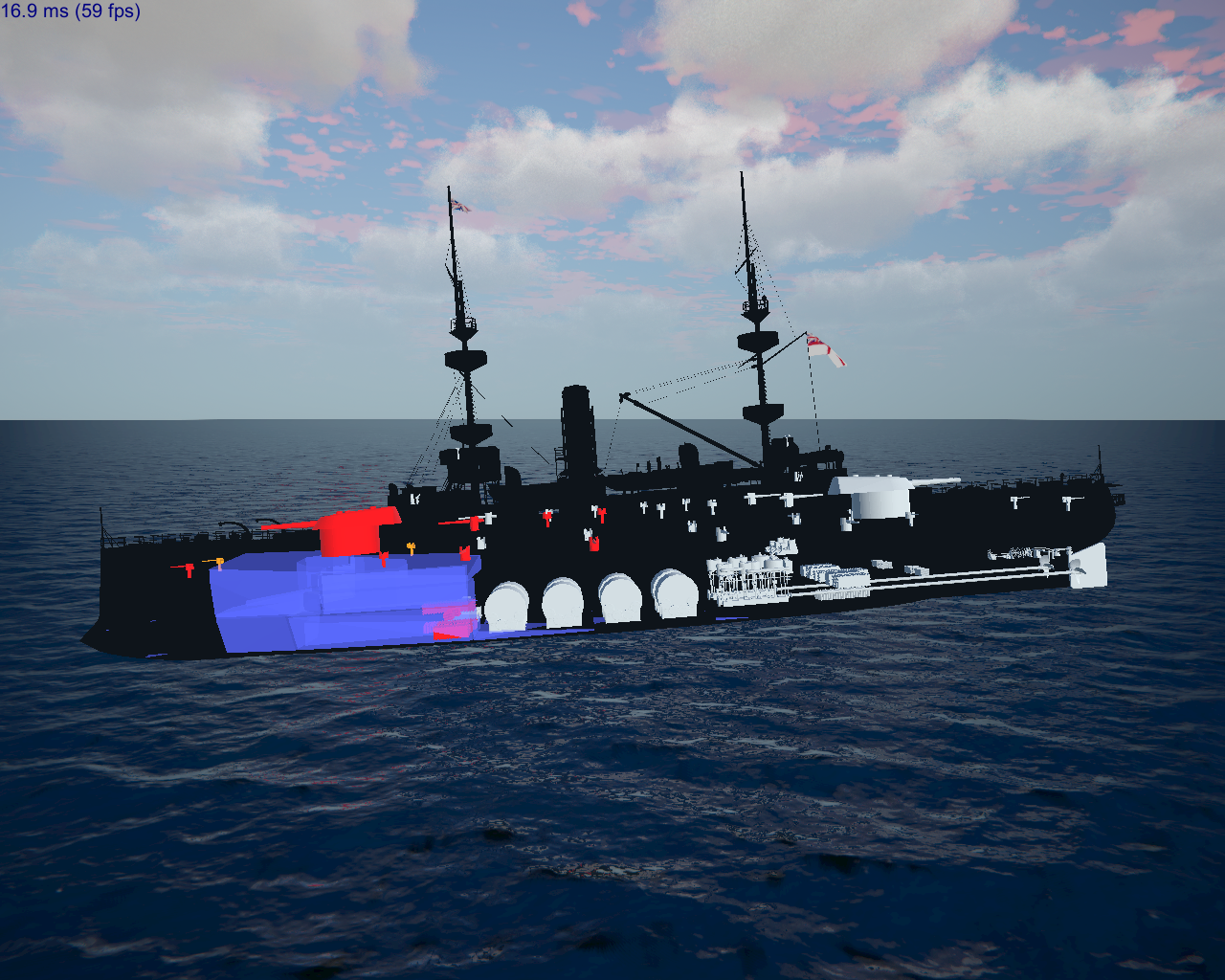 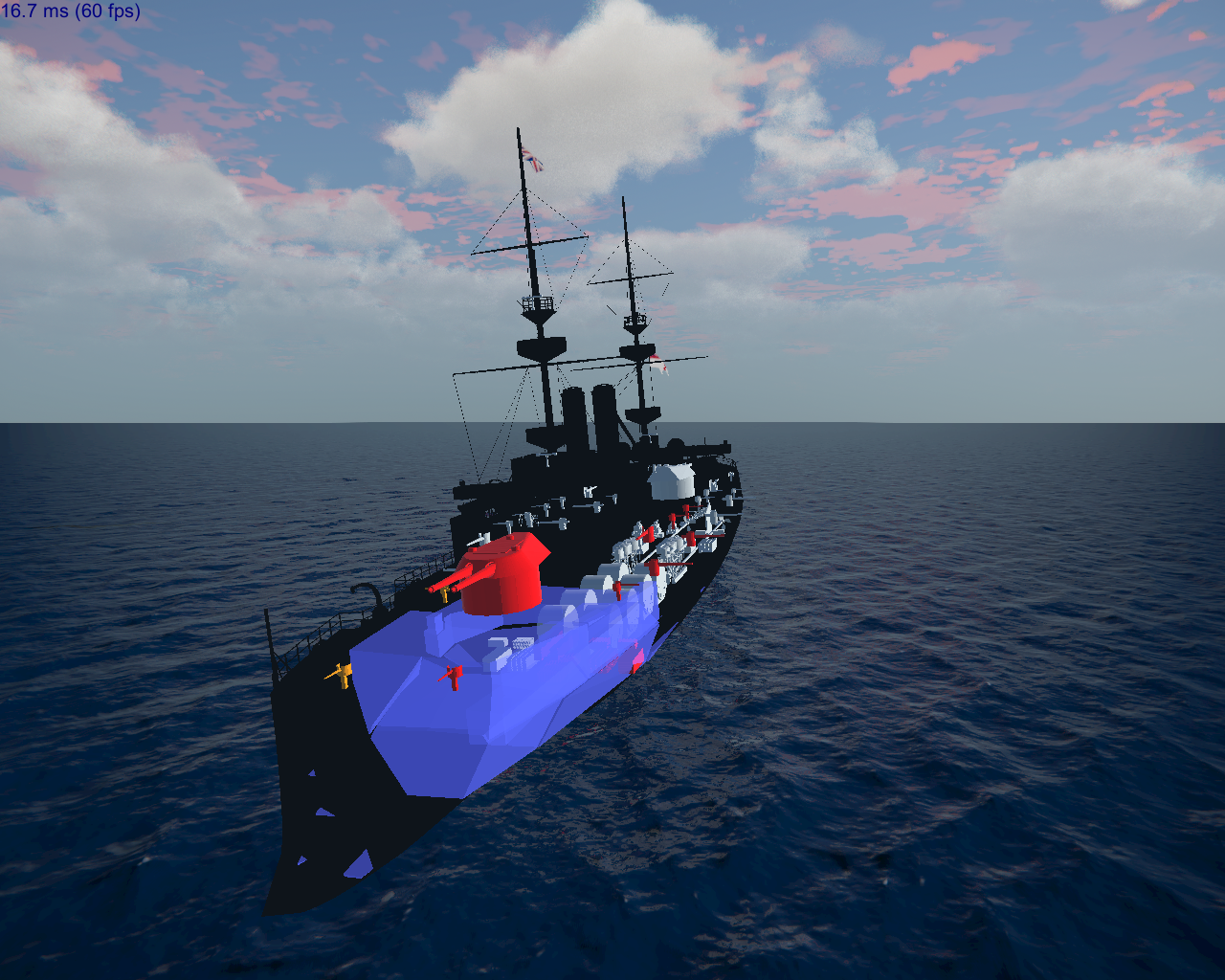 Besides ruptures from projectiles and blast waves flooding can spread to neighbor compartments in two ways:

Flooding can damage modules and kill crew. Crew is auto evacuated from compartments when too much water is poured into it. But like in real life flooding can extinguish the fire. That is used to prevent magazines detonation, for example. These artificial floodings are part of damage control in the game and will be covered in further articles.

And that’s all for today. Next time I will tell about modules of the ship and how they interact to each other. Have a nice day.