You are hear well! Run at your table and cover it with green baize, prepares the hills of cork and wire trees. Saxons, Britons, Picts, irish ... everyone is ready for battle.

What is Brytenwalda The Wargame?

Brytenwalda is a ruleset which will allow you to recreate battles and raids during the so called British “Age of Arthur” and Saxon invasion. In Brytenwalda you'll impersonate a Chieftain during the Dark Ages, commanding his men in the defence of their homelands or looting and burning those belonging to your enemies.
Although the Dark Ages were an extremely violent era with a great number of battles and raids, but only a few were detailed in the chronicles, such as decisive pitch battles or those in which an important person died. Brytenwalda is focused on these kinds of battles which the modern wargamer would call a “skirmish”. While you wont be able to re-enact the Battle of Hastings in Brytenwalda, you'll have plenty of fun leading a band of Scot-Irish pirates, a group of raiding Saxons or a unit of Romano-British pedites patrolling the frontier.

who is the director of this great project?
His name is Endakil. you have seen him by this forum. When he is not creating the rules, he is play to our dear mod. It is best to present himself in this thread and add more information about his creation.
It has been a several months of hard work, and it wouln't be possible without the help of all the reenactment partners, Thomas Gabel, Alberto Fuentevilla De Diego, Blacksmith and all the deviantartists which shared their textures. But finally it is here. 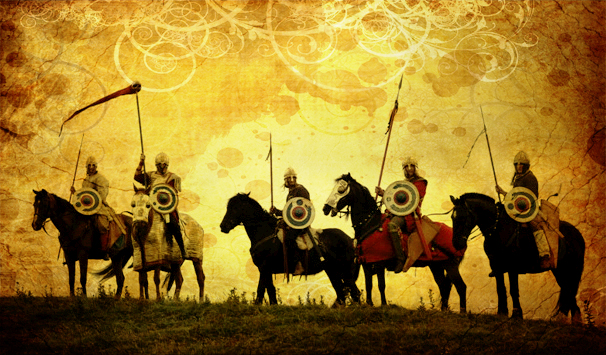 Brytenwalda is an open set for mature gamers.
It is open because, as Creative Commons licensed project, you'll be free to adapt the game in any way you feel more confortable with. There is no written in stone rules, you can change whatever you want. You can even set this rules into another time: in Brytenwalda you'll find the rules to create your own warriors or whole warbands so, why not playing in the times of Rome, the Crusades or in a fantasy world?
It is for mature gamers because it is not focused in competitive manners nor thought as game for tournaments. This is just for fun... and fun is what a game should be. 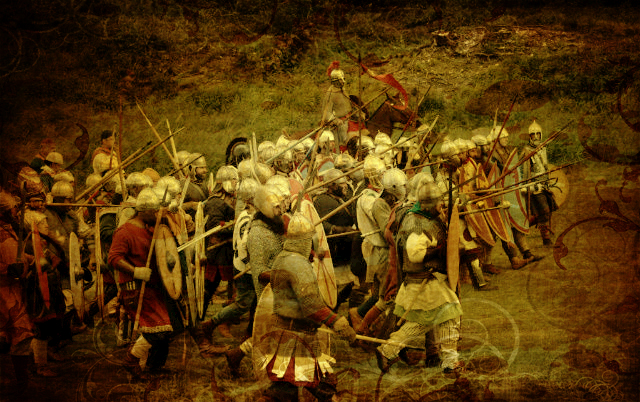 And, of course, Brytenwalda is all for free. You can choose to download the black and white printer friendly edition or the the full color deluxe edition.
We'll continue working on the British Dark Ages, and Blooze and Sir Nigel are into the Spanish translation right now, but if you feel you got something you'd like to share just let me know; I'll be happy to know about it. 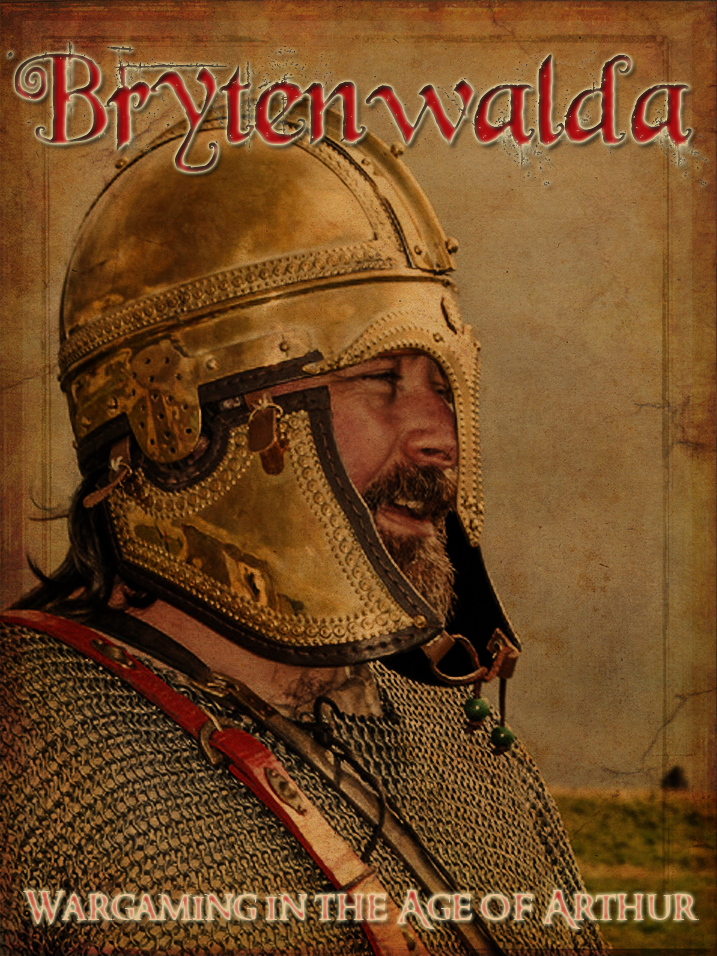 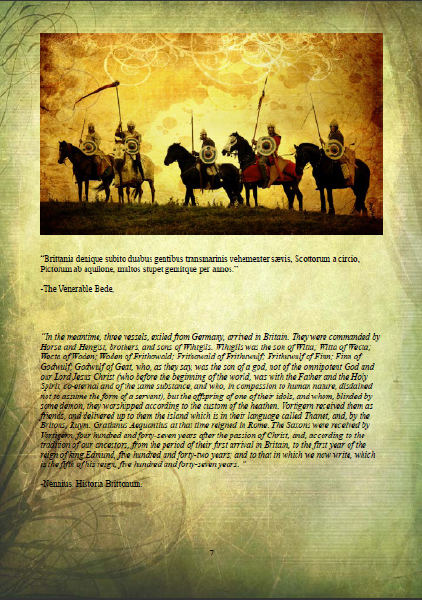 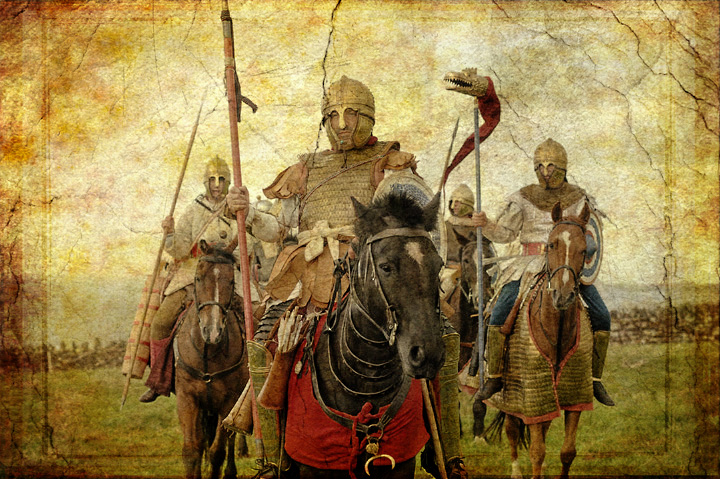 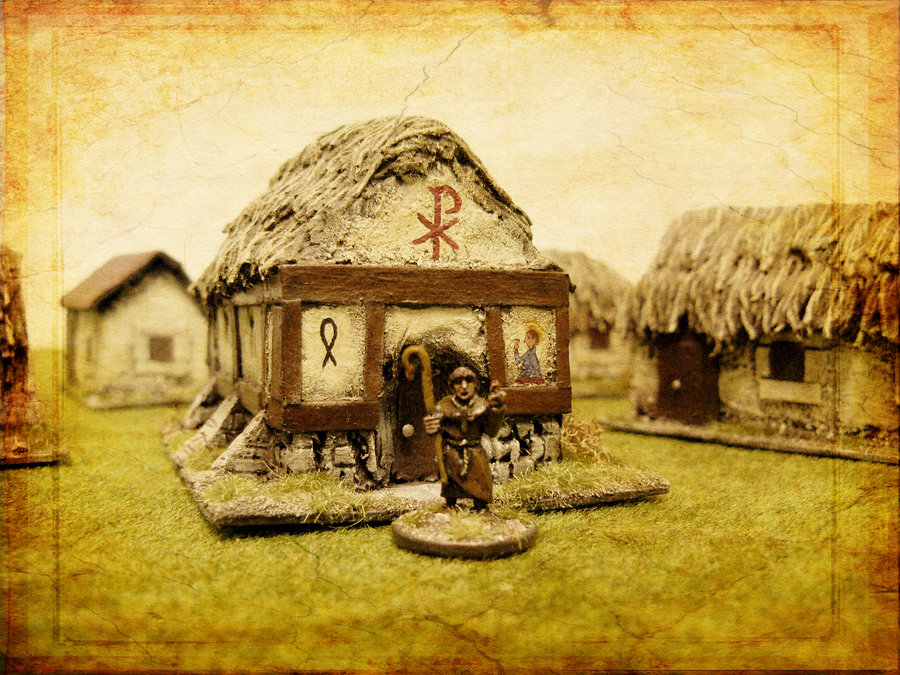 This remmember me to Adorno´s scenes 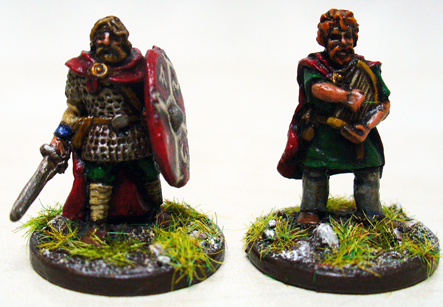