Although v3.5 ,the latest installment of BotB Mod is quite stable, there are a few bugs already known to the team that are not easy, if not impossible to fix. yet. I would like to share some of them. If you are a BotB player, a lot of things in this list may be familiar to you. Maybe you can help us sort some out...

1. The glitchy towing of guns 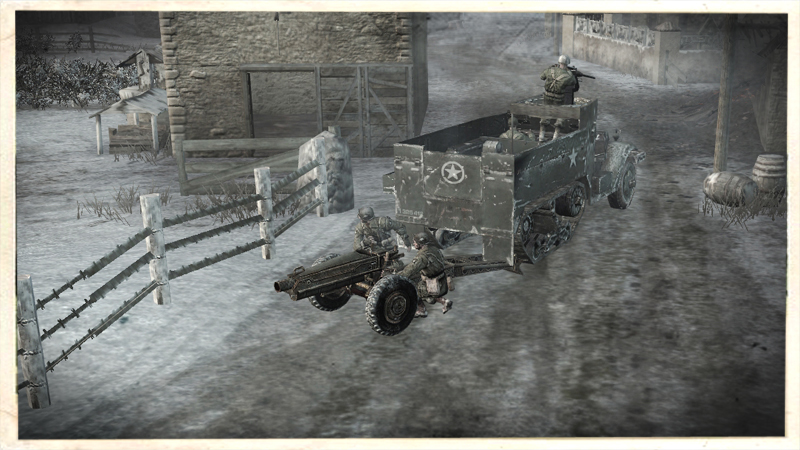 BotB enables you to load artillery / guns in Halftracks and Trucks, so they can be towed
and therefore they can be moved much faster.
I implemented this because of realistic & tactical reasons. It makes much sense, imho.

The Crew does not leave the gun when towed. The towing is looks weird, as the gun has no
towing position and is somehow only tracked behind the HT/Truck. Worse, the animation lags behind
making the gun constantly jumping forwardto catch up. I also had to limit the number of
transportable squads to one at a time, because loading a gun and another squad would lead to even worse bugs, like disappearing gun crews.

This is a really nasty one. I spent a lot of time to achieve a visually satisfying towing system,
but CoHs game mechanic is not made for that. It is special game animation work that is requiered,
and takes knowledge I dont have. And only one modder seems to have achieved this,
but he did not share his knowledge yet.
So the decision was to keep it or take it out again.

Despite all these cons, the tactical value and the boost in gameplay realism still makes me
keeping it in the mod. What do you think? 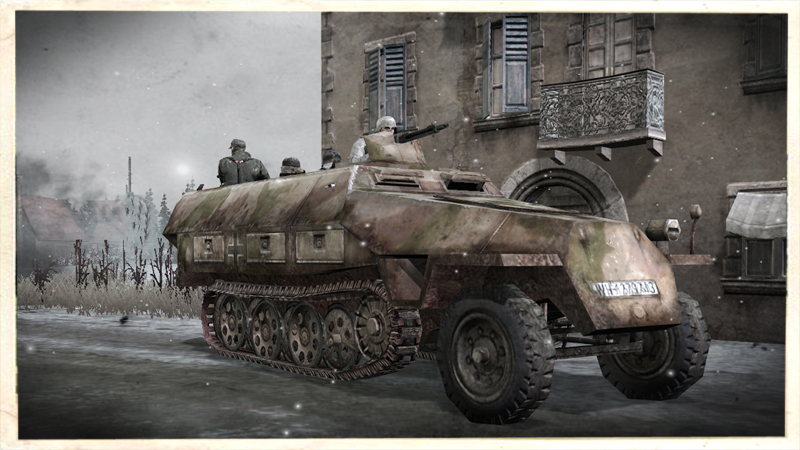 Thats not really a bug, but it does look weird, too. I made the permament machine gunner an upgrade for both 251 and M3. Normally the MGs are activated by an entering squad, like on the vanilla Halftracks ->squad moves in, Mgs are manned, when squad moves out, they leave the MG.
Since I made the upgrade, the automatic usage of MGs does not work. I had to remove that and tried to replace it with a requirement action, to only use the front MG when the upgrade is not present.
That does not work and forces me to leave the front MG unused until the upgrade has been bought.

Status: Just after writing this article I tried a few possible solutions, and finally one of them worked. Sothis will be fixed in the next hotfix/update 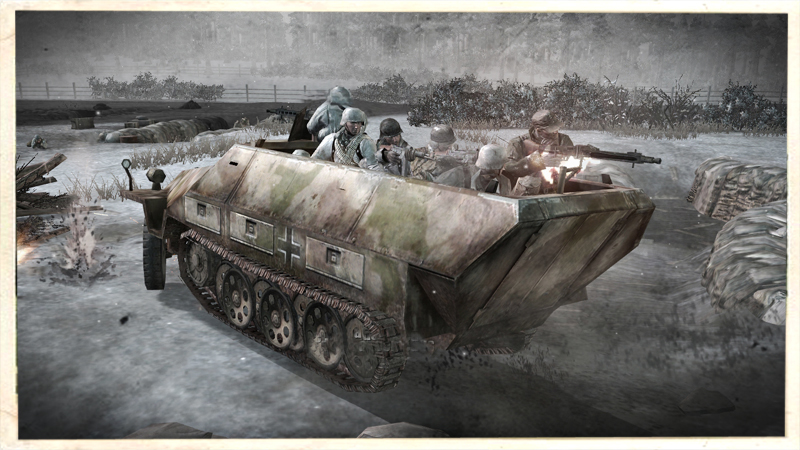 If a squad is loaded on board the Halftrack, it shows up and can engage combat from within.
The soldiers just cant turn. visually. They do, for the game. So you may see them fire to the
front, but their bodies still face backwards.

Status: Still in search for the reason. If it is a 3d model issue, it propably might stay that way.

If you load a saved game, you will receive an AI/Sync Eror. This is caused by some custom AI script
and I need to dig more into this. Sweeten 2231 made the code for N44 Mod and modified it to our needs. But he retired, and as my AI knowledge is very limited, it will be hard to figure out what causes the bug.

But most times , you can just click on "continue " in the pause-menu, and the savegame works.

4. The missing speech for "transfered" units 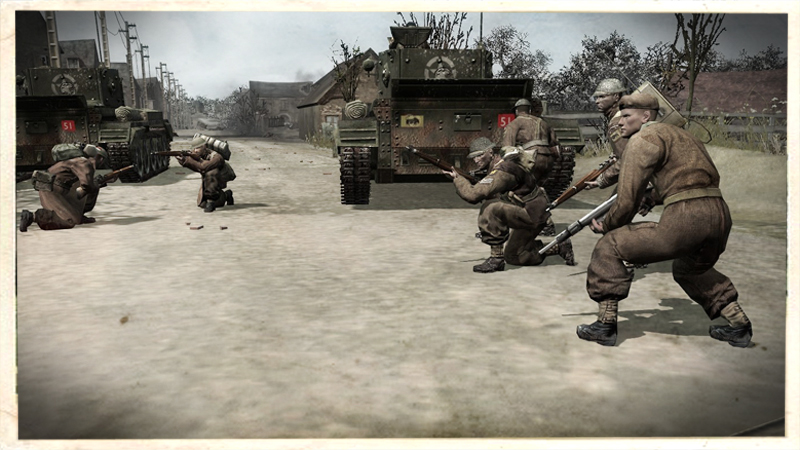 Fallschirmjagers and Brits dont talk. Hetzers, Marders, Wirbelwinds & so on either.
Thats caused by the transfer to another fraction.
The Fallschirmjagers speech f.e. is located in another archive, the PE speech. As they are now Wehr, they cant use it anymore.Same with the british, who are now technically Americans. ;)
There is a way to add those speeches for CoH and I did that. Unfortunately , it seems
that this method only works for your own language speechfiles.
As I made the mod using the german version, the speech seems to work only in the german version.
Unfortunately there is no solution for this yet. But to encircle this, we need your feedback.

Status: Which language do you use ( speech ) and do you hear Falls & Brits talk? Or not?

The M5a1 Stuart, either produced in the Motorpool or called in as reinforcement,
can pass through low walls without damaging them or taking damage. That looks silly and maybe we should consider renaming the Stuart to "Priest". It can crush those low walls anyway, but it's odd that the wall still is intact
.
Status: fixed for next patch

The M7 Priest has a blueish/greenish box under the hull which you can see
if you look at it from a lower back perspective. Soemtimes it is not there.
I have absolutely no idea why that happens.

The gunner is missing on the Flak 38 of the 251/17. While just a graphical thing, it looks stupid.
Have tried a lot, and really dont know whats happening, so I decided to release despite of that bug.

Status: I hope to fix that for a later release / patch.

Everything was fine with the map until release. Then a pink wall apeared.
Pink objects indicate missing textures. Which is kind of a miracle, as this is a default object
and the texture SHOULD be there, because it is a part of original CoH. The joy of modding.

Status: Adressed already, and will be part of the next hotfix / update.

This thread will be updated regularly. Hopefully it will be a really short list someday.

Some maps have purple textures i will try to upload pic

wheels turn pink ?! of a special vehicle? or in general? can you make a screnshot when that happens?
"german and american building" also is not very precise. ;)

If you're using the "realist skin pack" for vanilla COH, that stuff make other mod's crazy! That happend to me...

no I don'r use any skin pack,
@ Halftrack I'll try to do that, the wheels don't turn pink fully, a box (I think) around them is pink and that only occurs when the wheels get blown off the tank or halftrack

still? omg, this is haunting me forever. I thought I eliminated it. :D

Oh yes, sorry.
It was from the last version.

Flakpanzer, is pink, but this is not only in your mod, but in BK and EaW happens the same! (Flakpanzer 38 I think I'm not sure of the right model right now, it's the one that uses the marder III Chassis)

Yes, its the Flakpanzer 38.
But I have a testing version, where it looks fine
and never heard of that from any of the Betatesters. :-/

I run all on ultra, with the model detail slider all the way up, it only happens with that model though :/

fixed the holy stuart for the next patch. it was so damn obvious, if you know where to look. ^^