Version 0.6 comes with a fuller set of improvements than any before. We show you just a few of them, so you can know what to expect of the BLESSED release...

Will the wait have been worth it?
Well, I certainly hope so!

("hope is the first step to disappointment", says a certain grimdark subtitle of the game. But best not dwell on that...) 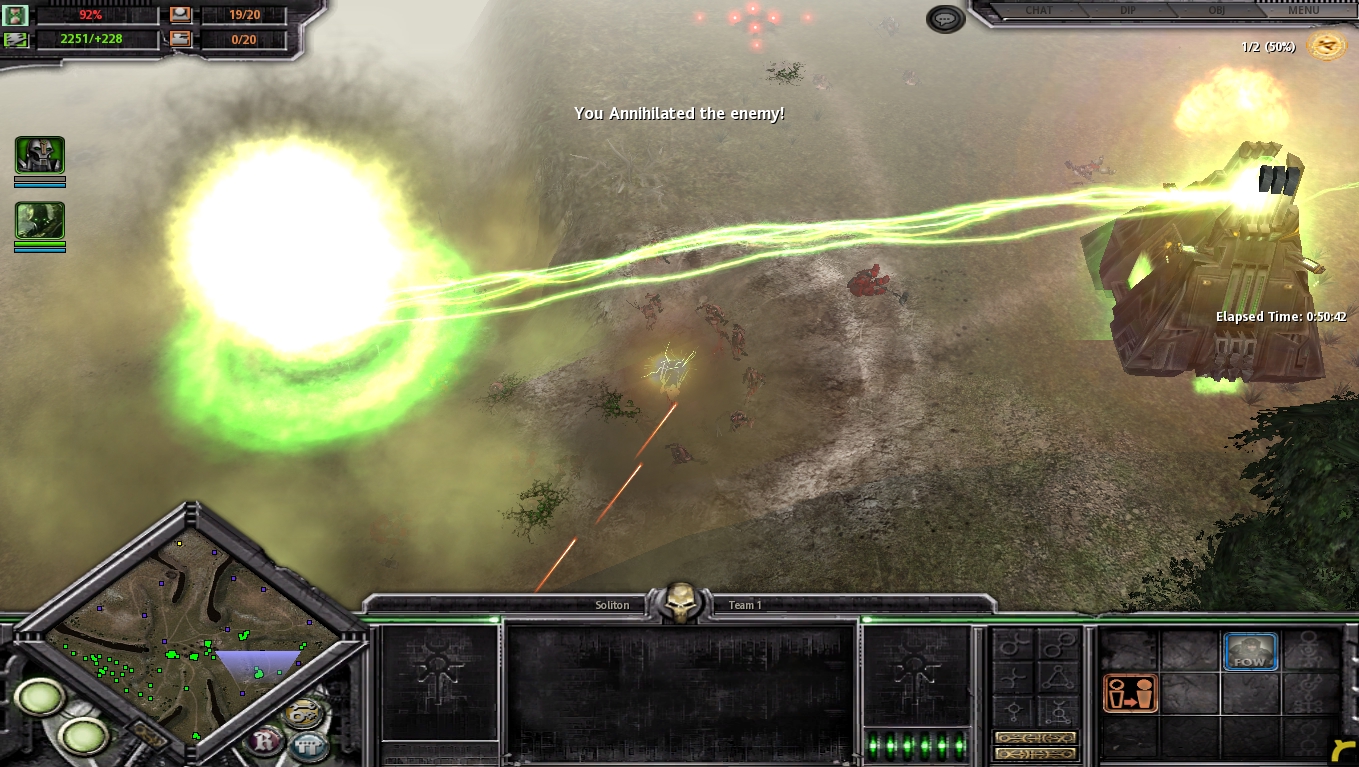 In any case, we have the new release ready.

In it you will find multiple bugfixes, improvements, new features, and everything that makes the game closer to it's original vision: Tactical, strategical depth and a more fuller set of campaign features, where everyone can use deep strike squads and forward bases with their own unique twist.

The actual goal of it is still to anhilate your enemy, though, so don't gett TOO caught up in your newer, nicer bases with kustom skinned orks...

- We introduce the Grot Base Growth Mechanic. Each new Ork building, even repeated ones, give you an extra max grot for your squads. If you build a base large enough, you can even swarm your enemies with grots, which are much more accurate now (as they are in lore) and can use nukes.

- The Ork Crashsite is the hotspot for the Kult of Speed. This new buildable, well, building, lets you concentrate fire and speed related upgrades and is the place to recruit the new and "improved" (?) Fighta Bombas (which have an upgrade for the Grot Bombs, that fire much faster), as well as as 'Eavy Stormboyz.

- Waagh Banners are cheaper, but increase in cost and build time as you build more. Do not worry! The Giant Waagh Banner will compensate for this, as it makes them cheaper. Waagh Banner upgrades also give you extra cap, specilly useful for vehicles. Now ork mech is viable!

- Killa Kans have a buyable powerful Burna, as well as new effects for their machineguns, and retain half their machinegun fiurepower even when equipped with missiles, making them a fearsome weapon platform. Beware their morale though, as they go berserk! 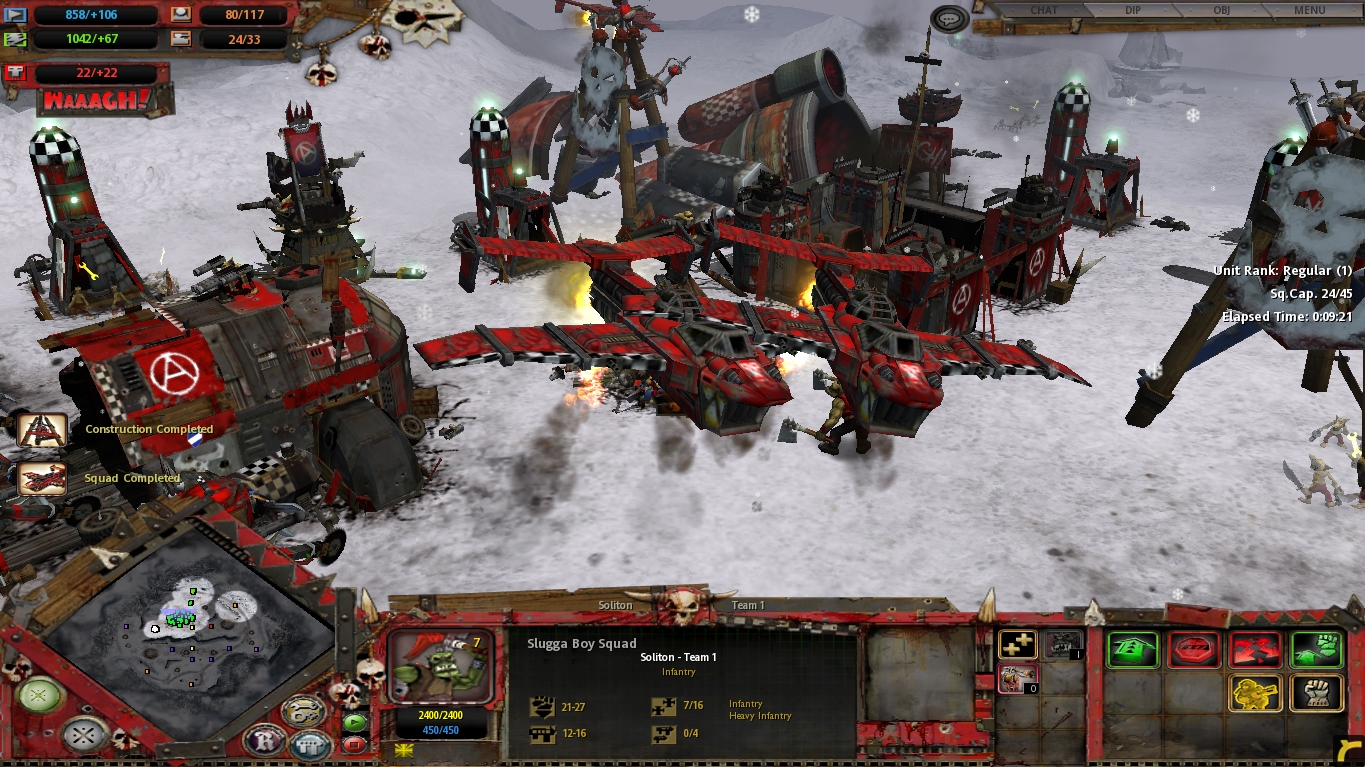 Even as Orks steal the spotlight, there is something for almost everyone:

- Imperial guard detection and new textures, Tau Earth Caste Builders can use Shield Drones, there is a rearregement of some carnivore tech, Sisters of Battle got multiple fixes and removed vehicle number limitation (5 Exorcist artillery, anyone?), faster abilities that cost resources for many factions,Sisters Priest being Faithful, more use for Faith, fixes for campaign, six squads in Garrison and six (somewhat different) squads in Deep Strike, and so on and so forth... 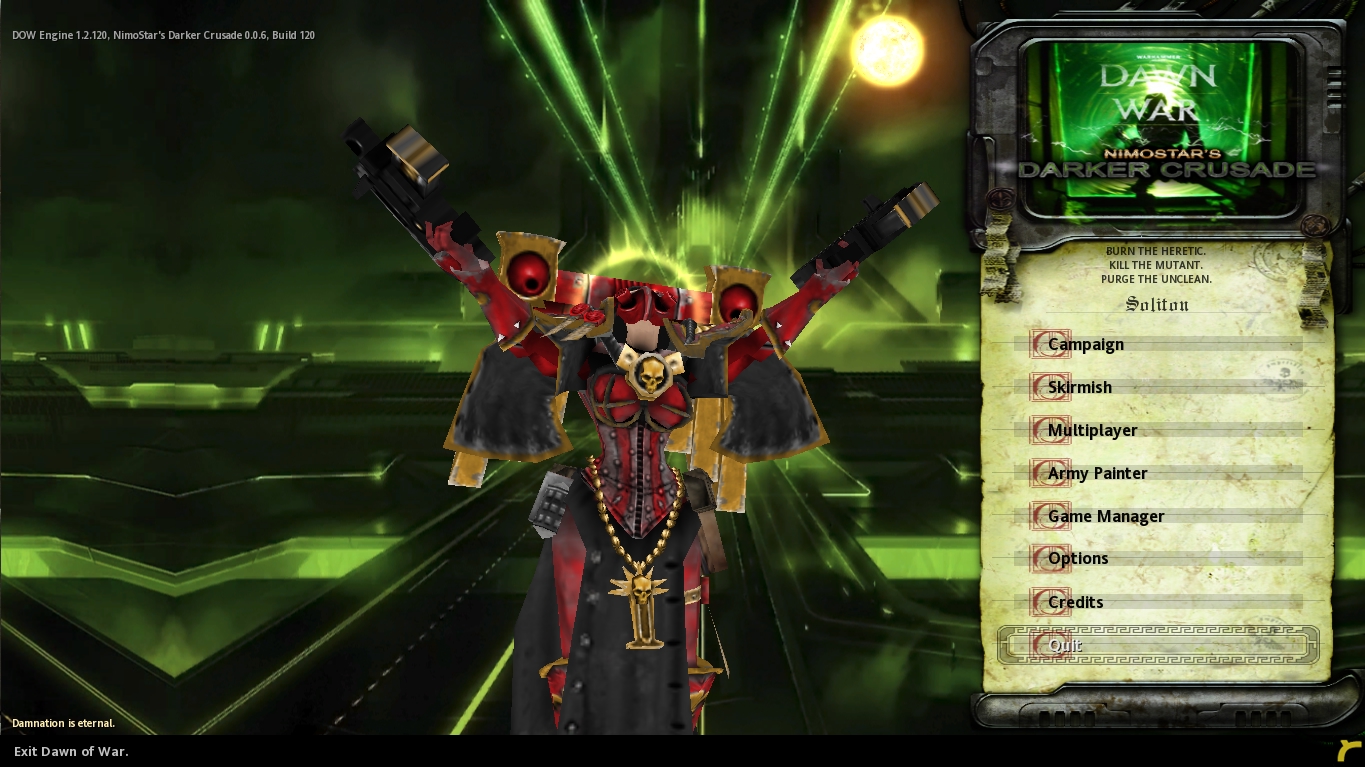 Praised be the Emprah'! How to forget the new units for the preview? One for each race, because we know after over 15 years, you are tired of seeing justthe leaders. Now others have a chance to shine, from the Steath Tea Shas'vre to the Techpriest Engineer...

Trivia: Even if you cannot believe it... 75% of the work was spent just to get the killa kan burna to work. The 95%+ of other changes was done much easier than that single bork weapon addition, which was made on long sleepless nights (!)

Umm, how is it related to Insurrection Alert where this article is posted?
I would except there to be something like "Oh no update for this mod, but check out my Dawn of War mod called Darker Crusade", I just do not see currently how this article would fit into Yuri's Revenge mod articles.
At the same time Darker Crusade does not even have article about that version, so it just seems that maybe it is by mistake misplaced on wrong mod.