Unique visual method for software development allows you to create rapid iterations of your project and have instant feedback of what is going on. There are many benefits of working with Quest3D and one of the most important ones is definitely the channel system. You don’t have to worry about syntax errors but instead you can focus 100% on the end result.

Quest3D has proven to be an invaluable asset and a key element in professional real-time 3D application development. The new object orientation functionality of Quest3D makes it the perfect choice for larger projects.

With Quest3D you can build almost any 3D application you want. With some simple clicks you have an executable or web site ready and finished for your customers.

Presentation of a new weapon in the game

During all time, we continue our work to complete our project Space Battle: Humanity, a sci-fi strategy game.

The screenshot below shows around 90 units. 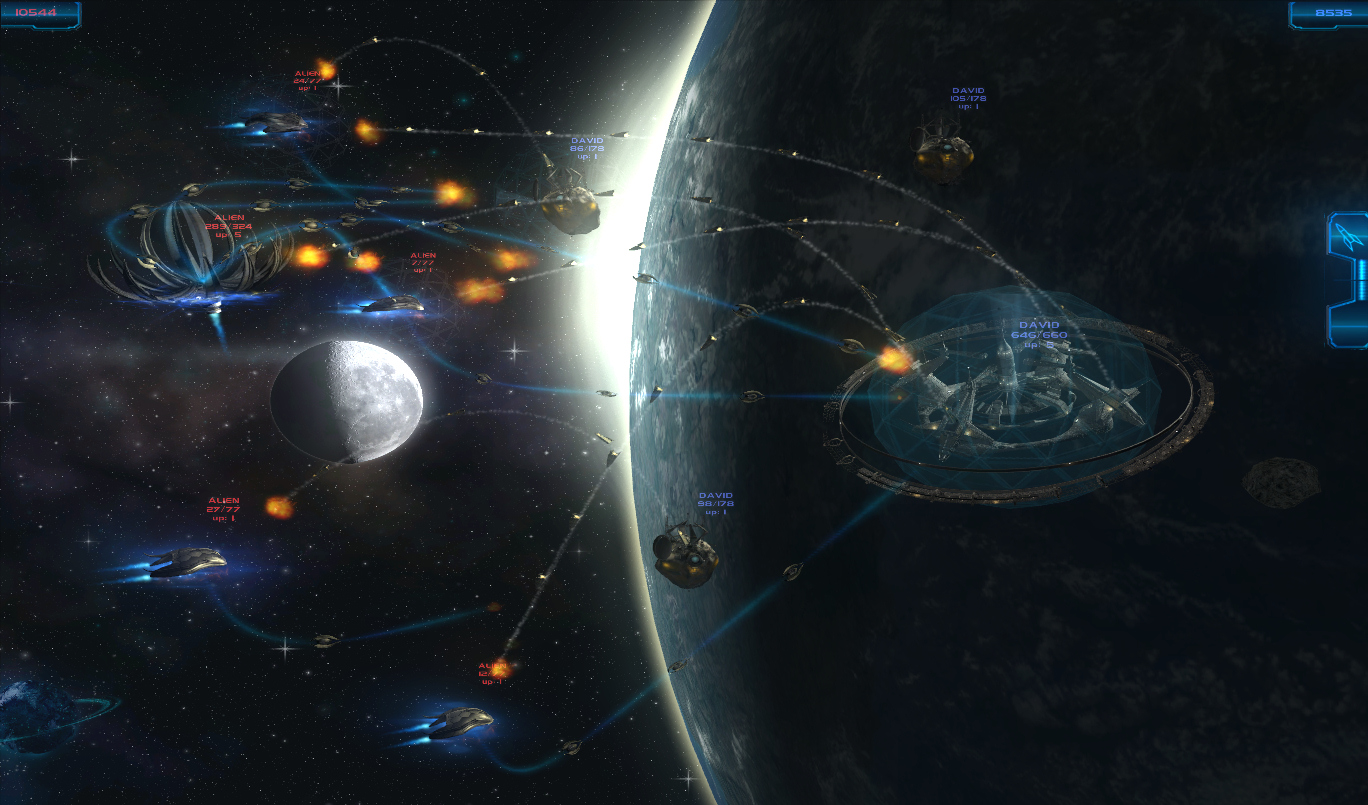 It’s possible to release several hundreds of them. The flying out units are 3D models. Only when I released 1,140 units, the FPS dropped do 26.

The screenshot below shows a bomb being used. The bomb destroys all enemy units currently outside of their base. 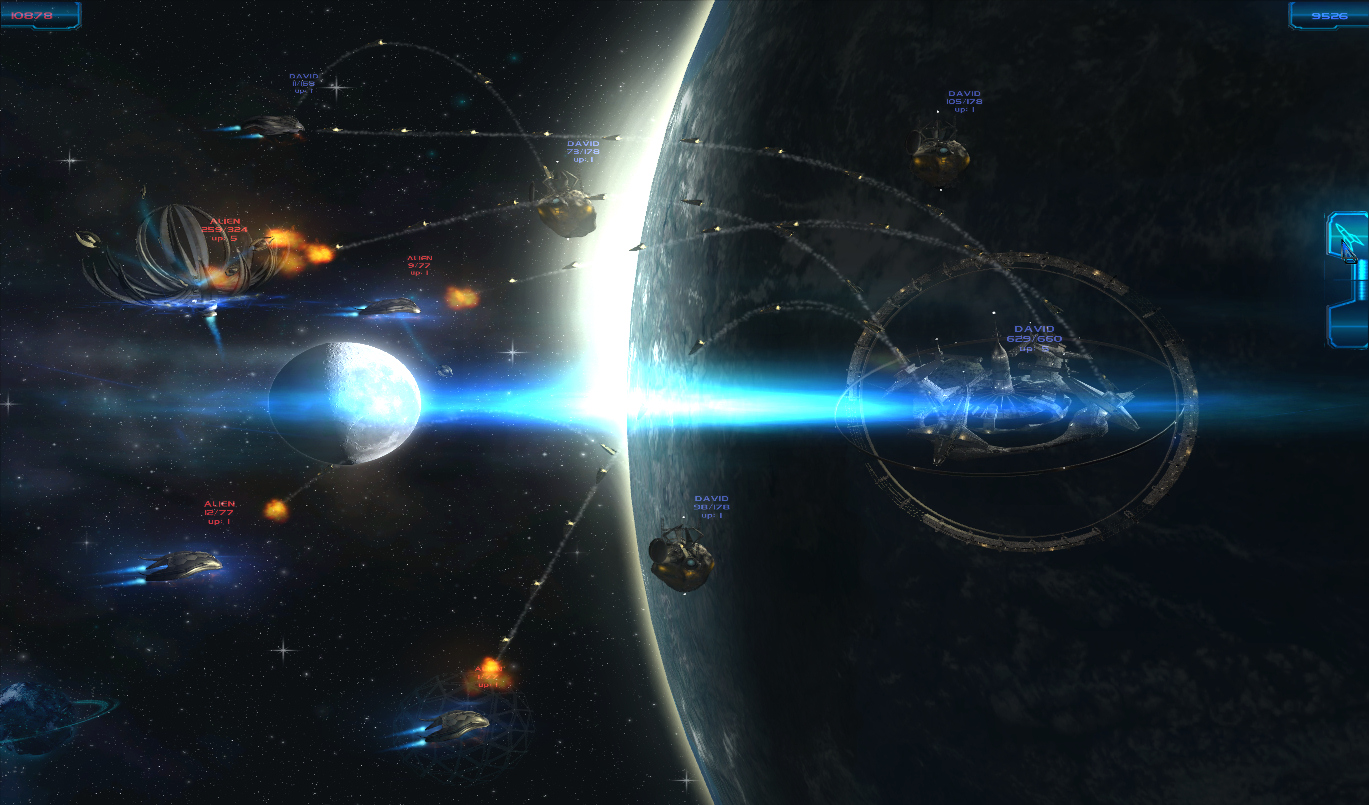 Here is more screenshots from gameplay: 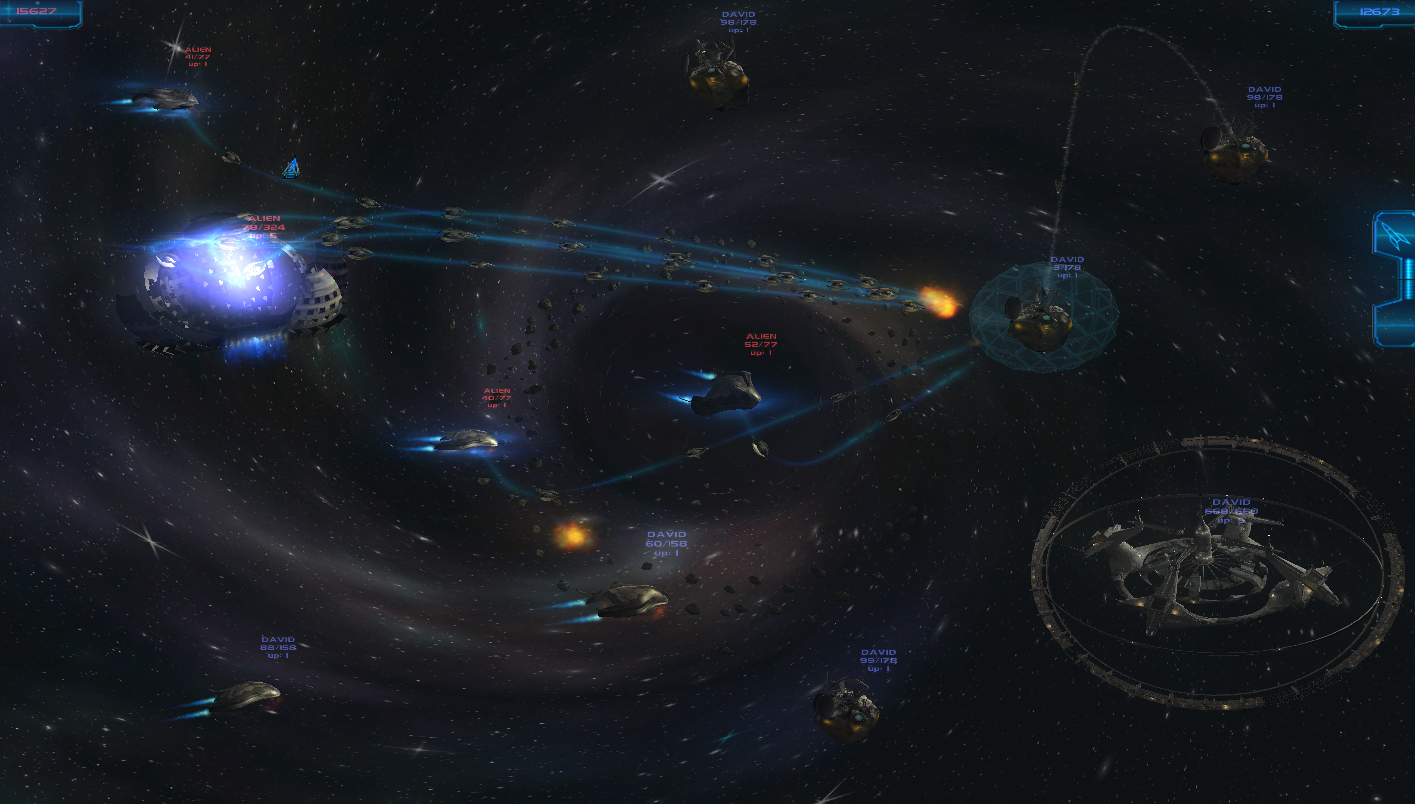 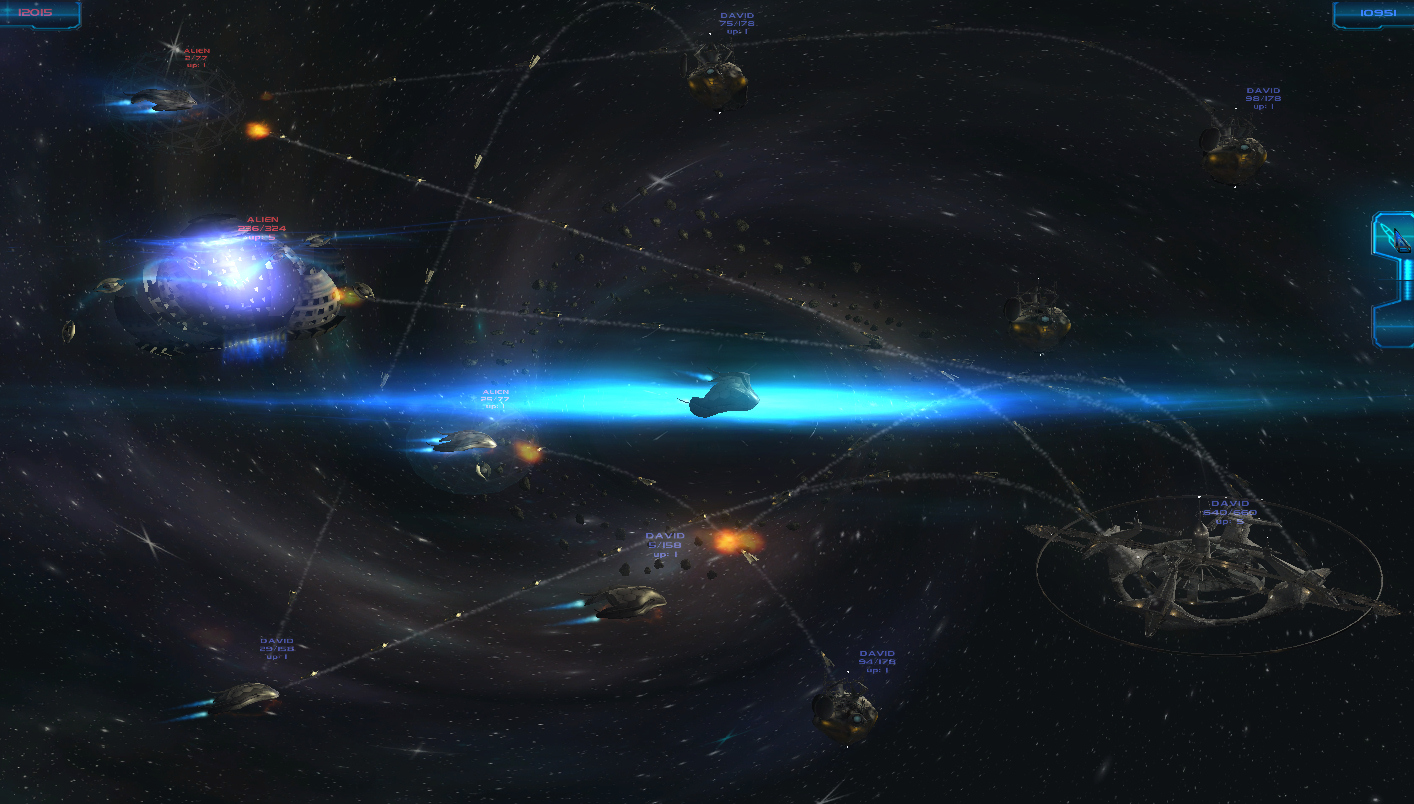 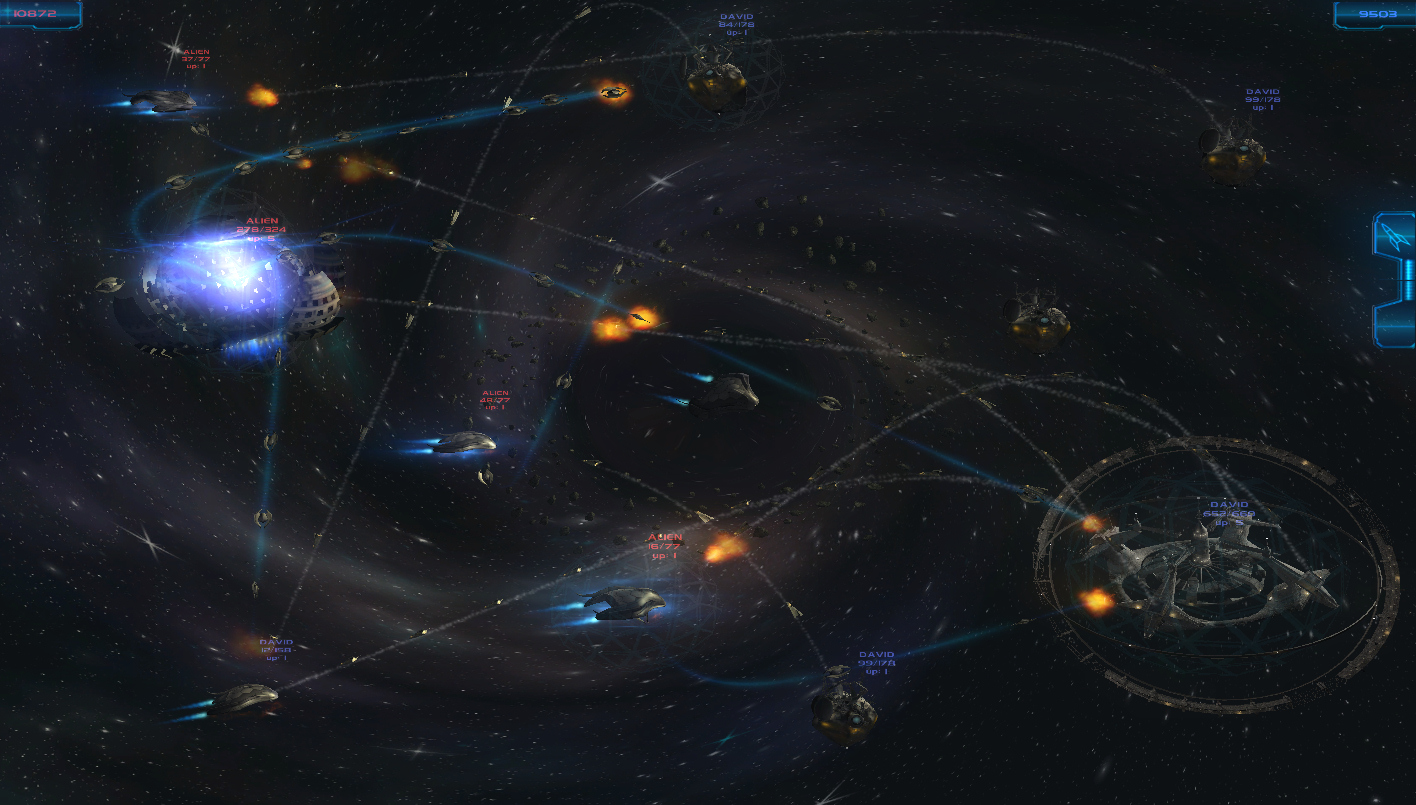 We're working on a demo version Run Crabby Run. We count on your support on the subject and a some advice about our game.

Grab a set of never-before bundled games in the latest IndieRoyale featuring: Unmechanical, The Path, Krater, Sugar Cube and OIO.

PROJECT AURA is a simulation/strategy videogame, where you take control of a colony of survivors to the climate disaster.

I propose to nice adventure game for everyone - Run Crabby Run. You can play on your PC using keyboard or gamepad! Game description below.

Ever wondered how it would feel to sail a half a million ton Supertanker through the perfect storm? To take on illegal whale hunters in the Antarctic?...

The Path is a short horror game inspired by older versions of Little Red Riding Hood, set in the modern day. The Path offers an atmospheric experience...

Dark-bit Labs is a Group of Independent Game Developers what was founded in December 2010 and deals with the development of PC and Console Games. Our...

Ship Simulator 2008 is a realistic simulation game that puts players at the helm of some of the most varied and detailed ships to be found at sea. Players...

Ship Simulator 2006 is the classic ship simulation game, in which you can steer various ships in different environments. Both the graphical quality of...

On Fantasy Creative Game . The Game For You Mind . Notion Notion For Worked You Mind In This Game You Most Run a ball .

Mod SDK & Community
Built a game for Quest3D and want to support mods? Try mod.io, a cross-platform mod SDK created by Mod DB which makes it easy to get a mod community up and running in-game. Currently seeking games to integrate and promote