This second part of Mutants Model Pack can be found here - Moddb.com

There is a preview image inside each of the folders. Copy the "gamedata" folder related to the new models you want in game into CoC dir, overwrite files if asked. If/when you want to revert back to the previous models, apply into CoC dir the "gamedata" located inside the "gamedata_backup" folder of the corresponding mutant.

Please report back if you find any bug. 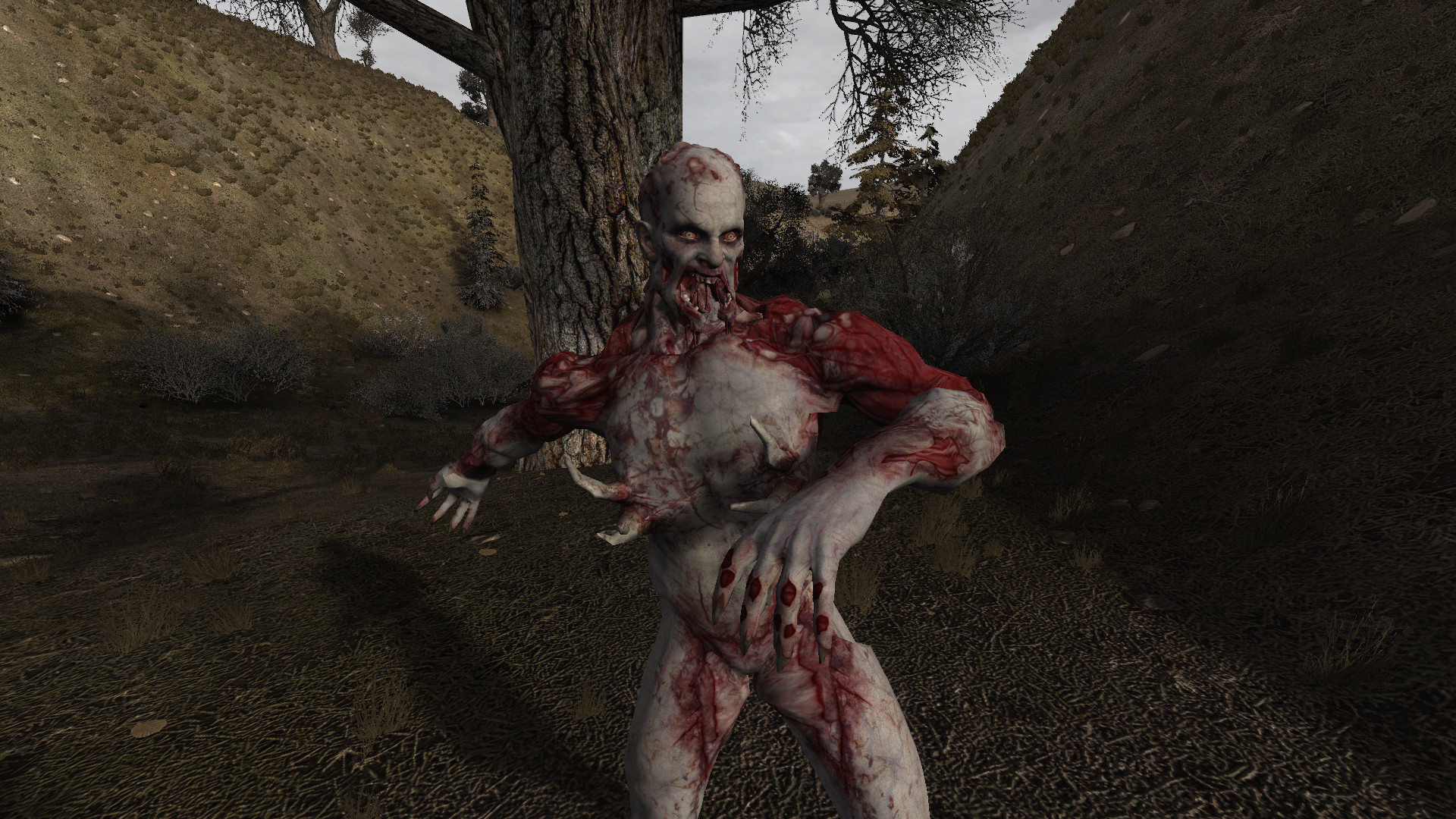 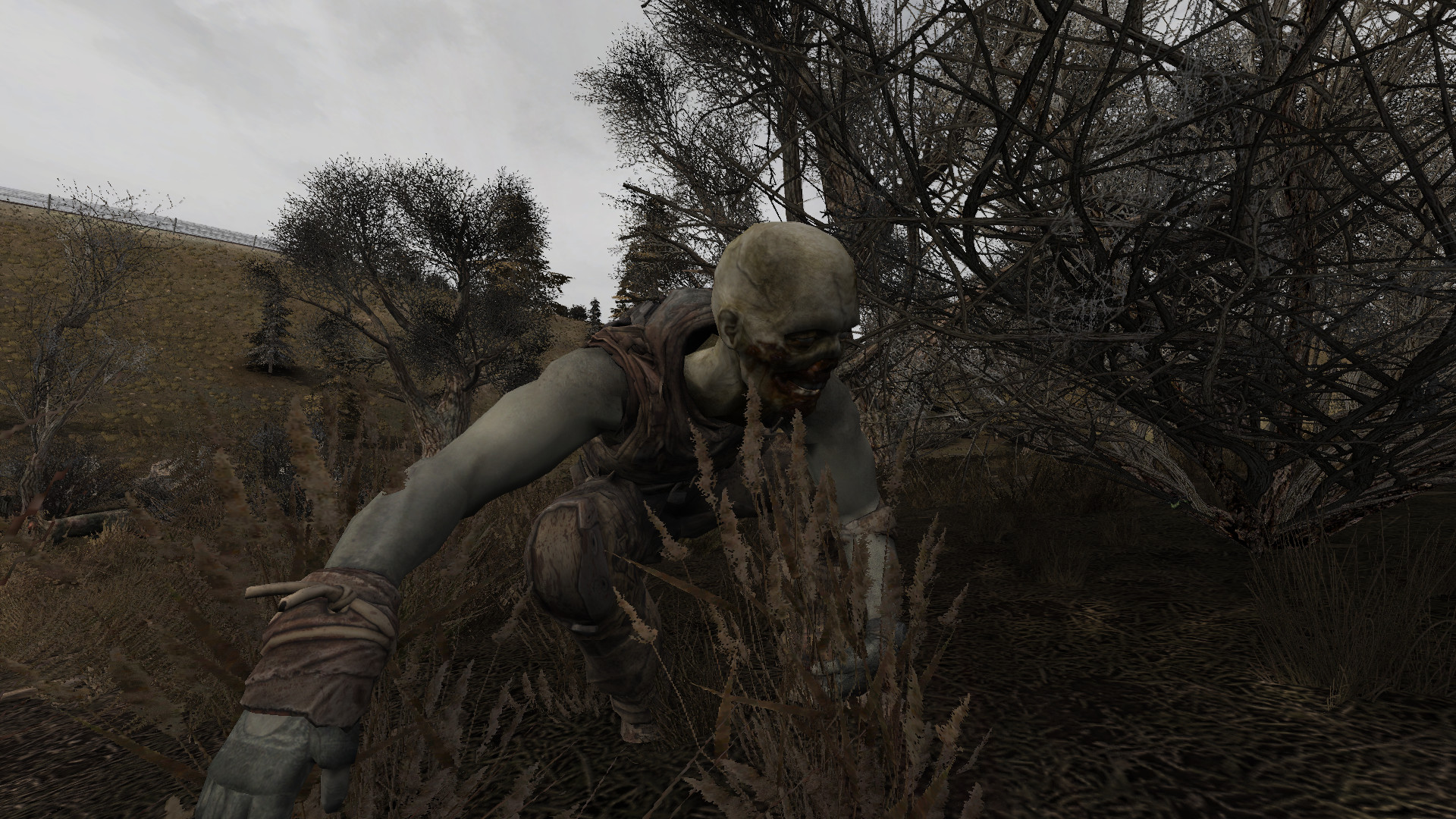 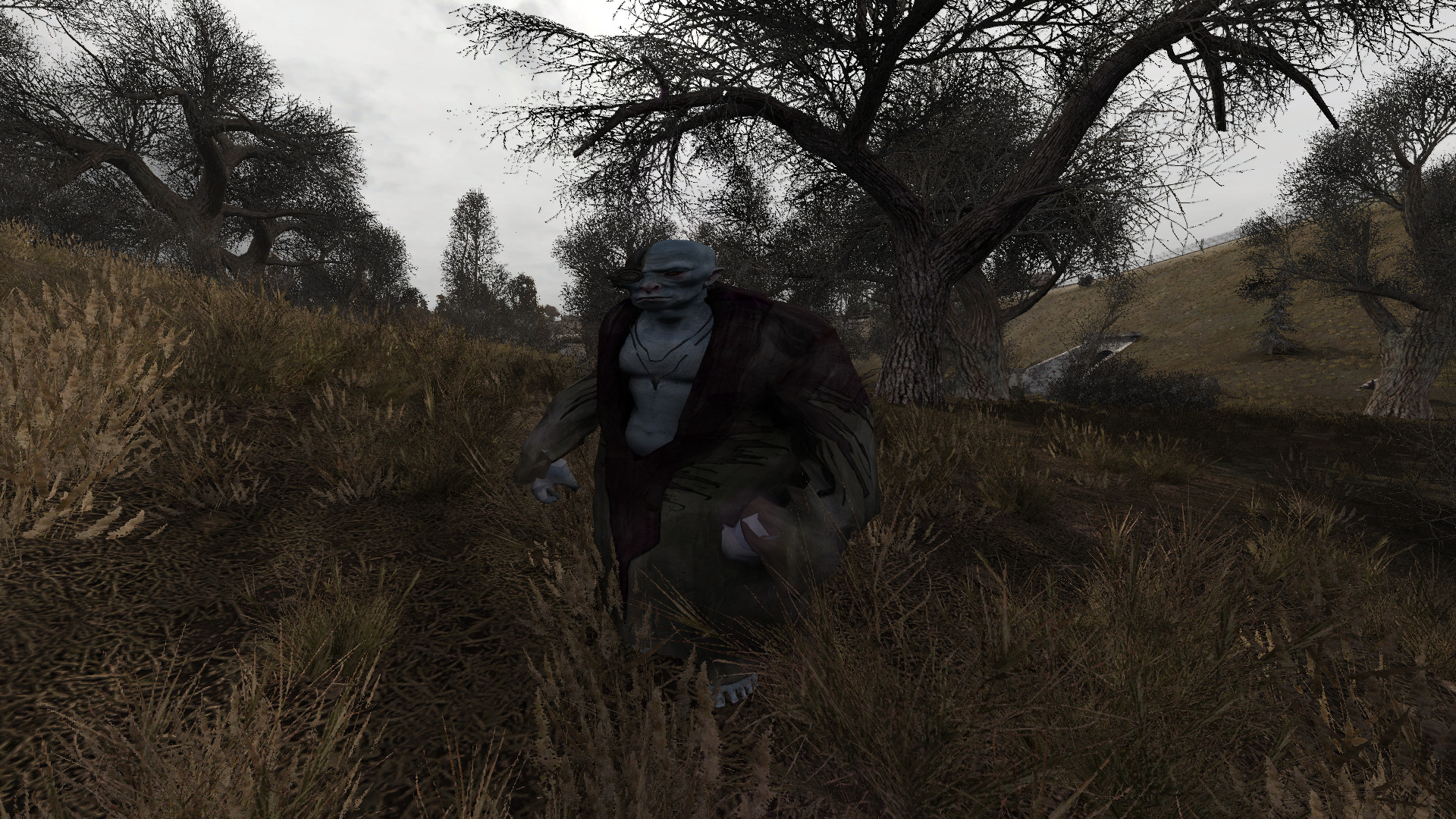 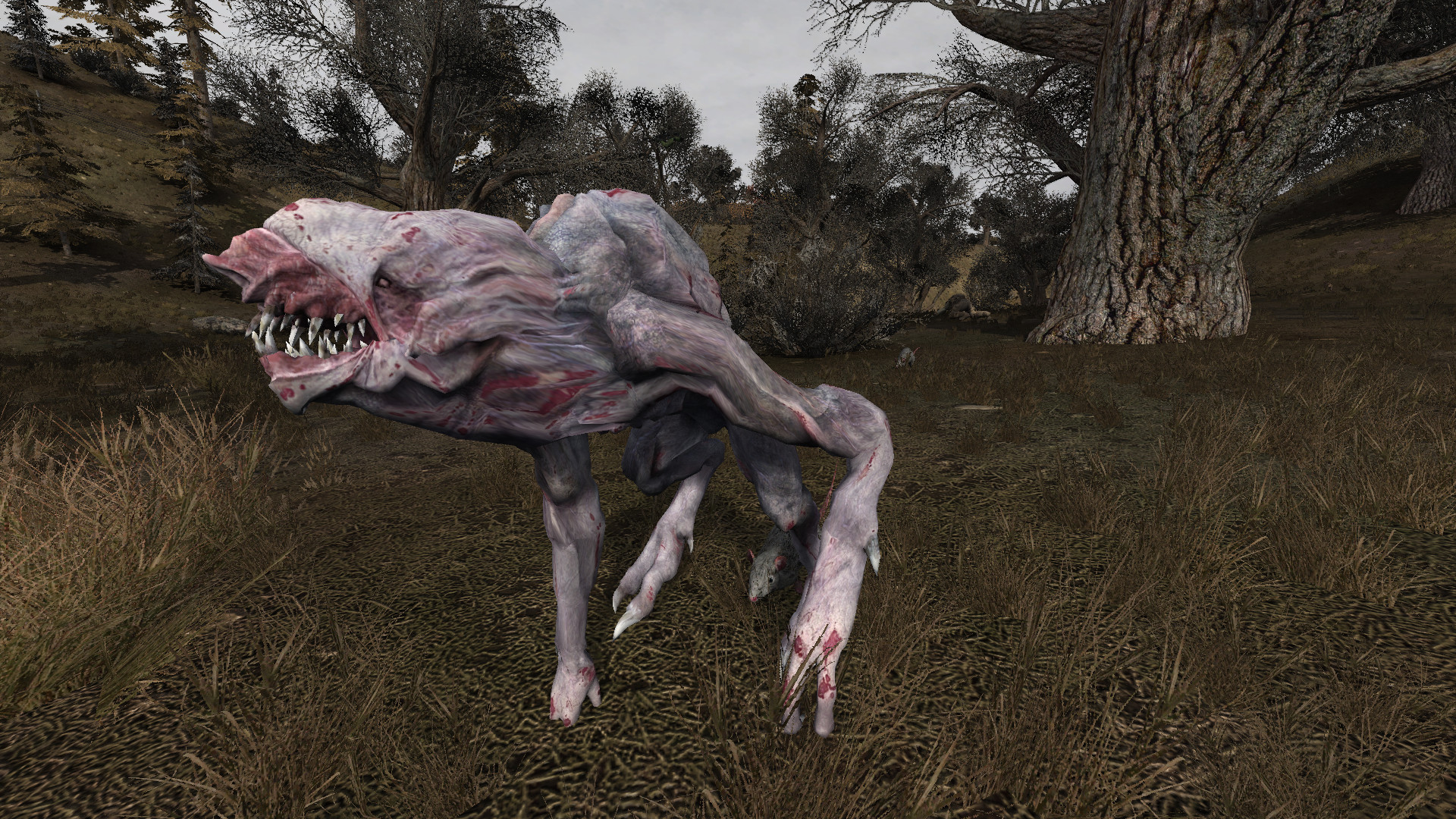 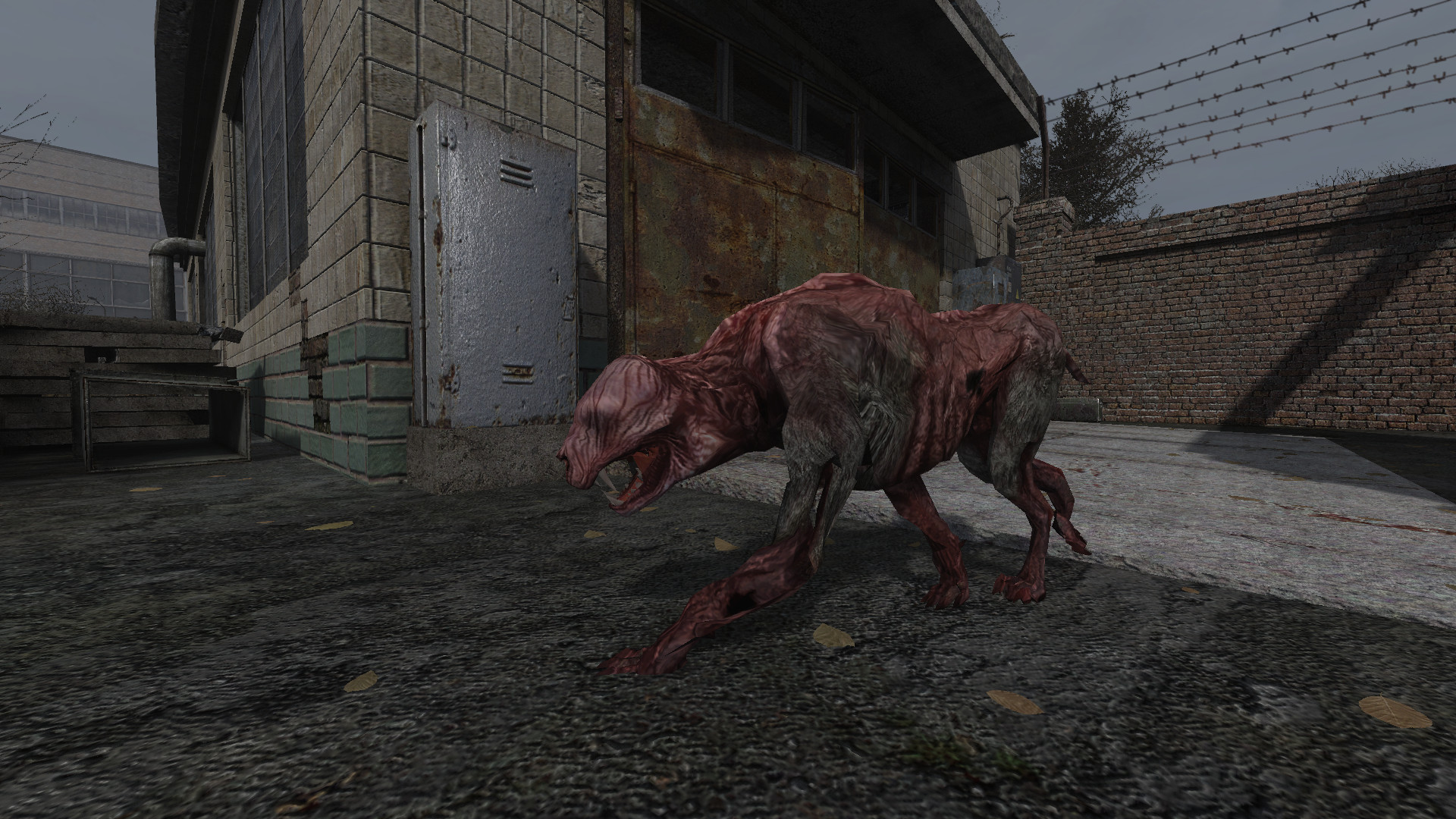 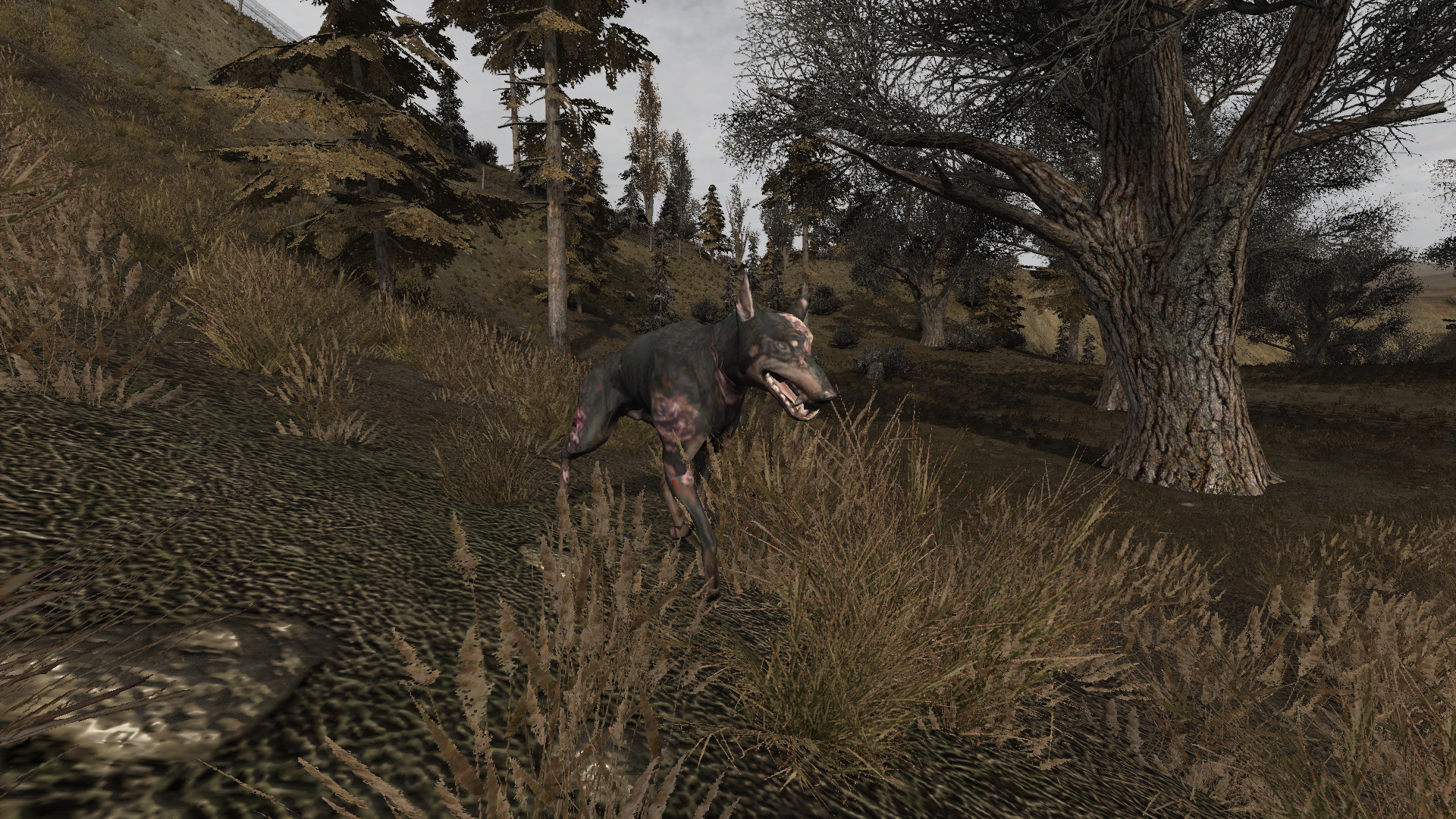 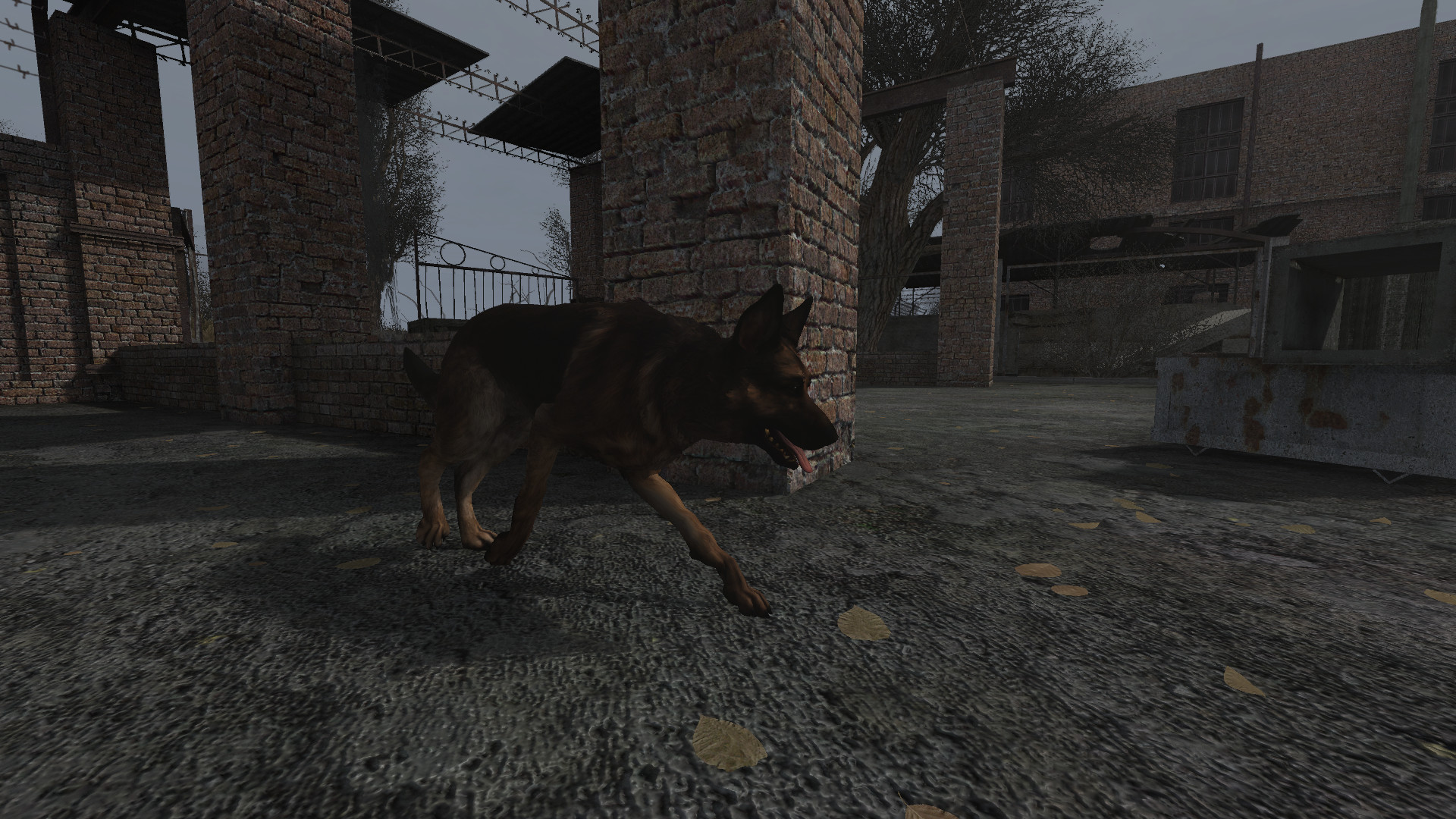 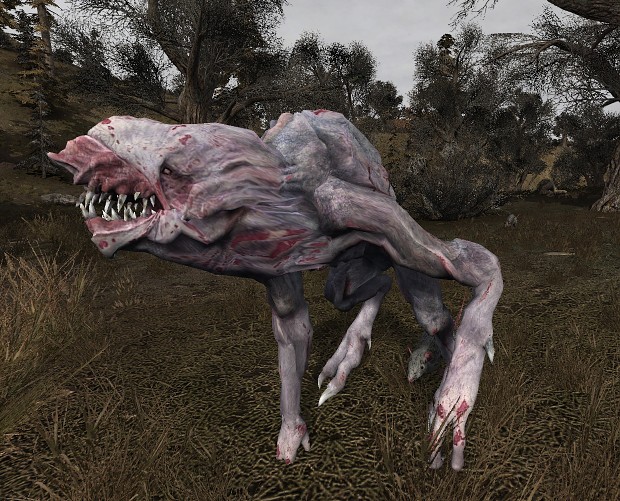 IMHO the 1st pic would do great for the blood sucker. (not taking into account color, contrast , etc...)

That my friend, is the Volatile from the game called Dying Light

Lmao, those are both fun games though

First picture is a Volatile from Dying Light. Nosalis "could" be this 4th picture.

This is nice, on its own.
True, some claims that there is no need for stalker-with-resident-blahblah, but no accounting for tastes, I think.
Like what... "Somehow the Zone expanded and more mutation processed to produce such, say, Monsters, and..." may this storytelling fits, so it is nice, on its own. I'll take it for myself, might find more fun.

That doberman looks like those cerberus dogs from resident evil, awesome!

First, this release of Thales' mutant mods is MONUMENTAL. I've literally waited YEARS for a mutant replacement mod to be readily available to STALKER fans who don't have the skills to import them themselves.

Second, it was released for Call of Chernobyl, in my opinion, THE Best mod ever created for the STALKER community. It's FLEXIBILITY for adding altered assets is its greatest strength. It makes the STALKER universe alterable to the PLAYER'S tastes. Such a treasure!

Third, Thales released the mutants in an extremely thoughtful way: a player can literally add a new mutant one at a time. If a player doesn't like the "look" of a mutant, then there can't be ANY complaining about it, because he's NOT FORCED into using it. There are a lot of amazing Russian mods out there that add different mutants to the game, but a player has NO choice as to which ones are added, and they usually come with significantly altered game mechanics as well (to see what I mean, examine ferr-um's Novaja Mutacija mod here: Stalker-mods.clan.su ). The player is STUCK with the ENTIRE package. The fact that Thales went through the extra work to setup these mutant packages the way he did is VERY generous of him, and I am VERY grateful for it, and I dearly hope that the rest of the CoC community is able to deeply appreciate it as well.

For the community to understand my TREMENDOUS enthusiasm for Thales' latest release, go here:
Moddb.com

At the above link, I layout the case for why community members would want greater diversity in the Zone. I also present "plausible" explanations for why and how these different mutants would appear.

I'll be upfront and honest about this, I would love to one day see a modder who goes to the lengths that ferr-um did in diversifying the mutants in the Zone but WITHOUT making other gameplay changes for CoC. I don't know how he did it, but he added a ton of new mutants to the game while also still using the default ones. He even added the Tarq! It truly is stunningly immersive to see a pack of ravenous dogs who are made up of MIXED BREEDS. In the default STALKER universe, the dog packs are made up of a single breed - how likely is that? ZERO.

Keep on doing what you're so kindly doing Thales. I'm a lifelong supporter and I'm very grateful for your hard work!

Awesome. Now they just need to be much more tougher.

No need to apologize for one's English skills.

Unfortunately, I can't understand a single word of printed Russian, which makes your English skills far superior to my Russian ones.

I'm happy that you're here, doing your best to participate.

For STALKER fans who don't like the appearance of some of these OPTIONAL replacements, keep in mind the following...

Thales, or some other modder, could supply multiple models for a replacement. Thales has already done this: he's given us the option of THREE different possible replacements for the blind dogs. He (or some other modder) could import multiple choices for each mutant type, if one visits my forum thread, there are quite a few options for the Bloodsucker.

Someone may come up with a "mega" mutant-overhaul mod, an addon that adds mixed VARIANTS for each mutant type and they're ALL present in the game-world at the SAME time. The Novaja Mutacija mod already does this, there are mixed breeds of dogs making up a pack of blind dogs, and there are several different types of "snorks" that occupy the same map and that also travel in groups. I imagine that this requires more work to accomplish, but it looks really great and makes the world feel far more believable.

These may already be in the works - we don't know yet, so have patience. In the meantime, enjoy what's been gifted to us.

I know I will.

Thanks a lot, but you certainly has much more on this than me, by creating that awesome thread.
Btw the real hard job of creating from scratch / porting was done by the modders mentioned in the credits, and a big thanks also to the great modding site Stalker-mods.clan.su .

Well, thank you for the too generous compliment.

It took me about 4 hours to write that initial post, and 6 hours to comb through all of the original links, but I couldn't get them to work in Call of Chernobyl.

YOU are the man getting that all important job done. So my gratitude will just keep coming your way.

Possible to get spider models[and spawns preferably,so it wont be just a replacer] from doppelganger 7.64 mod?

Yes, model pack #2 gonna bring them in, from Metro Last Night, but still as a replacer, maybe later, if nobody releases something before, i work on spawning the new mutants.

I'm thrilled to hear that you're seriously contemplating releasing an alternate mega-mutant-diversity-spawn pack, the thought of that makes me a VERY happy man.

I watched a number of videos of these mutants at work. If you port over the Metro spiders to STALKER, please do what you can to speed up their animations. The ones that I've seen in Call of Pripyat move extremely slowly.

The look terrifying, but in terms of game mechanics, their ultra low speed makes them far from menacing.

Good luck to you on this.

They are some fast s.o.b., believe me.

Take a look, cool enough for you ?

I few minutes ago i give up, i dont managed to make it work, but i dont know anything about modding, just watch a russian tutorial, hope you have better luck comrade!!!

Do you mean the spiders ? Have you checked my video ?

Yes i did and is awesome, but i also want to add other mutants, i think the problem is with squad_desc.ltx because the game always crash when i edit it.

It looks like Thales is the one getting the job done.

What would be just as nice, is if someone else can start integrating the AMAZING looking meshes and skins for replacing the NPCs.

See my thread here regarding that topic: Moddb.com

Awesome! was just thinking about something like this when that wolf addon came out.

Do you recommend a new game for this mod?

No need of a new game, it only changes models and textures.

So do these replace the existing mutant models, or are they a new variant?

Why using German sheperd. I have this dog and love this dog. I Can't shot him. Any way how to make German Sheperds friendly?

That makes it worth the horror. You have to shoot something that you love or used to but the Zone has corrupted.

Wait so this keeps the original models but also adds new ones?
I also see a couple of comments about this being a monster port from Novaja Mutacija or something, what's the difference between the two?

Its not working for me. Overwrote the files in gamedata seeing the same monsters.