These are Ogg Vorbis versions of the Ultimate Doom soundtrack, created for the 20th anniversary of the release of Ultimate Doom back in 1995.Rather than just synthesize the soundtracks with a better soundfont, I decided to create my own interpretations of the soundtrack using Linux Multimedia Studio. The focus is on a more ambient feel, although some of the tracks also have a metallic element, depending on what I felt did and didn't work well for particular tracks.

THE FUTURE:I plan to do soundtracks based on other MIDI game music. Doom 2, Heretic and Hexen are the most likely targets. 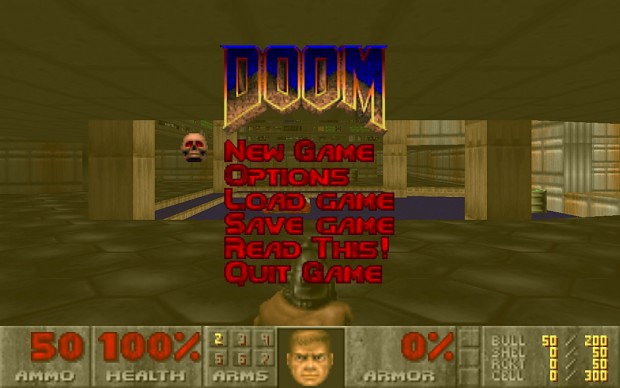 Sry if I'm to new to doom. But how are ogg files usable in GZDoom or Zandronum?

In the case of GZDoom, you can insert the OGG files into a custom WAD file using a standard Doom WAD editor (both SlumpEd and SLADE worked for me) and then load the WAD file with GZDoom (e.g. typing gzdoom -file music.wad at the command line). I would hope that Zandronum and other source ports would be similar.