I made the shotgun look like the Doom 2016 one. It's pretty fun to use. As for the super shotgun, I took the Doom 2016 SSG from Insanity's Brutality and used it for the new Super Shotgun. I edited the blue shells to be red shells, it was a pain, but it was worth it. Now this addon took a while, but it's really great! I also improved the Blaster and Plasma Rifle sound effects to sound like the ones from Doom 2016! #doom :) Enjoy! (Modder's Note: This mod was made while listening to the Berserk OST, and copious amounts of the Doom 2016 OST! \m/ \m/) I also hope SGTMarkIV is OK with this addon being released. :3 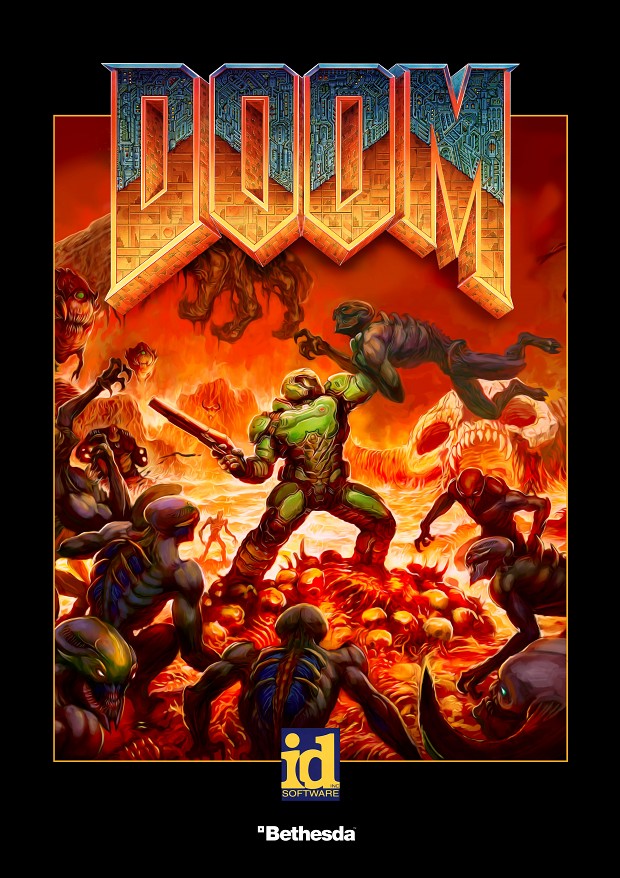 Aren't this related to Anime?

Same here, why upload it here?

Because.... Berserk! :D Guts is Doomguy! Doomguy is Guts!

If I could mod it in, I wish I could create and mod in Dragonslayer.... but alas I haz not the modding skills. :P

still though, kinda weird to upload something related to doom, the game that represents early 90's USA, in an anime group, i mean, beserk is mostly related to dark souls, which it inspired, so i find it rather odd.

Yah but to me Brutal Doom feels kinda anime in the sense that it's quite dark (if you play PSX Brutal Doom) and it's pretty much like Berserk.... only thing is we don't have Dragonslayer yet. :(

Anyway, Dark Souls is a great game, but I've always wanted a Berserk game where you feel like Guts. :3

you do realize there is a Beserk game in production as a spinoff of dynasty warriors, right?

What is this thing doing in Anime fans? :D

Going to try it.
By the description sounds promising.

I'm just going to recommend it to the anime fans, because if you love Berserk, you'll love Brutal Doom. IMHO Guts is Doomguy, or Doomguy is Guts.

Figure it out with the recoil of the weapon. A complete mess. Are you tried to play on keyboard only or without mouselook?

It's meant for mouse and keyboard, mouselook on, I didn't make this. Mark made this, I just tweaked it a bit to have better sounds and more 2016 looking weapons.

The recoil of the weapon is made in different ways. The crosshair returns to the center not always.
Are you a fan of copying bugs? Mark is a separate issue, to do bugs with so much experience - just a disgrace. You have the opportunity to fix his bugs and make right.

Well I don't know how to fix his bugs. That's the thing man. If I knew how, I'd do it. I'm just a sprite and sound replacer guy. Some people call that modding, some people don't.

My Sporadic Deaths and Decorations mod was only made by me figuring out how to reverse engineer the code, so I can make my own code for new deaths.

That took a while.

I don't get it, so is this suppose to work/compatible with Brutal Doom?

And some screenshots or videos please

Yes it is. It's compatible with Brutal Doom. It's no different than the Version 2 of Doom 2016 Test Weapons.... it's just better sounds, and better-looking weapons.

It's just an improved version of what Mark released. :)

I was going to redraw the akimbo one, but I'm too lazy to manually draw the other one. Because I can't find a no-hands version of the SSG sprites I'm using. So for now, just pretend that akimbo SSG doesn't exist. :P

why don't you just flip the other sprites horizontally?

I'll just leave it alone until someone more professional than me, can fix it. :P

How can I make the berserk pack last for the whole level again?

IDK on that myself. I just type give berserk in the console a lot. :3

I SERIOUSLY need help getting this to work. If somebody could give me step-by-step instructions, that would be awesome

Copy and paste this with Brutal Doom v20. It's done exactly like how Mark's pack is my friend.

Step 2.) Find where your Brutal Doom is located.

Step 3.) Right click on this file (downloaded I presume) and paste it in the Brutal Doom location.

Step 4.) Drag your mouse and hover it over the files you use to play Brutal Doom with including the weapons pack, right click and press copy.

Step 5.) Back out and I presume GZDoom is there.

Step 7.) Select the Doom game you seek to play Brutal Doom v20 with.

Thanks, but im using Zandronium

Oh then just do the same thing except with Zandronum. :)

I just tried this and I keep getting the "Script error, "D4WeaponsforBDV2b.pk3:decorate.player.txt" line 9:
Unexpected 'Doom 4 Weapons' in definition of 'Doom4Guy'" Which you say I need to load after Brutal Doom but You can't really setup a load order with copy/ paste?

I actually got it working, I could not for the life of me get it working with GZdoom, I had to download Zandronum and set it up on the server list with Brutal Doom first then the weapon pack.

The dual ssg is actually with v.2 sprites, but good job, i love the new Shotgun and ssg sprites and the pistola sounds
Also i do a video with this

Thanks. I tried making it the best I could. :)

I can try; but my sprite work sucks. I will look in the Insanity's Brutality mod to see if I can find Dual Doom 2016 new SSGs.

what does it mean when it says script error

Just use it with Brutal Doom.

I had a question on the Doom 4 addon. how do i get the upgrades for the guns. and are their any zoom in optoins with the rifles besides the sniper one?

for some reason mine doesn't work at all. No matter what i do I can't get it to work. Maybe it's because I run Brutal Doom on Zandrorum, but if anyone knows how to fix it please tell me.

Its not working for me:

"Execution could not continue.

Sorry, wrong screenshot.
It is this one: Prntscr.com