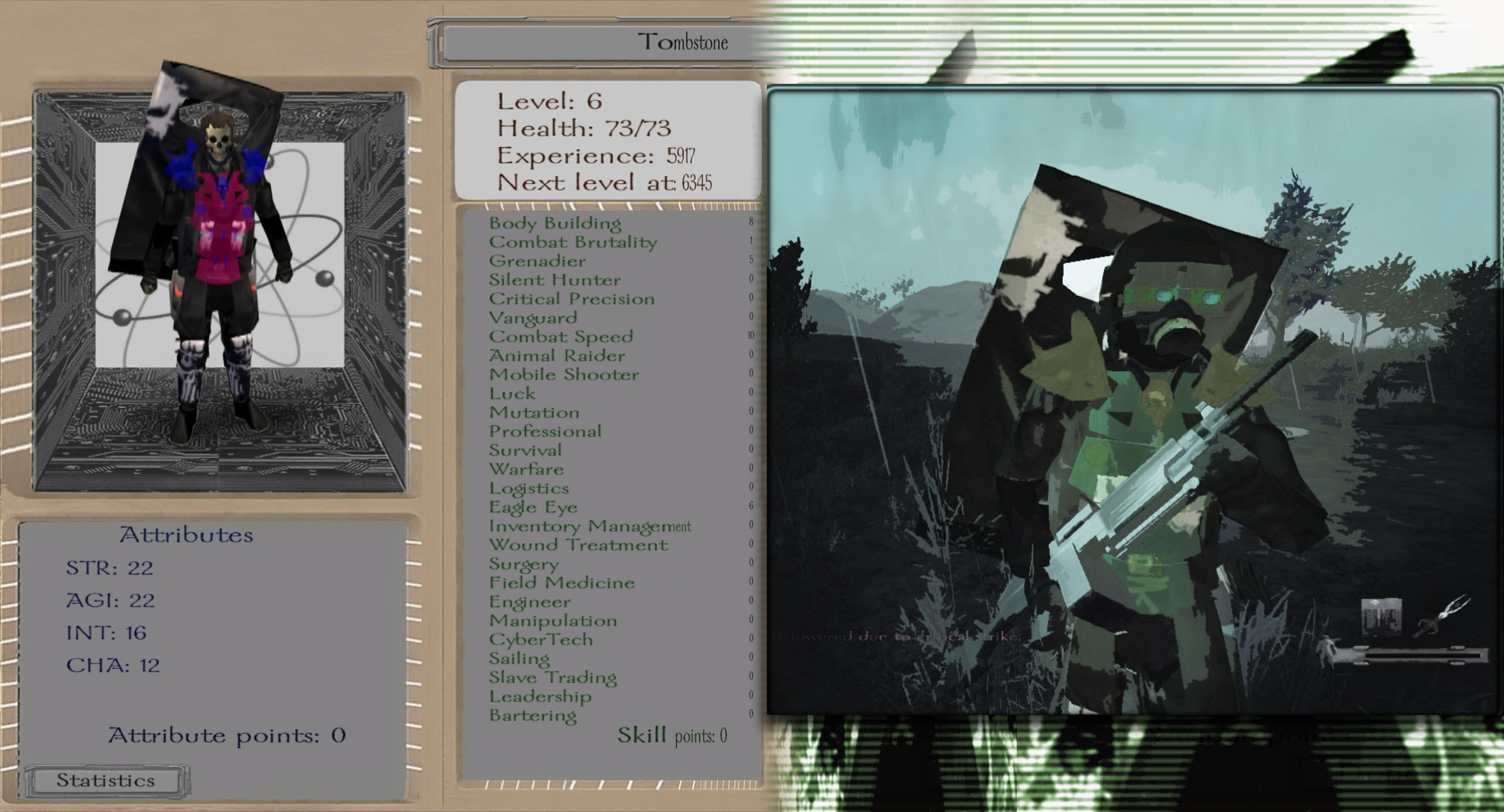 Videodrome - most cyberpunk concept ever created

Drugs, narcotics, soma, entertainment, pleasure. Gratification. Our world becomes more digital, and more 'dematerialised' - in short: part of our life happens in something that Jean Baudrillard named simulacrum and Terence McKenna calls perfect synthetic drug, trying to convince us we are all addicted. Each year our life become more digital, does it mean that at some point we will completely dissolve in new non-material abstract world? Do we really need evil machines like in Matrix to lock in into digital reality forever? Why, if currently no one forces us to do so, yet we happily transfer parts of life - and there is huge part of society for which this new reality is far more important than normal life.

Let me present you two most powerful tools when it comes to analysis, efficient thinking and designing conclusions. I have realized how to use them, thanks to a former Russian spy, a GRU agent to be specific, currently - in my humble etc. and thousands readers across the world - one of the most important/interesting historians of our times, author of Icebreaker, Victor Suvorov. My focus is on fragments of his book, when he describes his training as agent.

To easily judge and make basic conclusions it is good to use 'scale method'. By judging state if single unit, single human being for instance, we can elaborate on humanity as a group. Another example: geopolitics often uses concept of a living organism to describe a country. It needs resources, it needs to grow, expand, and so on. Many political conceptions based on such interpretation. (See also: link)

Of course - you don't really special intelligence training to understand that in film, or literature, main character often symbolizes group, or whole nation.

Why I am writing about these 'tools'? If you want to be a phasonaut - flow in time, culture, travel, you need to learn how to walk first.

Another very useful trick is to remember any book or movie as a single sentence description. If you train often yourself to do it, you will easily create your won memory library.

Last thing. This article represents various, but often rather morbid visions of us as humanity. Just by the fact of presenting them I don't want anyone to think that I agree with them. The same should be for you. My personal motto is: It is better to discuss with wise, than agree with fool. From each discussion we can learn something useful. That is why I try to keep my personal opinions separated from informations in article. Of course - choice is always personal, in this matter Paradigm Worlds is obvious key.

My personal choice was Paradigm Worlds, as a form of narration. There is a very good site that describes my attitude to whole project, better than I could, please see: PARADIGM WORLDS Site - Timigi

As you can see you, readers, players, you are part of Paradigm Worlds. 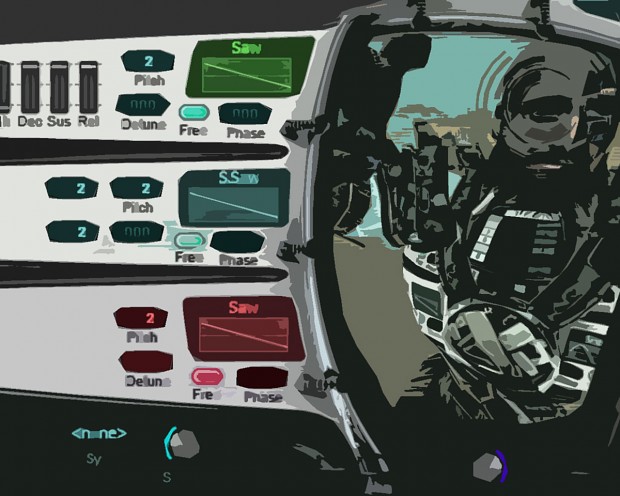 Let us start with the bad news. Terrance McKenna says that Television is the first synthetic drug. It does not cause physical side-effects (or they are not obvious), it easy use, it is massive.

Generally it fills perfectly description of Soma from New Brave World, which was supposed to be a dystopian future satyre, and actually it seems is rather to be our current world. We don't have to agree with every word, but I think it is worth at least have a peak. Now, we understand that TV was only a first level of process of transforming our life into more abstract, non-material form of living. Going forth Internet is next level and... maybe there will be another level in time. Or we will stop here, and VR reality will remain niche.

There are already many scientific analysis proving that addiction to pure pleasure can lead us to death or suicide. There were experiments on rats (very strong self-preserve instinct) that practically electrocuted themselves to maintain pleasure.* Scaling it to maxi-conclusion does not prove that we are meant to commit suicide by 'interneting' ourselves to another reality. It is just concept strong enough, worth of considering as a warning.

*Unfortunately - article in 'very popular science magazine' on which I base that story is currently paid, and I decided not to link it.

Warning. Like a comet, that has a chance to hit Earth. Chance is very small, yet there are science stations monitoring space for such objects for our safety. We can can compare writers, directors, artists in general - to such stations monitoring our human condition.

This is also Paradigm Worlds goal to be a form of narration circling around such ideas. Instead of book, or movie - which are not interactive, and linear in 99,99% - games may engage players/readers and invite them to be a part of story. Paradigm Worlds are also a game a story about - if history will repeat itself?

There is a good quote for our travel. It comes from Hannibal, phrase is said by Gillian Anderson - it is how I remembered it:

Optimists think that we live on the best possible of all worlds. Pessimists are afraid, that actually optimists might be right. 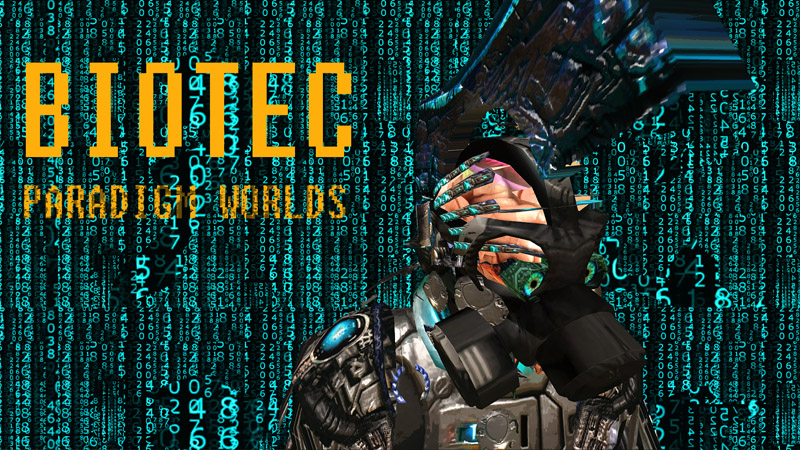 voluntary global euthanasia - what is videodrome

Originally, Videodrome is a title of David Cronenebrg's film. It's meta-story is about a new wave or reality, that is very addictive, reality that set its agents to overtake our world as we knew it. This new aggressive reality called Videodrome was supposed to be presented or dosed by tv-screens or special helmets, similar to our vr-helmets.

D. Cronenberg is a man of literature (by education) and like Philip K. Dick [link to previous article] hides important messages in form of usually not taken seriously. For Dick it was SF, Cronenberg had chosen horror.

Now - my focus is more on idea of Videodrome itself. New reality, that will dissolve human being.

This new reality - Cronenberg's Videodrome - It will demoralize or wider: it will strip everything from its meaning. Film action is triggered when main character crosses Rubikon of morality, he is interested in taboo - death as entertainment, (today we would call it - DoD - DeathOnDemand), a pirate tv channel.

So idea of dissolving consciousness in new reality is what I would call the essence of the movie, or Cronenberg's idea.

One more thing about Videodrome. James Woods gave excellent performance in this movie, he was like a Harrison for a Blade Runner. I couldn't imagine that movie without him.

Another Cronenberg's movie - eXistenZ- goes further in searching for border of our perception. It shows us how easily we could deceive ourselves with false reality. It tells us, that it is so easy in the future, that actually - are we really so sure, that our life is REAL? A brilliant expansion of idea originally presented by Stanislaw Lem, let me remind: humanity evolution leads us to a proof that we have been made by someone else.

is humanity going to overdose?

Let us start that there is already interesting book about post-future. What might happen. Judging by recent events - it will not. Some countries already recognized internet - or wider - digital reality as a new plane of confrontation and are preparing for that. Advanced states have their own military networks, some other are working on a new, national civilian network. Generally it safe to say that digital sphere has been recognized as perfect vessel for soft power, or in other words: new weapon of global influence.

No country would allow its precious asset, in which invested money for years, human being, to just dissolve in 'virtual space'. Unless... this new entity could be hired to a work... Or forced?

Can we imagine a cruel, totalitarian regime, using 'ghosts', citizens transferred to virtual-net used in mass to mine bitcoins? Digital-Gulag. Compared to that vision presented in Matrix seems to be almost tempting.

Most probably, for our luck, digitalisation, will be a rabbit-process which we will chase, but hopefully never catch.

It is a shame to admit, but first time I have read Neuromancer, it was after I made most of 'cyberpunk' part in Paradigm Worlds. I was afraid that it will affect me too strong, and my part would not be individual enough. By that time I have 'listened' it many times, and I feel like this is most cyber-punk piece of literature can be. By form, language, concepts, playing with reality, William Gibson s book is not just one of the most important SF books ever, but great piece of culture in general. Very worthy asset to learn and understand. My favorite versions are available in form of audiobooks, or even better - radio-plays.

While Neuromancer storyline orbits around single character (and his world around of course); idea of Videodrome is massive in its origin. A massive delusion, global hallucination. Its's creator in film - Dr. Oblivion is already dead - Videodrome is out of control (God is Dead says Nietzsche) and 'our' new world already is free of any higher power, any absolute. Instead of authorities - horizon of opportunity.

It is amazing how everything fits together, if you break it down to smaller parts. A concept of global hallucination - is also one of the main theme in Philip K. Dick's writer's career. In 'Do androids...' Dick describes situation where reality is eroded, to the degree that district police departments are not aware of their status, they act alone sometimes fighting each other.

Paradigm Worlds is just a mod, a simulacrum.

We, however, can discuss reality on many levels. And before we go any further, to let you feel that we are not just discussing utopian ideas let me show you this screen from google. I made it 13/03/2021. 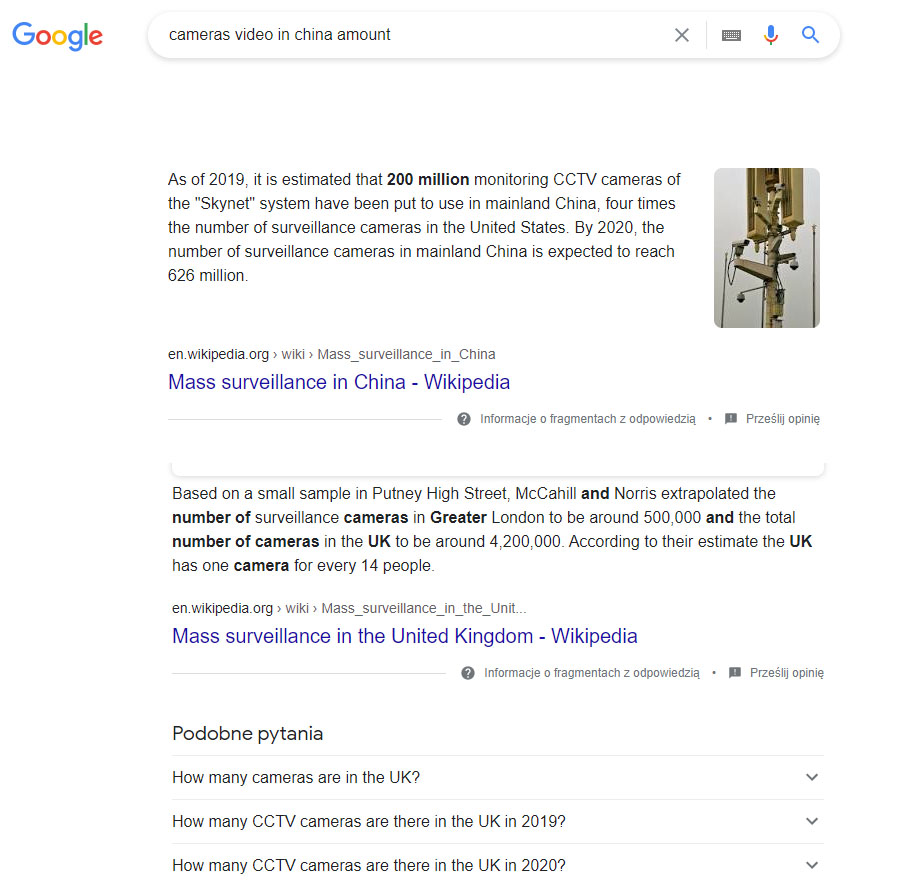 Let us make an experiment, and get back to this link every year. Let us see if videodrome's idea of dissolving ourselves in virtual reality is really so impossible to happen? In original movie, people had to watch screens to go into videodrome. It seems that our reality is even more ruthless - it is enough that cameras and screens watch us.

And... do you really think that our world and Paradigm Worlds are so much different? With dedication to all - Careful _overseer

This is second article of series about reality.

See Article Part 1: On the other side of reality - Paradigm Fuurther