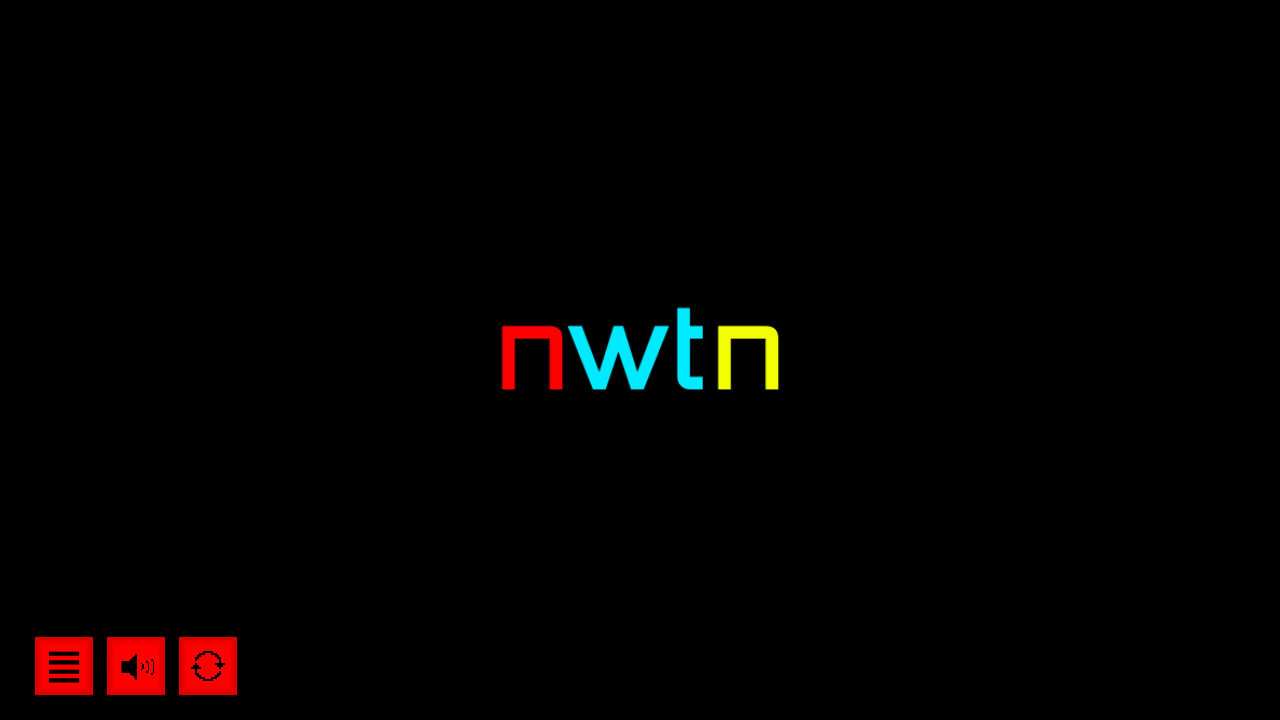 Once the game has started up, you can click anywhere on the screen (Well, apart from the buttons in the corner...) to access the player creation screen. Those buttons access the credits, toggle the sound and reset the game respectively. Oh, and press Esc to exit! 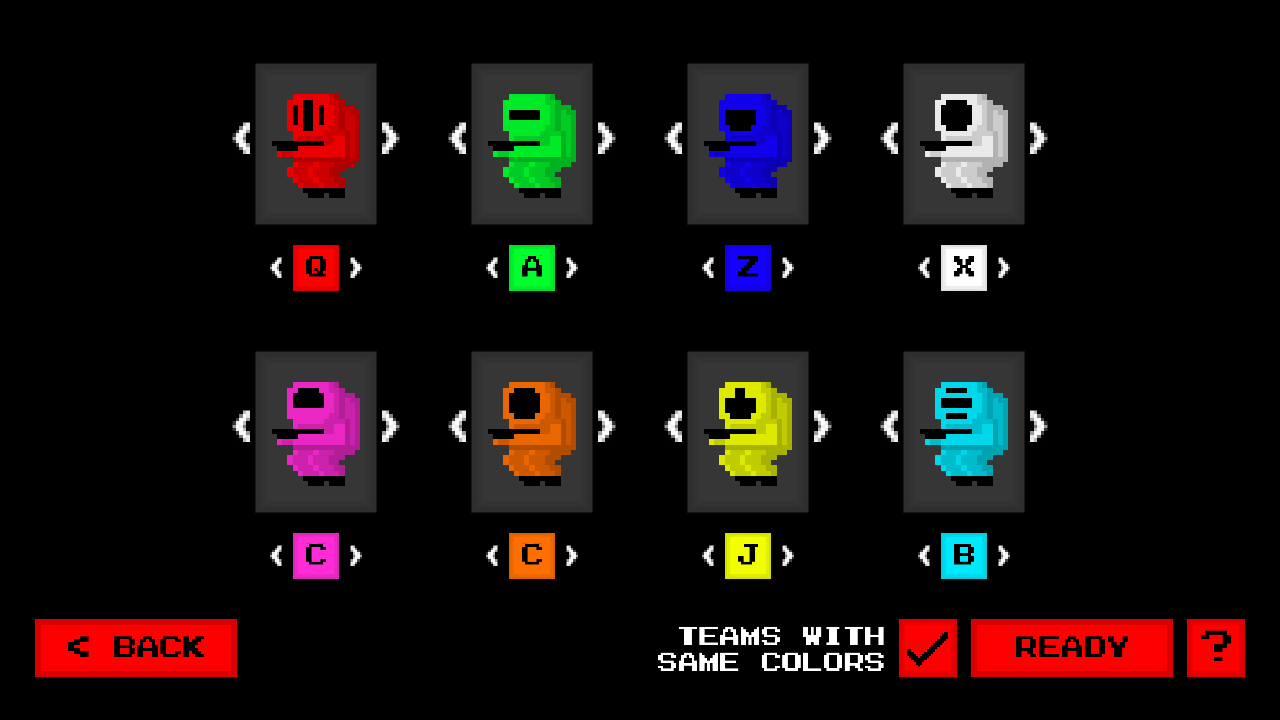 Here you can setup all the players who are going to play. There's actually a help button located in the bottom right corner tyat bringa up a simple guide, but I'll walk you through the menu anyway. Just click the big plus button to add another player. The you can click on a player to remove them from the game. Clicking the white arrows changes the players appearance. There are different colors and helments to choose from, and note that your color determines which team you're on. Clicking the letter underneath the player allows you to change what letter your shoot key is. Finally, the checked box is the teams setting. If it's checked, players with the same color won't hurt each other and share the same scores. Handy for teaming up on someone who's too good.

Once everyone's happy with their character, click 'Ready' to start the game! 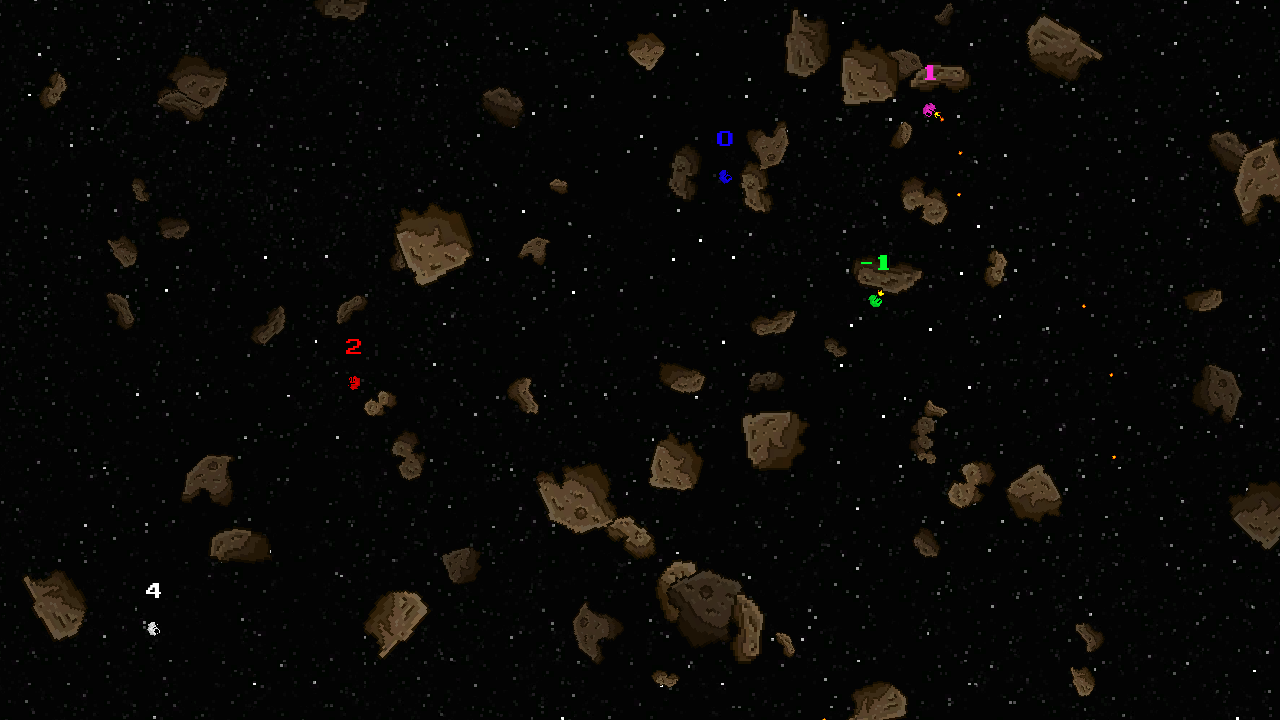 The game itself is extremely simple. Press that key you chose earlier to fire your gun. That's it. But it's how you shoot your gun tgat matters, because this game isn't named after a great physician for nothing! When you fire your gun, not only is a bullet fired out one end, but the force also sends you in the other direction. Normally here on Earth that's perceived as recoil, but firing a gun in space? Ignoring all the 'space is a vacuum and you can't shoot guns in vacuums', you can use this weapon as a jetpack, and as a weapon. Timing your shots allows you to project yourself backwards towards victory! Careful not to fall of the edge though!

Blue's the last alive, so blue is declared Winrar! 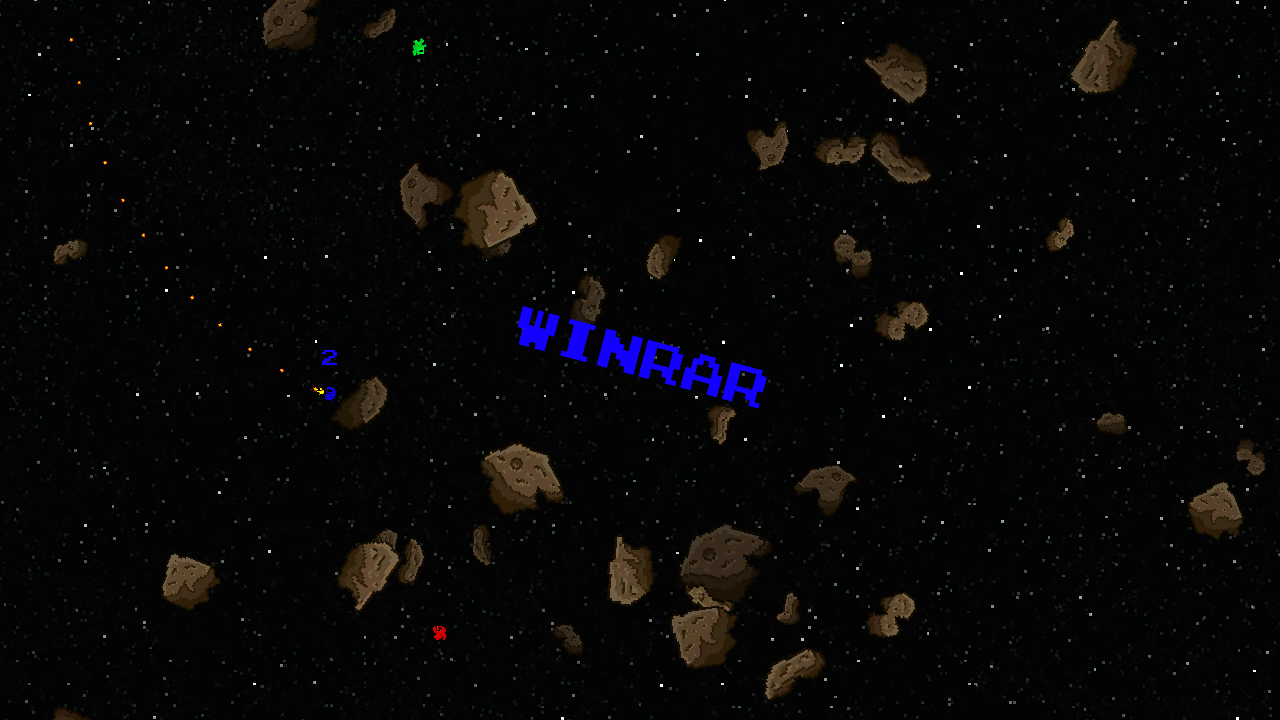 Your score is located above your head when you're alive. You get points for kill other players or being the last alive. But be warned: You lose points for falling off the map! Shameful act... There isn't actually a score limit, so you can keep playing till one of you decides enough is enough and trashes the computer. Maybe to prevent damage to your computer, you can hit Esc anytime to pause the game and access the pause menu. Here you can resume, exit to menu or leave the game entirely.

And that's it! Those are all the controls I could think of off the top of my head. I havent explained any tactics or strategies, that should be for you to find out with friends.