Major Logistic Guidelines Actually i'm recreating the tactical guide for mechcommander beginners and players. Since NoGutsNoGalaxy.net is lost - the only copy of information seems to be the one on my personal backup. I upload the information with some cosmetical redesign here on ModDB. This is Part XIII of the MechCommander/MC Beginner's Tactical Guide:

There are several major guidelines that you'll want to adhere to when selecting and equipping weapons. Although these are not set in stone exactly, 99% of the time you can expect these tips to work. 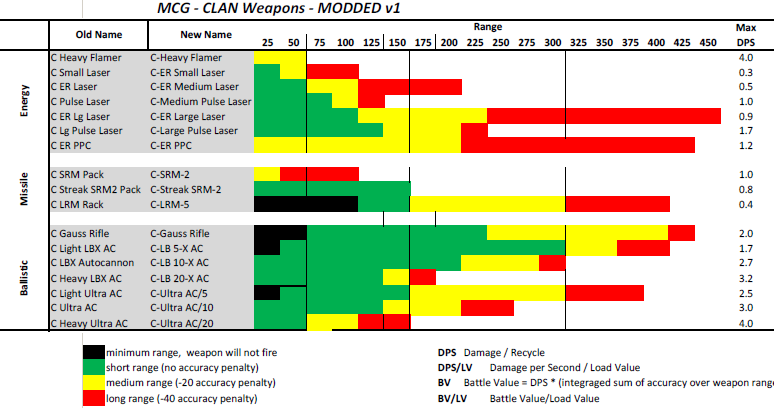 Equip mechs to fight at particular ranges Placing a bunch of Streak SRMs and a Gauss Rifle on the same mech means that unless the mech is fighting an enemy within 50-75 meter range exclusively, at any given point only one of his two weapon groups can fire.

Long Range guns can't fire at targets that are closer than 50 meters, and short range weapons have a maximum range of 75 meters. So in this case this mech will have a severe offensive limit, and in combat this usually means early death.

It would be much more useful to have a second mech equip the Streak SRMs and some extra lasers, and the original the gauss rifle with some LRMs. Now the mech team can tackle close and distant units alike, and both will be able to use 100% of thier weapons within thier respective range groups.

In short: have mechs specialize in weapon ranges, not damage values or whatnot. 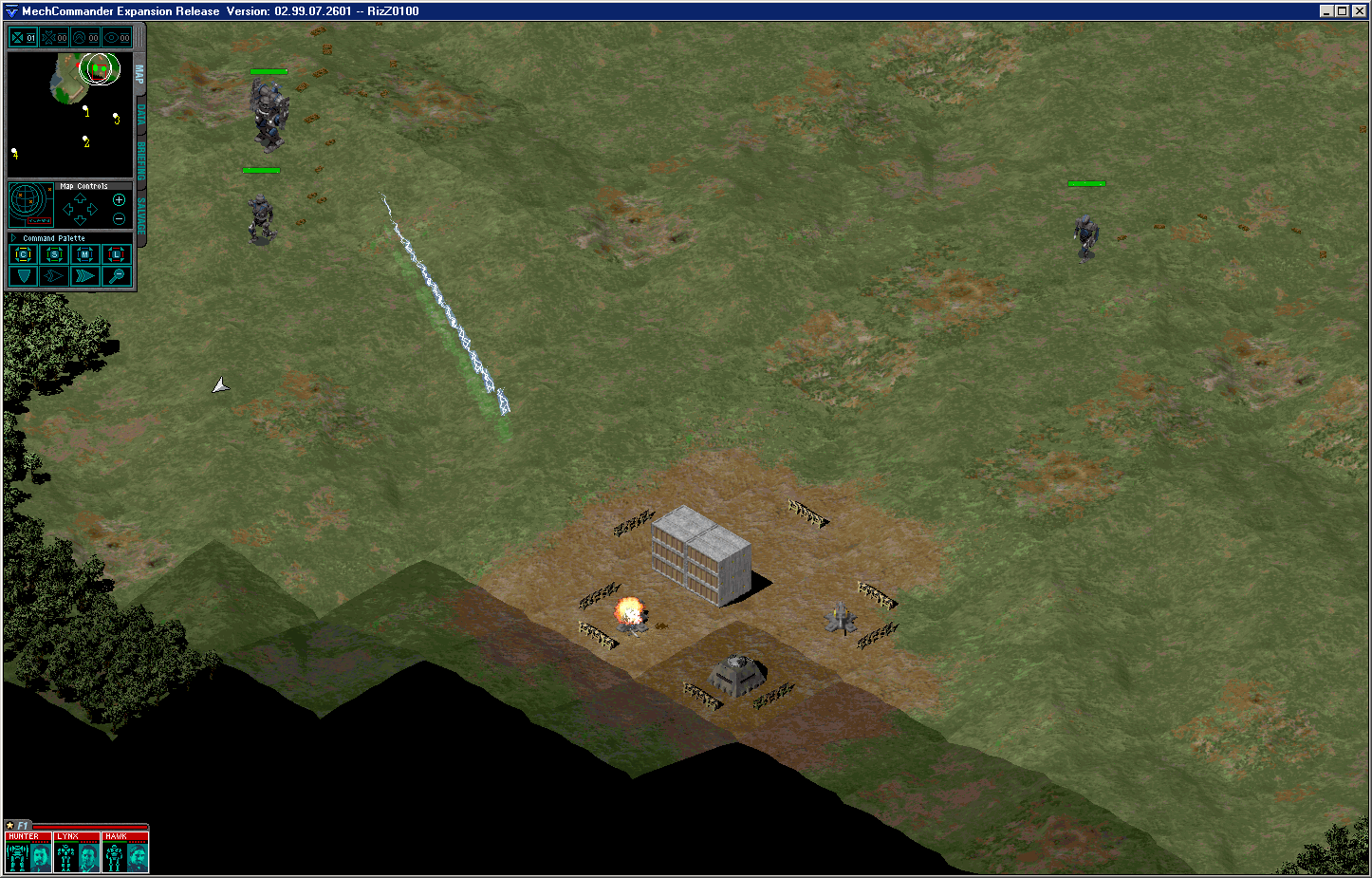 Both are pretty impressive, but when a shot hits, the location it hits is more or less randomized. Some shots will hit the torso, arms, and legs. Since each location has its own armor and internal structure, lower damaging shots might not do anything but damage the armor, while heavier hitting weapons will penetrate it for sure.

SO lets say each group gets mounted on an identical mech with an identically talented pilot, and both are taken to a combat situation where these mechs begin shooting at seperate, but identical, medium weight mechs. Assuming they stay are able to keep firing until the enemy medium weight mechs is destroyed, what happens? 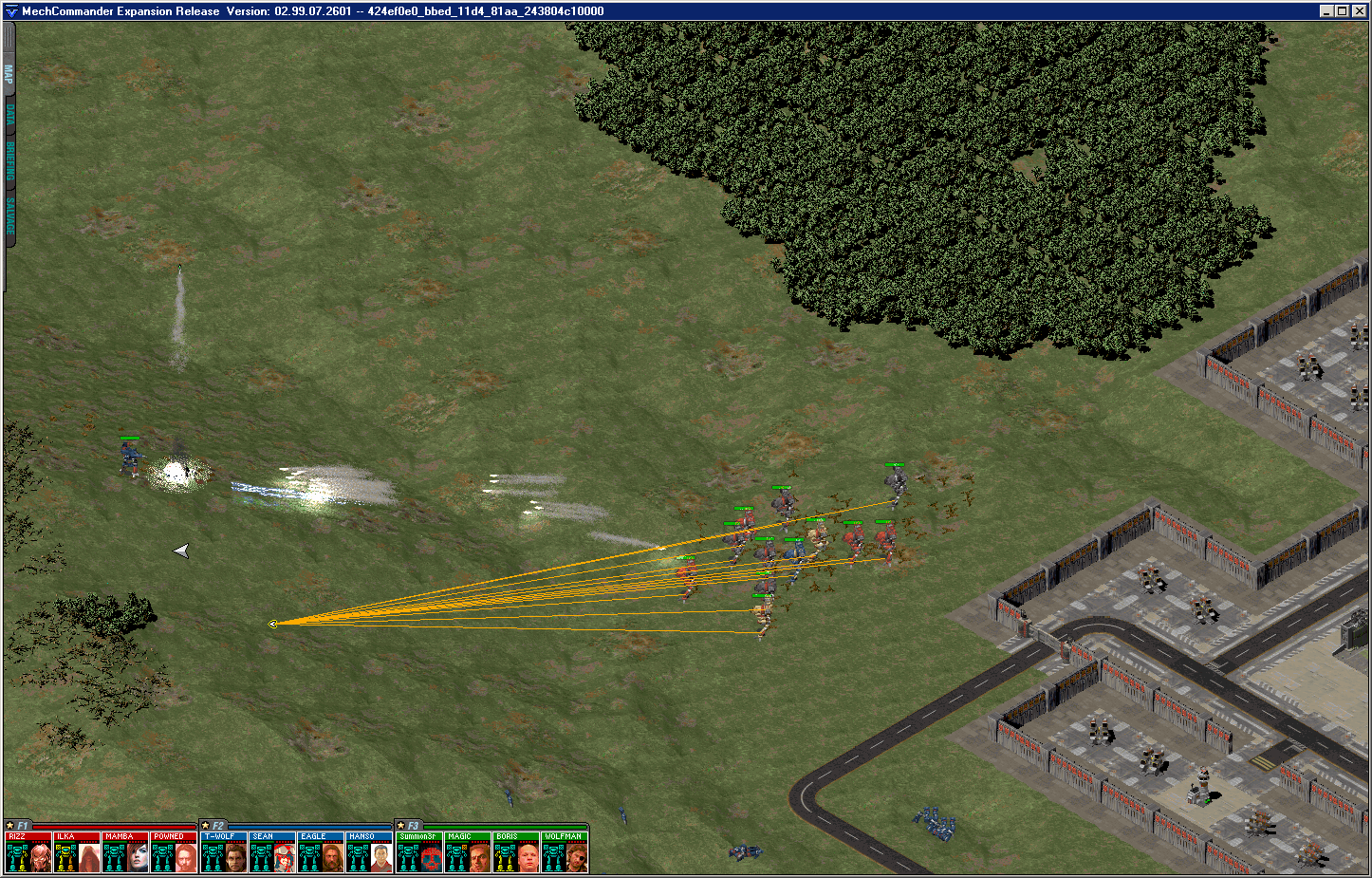 Most medium weight mechs have at around 15 points of armor guarding some body locations, so if three or four heavy flamer shots hit the same area, the armor would suffer 15-20 points of damage and would be gone. Meanwhile the pulse lasers will need to hit the same area around 15-20 times to achieve the same results. ALthough they do fire faster, this result usually takes significantly longer to achieve.

In the end, the flamer mech (usually) will cause armor penetration and internal structure damge at several spots, but with uneven damage levels at the other locations. The pulse laser mech (usually) will only have a target with moderate to heavy armor damage all over. Since the latter mech has not suffered a hit to his internal structure, he will still have all of his weapons operational.
The former will have likely lost some, maybe several, and also likely fallen over at least once (which usually happens when a mech suffers an internal structure hit). Since these locations are most likely the torso, the internal damage done might be done to an ammo bin or engine, both of which could eject the pilot. Either way, this mech has lost a substancial amount of combat effectiveness and will be destroyed soon. Thus, barring profound luck and misfortunes, the mech being attacked by heavy flamers will be destroyed first.

This test can be extended to say that generally speaking, heavier damaging weapons get the job (of defeating your enemies) done faster, which is ultimately what military games like this one are about. Also, by dying faster, this enemy mech has has less time to fire his own weapons, and has caused less damage to your forces, meaning a lighter repair bill, less risk of weapon/pilot loss, and frees up your forces to fight other threats.

But! Lower damaging weapons are generally better at salvaging your enemy's mechs. The Hvy AutoCannon can level most mechs in one or two shots, but since they are very likely to hit the torso, and that in turn is very likely to cause a mech destroying ammo explosion, mechs that suffer Hvy AC fire are, generally speaking, obliterated and not salvaged. That’s not to say that pulse lasers won't cause ammo explosions or that the Hvy AC will never salvage anything, though.

In the above scenario, the mech that is getting hit by the flamers will likely get destroyed faster, but the mech getting hit by the pulse lasers will likely be salvaged. The pulse lasers, while they are damaging everything equally, will inevitably hit the head (and that in itself could potentially kill the pilot).
After going through the armor finally, the lasers will slowly damage the mech just enough to kill it, but not destroy it in the same way the flamers will.

So just how important is salvage? Without it, you have to rely on Battillion to resupply you, which means you will only have IS mechs, IS weapons, and you will get them much later in the game and have far fewer a number of them than if you salvaged them. At the start of the last group of missions (operation cutthroat) battillion will no longer put anything new up for sale. Lastly, and probably the worst of all, without salvage you will only get your hands on two clan mechs in the entre game. Salvage will make or break your game plan.

What all of this mumbo jumbo is saying can be summarized as such: heavy damaging weapons like ER PPCs, Gauss Rifles, Heavy Flamers, Heavy AutoCannons etc will destroy your enemies fast, leaving nothing (literally) lefft behind. Lighter damaging weapons like Light ACs, Pulse Lasers, SRMs, etc will slowly eat away the enemy's health, which leads to higher salvage rates.

A significant part of your weapon choice will be made to balance between the desire to salvage that valuable Clan mech and to simply kill it quickly so it doesn’t destroy your pilots. When you master this artform down, you'll start finding more salvaged mechs in your roster.

Take several weapons with you, one of them an energy one A major problem that plagues Hollanders and Hunchbacks launched in their default configurations is that shortly into the mission, the major gun they have has been exhausted of ammo (or destroyed). Since the designs carry minimal backup weapons, the unit is now near useless. You should never send out a mech with less than 4 weapons. Ever. Regardless what they are. You risk the mech losing a single weapon and becoming a liability.

Even decent sized missions will drain a unit of ammo, so you will *always* need to equip at least one energy weapon on each mech. The *ONLY* exception to this rule is if you know a mission to be short or access to repair bays is guaranteed. Otherwise your unit will also likely become useless after the last round is fired off.

If you adhere to these guidelines, then your armies will be significantly better prepared for the enemy and for unfortunate turn of events.

Need a missions guide to Darkest Hours...also a link to the 4.1 update or even the 5.0 update..Im running into some bugs with the 4.0 release.

Look in the description. That's all i recreated so far.

The 5.0 version is the one im playing on my system hehe

Visit my profile and have a look on "files" and "add-ons" - you will sh.. bricks!