A new version of Zombie Master 2 has been released, containing bugfixes and adjustments made after the first release.

Zombie Master 2 - 1.0.1 has been released, fixing many of the game-breaking bugs, crashes that existed in the first release and resolving several gameplay balances. It also includes an updated version of the FGD. 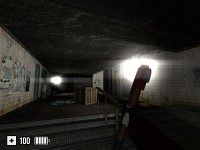 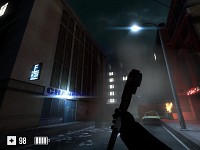 Thanks to the flares I'm getting monster lags. Thanks a lot.

You can disable them in the Advance Options menu in the Multiplayer options menu.

I think that if you decide to put stuff like this in, you should consider adding an option to turn it off...

there is a option to turn it off. Think its in the multiplayer tab under advanced options.

Any servers up with the new update?
Only populated server right now is MFB and that's upgrades and 1.0.0.

No one's playing it at the moment, I suppose the server aren't updated...

now for the fun questions like , hey do we have to uninstall the other zm2 folder for this to work? or will they fight over which one starts and kill my pc??

i found the flaw , the server owners didn't patch so now it says disconnect this server uses different class tables.

yay mfboss is up and patched! i know what im goin to be playin!